Normally, the arrival of an all-new sports-utility vehicle (SUV or CUV – pick one) is not something that gets my “fizz” going all that strongly. Every segment they inhabit – compact, subcompact, full-size, et cetera – seems to be growing faster than an Okanagan wildfire, to the point where certain manufacturers are altogether abandoning the traditional sedan or hatchback – see Ford.

However: when the new utility vehicle in question happens to be a Volvo, I tend to stand up and take notice, because everything the Swedish manufacturer does these days seems to turn to gold. The XC90 is a multiple award-winner, the XC60 is an Auto123.com-award-winning and spectacular – if downsized – version of that and their latest group of full-size wagons are re-jigging the station wagon image as we know it.

So it was with much more anticipation than trepidation that I headed out to pick up my XC40 R-Design tester. Now, instead of doubting I’d be impressed by a new CUV, I was hoping I wouldn’t be disappointed.

At first glance
While I hesitate to use the term “love at first sight” too lightly, what I felt when I saw the XC40 was something close. It was the first time I’d seen one not under auto show lights, and that tends to change your perspective a little.

It looked good when I saw it in those conditions at this year’s New York International Auto Show, but somehow, in the shade of the garage where it’s stored, it looks even better. There’s no fancy lighting for it to hide under here – but it doesn’t have to, its white-with-black-roof paint job pops out from the background behind it.

A look around the car reveals even more neat touches; yes, you have the brand’s patented “Thor’s Hammer” DRLs, but they’re a little more pared back here than they are on the likes of the V90 Cross Country or XC60. For me, the way the side windows come to a nice taper and join first the black roof portion, then the patented vertical taillight lenses after that is great; it’s futuristic without being too over-the-top. Ditto the two-tone 19-inch wheels (standard on R-Design), which are delightful in their turbine-like styling and the way they’re pushed far to the corners, making way for more room inside.

There’s more than an infotainment screen in here. We swear
Speaking of the interior: the proceedings are dominated by a 9-inch touchscreen display that pretty much acts as your entire centre console. There are literally eight buttons on the whole shebang: six for some of your climate and infotainment controls, a drive mode button and one Apple-style “home” button at the base of the screen. Which you will be using. A lot.

You’ll be using it a lot because while the interface looks slick, it’s not all that intuitive, requiring multiple button presses or swipes (that’s how you move through the menus) to perform simple tasks such as activating the park assist feature, or activating your heated steering wheel. The menu pages are quite text-heavy, too, making navigating them while on the move that much tougher.

Luckily, there’s support for Apple CarPlay and Android Auto – allegedly. Try as I might with two iPhones and two different USB cables, I simply could not get the car to activate CarPlay. I’ve tested the feature on pretty much every other Volvo model that offers it, and it’s never given me such trouble. Not sure what the story was here.

That’s a shame, as it made it harder for me to enjoy the excellent 13-speaker hi-fi system courtesy of Harman/Kardon, which seems to be everywhere in the car world these days.

It’s a good thing, then, that if you take the time to look away from the screen, you’ll see that the rest of the interior environs are very stylish, airy and inviting. Thanks to some clever panel work and colouring, this is a small vehicle that feels a whole heck of a lot bigger than it looks. The massive full-length moonroof above surely helps in that regard. It’s standard on the R-Design and comes as part of a $2,600 package on base Momentum models. The shag-carpet-like lining on the doors, but that looks more like a finely-knit sweater than the carpet in your parents’ basement, is a great touch. Volvo took a risk with the material, but they’ve made it work.

In addition to that spacious feeling, I fitted a rear-facing child’s seat, made simple thanks to the shallow-mounted ISO-FIX latches. Considering the XC40’s 479 litres of storage (with the flat-fold rear seats up), the amount of room in the back seat is formidable, as is the front passenger seat with the child seat installed. Trick moves like displacing the speakers from the doors to elsewhere – allowing for larger storage bins there – and a modifiable cargo floor help provide more usable interior space.

Less formidable is the rear seat’s cushion; how flat they are definitely helps with being able to fold the seatbacks flat, but why do they have to be so darn firm? It’s a stark contrast to the XC40’s gloriously cushioned and supportive front seats; in fact, it’s a stark contrast to most Volvos, whose seats are often referred to as chairs by myself and my ilk due to their comfort levels.

Zipping, zigging and zagging
Power comes from a 2.0L turbo four good for 248 hp and 258 lb-ft no matter which trim you select. It’s fed to all four wheels through an 8-speed auto (standard, along with AWD) that gets a slick pair of paddle shifters to go along with it.

You’ll feel the power as soon as you set off; peak torque is available from 1,800 to 4,800 rpm, meaning a pretty instantaneous and smooth power delivery. The XC40 looks compact and thanks to that powertrain, it feels it, too – mostly.

As you start to extend past that 4,000 comfort zone, the experience gets a little harsher; you can feel the engine working that much harder to keep things going. It gets the job done, just not as quietly. Which is a problem likely magnified by the fact that it’s so quiet otherwise.

Power is one thing, but this is the R-Design and there’s more to it than that. While it makes the same power as the Momentum, it gets a stiffer sport suspension set-up that helps reduce body roll and improves chassis response. The result is one of the most athletic compact CUVs I’ve ever driven, a list that includes the likes of the Mercedes GLA/INFINITI QX30 twins, BMW X3 (which happens to deliver the exact same power and torque at base as the XC40) and Lexus NX. There are also Eco, Comfort and Dynamic drive modes (as well as an off-road mode, which would be great for snow but not all that necessary otherwise), which have a pretty tangible effect on the drive. I spent most of my time in Eco or Dynamic mode, as Eco didn’t feel quite as lethargic as other similarly-named modes in other cars. This way I could get the fuel economy (9.0L/100 km in the city) without too much power loss.

As dynamic as it is, the way the XC40 drives in-town – where vehicles in this segment have to do well – was the real take-home for me as there was rarely any doubt in those circumstances that I was in a luxury car. A compact one, but a luxurious one.

Small package, big reward
Which, of course, is a win for Volvo. The XC40 is entering a quickly-growing segment, and it’s well-equipped to do battle there. There will be those who take issue with that infotainment interface, though, so Volvo may have a few sales hurdles there. However: the number of times I was stopped during my test – including by a family that has already ordered their XC40 – suggests to me that Volvo has a real contender here. It does not disappoint. 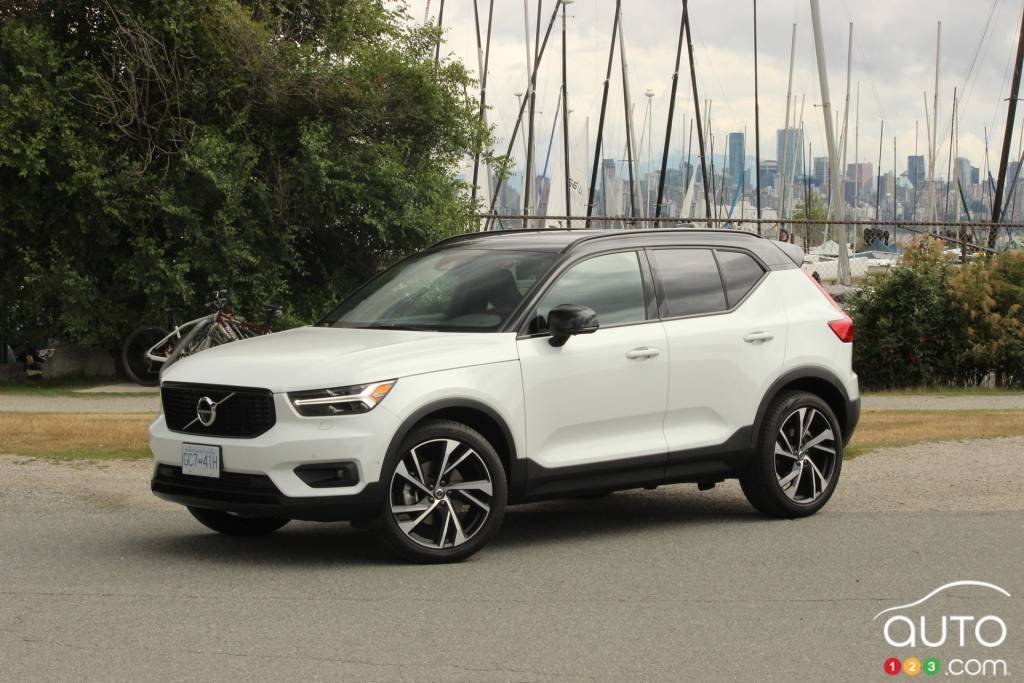 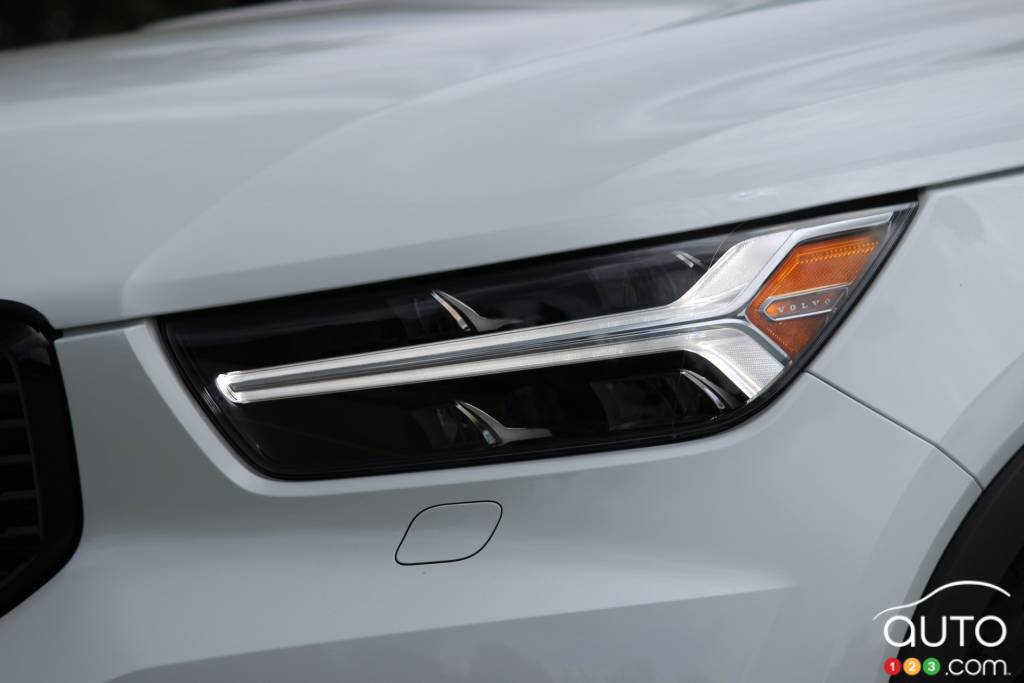 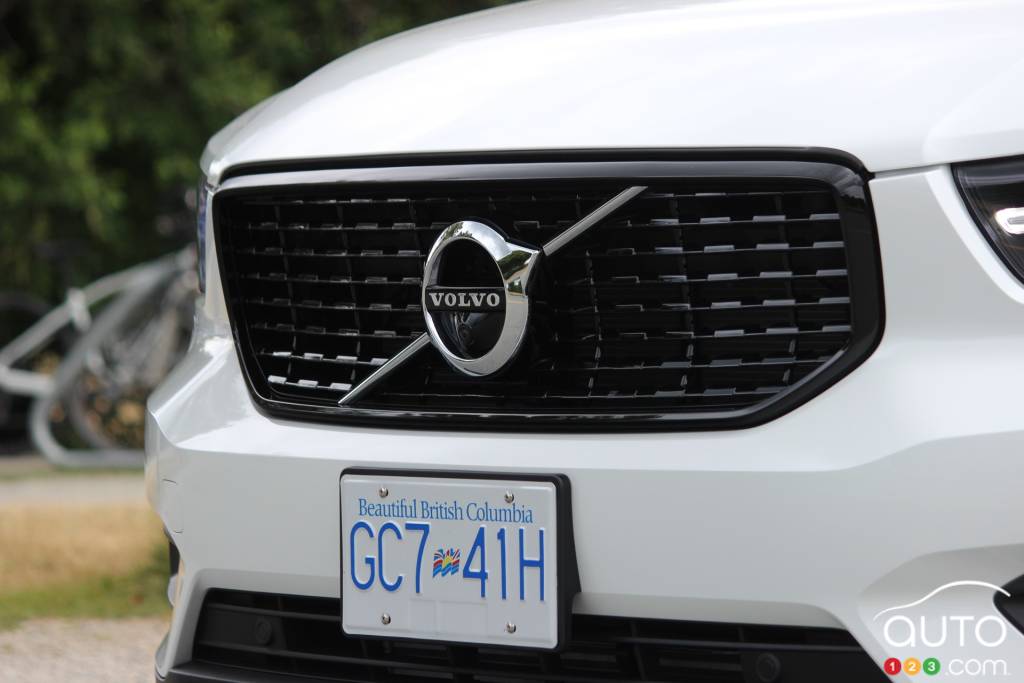 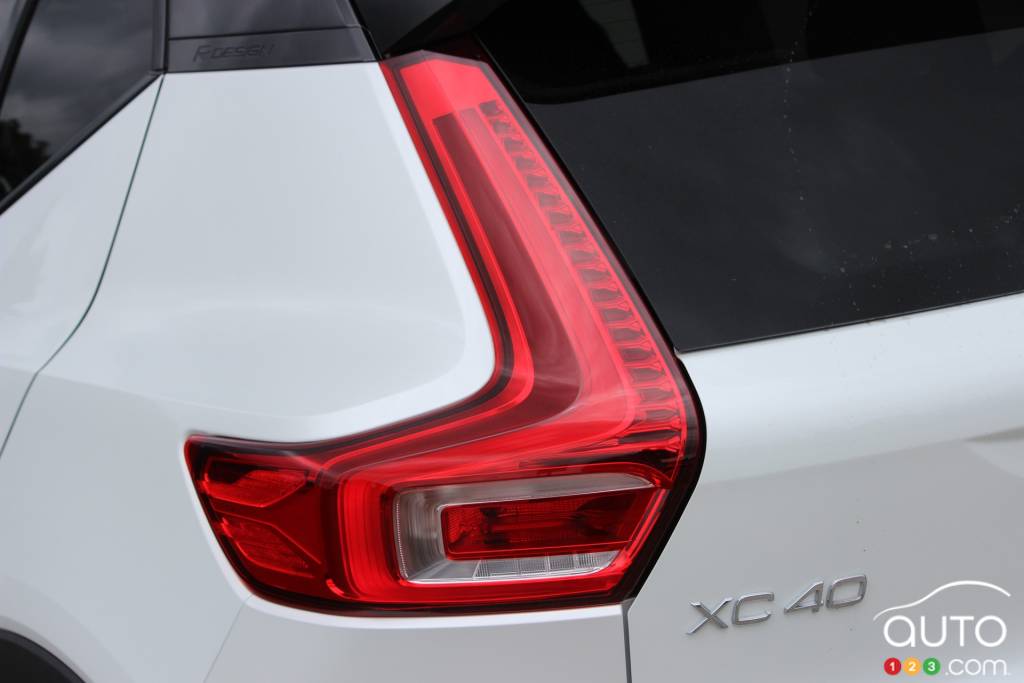 Volvo has compiled the success stories in recent months and years, and now it unveils the new 2019 XC40, set to hit the market this coming spring. What else ...

At the L.A. Auto Show, Volvo had some good news to share with Canadian customers: Care by Volvo, the brand’s new all-inclusive, negotiation-free subscription...