Jackson Hole, Wyoming  – Presented at the 2016 Detroit Auto Show, the GMC Acadia was the first of GM’s trio of midsize products to get a big revision. And logic dictates that for 2020 it’s also first in line to get an overhaul; the Chevrolet Traverse and Buick Enclave will have to wait their turn next year to get upgraded.

GM had little choice to but to bring big changes to bear on the 2020 GMC Acadia, the three-row midsize segment it toils being a particularly competitive one. Although of course, the Acadia isn’t always equipped with the third row so cherished by the shoppers in this family-oriented category. In fact, in case you forgot or didn’t know, the GMC Acadia is the shortest of the GM trio of models. Its structure has even been borrowed for the new 2020 Cadillac XT6.

Our first contact with the 2020 edition in Wyoming was also a great opportunity to discover the AT4 version, a badge we’ll eventually see affixed to all GMC models. To date, the company has produced AT4 editions of the two Sierra trucks, and now it’s the Acadia’s turn to get the black-and-red-themed off-road treatment, so in vogue these days.

Off-road garb
Now, to be clear, off-road purists likely won’t be particularly impressed by this AT4 treatment. But for most buyers, who are principally looking for a more rugged, outdoorsy look without the quirks and hardships that come with a true 4X4, the AT4 formula seems mighty attractive. Already, the variant has been successful beyond GMC’s expectations since it’s been applied to the Sierra range. But, what is an AT4 model exactly?

It’s simple really. The front grille, redesigned for 2020, is all black save for the nicely contrasting G-M-C lettering, the fenestration loses its chromed finishing, and in back the design department has also switched out the chrome for dark and menacing details. As well, the form and design signature of the rear position lights are different.

The 2020 Acadia AT4 comes standard with exclusive black 17-inch alloy wheels shod in all-terrain tires, but know that the manufacturer also offers the option to go with exclusive 20-inch wheels; these are the ones we drove on for our test run.

Lastly, know as well that the GMC Acadia AT4 is available only with the naturally aspirated V6 engine we’re already familiar with.

There’s new under the hood, but…
The Acadia model itself gets a third engine possibility for 2020, a 2.0L 4-cylinder turbo available on some of the upper-level trims. As we were driving the AT4 version, we had the good old 3.6L V6 to play with, along with its 310 hp and 271 of maximum torque. This unit does get partnered with a new 9-speed automatic transmission, which made its debut recently in a few Buick products, among others.

I should also mention that, like the Buick Enclave and Chevrolet Traverse (at least, certain trims of them), the Acadia AT4 comes with double-clutch all-wheel drive, which allows for driving in with2WD of AWD configuration. And which of course has a direct impact on your fuel consumption. Used in several SUVs currently on the market, this system allows the driver to mildly change some of the parameters of the vehicle when the road gets rough, or else if it’s time to have some fun at the wheel. It’s controlled via a turn knob located low on the console between the two front-row seats.

A typically GMC interior
The American truckmaker is synonymous with functionality, and it shows again here, both in terms of the exterior design and the interior. For 2020, the midsize SUV’s cabin has not been turned upside down – this makeover is actually a mid-generation revision – but there are some changes worth noting, like the disappearance of the gear lever, for instance. It’s been replaced by a row of buttons, like we’ve seen in the GMC Terrain. This has the benefit of uncluttering the central console to allow for two cup-holders as well as a storage pocket and a closed compartment.

GMC’s engineers also made changes to the infotainment system, but the limited amount of time we had in the SUV prevented us from really exploring it. Know, however, that the image quality and ease of use of the company’s system was already among the best in the business coming in to this update.

I also salute those behind the design of the very soft seating, a feature that will undoubtedly make for happier passengers on longer road trips.  Frankly, life is pretty pleasant aboard the new GMC Acadia. If you look you do find some materials that aren’t quite premium, but overall, this SUV gives off the scent of quality – and goodness knows that wasn’t the case with the first generation of the model.

A brief spell at the wheel
As mentioned, our drive of the new 2020 GMC Acadia AT4 was almost cruelly short. In my case, I felt fortunate to have had a prior contact with this generation of the model. As for the V6 engine, it’s no stranger to most GMC customers and to the automotive journalists assembled on this day. Even the new transmission is a relatively known entity. Which is all to the good considering the speed with which we were shepherded into and back out of the Acadia!

What did come through was to what extent the GMC Acadia is a comfortable and well-sound-insulated vehicle – this, an American SUV, I remind you! The (very slight) weight loss for the new edition, which comes courtesy the new shorter architecture, makes the model a bit more light of foot when accelerating and more responsive when you need to brake hard. Body roll is also less pronounced than in its Buick cousin.

The steering is not the most precise to be found in the industry, but in return it’s lightweight, which helps when parking. Generalyl the driving sensation is the same as in the model we’ve known since 2016, although the new transmission does more than just reduce fuel consumption, it also functions more transparently (at least when you’re not too harsh with the engine).

The last word
It would be gross negligence on the part of GMC to not pay attention to current trends in the industry. The only brand within the General Motors family to produce only SUVs, GMC was obliged to gives its midsize model a gentle-to-moderate makeover, and that it has done. As for the AT4 badge, it aligns the model properly with the current vogue for off-road-friendly vehicles. That said, it seems a shame that GMC does not have in its arsenal a true 4X4 able to take on the Wrangler. But that, my friends, is a story for another day! 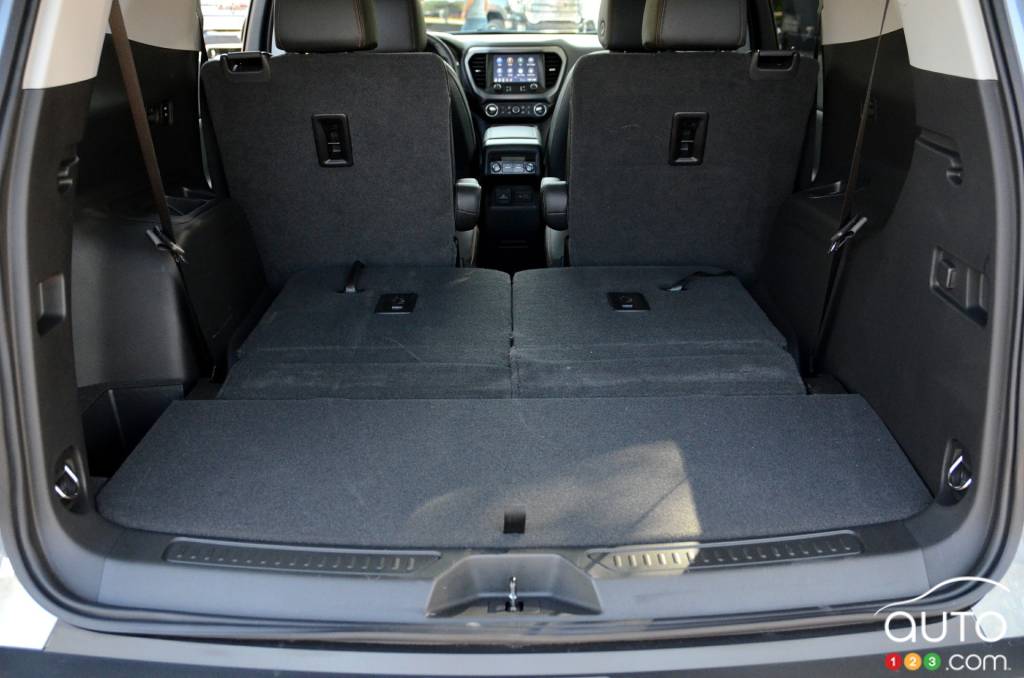 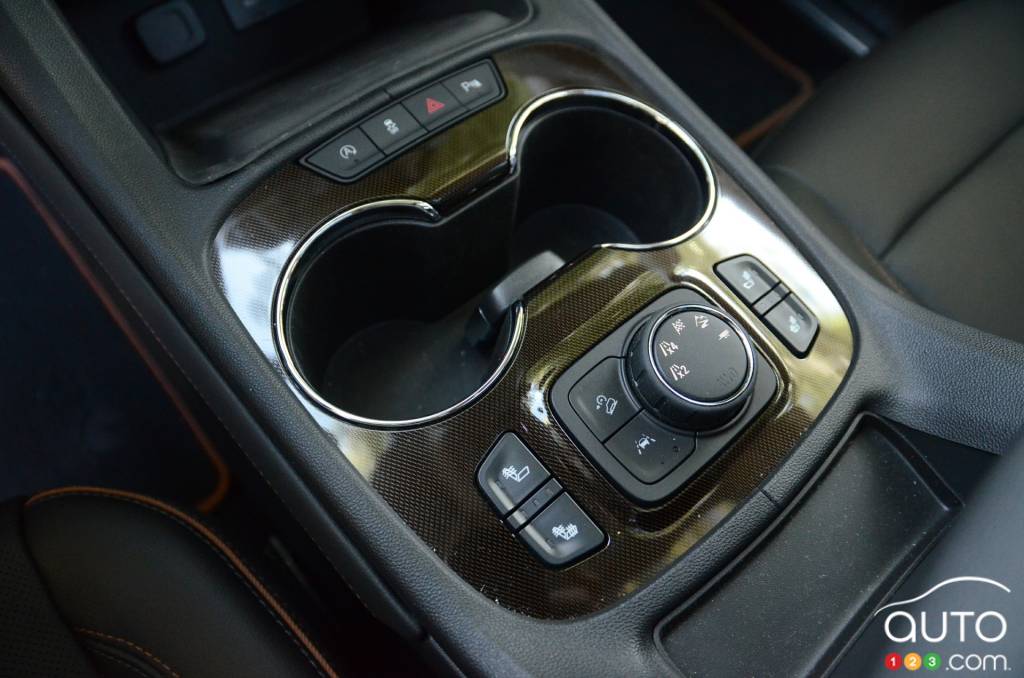 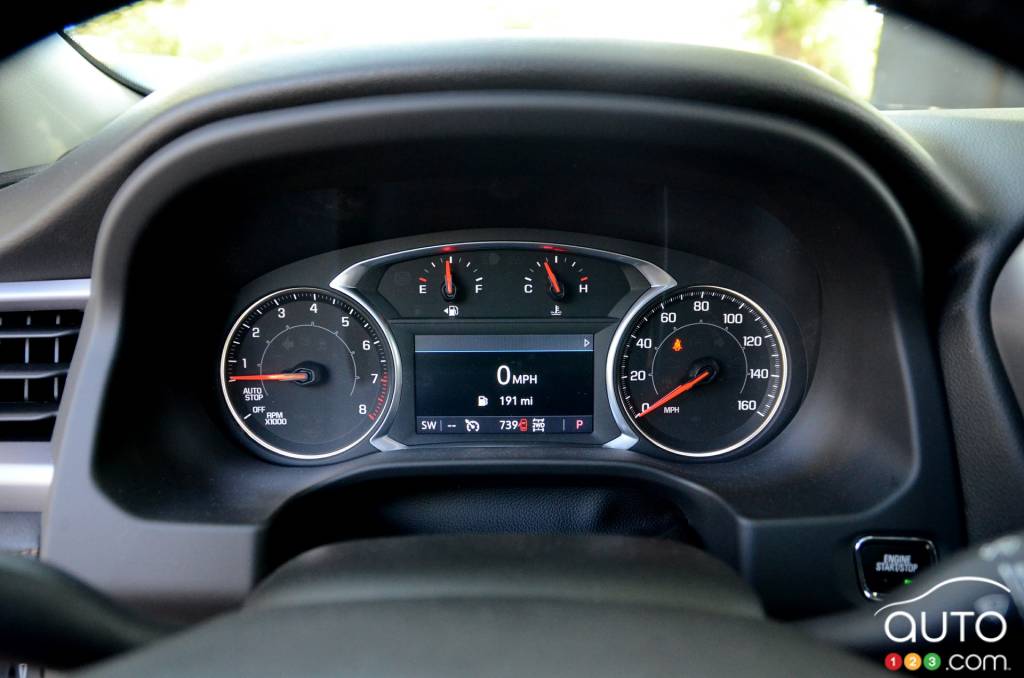 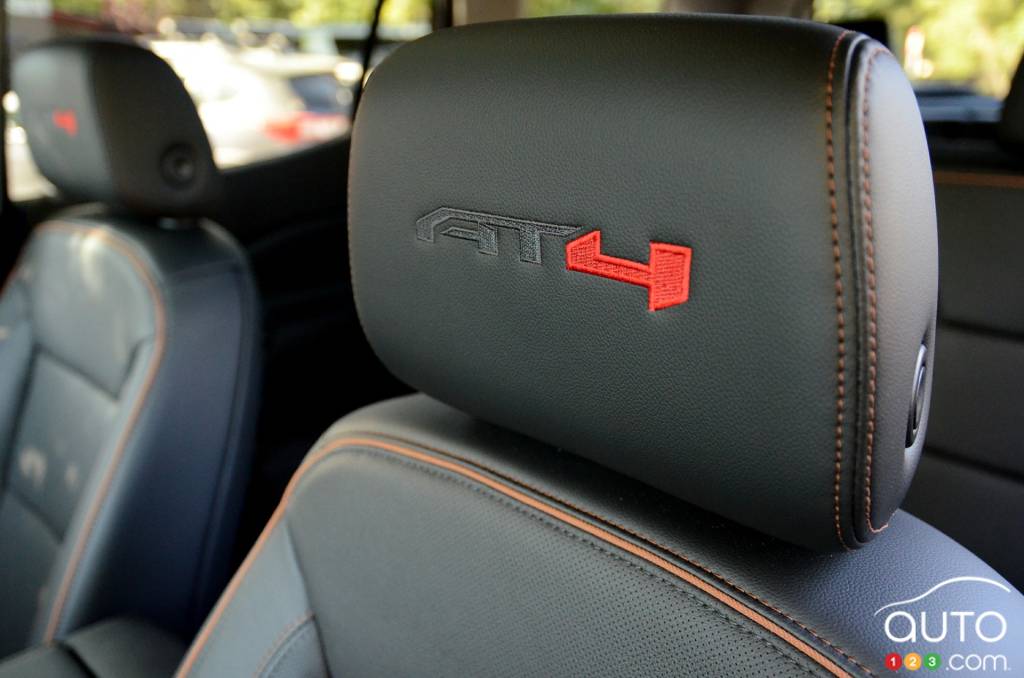 GMC Presents a Revised Acadia for 2020

GMC is giving its Acadia model a mild makeover for 2020 to freshen it up versus the competition. The most notable change is the addition of a new 4-cylinder ...