The 2020 Kia Sportage is back for the new year with a host of little updates that amount to a fair lot. A big priority for the Korean automaker was to bless the SUV with a sportier character all while making it safer than ever. The 2020 Sportage thus checks off boxes for consumers that it might not have before – but is it enough to draw buyers away from the competition?

What’s new?
Those little adjustments that amount to a big improvement include a number of safety features now included right from the base version of the 2020 Kia Sportage.

The 2020 edition also gets some welcome tweaks to its outside design, starting with a new front grille that’s accompanied by a redesigned front bumper. The rear bumper has also been updated with new exhaust tips.

That grille is not the most conventional in shape, though while in my view that’s a plus it may not be to everyone’s taste. You’ll have to go check it out in the dealership showroom and decide for yourself…

New headlights have also been added and are supported by anti-fog lights; behind them we find 17-inch (or 19-inch) alloy wheels new to the Sportage model. These changes certainly help give the SUV a more contemporary and dynamic look.

The top two trims benefit from LED lights, while in the back LED lights are standard on all versions. 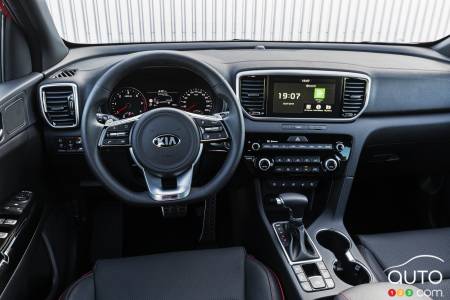 No changes inside, but if it ain’t broke…
While the outside got updated and safety features made more accessible, the interior itself gets no big design changes. The interior is still among the best in its class, hence the decision not to mess with it too much. I particularly liked the layout of the screen placed between the climate control vents and the series of buttons just below it. All of it is clear, streamlined and easy to access.

Generally the materials are of good quality and the design is pleasant if relatively flourish-free. You find on the LX FWD version up to the EX trim cloth upholstery; beyond that it turns to leather as standard covering. A new Sofino leatherette material is available is one of the new add-ons to go along with a redesigned steering wheel smartly decked in perforated leather.

One false note for the interior involves the pillars of the body that tend to obstruct or at least reduce visibility. You expect that in a fastback-style sedan, but it’s disappointing in an SUV… 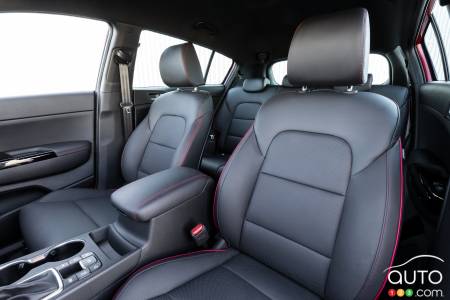 In terms of technology, the base version is as mentioned an improved offering with its standard 8.0-inch touchscreen and Apple CarPlay and Android Auto compatibility.

The infotainment system is user-friendly, although the icons on the menu are a little on the small side for my taste. Upgrading to the Ex Tech or SX trims gets you a premium harmon/kardon audio system and access to the UVO or Homelink connected services.

In terms of space, the Kia Sportage is a wee bit smaller than some of its competitors, for instance the Toyota RAV4, but it’s not a cramped space either. There’s plenty of room for passengers both front and rear, and you get acceptable cargo space with 798 litres (1,868 once the rear seats are down). 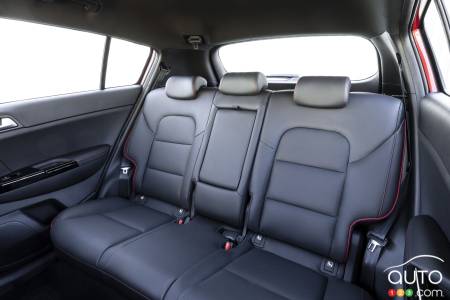 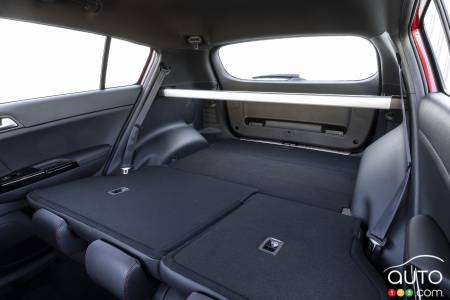 Safety
Safety equipment is, as mentioned, the area in which Kia most thoroughly updated its Sportage SUV for 2020. You can now option in lane maintenance assist, auto high beams and forward collision alert with pedestrian detection. Standard in the SX version are adaptive cruise control and a driver attentiveness monitor.

The mechanics
No change for the 2020 Kia Sportage here, as the entry-level version once again gets a 2.4L GDI engine delivering 181 hp and 175 lb-ft of torque. The top-end SX version gets a 2.0L turbo unit generating 237 hp and 260 lb-ft of torque.

Both engines come with a 6-speed automatic transmission, and it’s possible to opt in all-wheel drive on all 2020 Kia Sportage versions. The LX FWD is the base configuration. 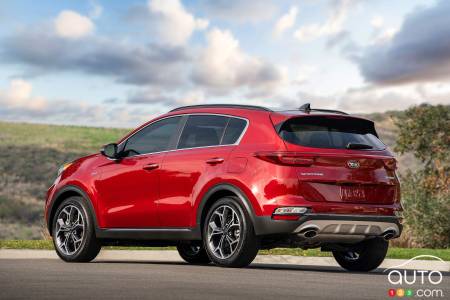 Sur la route
It would be a lie to say that to sit in the Sportage is to sit in a sporty vehicle, but on the other hand it is quite pleasant to drive. The comfort level it affords means it stands a notch above many competitors, and overall the driving dynamics are well-balanced; the transmission, for example, is predictable and gentle in its functioning.

There’s also a pleasant quiet to the ride delivers by the 2020 Kia Sportage, an undeniably versatile utility model that doesn’t do anything badly. It can handle more difficult and wintry conditions thanks to its adaptability.

Note as well the presence of an enormous (but optional) power sunroof that really lights up the interior. Once it’s open you really get a sense of wide-open space, and you can almost (though not quite) reach the experience of driving with your hair blowing in the wind. 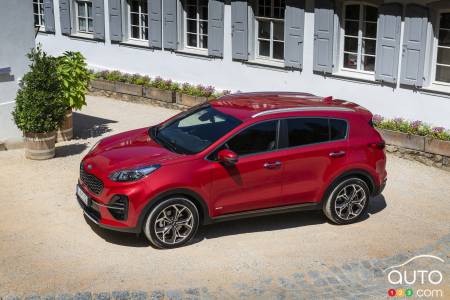 And the competition?
One of the most intimidating rivals of the Kia Sportage is the Toyota RAV4, which shines right from its exterior design. But the current RAV4 is also much young and thus more modern and fresher than the Sportage, the current generation of which dates back several years.

Not to be outdone is the new version of the Volkswagen Tiguan. The Sportage holds its own well in this head-to-head, except that the newer Tiguan offers more standard technology as well as a turbo engine making 184 hp and 221 lb-ft of torque. In return, however, the Sportage is less costly, which is not an insignificant selling point.

Looking in the direction of the Mazda CX-5, the base-model Sportage from Kia is less powerful than that SUV with its 187-hp 2.5L engine; the turbocharged Sportage however takes it by a whisker over its Mazda rival (237 hp vs 227 hp). Here again, however, the Mazda CX-5 is more expensive and less attractive when you compare the technologies featured in it versus the Kia entry in the category. 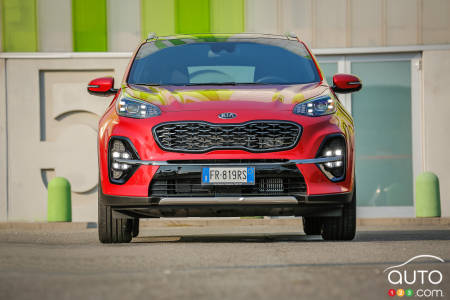 One of the biggest strengths of the Kia Sportage is without a doubt its 5-yr/100,000 km warranty that includes 24/7 roadside assistance. This bit of guaranteed extra peace of mind could well convince many buyers in the compact SUV category to come over to Kia.

In more ways than one, the 2020 Sportage is a mature model. The design is bolder and more confident than previous, and the numerous technological upgrades give Kia’s compact SUV many advantages over rivals in the segment. That segment is ferociously fought over and includes some real tough rivals, but the Sportage has enough going for it that it still represents a value-packed option. 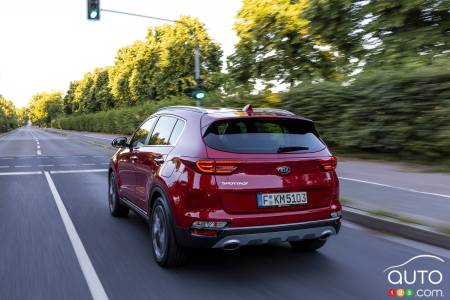 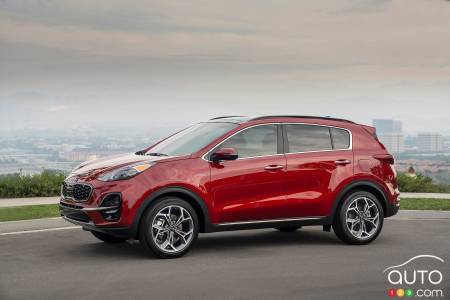 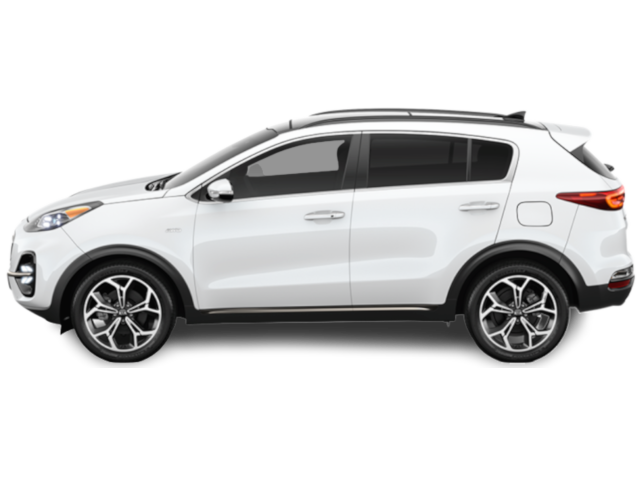 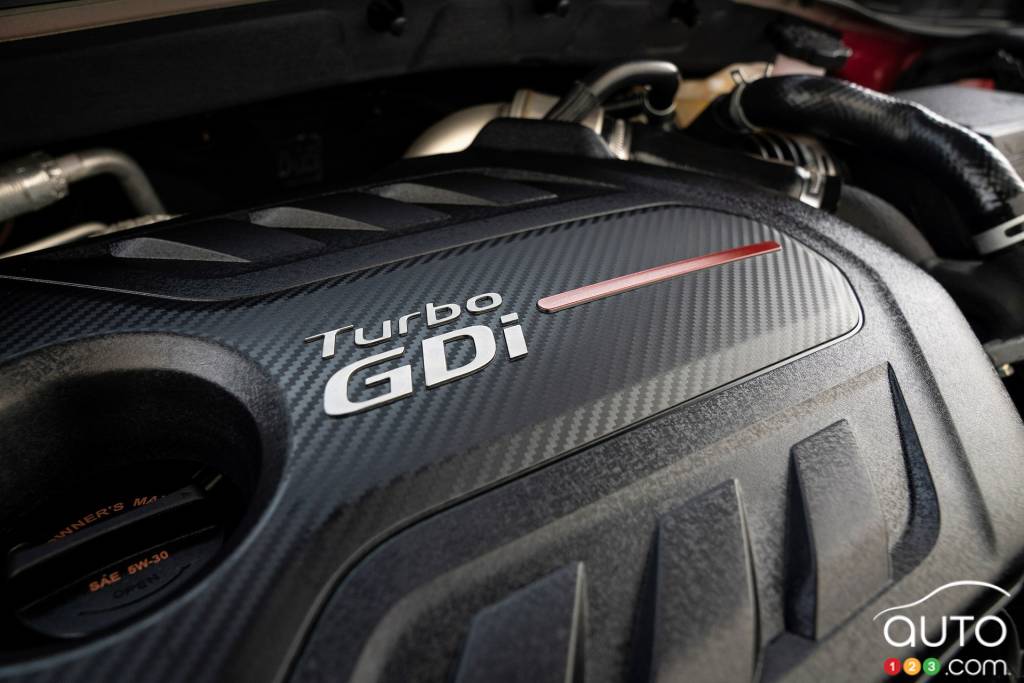 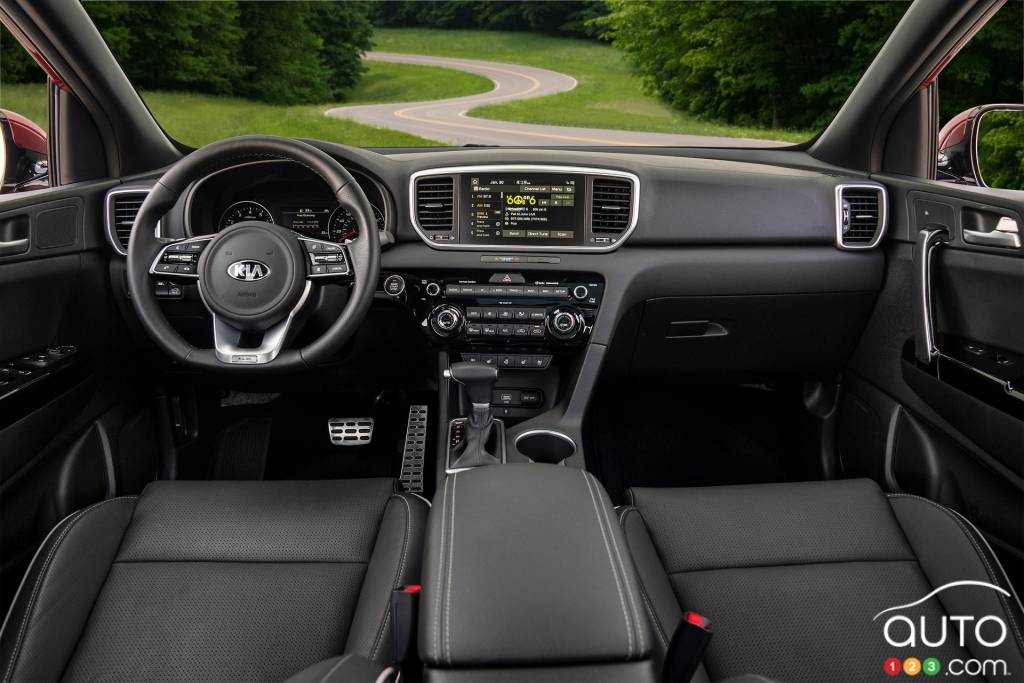 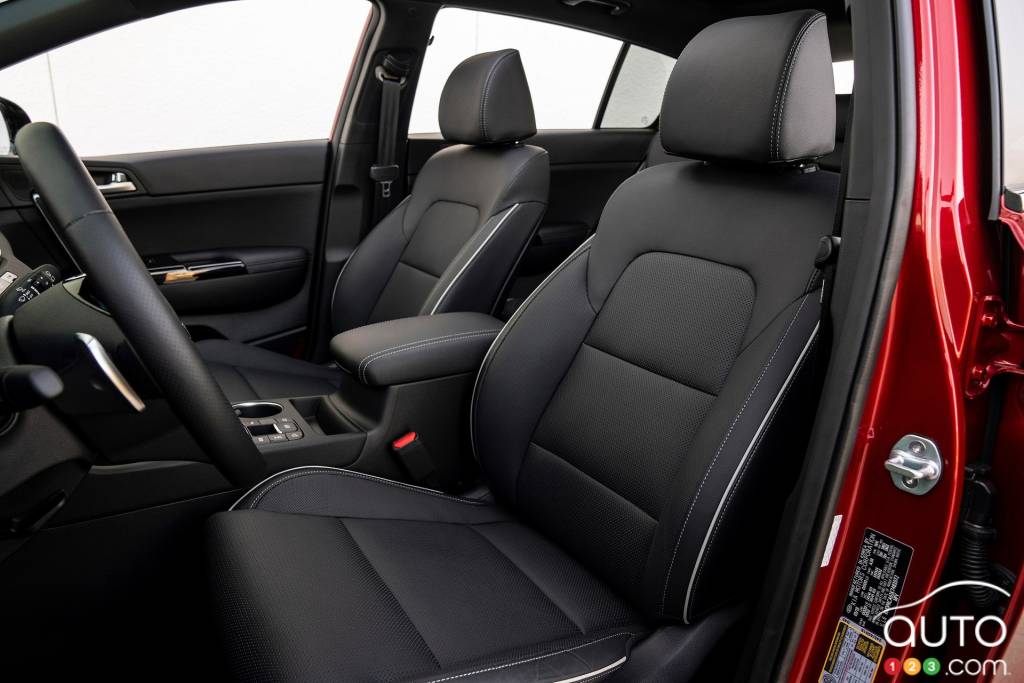 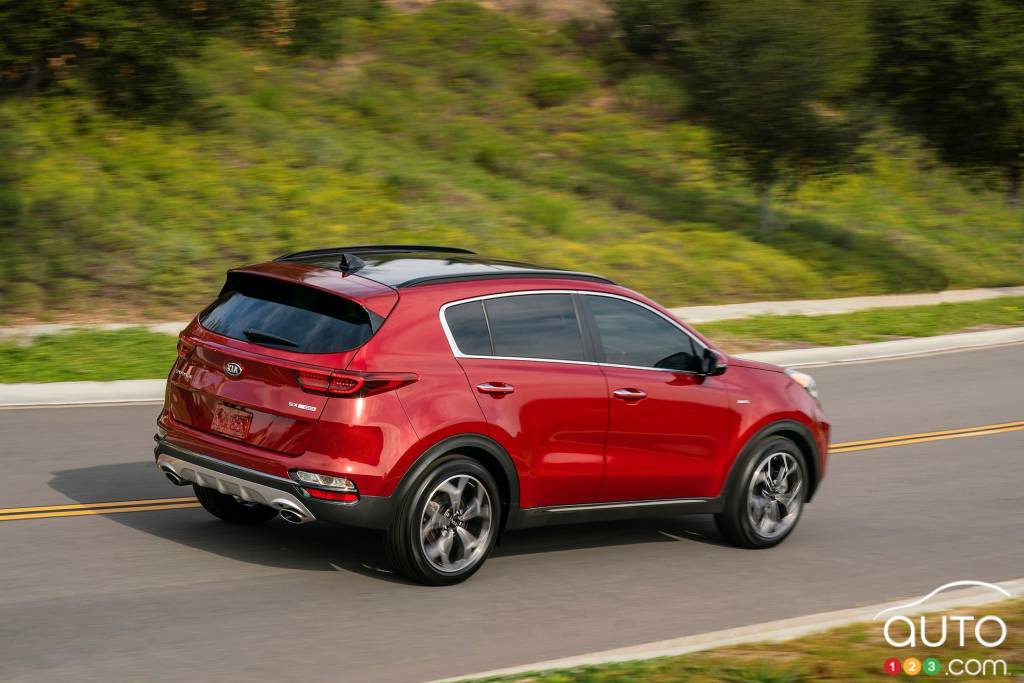 Kia Is Recalling 380,000 Sportage and Cadenza Models Over...

Kia is recalling some 380,000 vehicles due to a fire hazard centred in the engine compartment. This is one of several fire risk campaigns for the Hyundai/Kia...