More and more, how I hate exotic supercars! And I don’t say that because my limited budget doesn’t allow me the privilege of indulging in the madness of buying one. Nor because of the constant looks (and thumbs up) I get when driving a car as flamboyant as the McLaren 720S Spider. No, the problem with rockets that come with 400 hp or more – this one has 710! – is that’s it’s virtually impossible to exploit them to even a third of their potential on the road.

Yes I know, there are still a handful of closed circuits in Canada where owners of cars like the 720S Spider can go and really let loose for a few hours. But these speed demons are also street-legal and can share the road with the likes of the Toyota RAV4 and Honda CR-V, day after day, in light and heavy traffic. And at those mundane times the temptation is still just as strong to mainline into one’s system the adrenaline rush that comes from putting pedal to the metal.

Fortunately, my brief summertime road test of the 2020 McLaren 720S Performance Spider – no accidents, no speeding tickets - and not even a drop of rain, just sunny days so I could work my tan a bit. After all, this version I drove has a removable roof. 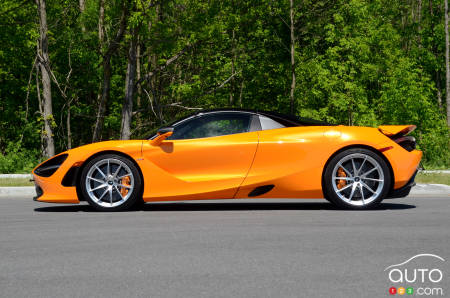 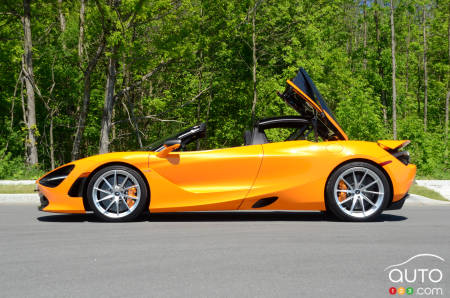 Last year I had occasion to try out the McLaren 570S Spider, which was my introduction to the McLaren universe; I was quickly seduced after a short trek through the Laurentian Mountains, north of Montreal. For a proper comparison, I endeavoured to retrace my route in this 2020 720S from a brand with a storied history in motor racing.

The 720S, it should be noted, sits a bit higher in the brand’s hierarchy of models than the 570S I drove last year. That car belongs to the Sports Series, while the 720S sits in the middle group known as the Super Series.

Killer looks
Neophytes will be forgiven for thinking that all McLaren models look alike, but the 720S can be distinguished from others by its unique fascia, marked by the two black lids surrounding the light clusters. Also, the centrally mounted engine pushes the cabin forward. Dressed in striking Papaya Spark colour, this most exotic of the brand’s “accessible” models certainly turned heads during the few days I got to drive it. 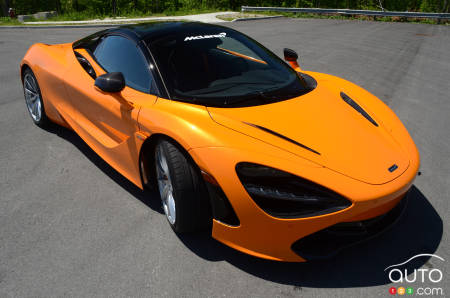 Under the eye-catching shell sits an element critical to the elevated performance capabilities of the car: the Monocage II-S. This monobody chassis – made like all McLarens entirely of carbon fibre – increases the car’s stiffness, which is important given that sometimes the roof is retracted and provides no support. The structure is so well-designed that the engineers had no need to add any reinforcements to the skeleton. The extra 49 kg of this version are due entirely to the mechanism needed to hide the roof above the twin-turbo V8 engine.

Explosive mechanics – and that’s putting it mildly
Like all models produced by the automaker based in Woking, England for the past dozen years, the engine bolted in just behind the cockpit of the 720S is a twin-turbo 8-cylinder unit. This 4.0L mill produces up to 710 hp as well as maximum torque of 568 lb-ft.

McLaren chose a dual-clutch 7-speed transmission for this model, and this gearbox is at the heart of the strong sensations you feel when driving the car a little closer to the limits of what’s possible. Gear changes are dazzlingly fast, and the accompanying symphony from the engine 0 especially when downshifting – is pretty darn close to automotive nirvana. 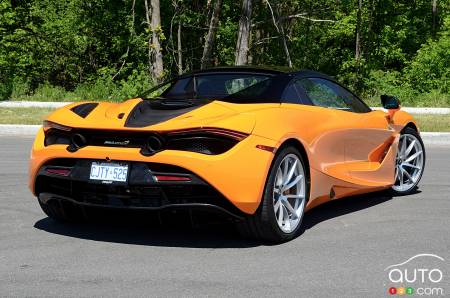 At the wheel of a flagship vessel
Here’s the truth: the McLaren 720S Spider virtually reset my definition of speed for a street-legal car. The automaker lists a 0-100 km/h time of 2.9 seconds, and I have no trouble believing it. Time after time, I was able to experience the incredible gusto of the powertrain. In fact, the first time I accelerated, I had to lift my foot off the pedal as the G forces literally had me glued to my seat. A few seconds more and the car would have had me in serious speeding ticket territory.

And therein lies the frustration! In Canada, traveling at or above 130 km/h is almost sure to earn you a big fine. Accelerations are stunning and the car remains reassuringly stable no matter how fast you’re going, but the spectre of attracting the attention of law enforcement is never from the front of the driver’s mind.

Fortunately, the 720S Spider is just impressive in its agility and handling. Despite a longer wheelbase in comparison with last year’s 570S, this member of the Super Series goes where the driver wants it to, nimbly. On a winding stretch of road the 720S Spider is fully at ease. The steering is a joy – not too heavy, not too light. The wheel itself is great to grip, and the body-hugging sport seats are a work of art. 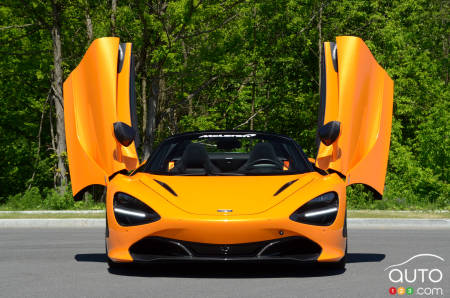 While I found the power-adjustment function of the seats a little complicated, and while some might find with the large size of the cup holders, these are details that have little-to-no effect on the quality of life within the 720S. Driving position is excellent, those sport seats are actually comfortable, and visibility is exceptional for an exotic car.

Like other models from McLaren, the 720S Spider comes with an interior that’s actually more functional than dazzling. The easy-to-use knobs to the left of the touchscreen allow for the changing the driving parameters of the car. For a more “restful” drive in the city, best to stick with C (for Comfort), while for more sportiness there’s S (Sport); T (Track) is designed for when you drag to one of those circuits I alluded to. To my great surprise, this last mode is not out of place when you’re on a secondary road or even on the highway. 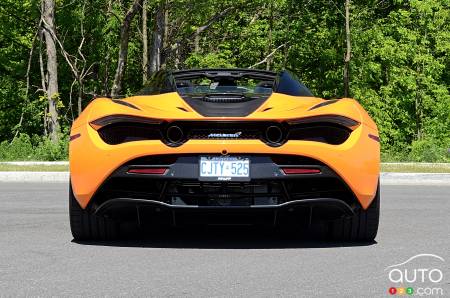 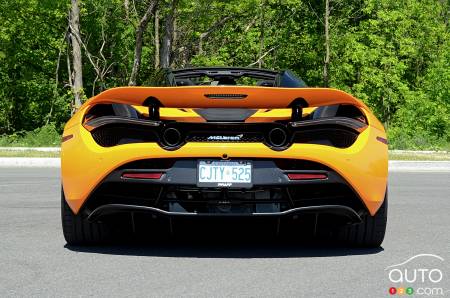 A seasoned driver can also adjust the sideslip angle allowed before the stability control system kicks in. The suspension settings are very firm, to be sure, but it’s a character trait of McLarens that they manage to be comfortable despite their supercar format, and even after driving the car aggressively through backcountry roads for hours.

Bittersweet
My frustrations about not being to enjoy the car to its full potential aside, this is, I should make clear, is an exceptional car in every respect when it is pushed closer to its limits. At the same time it’s easy to live with on a daily basis, because it’s comfortable, tame and easy to drive. The McLaren 720S Spider proves that an exotic car can be used day-to-day, at least during the warmer months of the year – even if, at the end of the day, it’s still most at home on the track! 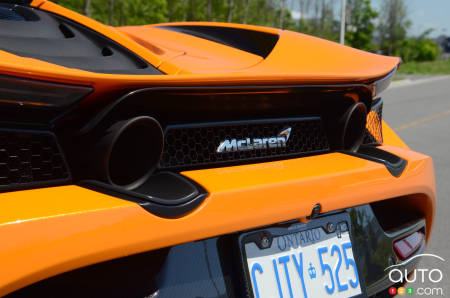 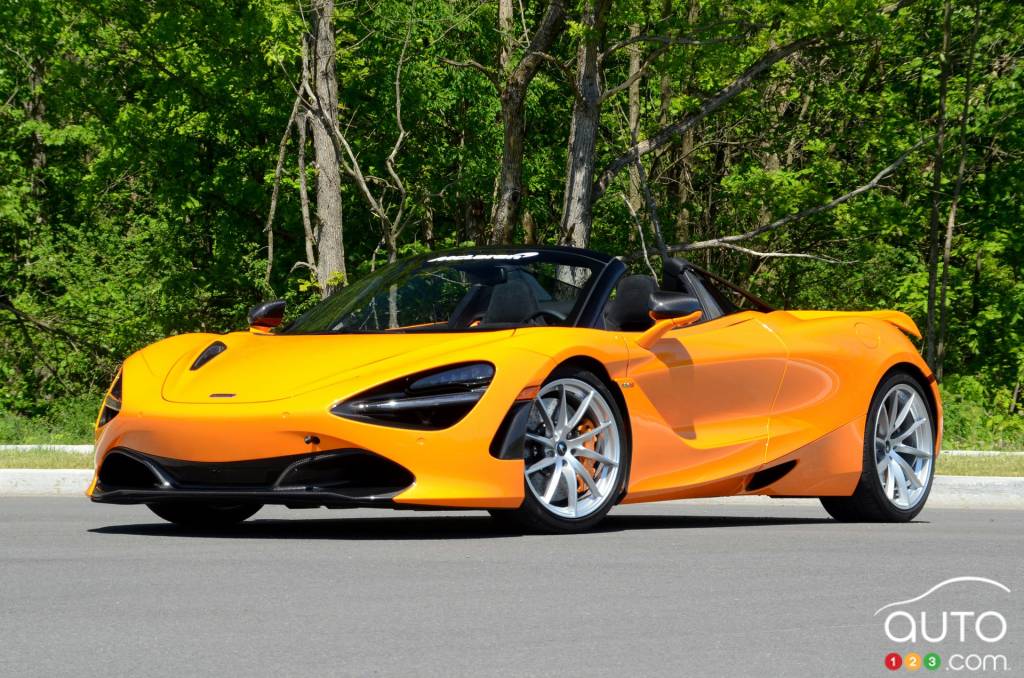 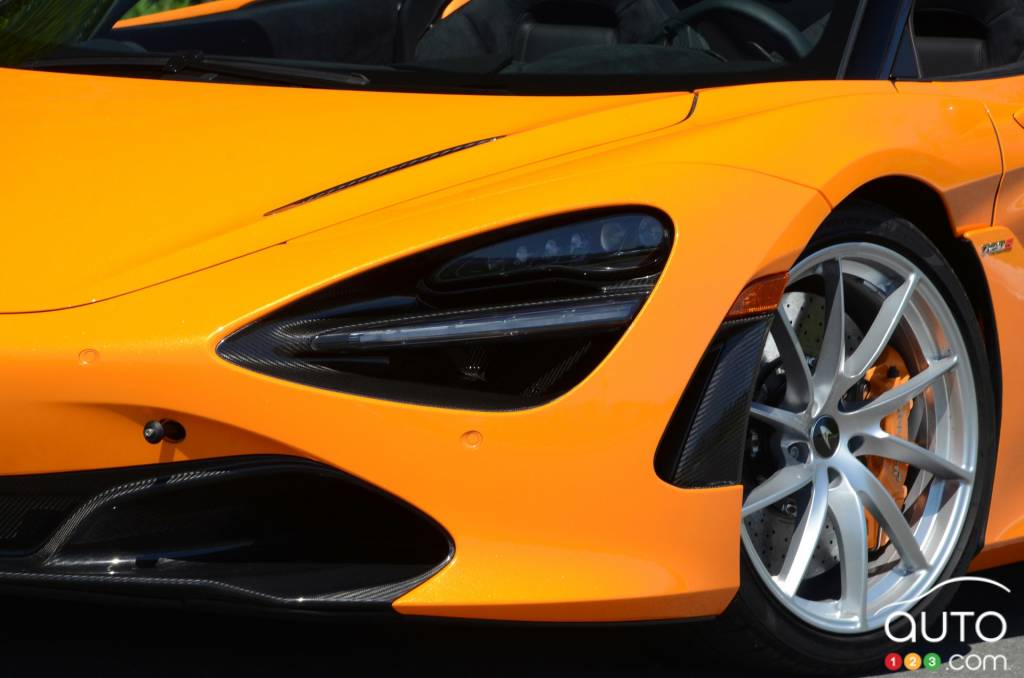 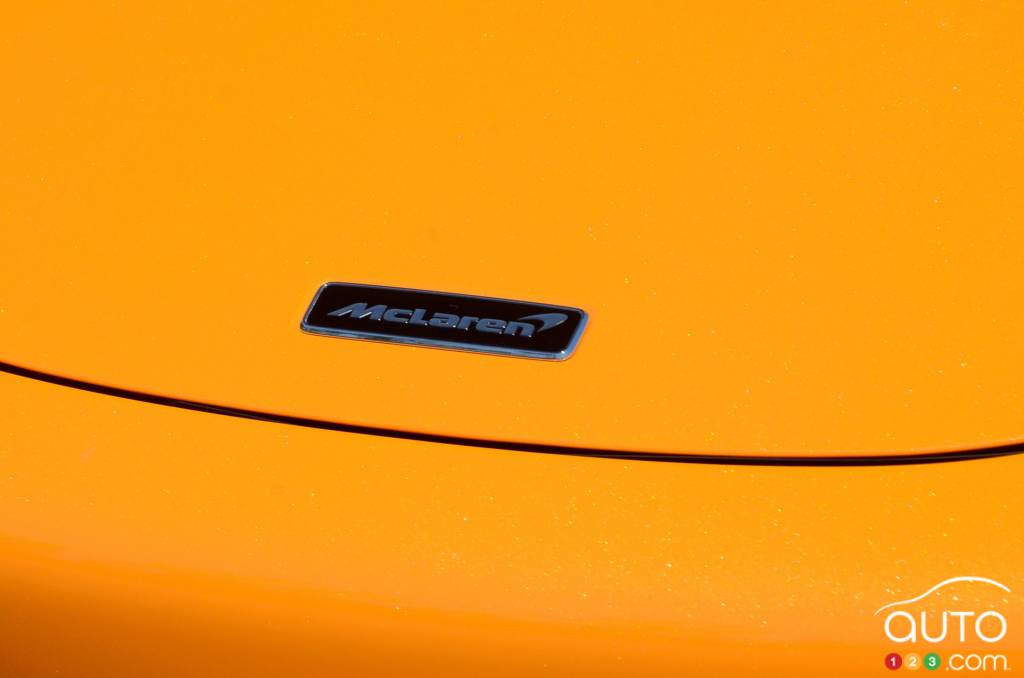 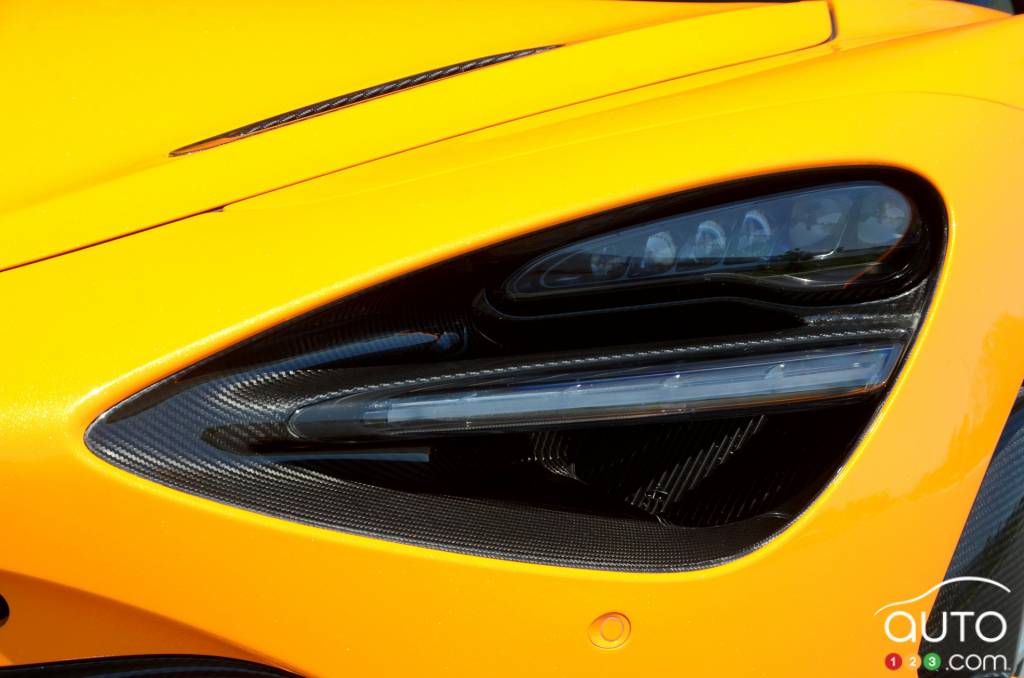 2020 Lamborghini Huracán EVO Spyder Review: Now This Is a...

The 2020 Lamborghini Huracán EVO Spyder has provocative, in-your-face looks, mechanics that are as innovative as they are overpowering, and an ability to tur...