Last year, I finally had occasion to get behind the wheel of a Lamborghini for the first time – you can read about the results of that test drive right here on Auto123, in fact. But there’s no denying this reality: despite its many qualities and its inspired madness, the Urus didn’t speak to me. At least, not like a Lambo-tagged supercar.

Yes, the arrival of the Urus SUV did permit the Italian automaker to double its sales and it’s a model of capital importance to the top brass at the Volkswagen Group, but for me and probably for many others, a Lamborghini worth its salt has to hug the ground like a rug in the entrance hallway. It has to bug the neighbours when you start it up. It has to draw the attention of everyone you come across.

Enter the 2020 Huracán EVO Spyder, which accomplished all this and more during the three days I was entrusted with it recently. Three days marked by summer storms and uncommonly humid weather.

Personally, I wasn’t actually all that crazy about the close attention the car received, decked as it was in Blue Sideris colour – an option that will set you back a cool $18,000, by the way. I prefer what I call “sleepers”, those cars that are discreet on the outside but beasts on the inside. That’s certainly not the case with the Lamborghini Huracán EVO Spyder, which seeks to provoke. I had many occasions to witness that on the road; some drivers instantly wanted to see how they measured up in a drag race. Sorry folks, but that simply doesn’t have its place on public roads. Much wiser – and safer – to take this Italian beauty and beast on to a closed track to see just what it’s capable of.

Sadly, I did not get the chance to try out this most affordable of the Lambo models currently available on one of the few closed circuits still extant in the region around Montreal, Quebec. And that of course highlights one of the drawbacks of an exotic car of this calibre: there are basically no opportunities to use the car and its 640-hp 5.2L naturally aspirated V10 to their full potential on any public road in Canada. For sure, you can accelerate like a demon on the highway, but you risk losing you driver’s permit, something I’m just not prepared to do.

Pavarotti under the hood
Lamborghini has made much of its interest in alternative energy – recall the Asterion LPI910-4 hybrid prototype, presented back in… 2014. But the reality is the automaker’s toolbox still contains big-cylinder engines. Bolted into its central location in the Huracán EVO Spyder, the 5.2L V10 is an engine we’re familiar with, it having been used in the Lamborghini Gallardo.

The difference here, however, is that in this EVO version, the Huracán gets 20 more horses (for a total of 640 hp), thanks notably to the titanium intake valves. The performances are suitably exceptional, for instance Lamborghini’s official 0-100 acceleration time for the model is 3.1 seconds (2.9 seconds for the hard-top version).

That’s jaw-dropping, of course, but just as important for such a showy car is the musicality of its V10 engine. And frankly, the brand’s engineers displayed their chops to the fullest here. From the moment you start it up and the volcano awakens, the Huracán raises its voice loud and clear; fortunately for your neighbourly relations, the decibels do recede after that, particularly if you place the car in Strada mode. If you want to be considerate or for relaxed jaunts around town, this relatively relaxed mode is ideal. On the other hand, a Lamborghini wants nothing more than to sing, and so there’s Sport mode. Switch to that and the exhaust system seems unleashed from its shackles; the V10 lets its freak flag fly.

Then there’s Corsa mode, which ups the decibel level a little further and sharpens other parameters. This should in principle be reserved for the closed track, but it is controllable on the open road, as long as you don’t get carried away because Corsa does make the car much jumpier. The rear wheels, for example, show a desire to go first when you corner at speed. Corsa mode also obliges the driver to take over gear shifting duties from the dual-clutch transmission, unlike in the other two modes.

As you would expect, the two sportier drive modes also tighten and firm up the steering and suspensions, respectively. Lamborghini might want to consider working in a more malleable mode for the next generation of the car; this would allow the driver to choose a comfortable suspension setting but enjoy the symphony from the exhaust, for example. For the moment, with the Huracán EVO Spyder you just can’t have it both ways!

Faultless road handling
So we’ve covered the envious gawking the car generates and the Pavarotti-esque aria coming from the two enormous exhaust tips. But what about the actual drive? Rest assured, this is not an afterthought here. The small Lambo grips the road like there’s no tomorrow. The all-wheel-drive system has much to do with that, as do the wide performance tires. But there’s more to it than that, for instance the LDVI (Lamborghini Dinamica Veicolo Integrata) system keeps watch on the steering angle, braking and acceleration, and adapts to your driving style.

What this means is that, despite the crazy attributes of the Huracán EVO Spyder, this exotic car is as easy to drive as any mass-market performance sedan. The feeling of easy confidence verging on invincibility reminded me of the sensation I had at the wheel of the McLaren 720S last year. These days, thanks to the magic of electronics, even a 640-hp monster is tame enough to drive on a daily basis.

I should track back a moment to the suspension, which proved relatively comfortable despite the infamous rocky roads of Quebec it had to contend with. Of course, when in Corsa mode and on a particularly rough patch of road, you’ll find the car as jumpy as a gaggle of children playing hopscotch.

The last word
Is it possible – wise – to drive a Lamborghini Huracán EVO – Spyder or otherwise – 12 months out of the year in Canada? It’s a legitimate question, but remember that the car has an effective AWD system. In fact, I’ve already driven an Audi R8 in the middle of January; so why not the Italian stallion?

The obvious problem is that the nose of the car sits mere centimetres above the ground; given the ubiquity of potholes in many parts of the Great White North, you should think twice. Fortunately, there’s a function that allows you to raise the car when encountering a curb or speed bump, which will somewhat if not totally help you avoid damaging your car’s front end. Just make sure you don’t push the wrong button, which can happen given the busy dashboard of the Lambo.

There’s also the question of premature wear and tear, a legitimate concern given the amount of salt used on the road in certain provinces during the winter months. Concerns like this of course make the Urus seem more and more like a reasonable choice.

Be that as it may, my three-day adventure allowed me to get a good taste of what it’s like to live with an authentic Lamborghini. I got to experience its provocative, in-your-face looks, its mechanics that are as innovative as they are overpowering, and its ability to turn me from a regular driver into a Super Hero. Well almost.

Irresistible looks
Jaw-dropping accelerations
The sound of the V10 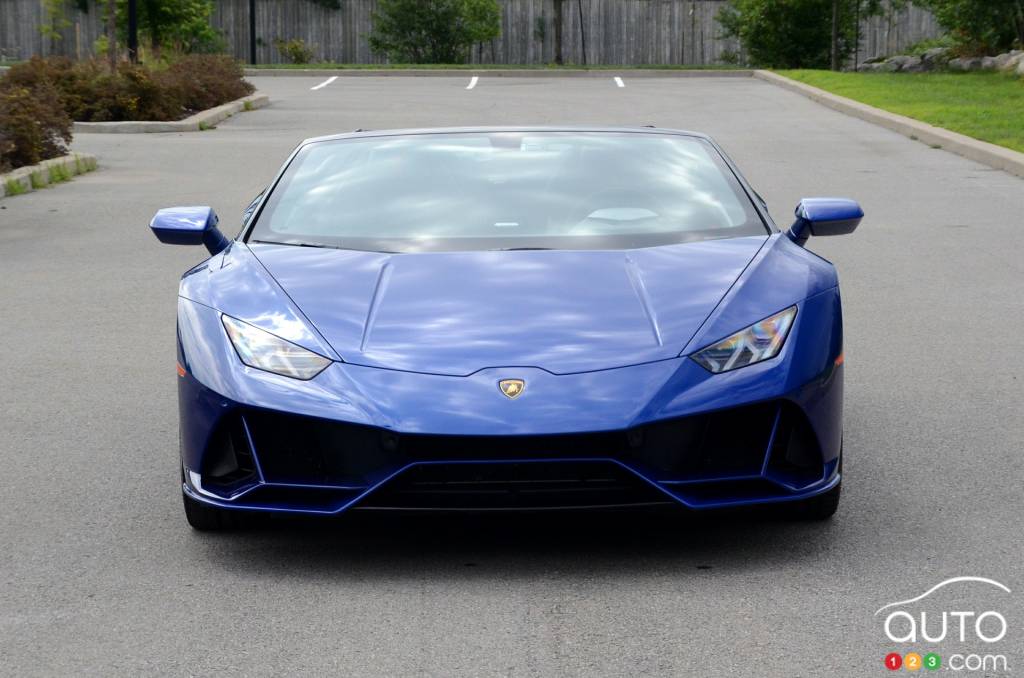 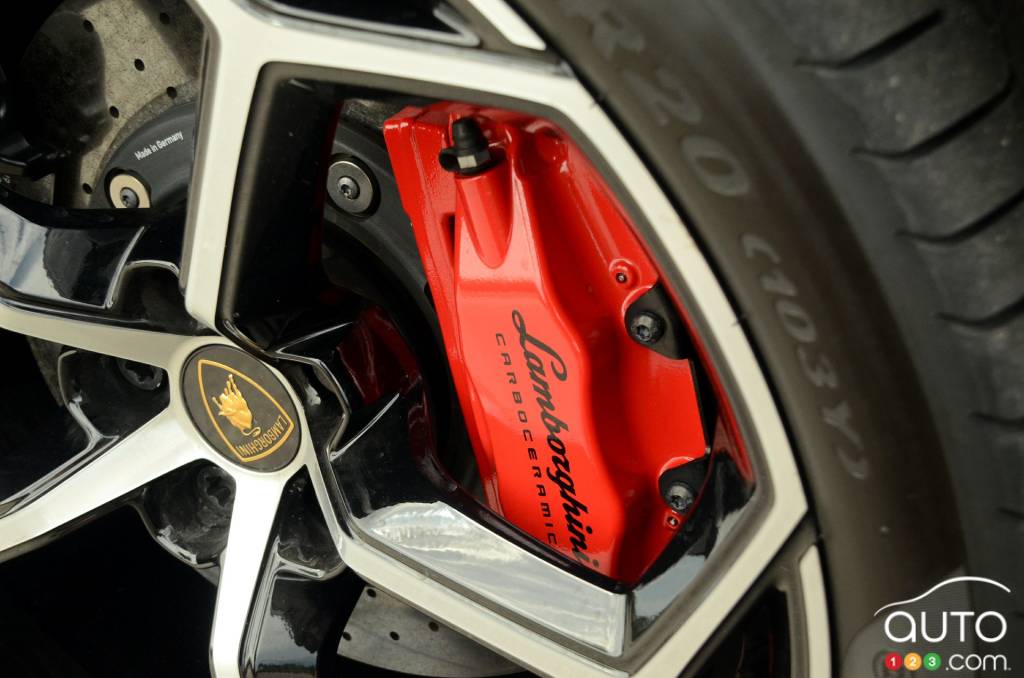 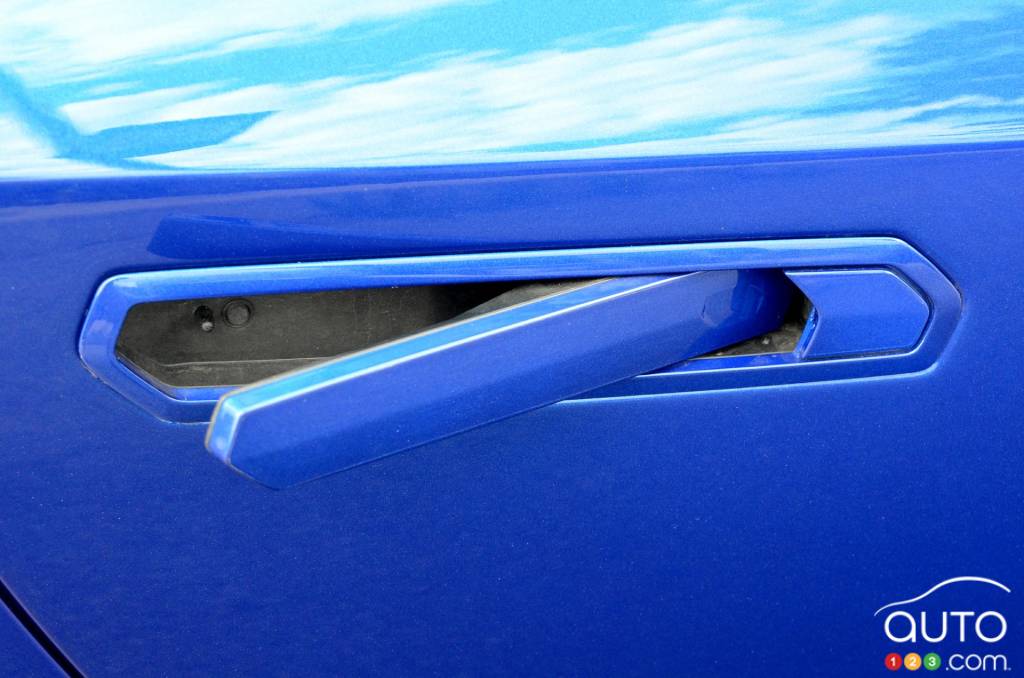 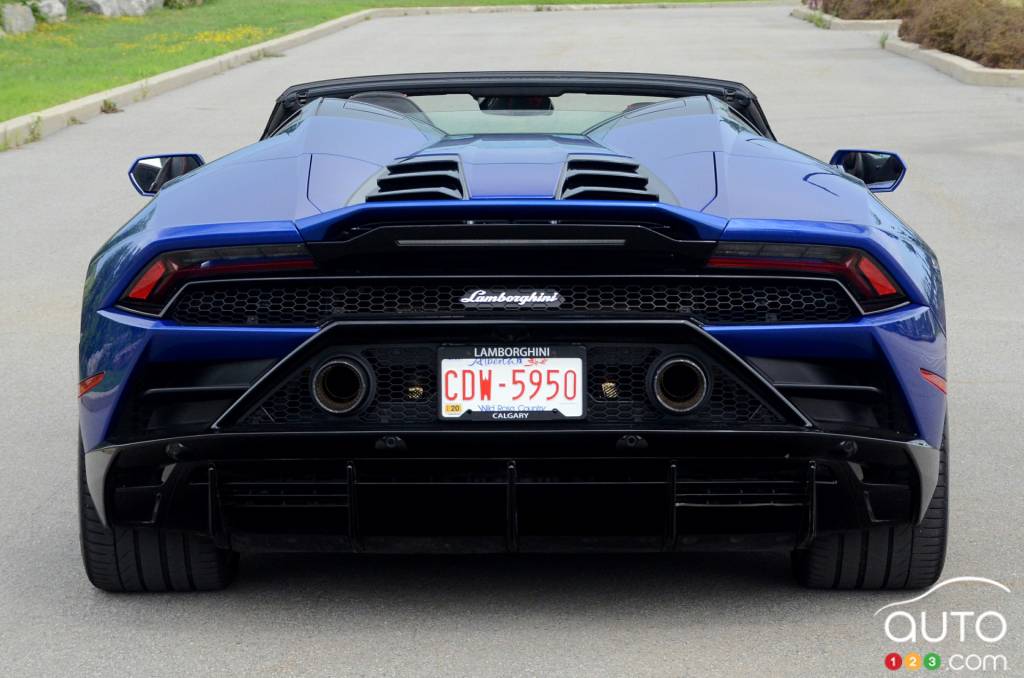 The 2020 McLaren 720S Spider proves that an exotic car can be used day-to-day, at least during the warmer months of the year – even if, at the end of the day...