I think vehicles like the Mercedes-Benz E-Class model have among the tougher gigs in the North American car market today.

For starters, the E-Class (represented here by the E 450 4Matic) and its brethren/rivals the BMW 5 Series, Audi A6 and Genesis G80 already have a tough go here because they are mid-size sedans. That’s a segment that’s been taking hits to its bottom line for going on a decade now as SUVs and CUVs continue to proliferate. The latter vehicles especially, as they often drive like cars and are almost as efficient and yet can move more people, while providing a roomier interior and a better view out in the process.

The first mid-size sedans to struggle were mainly non-luxury offerings from Ford, Toyota, Mazda and so on; but eventually not even luxury manufactures could ignore which way the wind was blowing. 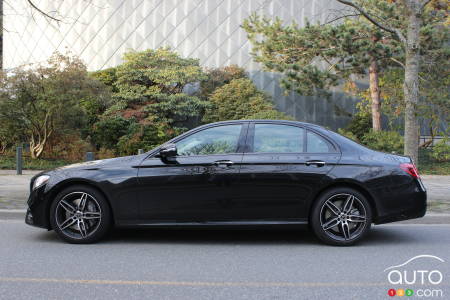 That said, people still wanted sedans, and cars like the E-Class had heaps of brand equity, so it became pertinent to keep them going in some way, shape or form. The trick was going to be how to find that spot where the lines cross, so you could maybe convince those that didn’t really need an SUV/CUV but kind of wanted one to swing the other way instead.

Not to mention that sedans remain popular in other world markets, and as companies need their entire lineups to work globally without too many modifications to satisfy different markets’ wants and needs (“world cars”, as they’re called), maximizing ROI means selling sedans in North America and especially the U.S., which remains one of the biggest car markets in the world.

To keep their cars relevant, manufacturers have had to get more creative and boost the product offering. AWD was a big add – you now get that with any E-Class, whether it’s of the standard or souped-up AMG variety – as were punchier yet efficient engines and neat-o interior tech. 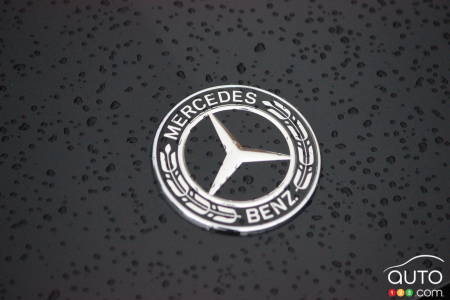 The tech
For its part, the E 450 has the interior tech thing covered. A lot of that is due to the $3,000 Intelligent Drive package, which adds something called Distronic active distance assist (DADA). Care for an explanation in English as opposed to Mercedes-speak? Read on.

Basically, what DADA does is make it so the E can pretty much drive itself, in most any conditions, with only limited input from the driver. Using the cruise control system, the E 450 can make its way through slow traffic without the driver having to do much of anything at all. They will have to tap the accelerator to get rolling from a complete stop longer than three seconds – and they will eventually be told by the car to get their hands back on the wheel – but that’s about it. It’s a great way to reduce stress in traffic, I’ll tell you that.

In addition to feeling what the tech can do, you get an eyeball-full of what’s on offer as soon as you glance at the dash. Two digital displays make up the gauge cluster and infotainment display, and they are super-sharp affairs that are some of the slickest in the biz. 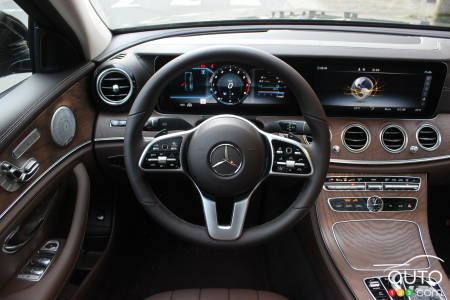 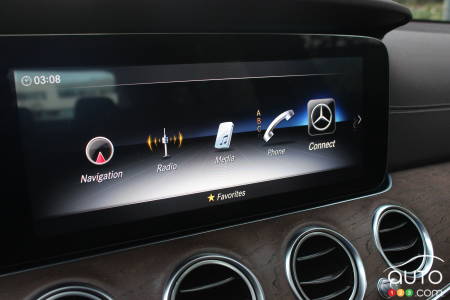 The way the driver interacts with them is pretty slick, too: there’s no touchscreen interface, but there are two fingerprint-sized touchpad controls on either wheel spoke. The left-hand pad controls the goings on in the gauge cluster (adjusting your trip computer, for example, or choosing from one of three gauge appearances), while the right-hand pad controls the main infotainment display, including if you’re making use of the standard Apple CarPlay or Android Auto. That’s something I’ve never seen before outside of a Mercedes product, and I think it’s great.

Of course, if you want a more traditional interaction, you can make use of either the scroll wheel or touchpad sprouting from the centre console. At first, I used this and only this, but as I got more used to the wheel-mounted touchpads, that’s the way I decided to go.

No amount of intuitive controls can change the fact that Mercedes’ menu system itself is a little finnicky, however. Some commands take more clicks then you’d expect. I’d like an equalizer button on the centre stack, for example, instead of having to scroll through menus to get to it. Same goes for the radio controls, but as the new systems get more and more robust (and are often cheaper to produce than to include a bunch of buttons and knobs), I fear the age of the traditional control is kind of coming to a close. The interior
I’m also not a huge fan of the interior colourway chosen for my particular tester. “Two-tone nut brown leather” sounds rich and luxurious, but the way it interacts with the dark wood trim here is at once too monochromatic and too cobbled together. Not sure how that’s possible, but I would have liked a black for the dash upper, for example, and perhaps even a darker wood trim. This doesn’t look right, and I don’t think it would age that well.

Luckily, there are plenty of possible colour combinations to choose from for the E 450 and the glorious silver Burmester speaker grilles and satin silver detailing found throughout help brighten things up a little.

It is comfortable, though, regardless of colour. The seats are somehow super plush yet firm enough to be supportive (the 4-way adjustable lumbar support helps) while the dynamic side bolsters give a little more support as you move through turns. Some liked that feature (“it’s like it’s hugging me” said one passenger) and some didn’t, but it can be switched off. The drive
Not much for me to complain about when it comes to the drive, though. The E 450’s turbocharged V6 is silky smooth in its operation, delivering its 362 hp and 369 lb-ft of torque with little-to-no drama. If you’re a little more ambitious with the throttle, you’ll get a nice, almost metallic thrum from the engine and exhaust that does just enough to give the sensation that while this may be a cruiser first and foremost, it can keep up if you want to give it a few more beans.

The 9-speed transmission through which all that power is dispatched is a slick and fast-shifting affair that is tuned for performance just enough to have me wanting to make use of wheel-mounted paddles a little bit more, because you get the sense that there’s some real performance hidden under the pared-back looks of the E 450. It’s a bit of a Q car in that way, which is nice.

It handles well, too – there’s minimal body roll and a surprisingly keen response on turn-in. Still, this isn’t the performance model of the bunch, so it comes as little surprise that the drive experience is more about the smooth, uneventful ride than how eagerly it can clip apexes. Indeed, most urban obstacles you’re going to come across day-to-day are handled with care, the well-tuned dampers doing a great job of insulating occupants from the harsh realities of broken asphalt, rail crossings and manhole covers. 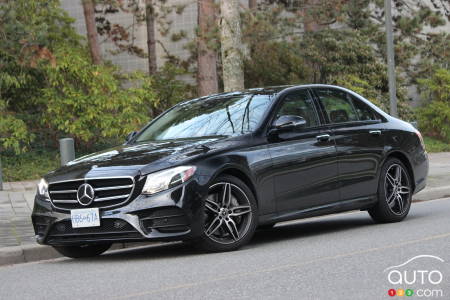 Somehow, though, Mercedes has managed to make the E 450 ride well without insulating the driver from what’s going on under the tires. It’s actually a better situation here than it is in the BMW 540i, which is not something you’ve always been able to say in conversations about these two big boys of the luxury sedan game.

The 4Matic AWD system is omnipresent on the E-Class, with the ability to split power 45:55 or 50:50 front-rear. The big story, though, is that 100% of available power can be shifted to whichever wheel needs it. It helps with traction, yes, but for my purposes it was more about how well the system can help swivel the car more readily through turns.

Conclusion
Would I like a little more excitement from the exterior styling of the 2020 Mercedes-Benz E 450? Maybe. Many want their luxury car to make a statement in the styling sense, and I’m not so sure this does. A brighter colour would help for sure. Would I want more power? Yeah, maybe, but then I always want more power. 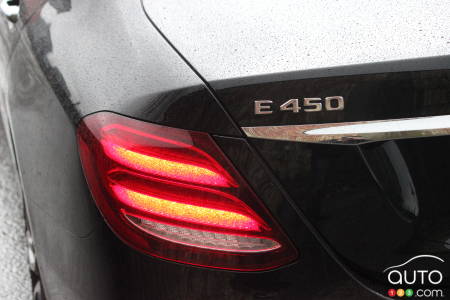 A more easy-to-follow infotainment interface? Well, I guess that’s the biggest knock I can muster when it comes to the interior experience of the E 450 but eventually, most will get the hang of it and a dealer should be able to send you down the right path right there on the lot. This is a really, really good car, and it makes a great case for the mid-size sedan as a whole. 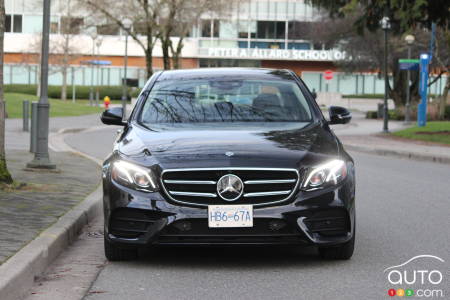 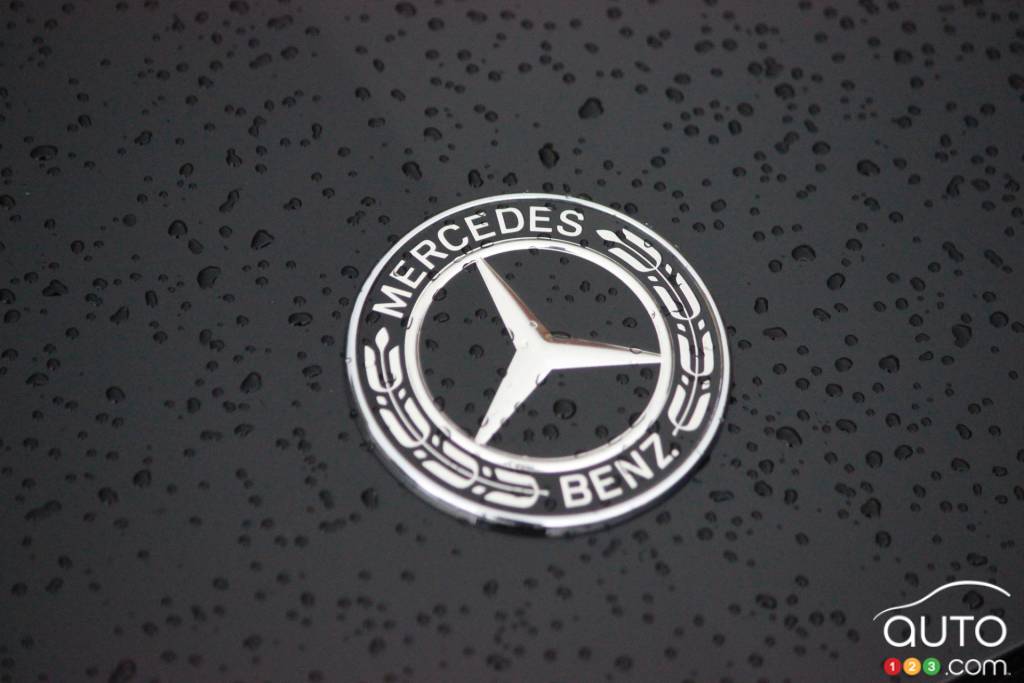 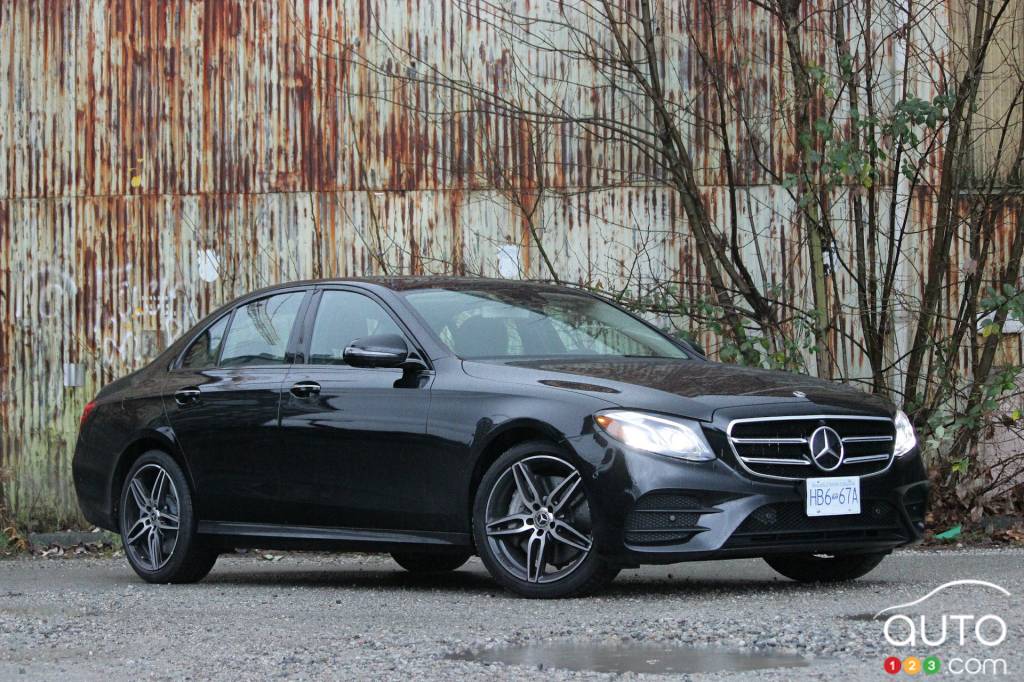 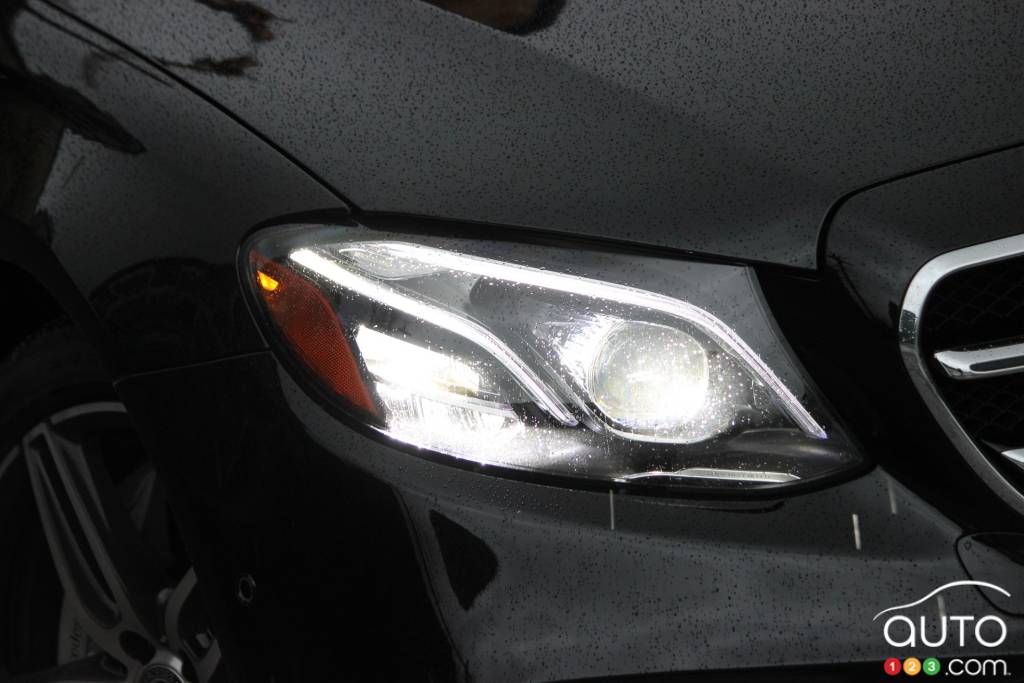 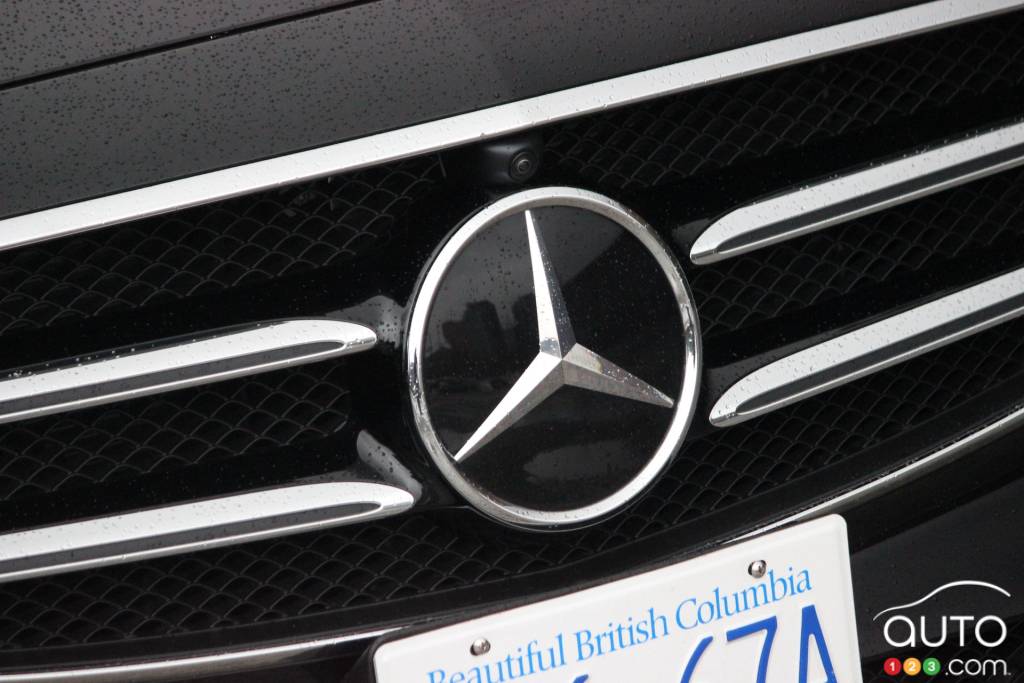