At the tail end of four weeks spent with the 2020 Toyota C-HR Limited, during which I added 1,200 km to its odometer (it would have been more had I not been occupied at dotting the i’s and crossing the t’s on the new 2021 edition of the L’Annuel de l’automobile automotive guide), I regretfully handed over the keys.

The bon vivant vibe of the model and its format, and its nimble handling backed by a suspension well calibrated to mix comfort and sportiness, will make me miss the little guy. I’ll also miss its sprightly and original good looks. I may not be in the targeted age group for the C-HR, but its undeniable youthful joie-de-vivre seemed to take a few years off my age, at least for a while.

Might Toyota have produced the fabled elixir of eternal youth without knowing it?

The nitpicks
What bothered me about the C-HR amounted basically to two points:

1) The tendency of the rear cargo space, when empty, to function as an amplifier of sorts for all the parasitic noises that invade from outside. Cement paving was definitely the noisiest surface to ride over. On the other hand, drive the car over a surface that’s smooth like the botoxed face of an aging Hollywood starlet, and you experience some real serenity.

2) It’s no use falling back on the audio system to cover the outside noises, which invade your space with high-fidelity forcefulness. As I mentioned previously, the buyers targeted by this model expect better from their sound system than they get. As do audiophiles of any age, mind you. In Europe, by the way, Toyota has asked long-time partner JBL to produce for the model there a better audio option. In the name of all Canadian music lovers, I demand aural parity! 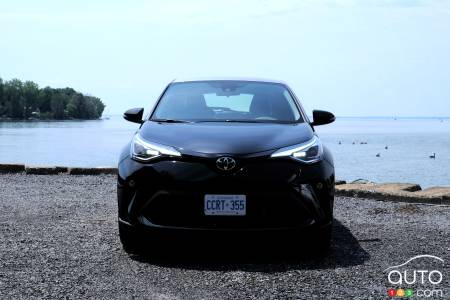 Kazuhiko Isawa, lead designer of the C-HR model, had this to say about his baby:

“We didn’t set out to create an SUV that’s dynamic, but rather a dynamic vehicle that offers the qualities of an SUV. We wanted it to stand out for its unique personality and be fully original.”

Fully original? Yep. About that point there’s simply no arguing.

I also agree with the “dynamic” attribution – except for the unpleasant howling from the 2.0L/CVT tandem when you push it around a little. Which actually makes the C-HR into an incentive to be on time in your daily life. How so? Better to plan and give yourself time to get where you’re going on schedule than have to be aggressive with the gas pedal and torture your eardrums and teeth.

As for the trunk, which is admittedly smaller than many of the model’s rivals, I would think you get used to it in the long run. Just don’t expect to go lugging church pews around…

Photo: M.Crépault
The 2020 Toyota C-HR, next to a much more sober CR-V

Speaking of rivals…
The C-HR sits on the TNGA (Toyota New Global Architecture) platform that’s made the rounds across the Toyota range of models. When I asked Toyota Canada to identify for me the model’s direct rivals, I was told the Honda HR-V, Nissan Qashqai, Mazda CX-3 and CX-30. Okay then, let’s compare a few measurements and capabilities, for instance their respective wheelbases and lengths (in mm) and of course cargo space (in litres, once the seats are folded down):

To those, we could add the Korean models…

And why not these as well…

We could, but won’t for lack of space, add the American products to the list (Chevrolet Trax and Trailblazer, Ford EcoSport, Jeep Compass, etc.).

Anony-toasters no more
Clearly, the compact crossover segment is an increasingly crowded space. In the face of all that competing machinery, the C-HR reflects the desire of Toyota’s big boss Akio Toyoda to offer consumers a vehicle that’s more interesting to look at and to drive than the appliances on wheels that his predecessors tended to produce.

And even as I bawl petulantly for a larger trunk, better audio system, AWD and a hybrid powertrain, I can almost hear the Toyota boss telling me to shut up and go check out the RAV4 in the showroom then.

Pop quiz
To thank you for accompanying me during my four fun weeks in this fun car, a test! Well just a friendly quiz actually. First question: What does C-HR stand for?

According to Toyota, both a) and b) are the correct answers. I have to say, though, that personally I find c) is a really good answer, and in fact several European journalists have just gone ahead and adopted that moniker for the model.

Second question: The C-HR, first revealed at the 2016 Geneva Motor Show and made available here as of April 2017 as a 2018 model, is assembled in four different factories around the world, located in four different countries. Where is the model sold in Canada built?

If you chose the country harboring the magnificent Blue Mosque and its six mighty minarets, you win – c) it is. But what do you win exactly? Why, an appointment for my next long-term review right here on Auto123, of course! Until then… 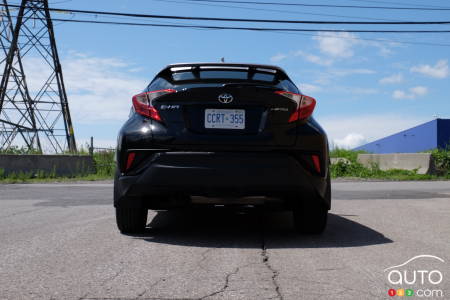 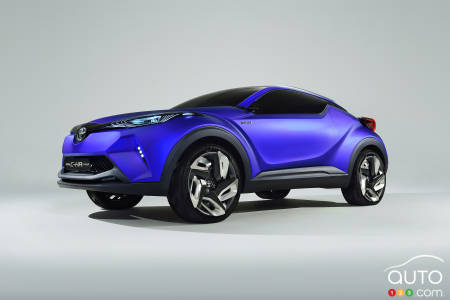 As part of our Auto123 long-term review of the 2020 Toyota C-HR, Auto123 turns beauty pageant judge. It’s obvious from the first glance: the C-HR is esthetic...

As part of our Auto123 long-term review of the 2020 Toyota C-HR, today in Part 2 we look at whether the meat under the hood is as tasty as the bun that surro...

As part of our Auto123 long-term review of the 2020 Toyota C-HR, today in Part 1 we look at the little guy’s ability to transport people and things. Unusual ...