The Jeep Wrangler is an icon. No debate there. A cultural, military, cinematic and off-road icon – the Wrangler (counting its CJ, Willys, TJ and so on forebears) is all that. There are few more recognizable models in the world.

What started out as a General Purpose vehicle (“GP”, or “Jeep,” as some historians have claimed for the origin of the name) has become a vehicle loved and cherished by a massive swath of the populace. You have your hard-core Jeep people – you know, the type that have hooks mounted on the walls of their garage in order to easily store the Wrangler’s removable doors – and you have surfers as well as off-roaders as well as Clueless-spec valley girls all loving their Jeeps.

Heck, now that they’ve brought back a pickup version in the form of the Gladiator, there’s even one that could work – albeit not quite as well as a more traditional pickup – for the neighbourhood handyman.

That said, there is one section of the market that the Jeep Wrangler hasn’t quite cracked. And that’s a problem, because it’s a sector that’s becoming increasingly prominent, thanks in no small part to governments the world over making it so: that of the hybrid, plug-in hybrid or battery-electric vehicles (BEVs). These are the kinds of vehicle pretty much every manufacturer has promised to be focused on – solely focused on – as early as 2025, because they’re being told that they have to. And Jeep’s no different.

The Wrangler 4xe (“four-by-e”) is the brand’s first foray into this sphere. 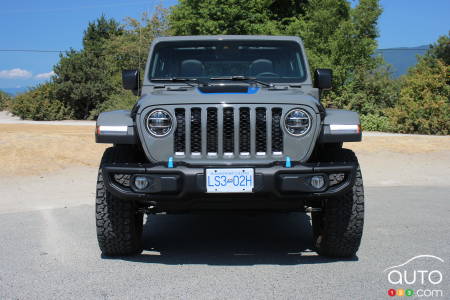 Of the three types of electrified vehicles, the 4xe is of the plug-in hybrid variety. That means it gets a gas engine – in this case, a turbocharged 2.0L – as well as two electric motors for propulsion. What makes it so attractive is that it can run on full electric power for a claimed 35 km, although I managed up to 38 during my various tests of the tech. But more on that later.

To be frank, from looking at it you have a hard time distinguishing it from its more traditional kin. The main giveaway is all the little blue bits you see sprinkled around the interior. You’ve got blue winch mounts, blue outlines around the “Rubicon” hood decals, a blue “Trail Rated” badge and those nifty graphics on the hood. Other than that, though, there really isn’t much to give it away. 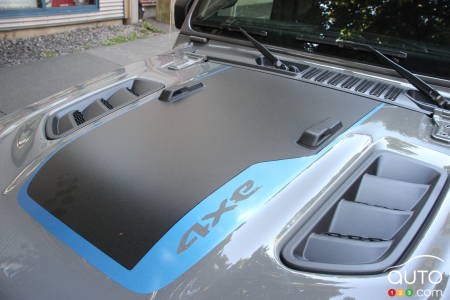 Which, if we’re honest, is probably a pretty good thing as Jeep would be loath to change the styling of such a popular and classic vehicle too much, lest they upset the legions of loyal fans they have. And newfangled powertrain or not, it was always going to be instantly recognizable as a Wrangler.

According to chief designer Mark Allen, this was a crucial part of the story – making sure this PHEV Jeep was still a Jeep.

“As long as I’m here, we’re going to have a seven-slot grille,” he said. “I don’t really care where the power comes from, as long as it goes to all four wheels.”

Which, of course, it does, and thanks to the instant hit of torque you get with the EV motor, it actually adds to the off-road performance. It’s not window dressing, either; Jeep took one of these on the famous Rubicon Trail off-road course and managed to complete the 35-km jaunt all on EV power. 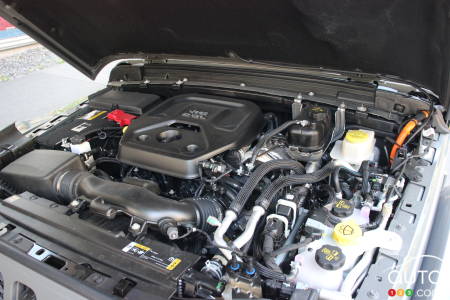 To keep the Wrangler 4xe capable, they’ve installed the second EV motor between the engine and transmission, and put the battery underneath the rear seats and wrapped in an aluminum cage. That way, it doesn’t have to sit in the floor – where it often does in PHEVs – which would likely mean a sacrifice to the ground clearance that the 4xe – especially in Rubicon form – needs. So instead of sacrificing ground clearance, you lose a bit of storage below the seats. That’s it.

That’s it and that’s all well and good, but as is the case with many PHEVs I test, what I wanted to find out with the 4xe was just how easily everything could be tweaked or modified to get the most out of the powertrain.

Which is something I didn’t have to try too hard to figure out because Jeep has made it so darn easy. 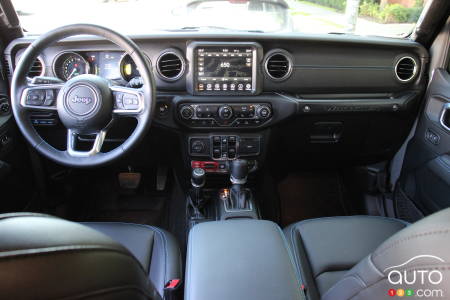 Just above the driver’s left knee sit three buttons marked “Hybrid”, “Electric” and “E-Save”. The first makes use of everything the powertrain has to offer for forward progress, the second setting is for EV-only driving – that’s what I used in the city during my 38-km run – and the third acts as a hybrid setting, but never allows your battery charge level to drop below what it was at when you first pressed the button. It will also charge the battery as you drive, all the way up to 85 per cent of its capacity.

In addition to that, there’s a button marked with a battery on the centre stack. What it does is allow for full-regen mode, meaning the EV motor runs backwards when you release the throttle to regenerate as much power as possible. Unfortunately, it isn’t a full one-pedal driving affair as no matter where I tried it – uphill, downhill, flat, in space, under water – it never stopped fully until I went to the brake. It does help recover charge, although I didn’t notice a huge difference in my overall range when using it or not. 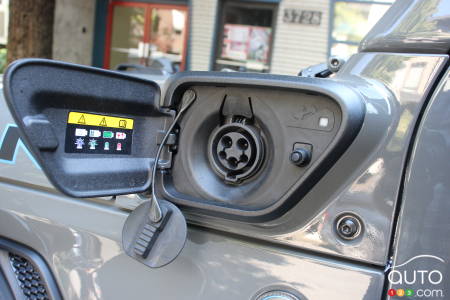 Of course, this is a PHEV, so it might be considered moot if you can plug in at the end of the day. Do that, and assuming your commute is of reasonable length or less, you could spend your entire week in EV mode. And, uncharacteristically for a Wrangler, you’d be doing it in a fairly relaxed manner as there’s no powertrain noise. You’ll still have wind noise and the sometimes-not-so-gentle hum of the tires on the pavement below, but this 4xe has done for the Wrangler what I never thought possible – not only has it modernized it; it’s cultured it.

Sure, in Rubicon form it’s still rough on the highway and there’s no doubt it’s an ultra off-road Wrangler with the ride to match, but that’s to be expected, really. Plus, you can also get the 4xe powertrain in the softer Sahara version. Which could be the better fit for the 4xe just because it’s got a little more mass-market appeal.

Which was the real takeaway for me from this test. Yes its off-road chops are maintained, but there’s something about adding an electrified powertrain that makes it a more accessible vehicle for more people. Those always wanted a Wrangler but couldn’t really justify its somewhat un-efficient attitude or something along those lines could be swayed. Even my tester’s optional auto-retracting sunroof (a pretty penny at $3,995), which flies in the face of Wrangler roofs of old that you needed blueprints and a master’s in engineering to solve, is a good way to make this edition that much more livable. I know I’d opt for it, even if Jeep purists might scoff. 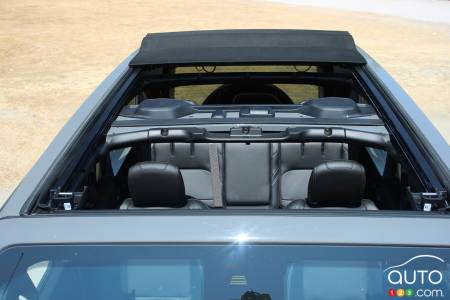 This is the thing, really: I have no reason to believe that those Jeep purists won’t love this as much as any other Wrangler, but in addition to that, there could be a whole new customer base it appeals to. Judging by the success of other Jeep models that are already using the 4xe powertrain in other markets, that seems like a darn good bet. 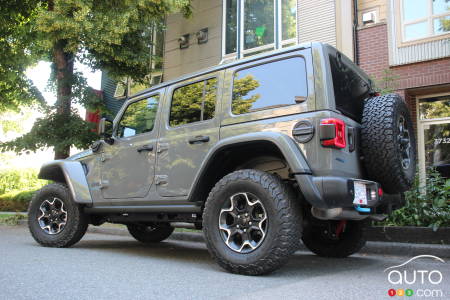 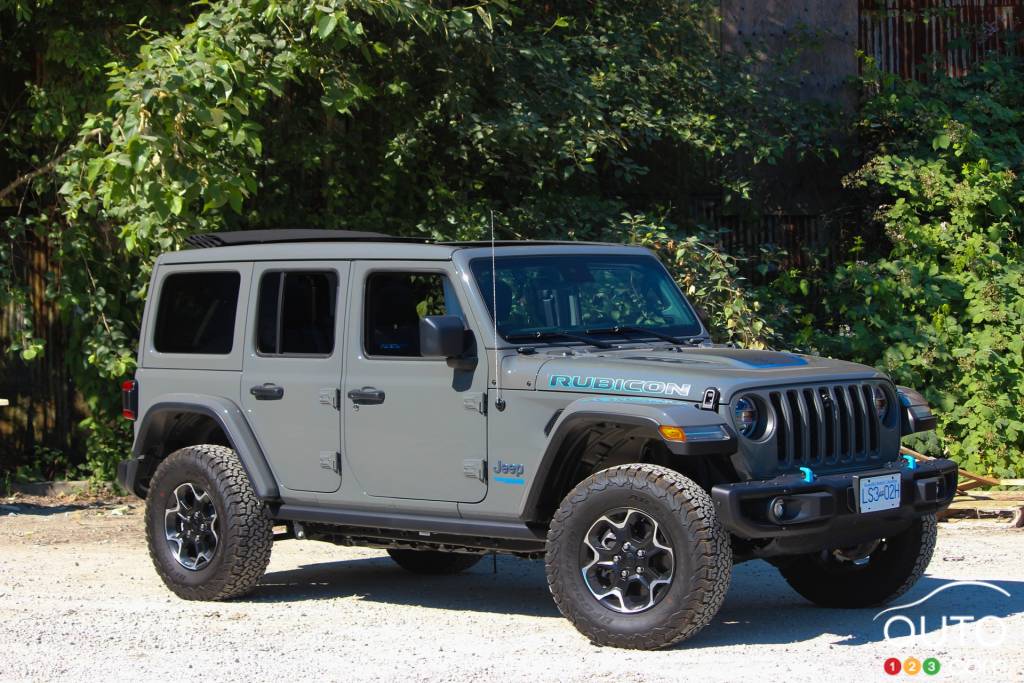 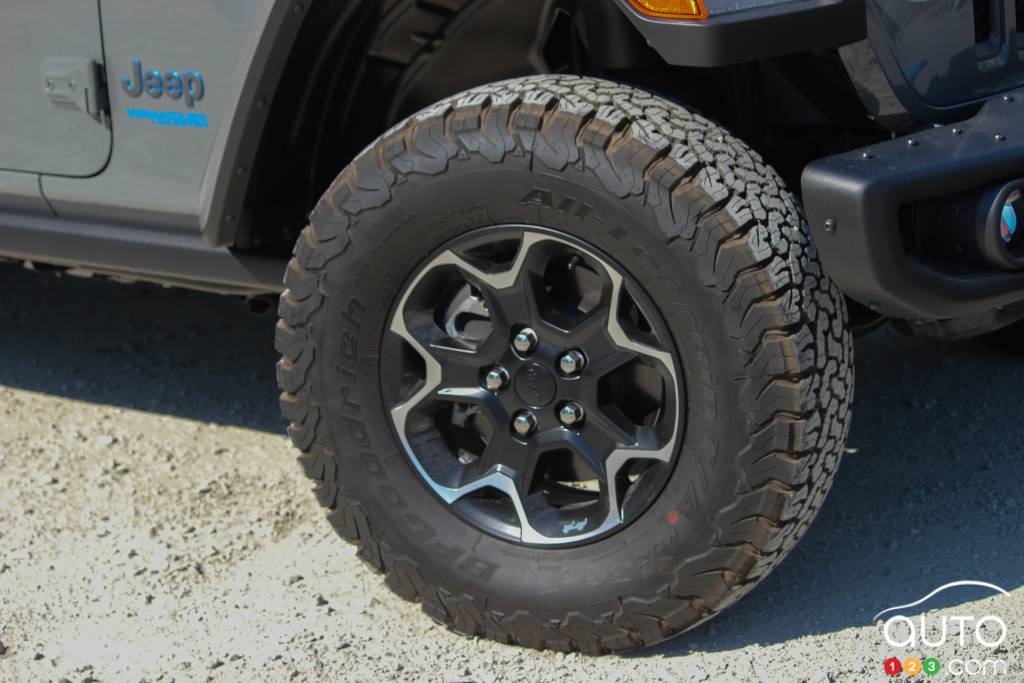 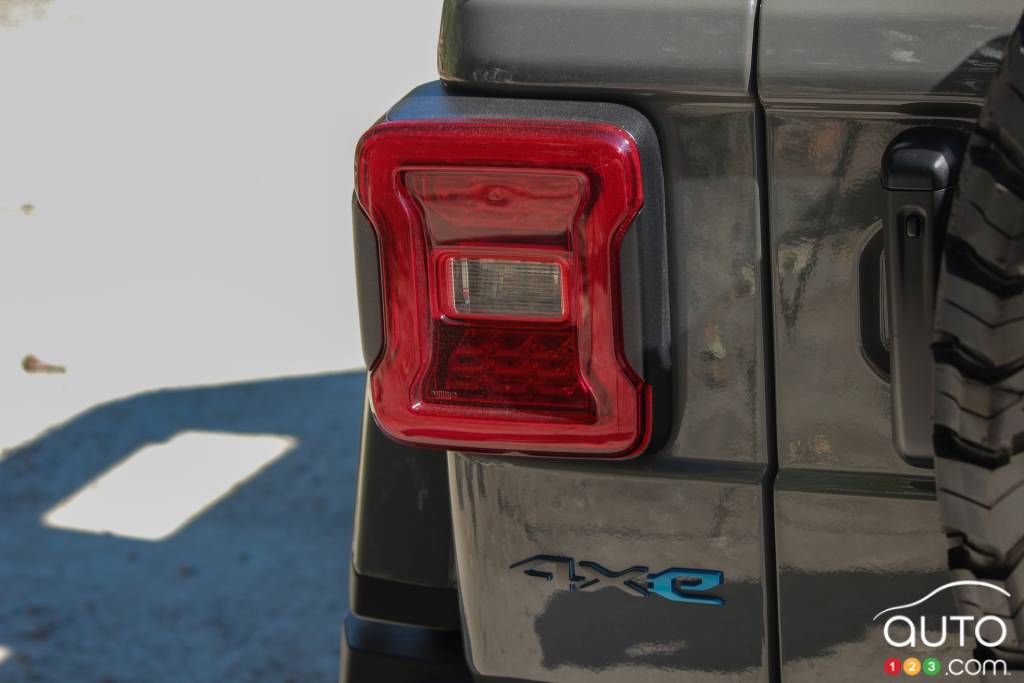 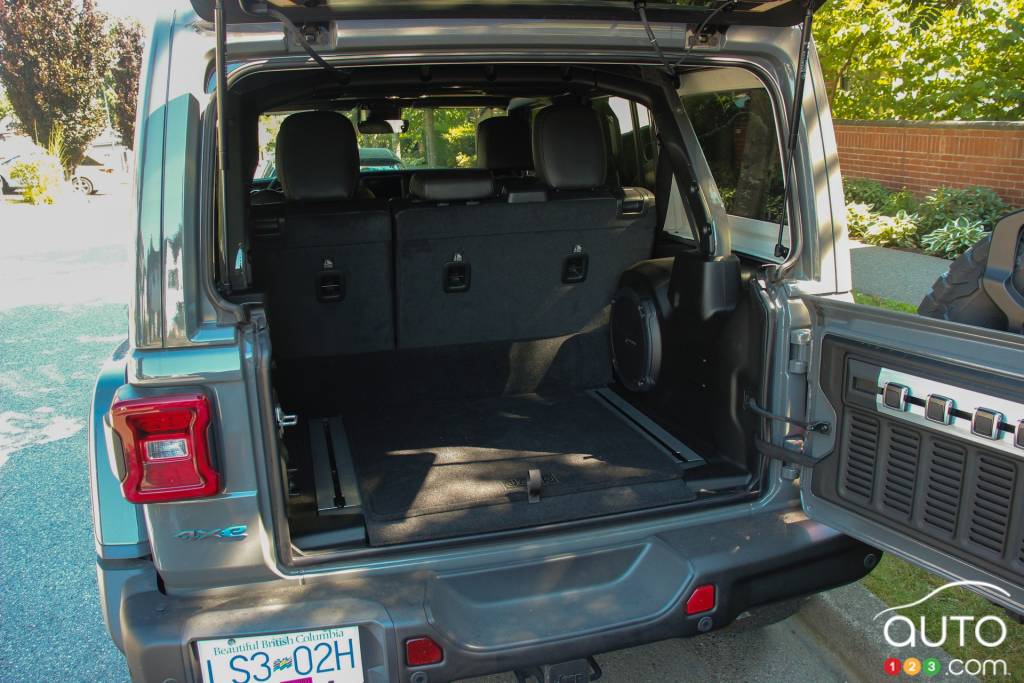