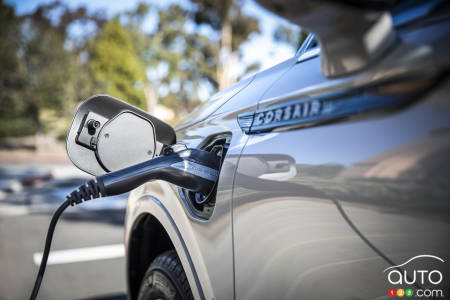 With plug-in hybrid SUVs multiplying on the market, consumers are faced with an interesting array of choices.

Normally and logically, you would expect them to go for the model that suits them best, after factoring in elements such as price, style, equipment, image, driving style, etc. Except that with the current supply-chain crisis and waiting times for certain models stretching to 12, even 24 months, those traditional criteria may be getting shoved aside in many cases.

In other words, the top consideration for many buyers now is, “Can I get it soon?” That might be one factor that helps the cause of the plug-in hybrid version of the Lincoln Corsair, because otherwise, it’s legitimate to wonder if enough folks care about it, outside die-hard Lincoln brand fans.

Because, the reality is that if buyers are interested first and foremost in a model that offers some electric range, they can go for the PHEV version of the Ford Escape, for the Toyota RAV4 Prime (although they risk waiting extra-long for that one) or for the Mitsubishi Outlander PHEV. All of those are less expensive than the Corsair PHEV.

Still, if the Lincoln can be delivered more quickly...

That this may even be a top consideration for buyers shows how much the industry and markets have changed in the last couple of years.

So, good for Lincoln for offering a compact SUV with electric range. But apart from that “detail”, there is the question of whether the model is worth the asking price. 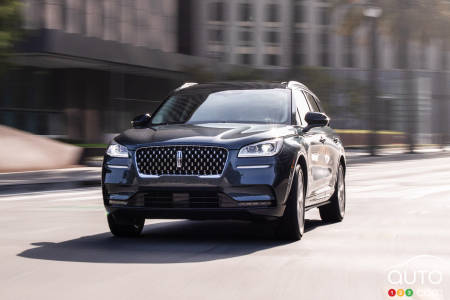 The Lincoln image
To be successful, and remain so over time, an automotive brand needs a strong image. This is true for both mass-market and luxury automakers. And for a long time, Lincoln’s was an impressively strong one. But at the turn of the current millennium, it began to lose its way. This was especially glaring when compared with big rival Cadillac, which was simply more aggressive in rebuilding its image.

In comparison, Lincoln seemed to wander. The company tried many things, but with not much success. About 10 years ago, the company even changed names, becoming The Lincoln Motor Company.

Things never took off, to the point where rumours circulated regarding the possible demise of the brand. Whether it was founded on fact or not, that kind of speculation simply doesn’t gain traction when things are going well.

The latest generations of Lincoln models have shown there’s change afoot. The brand now seems to assume its American character and plays the luxury card like never before. You could almost call it an Americanized version of Lexus.

The division is starting to reap the benefits, recording in 2019 its fourth year of sales growth in the last six. The first pandemic year of 2020 saw it decline very slightly, but it also increased its market share in a tough year. 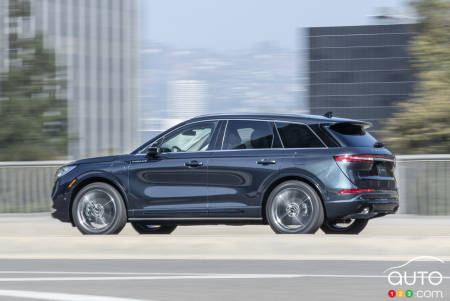 The Corsair
Now, about the Corsair. Basically, two configurations are offered, one offering gasoline engines (two turbocharged 4-cylinders (2.0L and 2.3L) are available), the other a hybrid. The latter consists of a 2.5L 4-cylinder engine and an electric motor, with output rising to 266 hp.

Next to the fuel economy the electrified model delivers, the most important element here is electric range, and the Corsair delivers just 45 km of it. That's 15 less than the Ford Escape.

Of course, this model is comprehensively well-equipped. Except that, there are a few notable features missing with this Grand Touring, such as a heated steering wheel, wireless charging for smartphones and a hands-free tailgate. You actually have to add money to the pile to get them. These are missteps we don’t think we can or should sweep under the rug.

We understand about the 24-way seat option. But the heated steering wheel? Not so understandable. Leave that kind of aberration to Mercedes-Benz, we say. 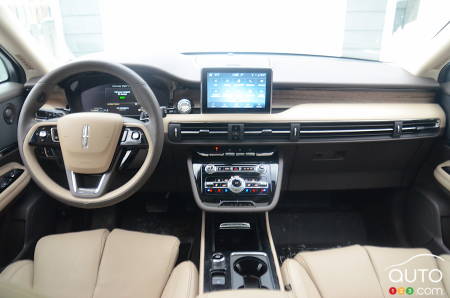