The mid-size luxury SUV segment has never been as chockful of brand-new models and generations as it is right now. In the past few months the market has been inundated with updated versions of compact SUVs from across the range of manufacturers. From the Volvo XC60 to the Jaguar F-PACE, from the Audi Q5 to the Alfa Romeo Stelvio, there are just a lot of recent vintages to choose from, and we haven’t seen the likes of the new Acura RDX and the INFINITI QX50, both of them likely to drop onto the market in the coming weeks.

Which brings us to the BMW X3, also rejuvenated for 2018. The SAV (for Sport Activity Vehicle) first launched back in the mid-2000s, and is now on its third generation. Frankly, the past two decades have done the model a world of good. And while BMW has certainly been busy multiplying the number of utility models in its arsenal – it ranges from the X1 all the way up to the imminent X7 – the X3 remains a very important weapon for the brand.

I got the chance recently to check out the most coveted edition of the model, the 2018 X3 M40i. The excellence of this variant almost makes you wonder about the necessity of bringing forth the X3 M edition, due to take its place at the top of the model’s hierarchy later this year.

An evolved design
BMW’s design esthetic continues to evolve as its designers produce new concepts, and the X3 gets the same treatment. The model’s position of importance does mean that the creators of the new generation had to be prudent in their tinkering - which is why we talk of an evolution and not a revolution in this case.

Back, unsurprisingly, is the two-section front grille, except it’s now more prominent than ever, in a reflection of a trend that has been evident in all the company’s recent products. As this version has been dressed up by the M division, a small M has been placed above the air intakes to distinguish the M40i model.

From the side, the X3 is not radically different than before, other that the revised fenestration in back. The position lights have also been redrawn for the 2018 model, while the presence of dual exhaust tubes at the best of the rear bumper confirms the presence of mechanics with performance on their mind.

A thoroughly modern interior
The evolution is also evident inside, and the adjustments to the cabin follow the lead shown by other BMW models recently introduced by the carmaker. The touchscreen “inserted” in the dashboard and slightly oriented towards the driver is a prime example. The large number for the climate control and audio systems are grouped together under the central air vents.

The driver’s position is excellent and can be highly personalized thanks to the many adjustments that can be made to the seat and the steering column. The gearbox’s ergonomic lever is back, and, to its left, the Sport, Normal and Eco Pro mode buttons allow you to change the character the X3 instantly. The Sport mode is the most exhilarating one, no surprise there.

The comfort of the seating is worth noting in this hot rod on high legs, and the space gained in the second row will undoubtedly please passengers sitting back there. The quality of construction has clearly been boosted since the previous edition, as has the level of sound insulation.

(Even more) power to play with
With 355 horses connected to the right-foot pedal, accelerations are anything but dull! For 2018 the inline-6 twin-turbo engine has gained a few horsepower over the previous edition, which had to make do with “only” 320 hp. Torque has also been ramped up, going from 300 to 369 lb-ft, making passing on the highway that much more of a breeze. For its part the 8-speed automatic transmission manages all of that power and push without fault, in all situations.

Sporty road handling
I’ve always been a fan of cars, particularly those that hug the road. Their low centre of gravity enables a winding trajectory at higher speed. Conversely, taking a curve at speed at the wheel of an SUV requires a bit of intestinal fortitude.

Fortunately, over the years, manufacturers have greatly improved this aspect of utility model’s performance, and BMW deserves credit for changing the way companies approached these models. You may recall that BMW’s very first SUV, the X5, pretty much forced the hand of competitors when it was introduced in 2000, thanks to the uniquely sporty driving experience it delivered.
The BMW X3 M40i fits into this tradition of making utility vehicles able to follow where sports cars go. I had plenty of opportunity to appreciate its capabilities in my days spent at the wheel. It’s a shame that my tester was still shod in winter tires at the time – kind of late, frankly, it being the month of May when I drove it – because it affected the reaction times of the vehicle in different manoeuvres. I would have loved to see what the X3 M40i could do when equipped with the optional 21-inch wheels.

The handicap of winter tires notwithstanding, the X3 behaved impeccably. The engineers at BMW know how to calibrate a suspension so that it provides both comfort and enough firmness to reassure the driver. The steering of the X3 is also one of the model’s strong points; although, at the risk of repeating myself, low-profile tires would have put me in closer touch with the road.

The last word
My longstanding view remains unchanged: a car delivers superior sporty driving in comparison with an SUV. But as this marvel of German engineering illustrates so well, it is possible to have a rocking good time at the wheel of a utility model like the 2018 X3 M40i, all while enjoying a premium level of comfort. 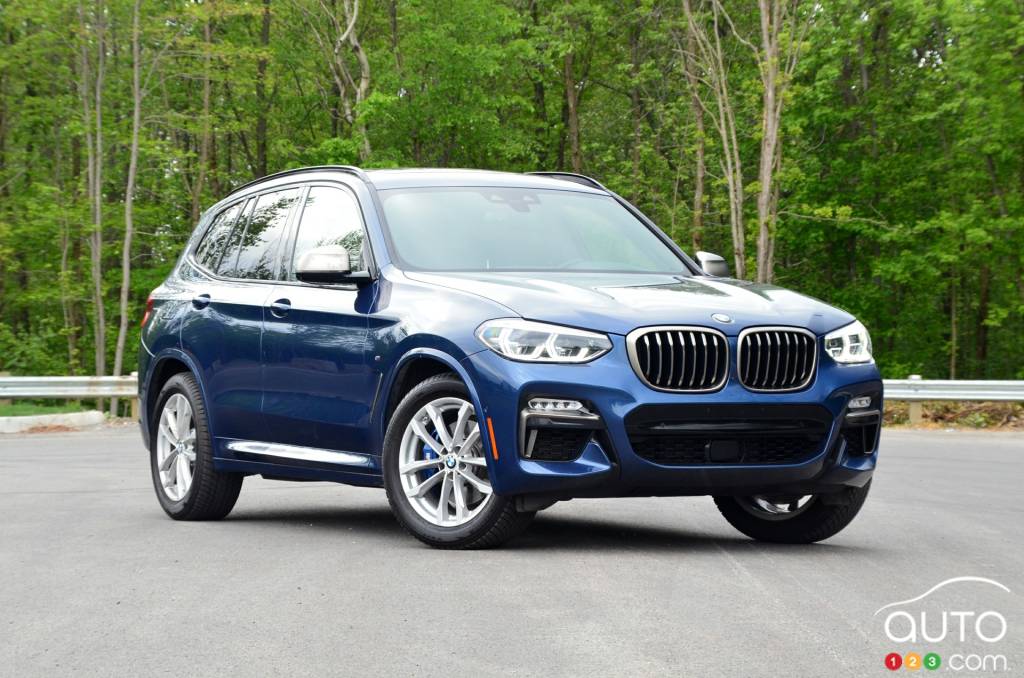 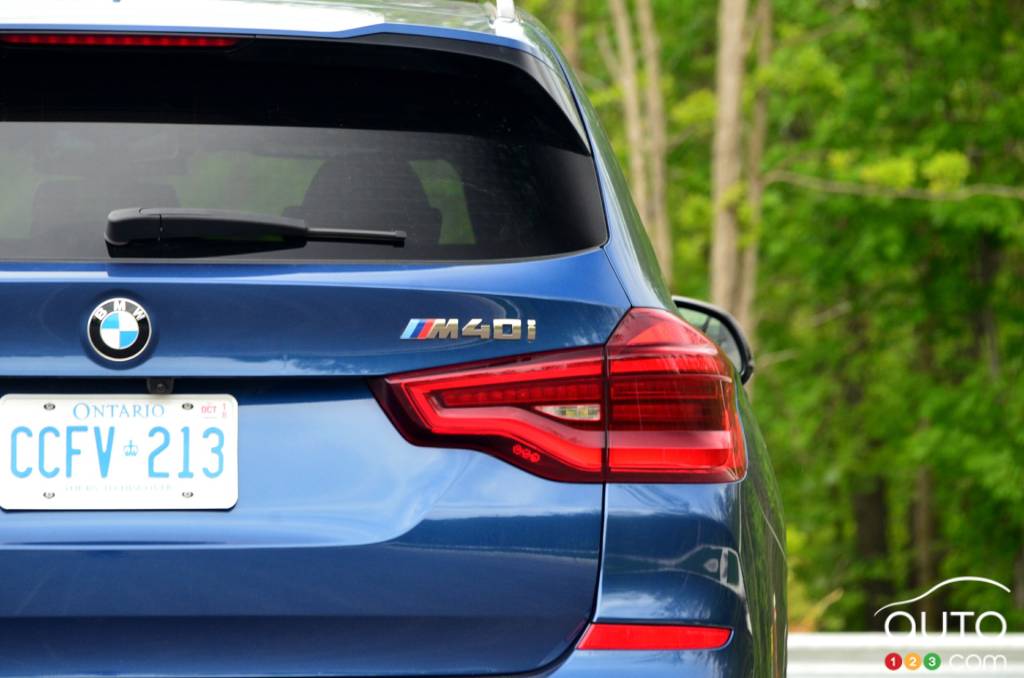 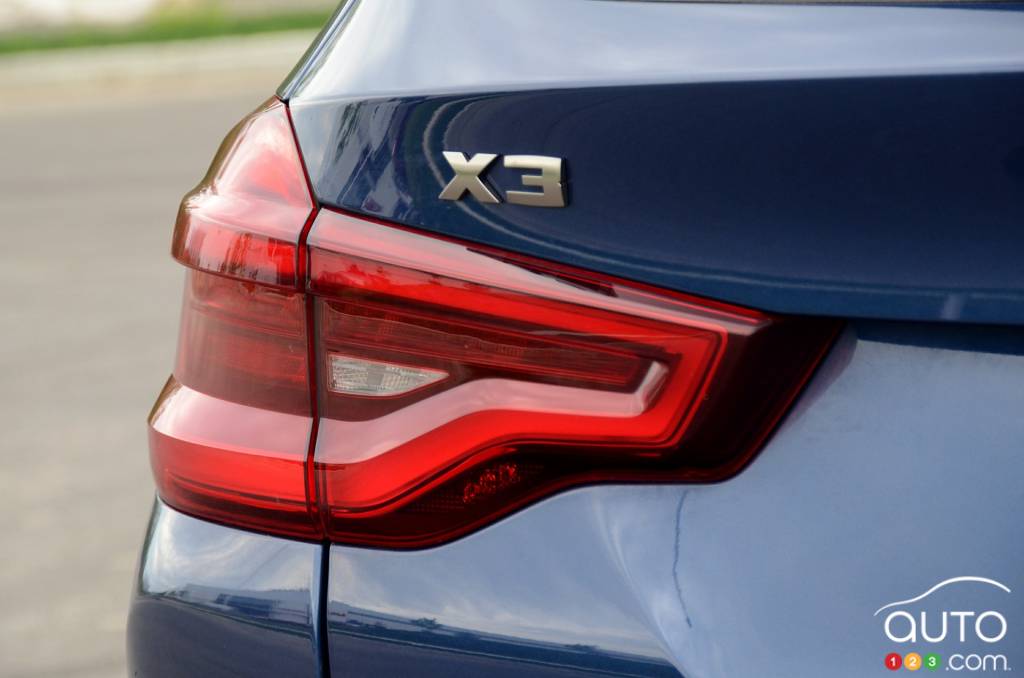 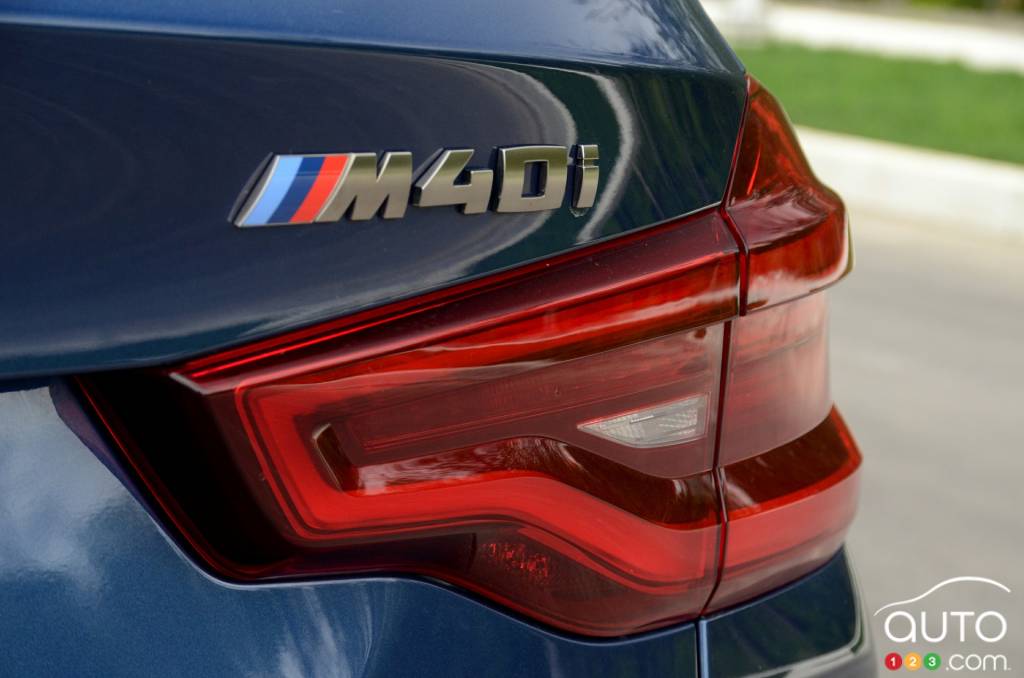