In 2016, Honda unveiled the 10th-generation edition of its popular Civic, the model that had opened the gates to the North American market for the Japanese automaker. The generations that had preceded this one had changed little, especially in the three most recent iterations. Tweaks were limited to the model’s contours, a few mechanical improvements were made here and these; for the most part the company relied on the brand’s reputation for quality and reliability to carry the model along and retain its customers.

In ’16, however, the company gave it a major overhaul, or a “reset” to borrow an IT term. The shape, the powertrain, the transmission - all were overhauled. Its personality has previously given off a kind of gentrified vibe, with priority given to comfort and driving pleasure. Now, the company was attempting to put together a complete automotive package.

To judge by the reaction it received from consumers and from automotive hacks, the transformation was a resounding success. Since then, buyers have the choice of three configurations: the conventional sedan, the five-door sedan (with hatchback) and the coupe. What’s more, performance addicts can opt for the Type R model and its 306 hp-fueled driving experience.

We spent a few days puttering around in the Touring sedan version, and even after three years on the market, this generation is, to our eyes, not showing any wrinkles or signs of aging. It should be noted that for 2018, Honda has left its Civic almost completely unchanged.

Aggressive, even controversial, silhouette
The two generations that preceded the current one were severely criticized for their lack of visual panache. Honda’s designers were content to make a few adjustments year to year; you’d have to line a new model-year Civic up with its predecessor to discern any difference at all. The 2016 makeover, though, was not meek, far from it. Basically, the old shape was thrown in the waste basket, in favour of aggressive contours and a front section dominated by a front grille stretching out to the headlights, under which were placed imposing modules designed to house anti-fog lights. Immediately this gave the car a more modern and dynamic appearance. The same touch was applied in back, with the brake lights and rear lights placed in sideways V formation on the wings and on the top of the trunk. This new visual signature is instantly recognizable and distinctive out on the road. At night, the Civic might now be the most easily recognized car on the road at a distance.

Interior: some hesitation
Though our tester was the high-end version of the 2018 Civic Touring, we found the quality of materials in the cabin slightly disappointing. Yes, the plastic covering the dashboard is relatively supple to the touch, but some of the elements on the steering wheel felt like they’d been subject to cost-cutting decisions, which diminish the character of the car. I don’t want to overstate the gravity of this, it’s just that given Honda’s reputation in terms of quality of materials and finishing, this seems like an uncharacteristic dropping of the ball. What’s more, the lower-end trims come with upholstery that fails to impress and tends to retain dust, dog fur and such.

On a more positive note, the steering wheel is pleasant to the grip thanks to its well-dimensioned circumference, while a number of commands are placed on its horizontal arms. From there you can operate the audio and phone systems and the cruise control, among others. The display screen is a good size and transforms as needed into a side-view camera, showing to the right when you click the turn signal rightward (as well as when you push a button on the turn-signal lever). Ingenious it is, and highly practical.

On the other hand, the infotainment system could work a little better, and it’s still a darn shame that you need to access a digital touch command to the left of the touchscreen to adjust the volume of the audio system. Honda has gotten an earful about this, and it has responded by saying that the left side of the steering wheel has a button that allows the driver to adjust the volume easily. This is true, but the button is hyper-sensitive, and it’s all too easy for an errant thumb to startle the car’s occupants with a sudden blast of crazy-loud music.

Overall, ergonomics are good, the seats offer decent comfort and space is generous for a car of these dimensions. Still, because the car sits relatively low to the ground, anyone getting in has to bend their heads down to do so. Rear seats are relatively comfortable even for fairly tall adults, but again, they’ll have to do some real bending to get themselves in there. The trunk is pretty large, offering up 400 litres or cargo capacity (727 litres on the five-door version).

Choices and performance capabilities
Honda is offering four different engine configurations for its Civic, but keep in mind that not all of them are available with every trim. For one thing, the Type R is the only one to come with the 306-hp 2.0L turbo engine. Then there are the Si versions, which come with a 1.5L turbo that produces 205 hp. This is the same engine offered in the more luxurious trims, although in those the total power output is reduced. And if you opt for the entry-level Civic, you’ll get a 158-hp 2.0L naturally aspirated engine, along with a standard 6-speed manual transmission. The CVT transmission is available as an option with these models, but becomes standard with the 1.5L turbo-powered versions. This is the configuration we had in our test vehicle. We found little to complain about; the turbo’s response time is almost immediate and the CVT it works with is one of the best in the business. That said, the sound level is different than what you’d get from a conventional automatic transmission. That’s the kind of thing you’d get used to in a hurry, though.

Road grip is good without being particularly sporty. Overall this family-oriented Civic is pretty easy to drive and its handling won’t leave you disappointed. It is in fact one of the more consistent performers in its category, even if the steering could be a touch more precise. Where you might find yourself disappointed is in terms of the comfort level provided by the front seats, the quality of some of the components and the ease (or difficulty) with which you can get in and out of the vehicle.

In the bigger picture, though, these are minor issues when you consider the value you get from a Honda in terms of its reliability and excellent resale value, so amply proven over the years. 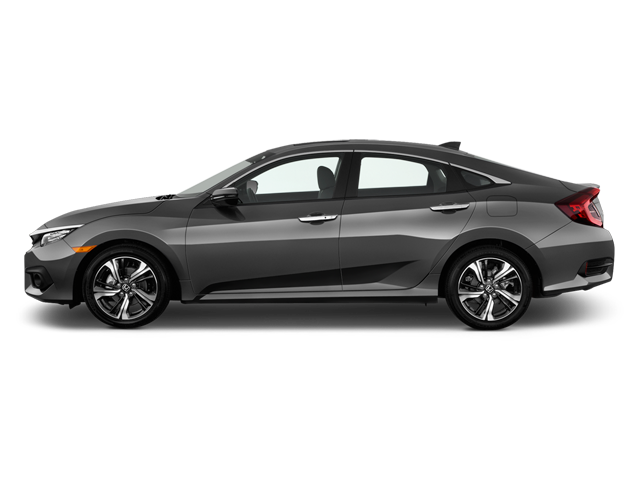 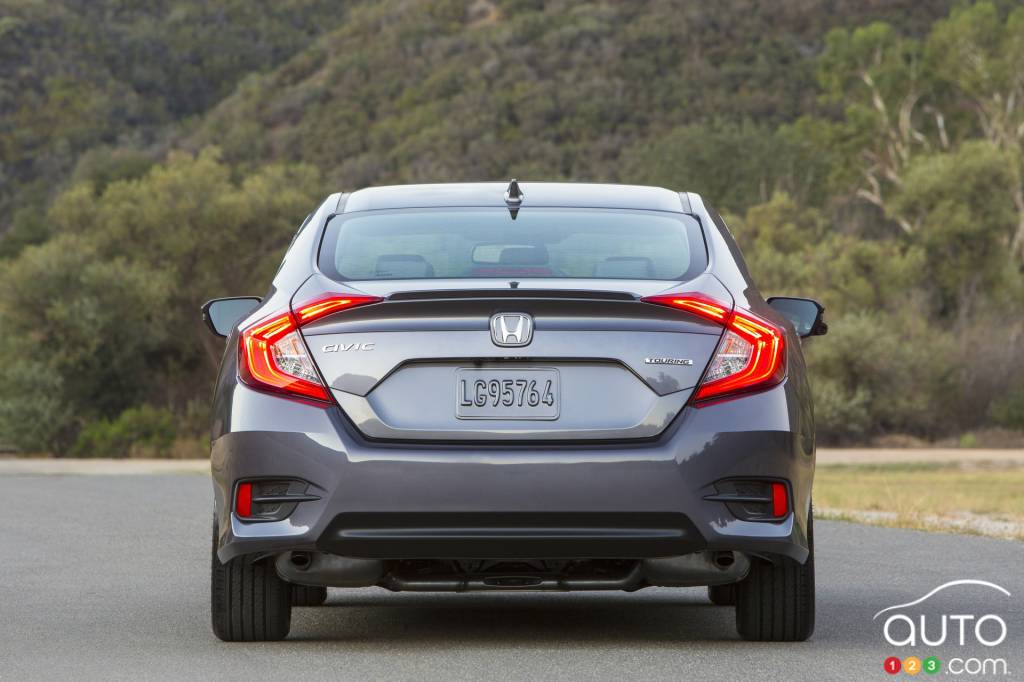 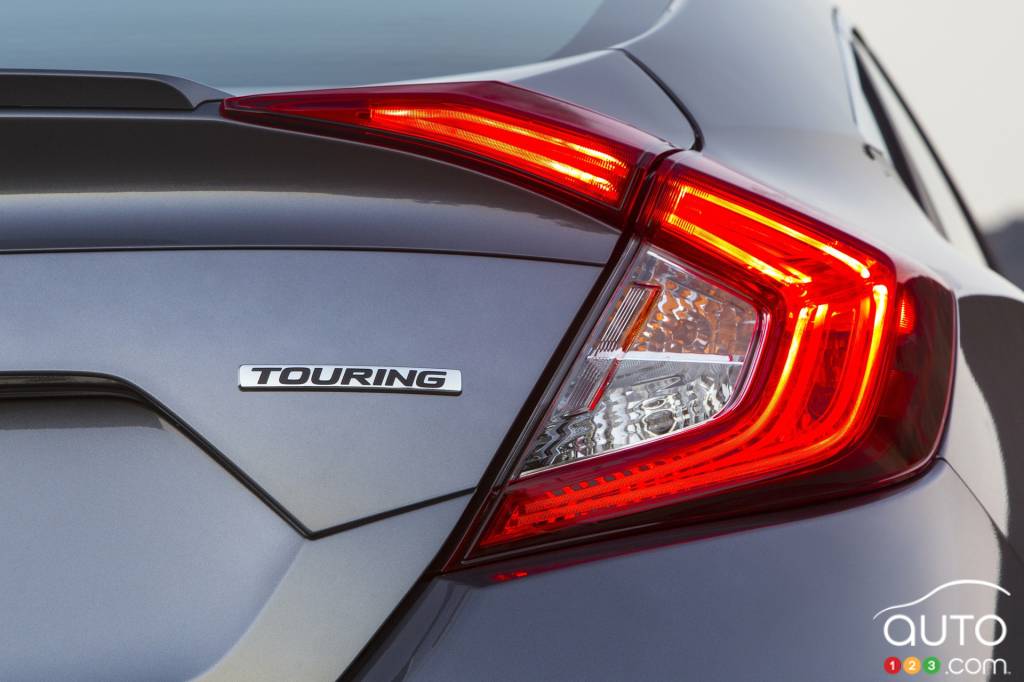 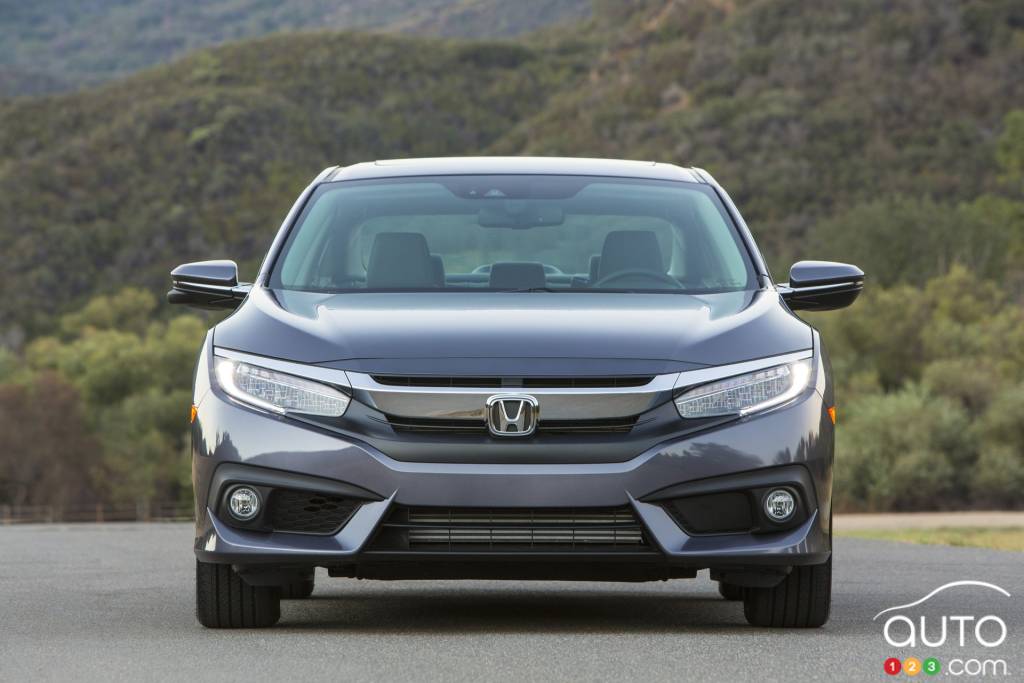 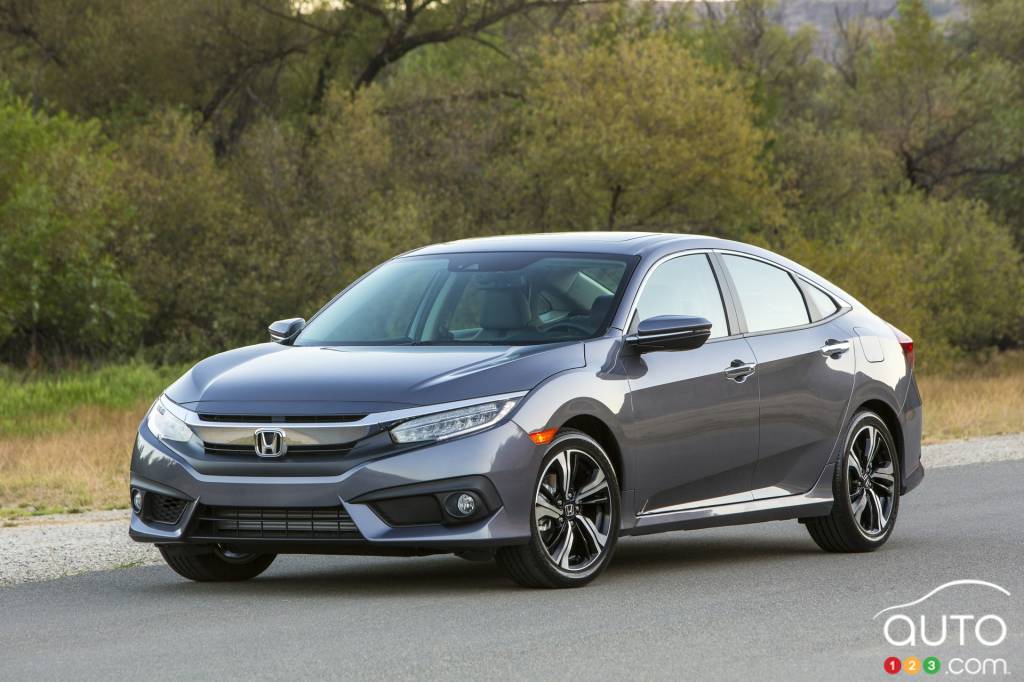