I think it’s safe to say that the Legacy is not the first vehicle that pops into people’s heads when you mention Subaru. It’s not as trendy and youth-oriented as the Crosstrek, not as roomy or versatile as the Forester or Outback, not as magnetically attractive as the WRX is to its manic devotees. Nor is the 2018 Subaru Legacy a particularly standout model in its class vis-à-vis its competitors. It won’t knock anyone on their backside with its performance, its interior styling is only now getting up to ‘meh’ levels and it won’t turn many heads when you turn onto the local Saturday night cruising street.

But the 2018 Legacy does offer very good safety features and rates highly on crash test scores, the interior is a lot more comfortable than it is flashy, and of course it’s got one very valuable asset many others in its price and size range don’t have: all-wheel drive. Solid selling point number one. In other words it’s a Subaru, pretty much what you’d expect from the automaker. And overall that’s a pretty good thing.

If you’re looking for huge differences over the 2017 edition, you won’t find them in the 2018 Legacy, although it has been given a decent refresh midway through what is now its sixth generation. The new grille that spans the carmaker’s lineup is now in place, bracketed by new C-shaped headlights and underlined by modified bumpers; together they do make for a prettier front end. But other than that, what it looked like last year is what it looks like this year. Considering that Subaru has been successfully selling the Legacy since 1989, they reasonably assume it’s not too broken, so why fix it… too much.

As before, the Legacy comes with either of two engines, one of them a 2.5L 4-cylinder that delivers 175 hp. The other is a bit more of a heavyweight, a 3.6L 6-cylinder with a maximum output of 165 hp, and 247 lb-ft of torque. This was the engine my Limited tester was running on. For 2018, the automaker also stopped offering the option of a manual gearbox, which will disappoint very few customers since only a tiny percentage of Subaru buyers (less than 4%) went that route in 2017.

On the road, the bigger engine I had for my turn in the 2018 Subaru Legacy bestowed on the car a surprising peppiness in city traffic. Acceleration was good ranging up to impressive, the braking was solid and the CVT, considered one of the better ones available in the business, rarely struck a false note as far as I could tell. I found myself quite enjoying scooting around urban streets. The highway ride was a more sedate affair, the suspension being nothing to write home about, in either a good or bad way. One thing that might make me hesitate regarding the bigger engine is that it slurps up fuel at a near-alarming rate – official figures are 11.9/8.3L/100 km, and in mixed late-winter driving I never got it below 11.5. If that’s a concern for you, the 2.5L might be a better option and it will save you pennies at the start as well. Your in-city driving will just get a little duller, is all.

Cabin space is a definite plus in the 2018 Legacy, even though if you’re really in the market for an AWD people-and-gear mover you’re probably going to head for the Subaru SUVs or the new Crosstrek. On the other hand, for roomy comfort for four adults, this old-fashioned sedan has nothing to fear from the Crosstrek with its tighter interior confines, for example. (I mention the smaller Crossover because even though it sits in a different category, its and the Legacy’s price points match up pretty closely).

Really, sitting in the back of the new Legacy is a pleasant experience even for larger-sized adults. Plus, one of the things Subaru worked on for the 2018 refresh is sound insulation, which was something the company obviously recognized needed to be addressed. For my part, I can vouch for the extreme difference in sound level the new Legacy offered in comparison with the last Subaru I drove (which, granted, was a 2004 Forester, but no matter, the point is made).  In any event, I would say in-cabin comfort for both rows of occupants is one of the more solid selling points (number two) for the Legacy.

Up front, nothing fancy going on with the seating, which is comfortable, or the dashboard and its infotainment screen, which are functional and intuitive to use. I repeat, the average Subaru buyer is not going to place flashiness at the top of their shopping list, and the Legacy provides little of it. The infotainment screen is larger at 6.5 inches than before (and it goes to 8 inches in higher trims), and the buttons on that screen are big so you shouldn’t have any issues with tapping the wrong one when you hit a pothole. Apple CarPlay and Android Auto compatibility is now included, though that is now becoming so widespread that it would be embarrassing if it wasn’t. My Limited version of the Legacy had the EyeSight package of drive-assist systems and some nice extra touches like a heated steering wheel, which I liked (who doesn’t?).

I mentioned the stellar safety record of the 2018 Subaru Legacy, and I think it’s worth coming back to. When equipped with the available range of safety systems, the new Legacy is actually one of the safest cars available on the market today. For a people mover, that’s not nothing. Solid selling point number three.

Price-wise, the new 2018 Legacy is quite reasonable in its class, especially as it comes with standard all-wheel drive. Starting price for the entry-level model is $26,760, while the geared up V6 Limited trim begins at $38,560. The issue I see for it, though, has to do with its ability to win over buyers who want what a Subaru brings, but might walk all of ten feet over to the other Subaru models in the showroom and see what those have to offer in terms of cargo space. Trunk volume for the sedan is 425 litres; no problem getting my hockey bag in there. But can you fit four hockey bags in there? You can in a Forester (base-model starting price, $27,835); its seats-up cargo volume is 892 litres. The smaller Crosstrek (base-model starting price, $25,532), meanwhile, offers 588 litres.

So why exactly would you walk into a Subaru dealer and drive off in a Legacy and not a crossover or SUV, intentionally sacrificing that extra cargo space? The argument that a sedan provides a livelier driving experience is a valid one, but many of the newer crossovers, like the Crosstrek, sit low to the ground and offer a driving experience that blurs the car-SUV difference. Which brings me back to my first point up top, as to the Legacy’s relatively obscure position on the Subaru roster. What’s a sedan to do, in 2018? 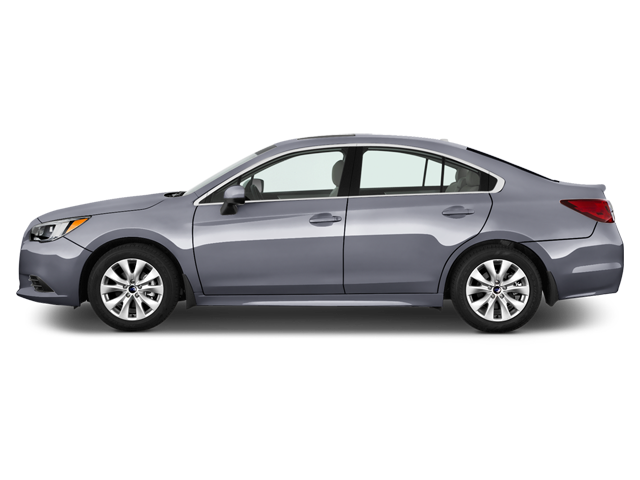 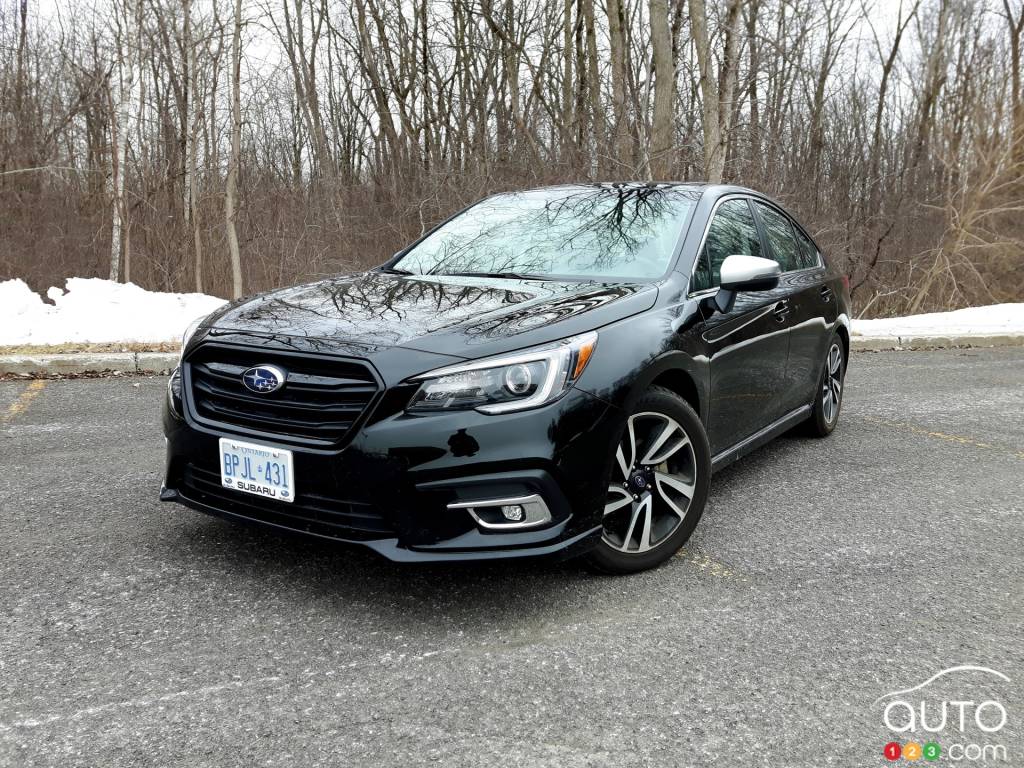 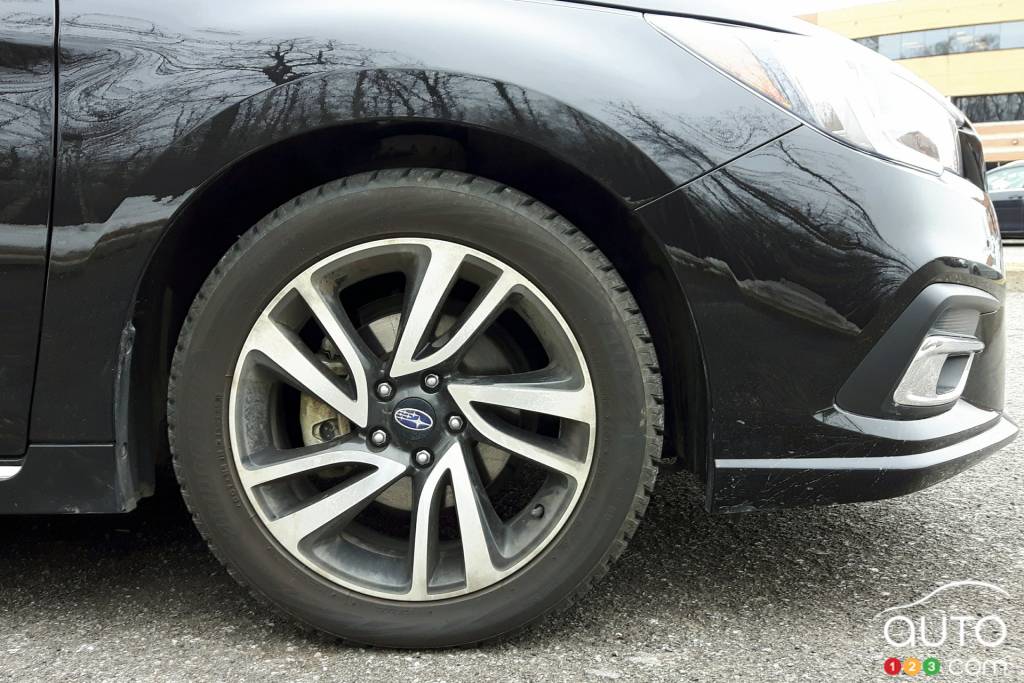 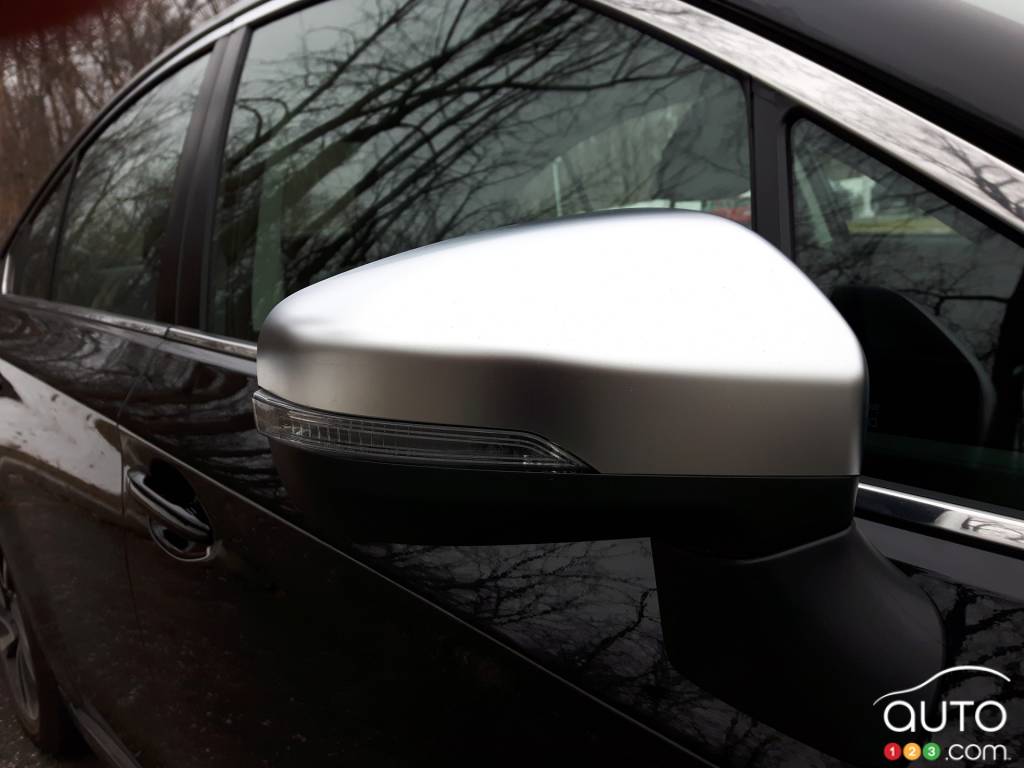 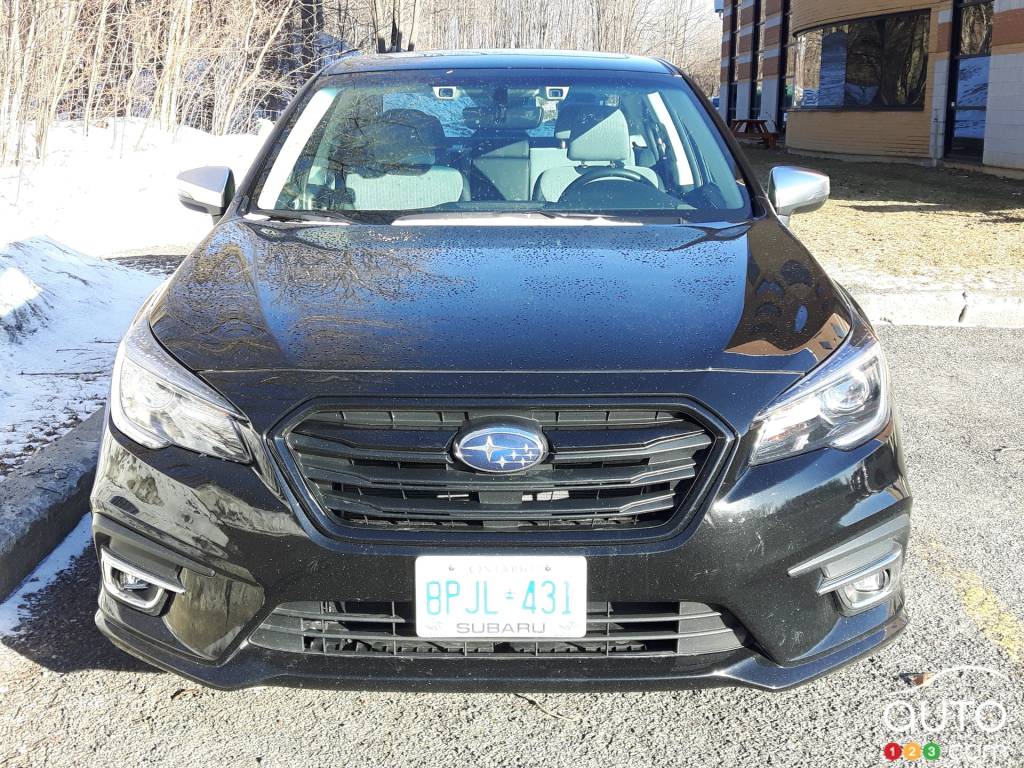 Canadian consumers will be able to buy the new 2018 Subaru Legacy and 2018 Subaru Outback beginning this summer. We give you a rundown of the different versi...

2020 Subaru Legacy Will Debut in Chicago Next Week

Subaru will present its next-gen 2020 Legacy sedan at the 2019 Chicago Auto Show next week. The model is not getting a drastic makeover, but it will be built...