When the first Acura RDX appeared back in 2007, you could count the number of competitors it had to contend with on one hand – in fact, on one finger. That was the BMW X3. How times change, though: one decade later, the luxury compact SUV segment is one of the most competitive in the industry.

Every major brand, luxury or not, now has a compact SUV fighting to make space for itself in the category. The new RDX has to contend with, among others, the Audi Q5, Mercedes-Benz GLC (formerly ​​GLK), Volvo XC60, Lexus NX, INFINITI QX50 and Jaguar F-Pace. Quite a challenge…

While its place on the leaderboard in the segment is by no means assured,  the 2019 edition of the RDX will certainly upend the established order as dictated by the Q5 and the X3. Available at dealerships for the past few weeks, the RDX features up-to-date technologies, upgraded safety features, striking design both inside and out, and a few surprises to boot.

In terms of its mechanics, the new edition actually circles back to its origins, sort of. You’ll recall that the first RDX was powered by a 4-cylinder turbo known largely for its addiction to premium gasoline! It was subsequently replaced by a 3.5L 6-cylinder generating 279 hp and 252 lb-ft of torque. The 2019 gets a… 4-cylinder turbo, though this new version retains essentially all the horses delivered by the V6, while increasing torque to 280; fuel consumption is slightly improved.

In terms of the sound produced, when I first drove the 2019 RDX I found that the slight screaming noise of the 4-cylinder was a bit odd, especially during accelerations. By the end of my week with the SUV, I had made my peace with it… as long as I drove in Sport mode.

That is one of four drive modes available, with the settings accessible via the central console. You get Snow, Comfort, Sport and Sport+. The first is self-explanatory, the second allows for maximizing ride smoothness, the third adds some sporty spice (and was my favoured setting), making the car’s responses nervier and eliciting a deeper sound from the engine. As for Sport+, it allows for quicker shifting, stiffens the steering and switches the gear shifter to manual mode so you can fully exploit all of the motor’s 272 available horses!

In all modes, the power-assisted variable-ratio steering offers a direct and linear response in all modes and the transmission counts no fewer than 10 speeds. Acura’s Super Handling all-wheel drive system sends 70% of the torque to the rear wheels, and then 100% of that torque to the right or left wheel depending on need.

Concretely out on the road, dressed in 235/55 R19 tires, the new 2019 Acura RDX handles with ease and confidence. Braking is sharp and very secure. There is no lag from the turbo, and acceleration is quick but smooth, as befits a luxury vehicle. What I loved about this engine is that, thanks to the turbocharger, there’s no need to climb up the RPM ladder to access the power of the engine. Starting at just 2,500 RPM, the 272 horses under the hood make their presence felt! When downshifting, if you use the manual paddle shifters, the gearbox takes you from 10th to 6th gear, or from 8th to 4th, to ensure quick but smooth deceleration.

My tester for the week was fully equipped. The RDX Platinum Elite edition benefits from 16-way power adjustable seats (heated and ventilated) that ensure great comfort on longer road trips. Rear passengers get to enjoy heated seats and sufficient legroom, as well as their portion of that magnificent panoramic sunroof.

The big change inside the 2019 RDX is the new 10-inch infotainment screen and a pad, both placed in the middle of the central console. The True Touchpad interface allows the user to select an icon using the touchpad, without having to slide fingers smartphone-style. In the Ture Touch system, the pas is aligned with the screen located at the top of the central console. So if the icon you want is in the centre of the screen, for example, you need only push down on the centre of the pad. It may seem a touch complicated at first, but believe me, after a week it seemed like the most natural system imaginable; I hardly ever found myself choosing the wrong icon.

The 2019 RDX is being offered in five trims, in comparison with the three available in 2018.

The Tech version (starting at $46,490) adds navigation, 12-speaker audio system, blind spot and rear transversal traffic monitoring, parking sensors, automatic wipers and USB ports for rear passengers.
The A-Spec version, which we expect will draw the most consumer interest, retails starting at $50,290, and for that you get an A-Spec badge, 20-inch wheels, LED anti-fog lights, 16-speaker premium 3D audio system, ventilated seats, a heated steering wheel, and power fold-in sideview mirrors. It’s also the only RDX that can be fitted with a magnificent and distinctive red upholstery (though available only twinned with certain exterior colours).

The final grade the RDX earned during my test drive was good, even great. Acura has put forth a very interesting model, pleasant to drive, with a turbo engine that is always present and accounted for! The comfort level of the interior is exceptional. It’s safe to say that the 2019 RDX could well take some bites out of the market shares of segment leaders the X3 and Q5.

Two elements did leave me disappointed. The first of these is fuel consumption! I never, during my weeklong test, was able to drop it below the 13L/100 km mark, with premium gasoline in the tank I should add. 65% of my driving was urban. Acura’s official city figure is 11L, but I never got there.

The second point involves… its price point. 2018 Acura RDX models, still listed on Acura Canada’s site, begin at $41,550 (for the base model) and rise to $46,550 (for the Elite version). This means that, just for the base model, asking price has gone up $4,600, which I have a hard time explaining. For the Elite version, the increase is $5,600; stack up the 2018 Elite with the 2019 Platinum Elite, and there’s a $10,600 increase. For sure some improvements have been made for the new model-year, but those are some significant jumps. 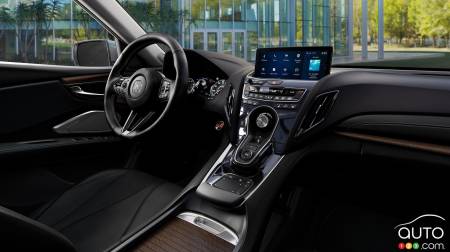 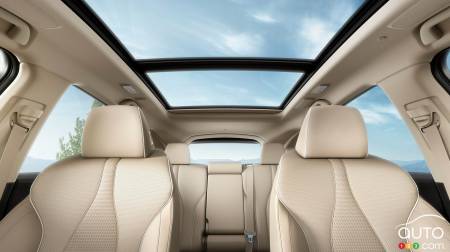 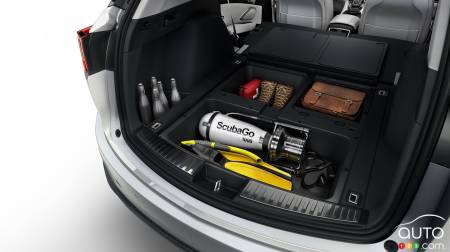 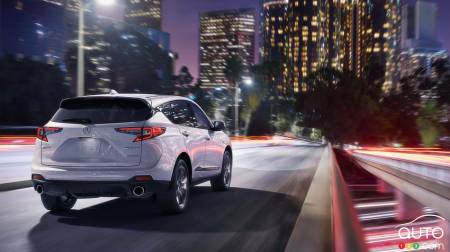 This week at the 2018 North American International Auto Show in Detroit, Acura unveiled its concept version of the upcoming new 2019 Acura RDX, set to go to ...