A 1948 Tucker convertible has appeared on the popular online auction site eBay. A fantastic opportunity for vintage car enthusiasts and collectors, you say. Absolutely, except there's a catch: Preston Tucker, the famous creator of the car bearing his name, never actually produced a convertible version of his model.

A bit of background, for those not initiated: Tucker was an American automotive brand that existed for a short period in the years following the Second World War. Founded by Preston Tucker, the firm launched the Tucker 48 sedan, but only 51 units were built before the businessman went bankrupt due to the federal authorities' crackdown on certain of his business practices.

As mentioned, Preston Tucker never officially launched a convertible. In fact, there is no official record of even a prototype being produced. According to Hemmings magazine, Jay Follis of the Tucker Automobile Club of America issued a press release in 2009 stating that the club found no evidence of a factory production of such a version. The statement came after the Madison, Wisconsin-based Benchmark Classics group said it had an unfinished prototype of a Tucker convertible and planned to restore it and was offering it for purchase for $5 million. 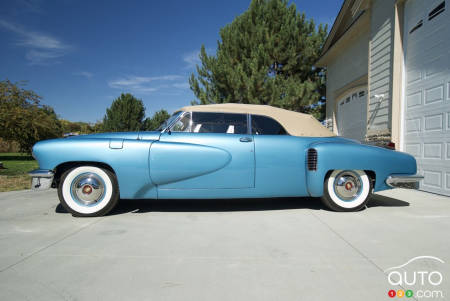 The piece, since fully restored and displaying the look of a showroom model, is now available on eBay for $2,175,000 USD. It was offered for sale by the Accelerate Auto Group, the contact person for which, Justin Cole, was also linked to Benchmark Classics.

According to Accelerate Auto, the convertible was one of many unfinished Tuckers. The car bears the chassis number 57 and it’s said that Preston Tucker was working on it when his company was shut down. It features a reinforced version of the 48 sedan's chassis and is said to have been developed in collaboration with Lenki Engineering, the same company that helped Tucker build the original 48 prototype.

After Tucker's bankruptcy, the convertible apparently spent "many years" at Lenki Engineering, until it was sold to an employee who wanted to complete it. The car then changed hands several times before ending up at Benchmark Classics. 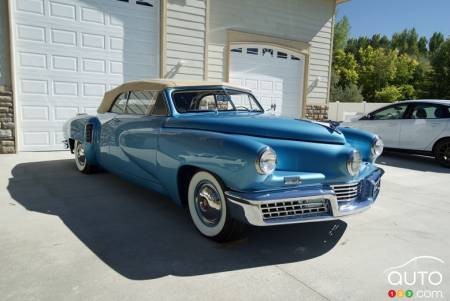 Accelerate Auto published on its website a number of documents that it says authenticate the car. These include an affidavit from a person who is believed to be a former employee of Tucker, confirming the existence of the convertible.

It should be noted that the convertible is equipped with many original Tucker parts. These include a 6-cylinder engine arranged flat and mounted at the rear, and connected to a cable transmission. The original engine was good for about 166 hp.

Whether the convertible is an original Tucker model or not, it is undeniably a unique item. In the view of many, this is an incredible investment; but among true Tucker enthusiasts, there remain a lot of skeptics. 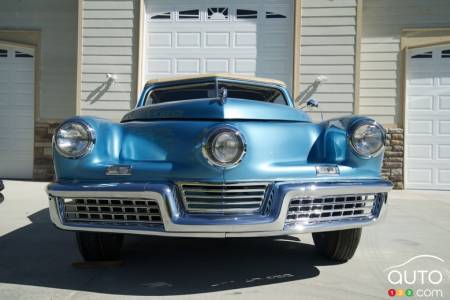 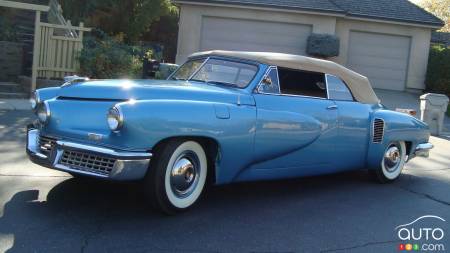 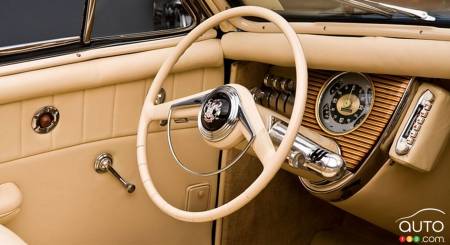 Nissan is putting a one-off ''Bolt Gold'' GT-R up for bid to profit the Usain Bolt Foundation, which was established to support educational and cultural oppo...

Kurt Cobain's ''Melvan'' on eBay, and it Smells Like Teen...

If you missed the first auction cause you were took busy rocking out, fear not: "Melvan" (featuring the artwork of Kurt Cobain) will be back on the eBay auct...

You know, there are very few car companies who could pull off a stunt like this. Really, could you see a Honda Fit with Gene Simon's face paint? Or a Nissan ...