In 1960, a wind of change was blowing across America. In the United States, voters brought to power a certain John F. Kennedy, a president who would make history in more than one sense of the term.

The automotive industry, without realizing it, was about to experience a decade that would deeply redefine it. Already, towards the end of the 1950s, new models were appearing with more-modern styling. Newer cars were also characterized by wider tracks, a lower seat height, better road handling, etc. In short, vehicles were moving to another level.

I wasn't yet part of this world in 1960 - I would appear a few years later. Probably that’s why the decade of the 1960s holds a little bit of a special place inside me. When I was a child, models from that decade were still very common on the road. Maybe I was imprinted with them; in any case, I've always been interested in cars from that vintage. 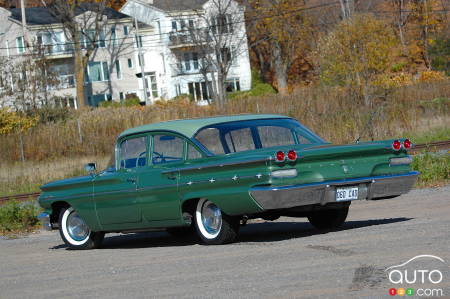 Now we leap forward in time, to 1999. Now in my late thirties, I had a steady job, and I finally had a few bucks in the bank. Then one day I saw a 1960 Pontiac with a for-sale sign on it on the side of the road. To make a short story even shorter, a few days later, it was on its way to my house. I was $2,500 poorer for it.

And so my very first classic car to call my own was a 1960 Pontiac. This kind of car is like a first love; you don't forget it. I'll come back to that a little later, but first, a bit of history about the model.

A Canadian, ey
In 1960, the Pontiac name was used on both sides of the Canada-U.S. border, but in fact except for their appearance the cars were not the same. The Pontiac brand had a completely different image in the United States. There, the banner represented luxury, but more importantly, power. Here, it was characterized by affordability and peace of mind. Canadian Pontiacs were usually sold with little equipment to keep them attractively priced. Power steering, for example, was available only as an option. 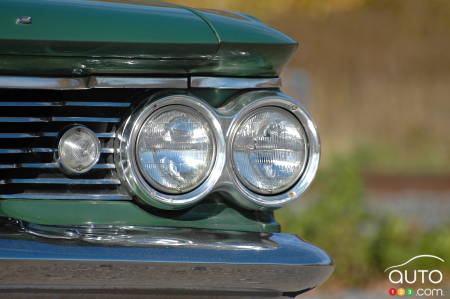 The names of the models, too, were different. This Pontiac you see here didn’t carry the same nameplate as in the land of Uncle Sam, where it was known as the Catalina. Here, it was named Laurentian in reference to the Laurentian Plateau.

Under the hood, the mechanics were also different. American motorists were entitled to much more powerful engines. For example, the V8 powering U.S.-market 1960 Pontiacs was 389 cubic inches (cc), while here, the strongest Pontiacs were powered by the 348-cc V8 of the Chevrolet Impala. There were more V6 powerplants available to Canadian consumers, who generally were more receptive to smaller-displacement engines.

Canadian Pontiacs were in reality Chevrolets that received Pontiac bodywork. Our Laurentian is a case in point. It’s built on a Chevrolet base, which wasn’t as wide as that of U.S. Pontiacs at the time. In fact, look at the space between the fender openings and the wheels; the latter are much further back from the body.

The typical Pontiac chassis on which the American Catalina is based was wider. This approach was known as Wide Track at the time. On the Catalina, the tires rest five inches further out than on the Laurentian, its Canadian version. 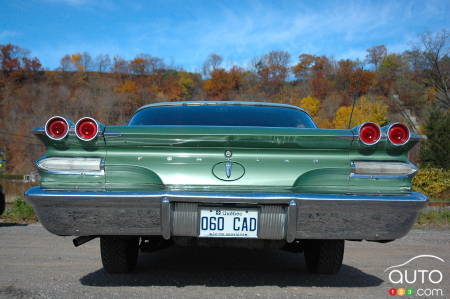 My Parisienne
The specific Pontiac model I bought way back when was named the Parisienne; south of the border it was the Bonneville. It was identical to the one you see here, except that it was dressed in a somewhat faded blue colour.

On the inside, blue was the dominant colour as well. And, like the car shown here, mine was also equipped with an in-line 6-cylinder and a Power Glide automatic transmission.

On the road, my Pontiac Parisienne offered good ride comfort, but its qualities, when compared to what's available today, stopped there. The front seat wasn't the most comfortable, and for at least a year, I searched in vain for seatbelts every time I climbed aboard. It was from a different era... 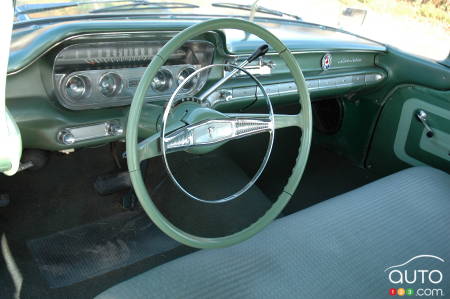 Then, once in motion, I had to deal with steering that had not yet been introduced to the concept of precision. As a result, road grip and handling were rather random, not to mention the fact that on the highway, the wind never had much trouble making the car dance around on the road.

What about the brakes? Drum brakes on all four wheels. This was the first repair I made to the car after it was purchased. Frighteningly, from the master cylinder there was only one conduit for the brake fluid; failure of that pipe would mean disaster.

Nevertheless, every excuse was good to get behind the wheel of this car. It provided little-to-no comfort, and the metal dashboard, which held a tube radio, appeared menacingly ready to smash your skull at the first opportunity. Its menace was matched by that of the steering wheel, which awaited the chance to take your teeth out. And yet... 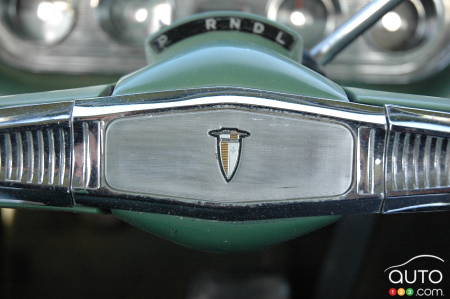 I can't say that I regretted later selling this car, as I did on occasion with others. However, because it was my first one, I have an attachment to this model, which we no longer see on our roads.

In fact, you have to visit antique car shows to see it. And as one does with a first love, I'm always kind of on the lookout for it.

Conclusion
For you, what was your first vehicle or vintage car?

Today we are in the midst of another historic period in the automotive domain, what with the transition to new forms of motorization and energy gathering momentum. What will gasoline-powered cars be like in 10, 20 or 50 years? Will there even be any? Your guesses are as good as ours. 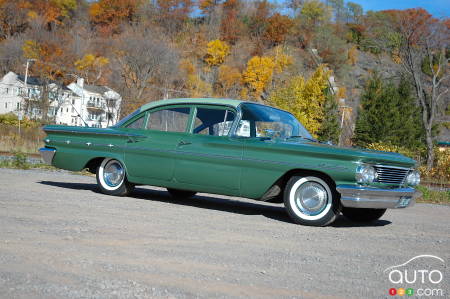 Production: 11,976 units of this particular model in Canada 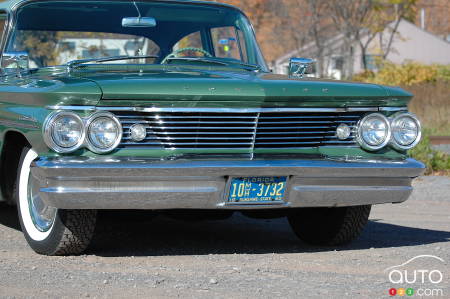 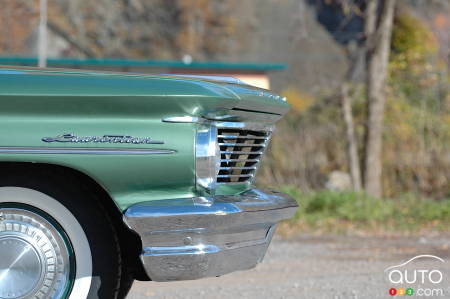 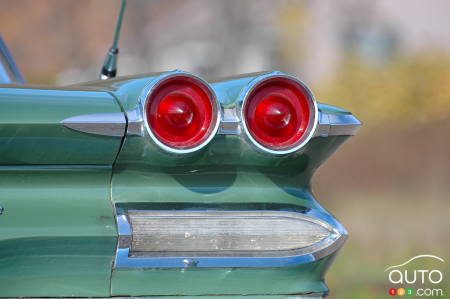 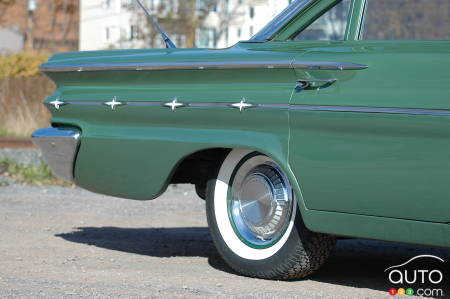 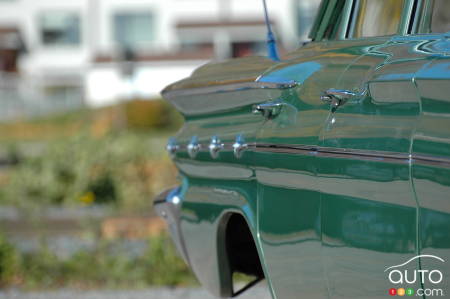 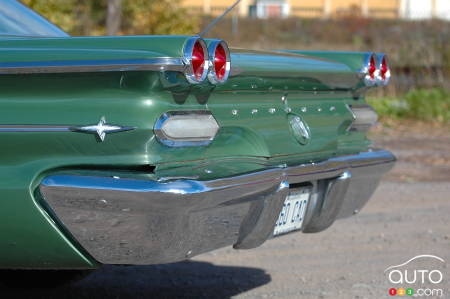 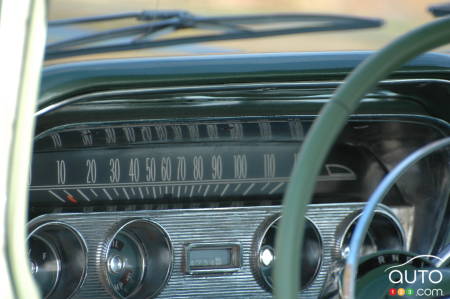 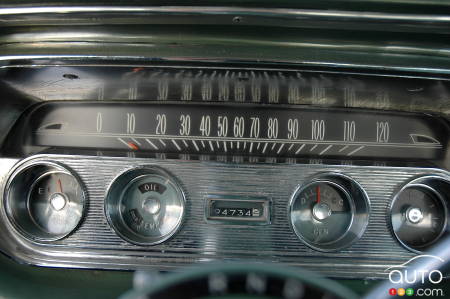 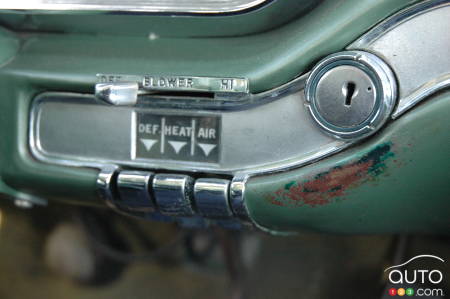 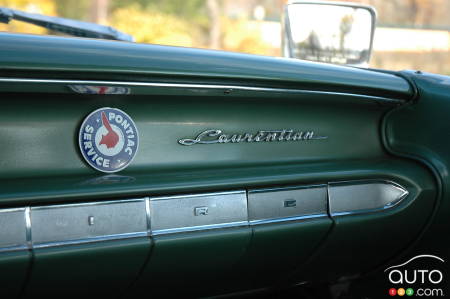 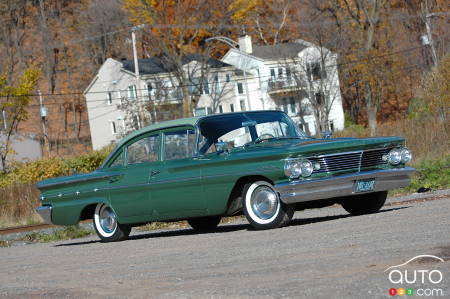 A Super-Rare 1963 Chrysler Turbine Is For Sale

An extremely rare and extremely coveted 1963 Chrysler Turbine is for sale. Only two of the nine known to be in existence are currently in the hands of privat...

1960 Ford Falcon Review: We Drive the Ancestor of the Mus...

A car unjustly neglected in most overviews of the history of the automobile, the 1960 Ford Falcon had the misfortune of plying its trade in the Ford lineup j...

Last Pontiac Fiero Ever Built Sells at Auction for $90,000