Of all the muscle and pony cars that saw the light of day in their ‘60s gold era, the 1968 Ford Mustang GT used in the filming of the film Bullitt is probably the most famous. And next January, it could become the most expensive in history as well. One of the two cars driven during the celebrated chase scene through the streets of San Francisco is going to auction.

If you’re wondering about the other car used in the movie, it was modified with roll bars since it was to be used for the riskiest stunts, and it was destined for the scrap heap after filming ended. As for this copy going up for auction, it changed hands a few times after filming concluded, and disappeared from view for decades until magically reappearing at the Detroit auto show alongside the 2018 Bullitt edition of the Mustang

I had the chance to see the car up close at the Los Angeles Auto Show when it was loaned out by its owner for a tour. That owner in fact is the son of the man who acquired it last back in 1974, Robert Kiernan Jr. Kiernan Jr had even been contacted at one point by Steve McQueen himself, who had starred in the movie and driven the car for many of the stunts. The actor wanted to buy it, but was rebuffed; the ’68 Mustang GT was not for sale.

James Kiernan, his son, said the same thing as recently as last year, but let’s agree the call of a few million dollars profit can be pretty hard to resist. And so the Mecum auction group has been mandated to put the car up for bidding at its Kissimmee event in Florida, taking place from January 2 to 12, 2020. 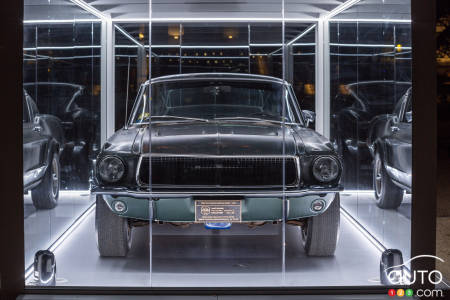 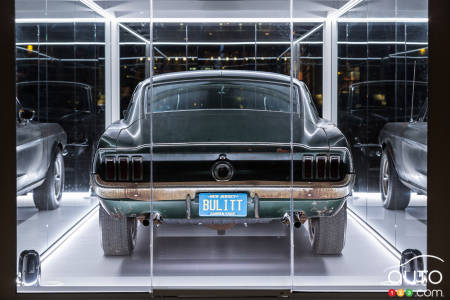 When the originally Mustang GT Bullit first resurfaced two years, the Hagerty firm assessed its value at around $4 million USD.

We can expect the winning bid to be at least that this coming January.

The Ford Mustang used in the making of Bullitt sold last week at auction for $3.4 million USD. Auto123 wonders if that’s madness or smart investing.

When testing the 2020 Ford Mustang GT Convertible recently, we made a point of tabulating the 10 most fun or irritating things about it. It wasn't difficult....