If you follow automotive news at least moderately, you’ll possible aware that last week, at Mecum’s auction in Kissemmee, a unique car was on the block and available to the highest bidder. That car was one of the two 1968 Ford Mustangs used in the making of the film Bullitt. Without doubt, this is one of the most iconic cars in cinematic history.

Can you think of any other models named after the film that made them famous?

The car being auctioned off was partially still in its original state, and it had belonged to the same family since 1974, or 46 years. The last time it changed hands, the agreed-upon price was… $3,500. 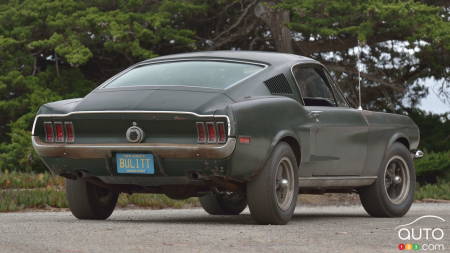 Let’s say it was a sure bet to go for a little more than that this time around. A lot more, actually.

In fact it was obvious that the Mustang “Bullitt” would go for an astronomical price.  Since its appearances just over a year ago at a few auto shows, among other events, it was clear demand for the collector’s item was strong. How strong, though? We found out on Friday.

The winning bid for the car was $3.4 million USD. You may have seen that figure given as $3.7 million ($3.74 million to be precise); that’s because that amount includes the 10% commission included in the price. Either way, that’s a lot of money for… a 1968 Ford Mustang Fastback.

Even one driven by Steve McQueen. 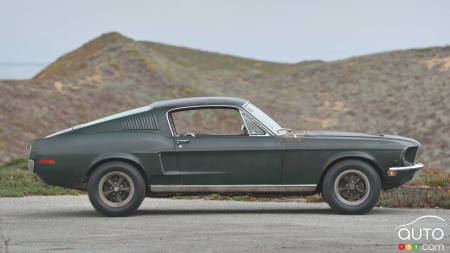 The bidding started with a frenetic rush and soon hit $2.5 million. Things slowed down after that as bidders dropped out, and it took some time longer to advance towards the final selling price. After $3 million, the race was down to two bidders. Inevitably, one flinched, and the other got to fork over a lot of money for the Mustang.

So the question that comes to mind is, is this madness, or a sound investment?

While it’s stating the obvious that this car is not worth what was bid for it, what’s more difficult is measuring the worth of the myth that surrounds it. That worth, as of January 2020, has been set. But what will it be in 2030, or 2050, when the film that made it famous might be less-known by younger generations, and when there won’t be anyone around who actually experience the muscle-car era?

It’s a question worth asking. 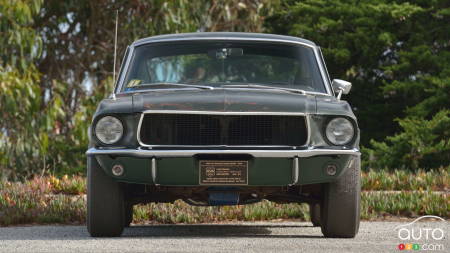 In my view the answer to the question above is, a bit of both. The new owner of this Mustang should make a profit on its when they decide to sell – if that takes place within the next 20 years, say. If they do that, their winning bid on Friday past represents an investment, no question. As for those who buy the car then, that’s a different story.

We don’t have any crystal balls we can peer into, of course. For all we know, the “Bullitt” could sell for $10 million in 2060.

One last point: I do think there has to be at least a little madness involved in buying such an expensive item as an “investment”. That, and a lot of ready cash on hand. 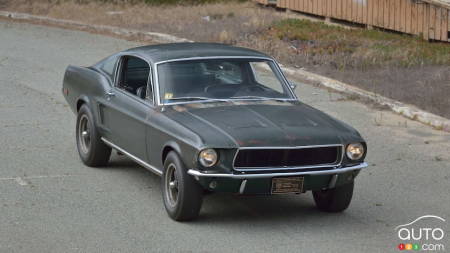 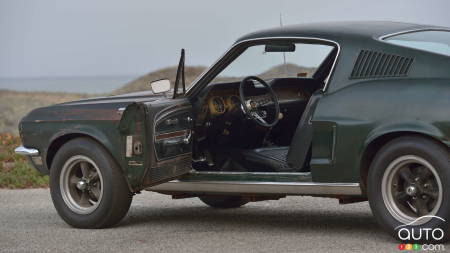