The SL65 Black Series is possibly the most extreme car ever built by Mercedes-Benz. Obviously based on the SL-Class roadster, the Black Series gets a fixed roof instead of the power-folding one on the regular models.


Power comes from a retuned version of the SL65 AMG's twin-turbo, 36-valve, 6.0-litre V12 that develops 661 horsepower and 738 lb-ft of torque, which is connected to a 5-speed automatic transmission with rev matching. The German brand claims a top speed of 318 km/h.

Visually, Black Series SL is instantly recognizable by its bulging front and rear fenders, wider track and redesigned bumpers. Other significant modifications include a revised suspension and redecorated cockpit.

The 10th-anniversary smart is also on display, and will be very exclusive. Only 10 copies will be available in Canada; 1 will be given away in a contest and the rest will be sold through a reservation lottery.

Based on the smart fortwo BRABUS, the 10-anniversary model offers additional design elements and an overall sportier package. 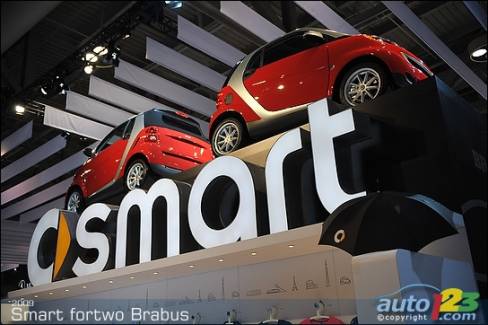 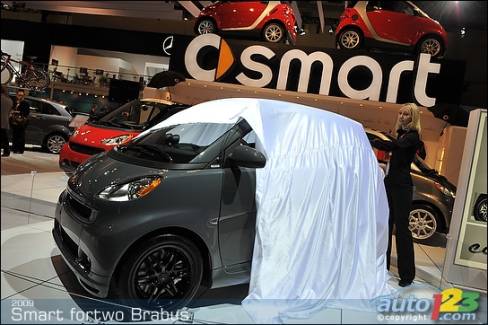 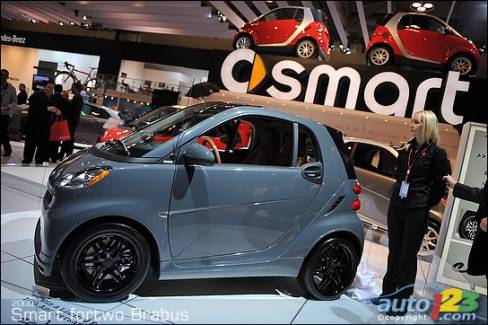 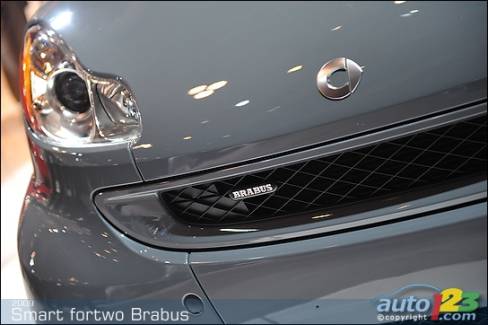 The resurrected Insight is a Prius-fighter with a lower price. Powered by a 1.3-litre engine mated to a battery pack and a CVT transmission, the combined out...

It won't be very green this year at the Audi stand. Sure, the Q7 TDI will be there as well as the compact Q5, but the big news is the Canadian intro of two h...

Mitsubishi i MiEV and 2009 Lancer Sportback presented in ...

Following a successful sales year, Mitsubishi is showing off its i MiEV minicar to the Toronto public. A rear-wheel drive, 4-passenger vehicle, the i MiEV is...