The utility vehicle segments are booming. We have been keeping a close eye on their progress, but while we are fans and love to help you select the best vehicle of the lot with comparison tests, one point is seldom addressed properly: AWD.

One of the main attributes of these vehicles, from small to large, is the fact that the vast majority can be ordered with some form of all-wheel drive system that can and normally would help you out in a sticky or slippery situation.

The AWD name game
Every manufacturer, be it Japanese, American, Korean or German, has its own unique recipe or catchphrase to promote how its technology stands out from the rest.

The question is, then, which one is superior? Subaru’s symmetrical AWD system has long been the certified king of the slippery stuff, but we recently came across a video that seemed to prove quite the opposite. It shows a Mazda CX-3 and its new predictive i-ACTIV AWD making fun of the establishment. The reason why we found this video is quite simple: The CX-3 won our latest sub-compact CUV comparison, and we were researching and surfing the web for stuff as we all do.

Motivation
This reminded us that not all AWD systems are equal and essentially drove us to putting our own little test together. We decided to pit our big little winner, the CX-3, against the 2016 Subaru Crosstrek, as in the video. We also thought that it would be interesting to bring a truck from a brand that is widely recognized and regarded as the maker of some of the best off-road vehicles in the world: Jeep.

So, we headed north from the Auto123.com towers with our long-term Mazda CX-3, a 2016 Subaru Crosstrek, and a 2016 Jeep Cherokee. To make absolutely sure we measured extremes, we got the mac-daddy of Cherokees, a Trailhawk.

Comfy utes
The road portion of the comparison test is not part of this evaluation, but let’s just say all three vehicles have good to very good road manners with compliant or sporty rides and decently quiet cabins. Specifically, the Crosstrek suffered from some wind noise while driving over harsher paved roads, the CX-3 felt a little over-dampened, and the Cherokee made us curse once or twice because of its semi-dreadful 9-speed autobox.

We headed well away from major roads and finally arrived at a sand pit we’d visited a few years prior for our pickup comparison. This now snow-covered area quickly turned into our playground.

The range of players
We conducted the two tests that seem to separate the real AWD systems from the posers. In fact, we based our trials on what we’d previously seen online. Before we go ahead and spill the results, here are a few details about the contenders.

The underdog Mazda CX-3 has nothing to lose by being here. After all, Mazda is not known for offering an exceptional AWD system. Their new i-ACTIV (“i” for intuitive) is an on-demand system that’s predominantly FWD under normal, stable driving conditions.

The trick is that the CX-3’s AWD brain is constantly measuring (200 times per second) the driver’s intentions by how far the wheel is turned, how much pressure is on the brakes or the throttle, etc. Even functioning wipers influence the AWD’s sensitivity. With all the necessary data, the computer will send power to the proper wheels.

The Subaru Crosstrek is the one in a delicate position. Subie’s reputation comes from the fact that they’ve been at the forefront of AWD technology for decades, most recently with the latest generation of their symmetrical full-time AWD. It supplies power to all four wheels at all times, switching from the wheels that slip to the wheels that grip when need be. The Crosstrek gains another advantage when travelling off the beaten path thanks to its 220mm (8.7”) ground clearance.

Now, the Jeep Cherokee Trailhawk, the one that won’t lose to the other two. Or at least shouldn’t, on paper. Guess what its ground clearance is? Yep, 220mm (8.7”), same as the Crosstrek. But don’t let that fool you. The Trailhawk’s got Jeep Active Drive Lock that includes a locking rear differential. It also boasts a serious crawl ratio, skid plates, and Jeep’s Selec-Terrain traction management system that offers five settings including Auto, Snow, Sport, Sand/Mud, and Rock.

In the field
We began our tests with the three vehicles in their normal operating modes. In other words, all electronic nannies were on, and drive modes were in normal or auto. It didn’t take long, however, before I switched everything off.

The first test was the typical heading straight up a slippery incline. We set up a start cone and finish-line cone. Once the go-ahead was given, we simply timed how long it took for the vehicles to go from one to the other.

The first run for each vehicle was done at part throttle with nannies in place. The second time, throttle application was full. Finally, for fun, we also mashed the go-pedal with all manners of driving aids removed as much as possible. The results were surprising overall. The average time for the dash was 5.5 seconds with the worst score belonging to the Crosstrek at 6.1 seconds (traction control off, full throttle), while the best time was performed by the CX-3 (5.2 seconds with the wipers on, ESP off, throttle mashed). The Cherokee Trailhawk was the most consistent with the Selec-Terrain system left in Auto and ESP fiddled with.

The second test mirrored the exercise conducted in the video we mentioned. We positioned the vehicles on a patch of glistening ice, turned the front wheels a few degrees from lock, and placed an obstacle ahead of the rear wheels. The results of this little trial were very conclusive.

As in the video, I gently released the brake pedal, waited a moment then lightly applied pressure on the throttle. For both the Mazda and Jeep, less than half a front wheel rotation was required in order to “activate” the rear wheels and move forward. In the Subaru’s case, nearly two full rotations were necessary. We found this strange and unfortunate as its active torque-split AWD system usually distributes torque 60:40 front and rear. Nevertheless, once engaged the Subie crawled forward with ease.

As you might have expected, we also found some deeper snow in which to play. Here, all three vehicles turned out to be loads of fun. In the Mazda’s case, I simply activated the wipers before attempting my round of hoonage. Both the CX-3 and Crosstrek’s compact outer dimensions make them a tad more tossable. This is especially true with the Mazda, displaying much willingness to abide by my desire to scandiflick.

The tire factor
Tires can play a huge role in how each vehicle performs. For this little comparison, we went with the fresh winter rubbers already installed on the vehicles. The Jeep was rolling on Dunlop Winter Maxx SJ8 tires, while the Crosstrek sported Bridgestone Blizzak WS80 tires and the CX-3, Toyo GSi-5 tires. For all intents and purposes, we were comparing three types of apples and thus they had little influence on our final results.

AWD
What we’ve discovered here, principally, is that Mazda’s i-ACTIV AWD system is very good. We knew that the Crosstrek was going to do well, but it certainly did not teach the CX-3 any lessons. If anything, Subaru might want to glance over its shoulder as some of its competitors are taking AWD very seriously. The company’s available X-Mode might have evened the playing field as it greatly increases the vehicle’s off-road capabilities with the help of clever electronics, sending more power to the wheels that can help one out of trouble. Alas, it is only offered on the Forester and Outback for the moment.

In hindsight, we should have also included a Honda CR-V or Toyota RAV4 to highlight what I suspect would have been a considerable lagging in forward motion from these two otherwise highly competent compact CUVs.

The presence of the Jeep served more as a reminder of how far a small utility vehicle can go off-road without having to spring for a dreadfully uncomfortable Wrangler. In fact, the Cherokee Trailhawk can go so far that it got stuck and required the Crosstrek’s services to get it out… 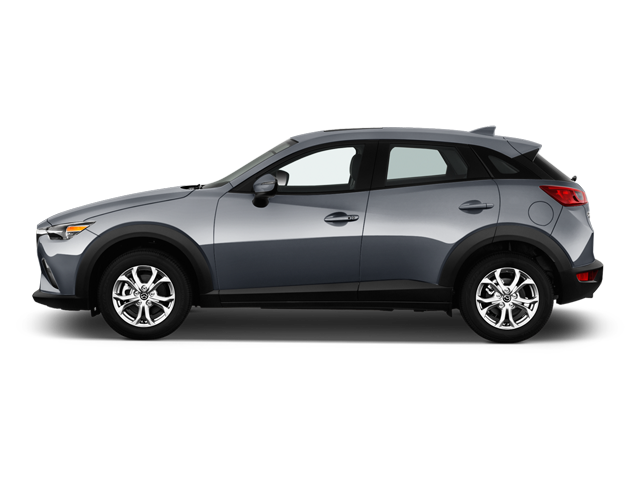 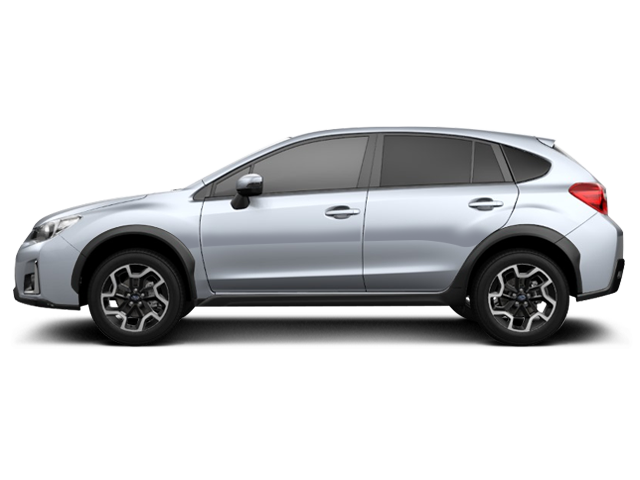 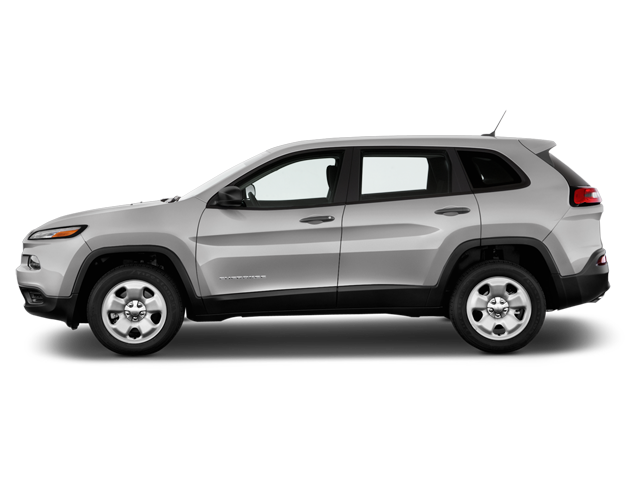 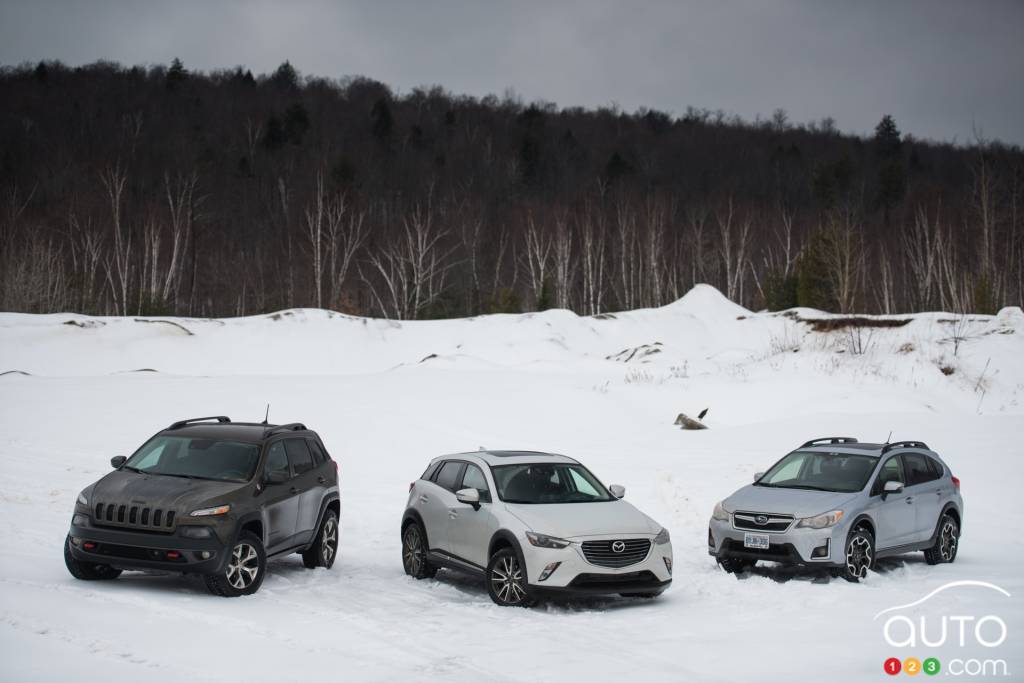 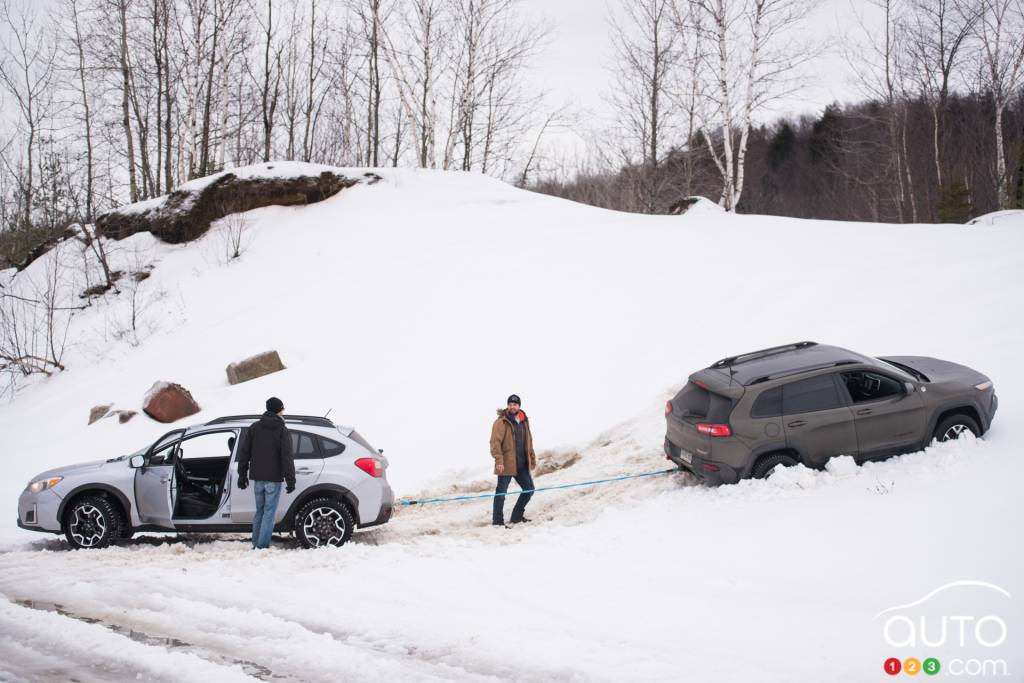 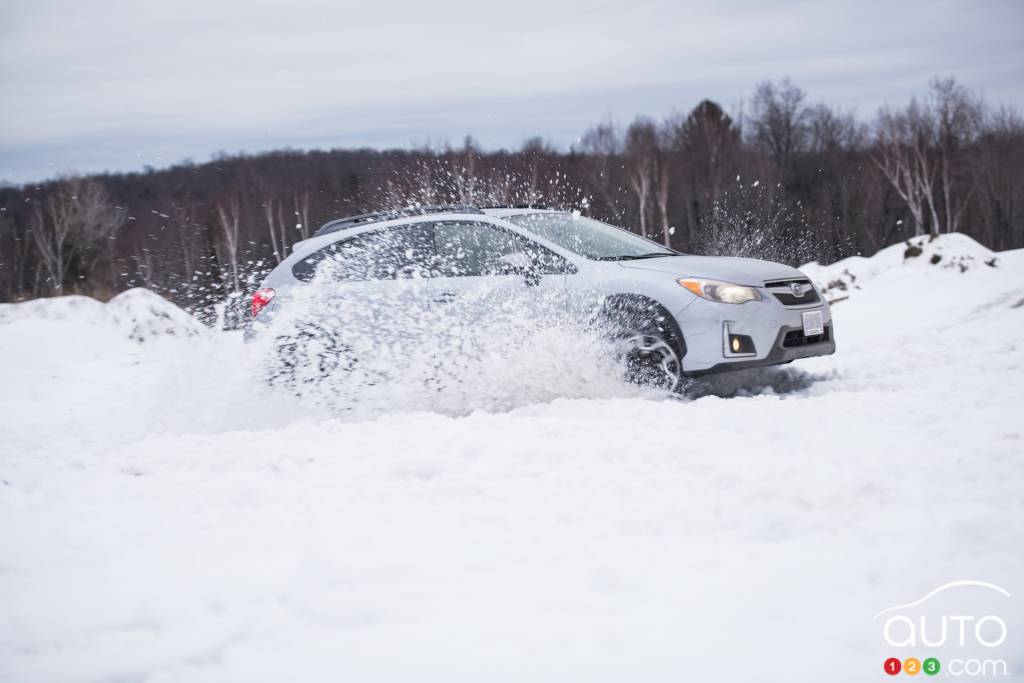 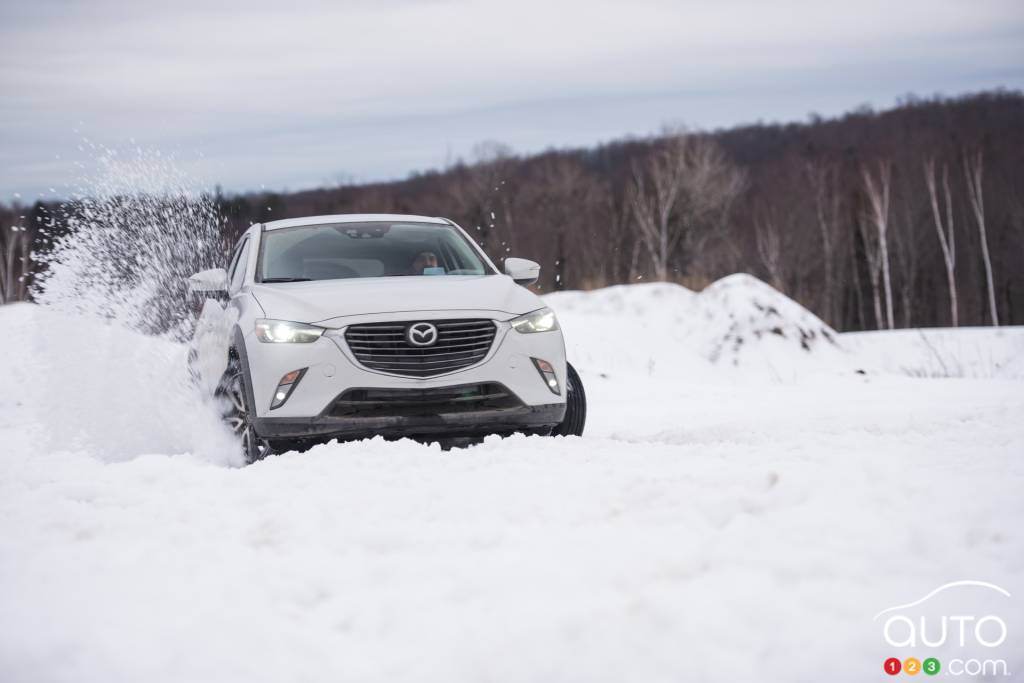 The Honda HR-V and Mazda CX-3, two of the most popular sub-compact SUVs on the market, take part in our latest comparison. Which one's the winner?

This new realignment in the market has compelled some manufacturers to revisit their planning strategies in order to ensure they have their horses in the rac...

After 3,000 kilometres, one thing is clear: The Mazda CX-3 is essentially a Mazda3 with AWD.