The all-new second-generation 2018 Buick Enclave has just been unveiled at the 2017 New York International Auto Show, and it reveals itself to be significantly evolved in comparison with its predecessor. It joins the 2018 Chevrolet Traverse in GM’s offering of full-size crossovers.

Inspired by the automaker’s Avista and Avenir concepts, particularly as concerns its front end that makes use of visually unique Evonik Acrylite headlight technology, the 2018 Enclave now features a slimmer silhouette sitting in a lower stance, at the same time as it offers increased interior space. In fact, according to Buick it offers 14.2 cm more legroom to third-row passengers than the Acura MDX, 11.4 cm more than the Audi Q7, and 7.6 cm more than the INFINITI QX60. The company also says cargo capacity is higher in the Enclave than in those three rivals.

Even with a longer wheelbase than before, the new Enclave has a turning circle that’s 43 cm shorter than previous.

The 2018 Buick Enclave comes with an impressive array of safety features, including several customizable alerts and up to 17 camera, radar and ultrasonic sensors.  Under the hood, buyers will get a 3.6L V6 able to generate 302 hp and 260 lb-ft of torque – enough to pull 2,268 kg (5,000 lb), or roughly the equivalent of a 21-ft sport boat. This impressive power is harnessed by a 9-speed automatic transmission and optional intelligent all-wheel drive with active twin-clutch rear differential.

The 2018 Buick Enclave will be available in three versions, including the top-end Avenir – the Buick equivalent of GM’s Denali – when it arrives at dealerships this coming fall. We expect an announcement regarding pricing between now and then. 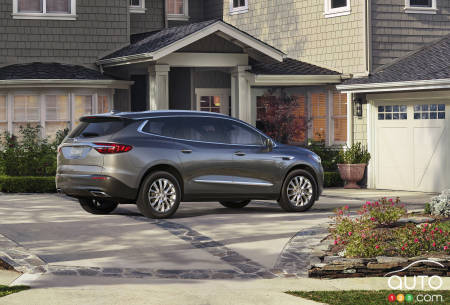 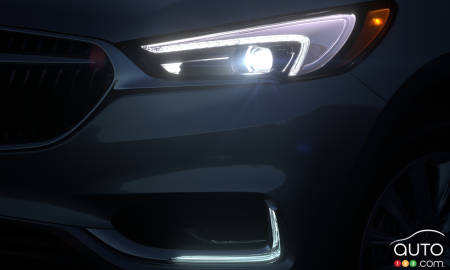 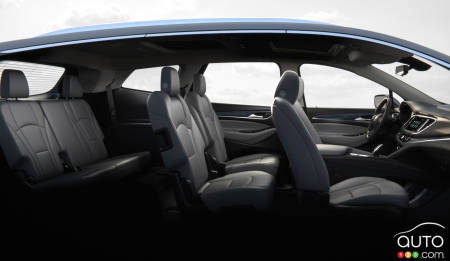 The all-new Lincoln Navigator weds elegance, modernity and quiet power in a head-turning package that is tailor-made to transport families in full comfort an...

North American debuts in New York: The 2018 Subaru Outback has been upgraded in terms of comfort, safety and multimedia functionalities, while the 2018 Cross...