The team at Auto123.com turns its attention to Toronto as the 2018 Canadian International AutoShow gets set to open Thursday of this week with the traditional media day.

After the announcement by the Automobile Journalists Association of Canada (AJAC) of its 2018 awards for the Canadian Car and Canadian Utility Vehicle of the Year, the manufacturers will join the fray with some 40 new vehicle launches, including a few North American debuts.

We’ll be keeping a close eye on the Koenigsegg Agera RS, the fastest production car in the world, in addition to other sports models like the Corvette ZR1 and 911 GT2 RS. Also premiering at the show will be the new RAM 1500, Chevrolet Silverado and next-generation Ford Ranger pickup trucks.

Don’t miss our coverage of the Toronto show to get all the scoop on the new models coming our way in 2018-2019! 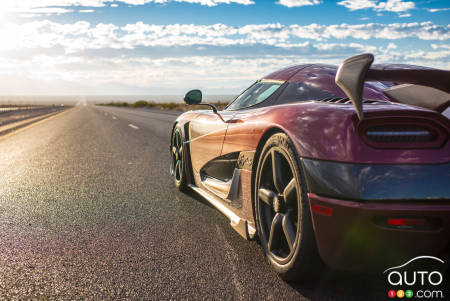 Toronto 2018: The Show in Pictures

If you haven’t had the chance to attend this year’s Canadian International AutoShow in Toronto, here’s a photo gallery for you that explores the many differe...

The all-new Eclipse Cross compact SUV from Mitsubishi makes its Canadian debut at the 2018 Canadian International AutoShow in Toronto, and is a good bet to h...

Talk about putting on a show. A certain German luxury automaker stole the show at the 2018 Canadian International AutoShow in Toronto this week by presenting...

MotoGP: Simoncelli is the pace-setter at Sepang
Article
More from this author