The second generation of the Porsche Macan hasn’t made its official public debut yet, but we’ve learned details regarding the redesigned 2019 edition of the company’s best-selling model. Autocar magazine got its hands on a pre-production version and shared the results of what it learned.

The 2019 Macan gets minor revisions to its front end, including a new fascia and new headlights. Taillights are also new. Inside, two redesigned screens feature on the instrument panel in addition to the 12.3-inch screen for the multimedia system. That system will integrate Apple CarPlay and Android Auto as well as Porsche Connect, the automaker’s own remote access system. 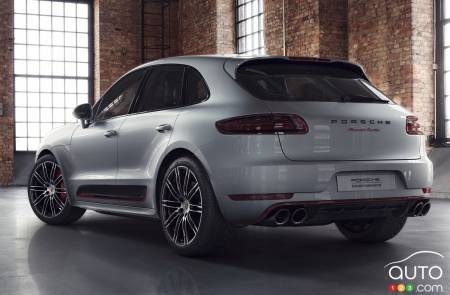 Seeing as how we’re talking about a Porsche, info regarding the mechanics of the vehicle are probably what most interests people. Autocar reports that the base model will get the same 2.0L 4-cylinder as the current edition, but with power boosted from 252 to around 300 hp. The S and Turbo versions, meanwhile, will get all-new engine configurations. The first will run on the 3.0L, 350-hp V6 that powers the Panamera, while the Turbo will use a 430-hp 2.9L 6-cylinder.

A hybrid version is also apparently in the works, but we have no idea yet when that might surface.

In terms of road handling, Autocar mentions not noticing much difference between the old and the new Macan. For the S version, they noted that the boost in power was salutary, while in the case of the Turbo, they found it to be explosive, particularly during accelerations.

A key product for the brand

The Macan has, in a few short years, become the most important figure in the Porsche portfolio. Consider that the model’s sales this past May were roughly equal to those of the Cayman, Boxster, Panamera and 911, put together.

The 2019 Macan is expected to debut in the U.K. this fall and appear shortly thereafter in North America.