As if the Porsche Macan Turbo with Performance Pack wasn’t enough already (just shy of six-figure pricing), Porsche Canada is announcing a new Exclusive Performance Edition designed and finished by hand in the Porsche Exclusive Manufaktur department at the Leipzig production site in Germany.

Exterior signatures include 21” 911 Turbo Design wheels with lateral spokes painted in high-gloss black, LED headlights, and tinted LED taillights. Elements on the front spoiler, rear apron and side blades are painted in Carmine Red, just like the “Macan turbo” badge underneath the Porsche logo on the rear end.

This colour combination is found inside, as well. The black leather interior treatment adds several Alcantara elements, while contrasting Garnet Red defines the front seat bolsters, stitching, seat belts, embroidered “turbo” lettering on the headrests, Sport Chrono stopwatch ring and PDK gear selector. By the way, both the front and rear seats plus the steering wheel are heated.

Under the hood is the same engine that powers the current Porsche Macan Turbo with Performance Pack (which we tested this summer along with the Cayenne), namely a 3.6L twin-turbo V6 producing 440 horsepower and allowing 0-100 km/h acceleration in just 4.4 seconds. The 443 lb-ft of torque, meanwhile, are accessible from 1,500-4,500 rpm for an impressive amount of tractive force, Porsche insists.

Starting at $117,600, the Porsche Macan Turbo Exclusive Performance Edition can be ordered now, although it won’t arrive at Canadian dealers until the first quarter of 2018. 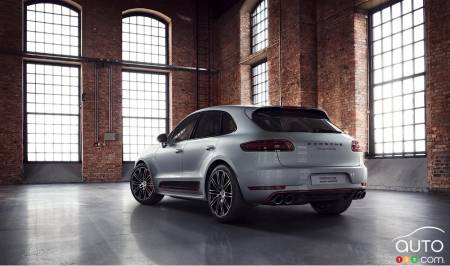 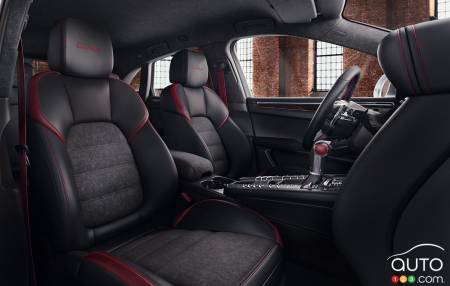 Autocar magazine got hold of a pre-production version of the redesigned 2019 Porsche Macan, and came away impressed particularly by the Turbo variant, which ...