Toyota has teased the first images and a few details of the latest model to join its lineup, the 2019 Corolla Hatchback, which will replace the Corolla iM. The new model will make its official debut later this week at the New York and Vancouver International Auto Shows.

The news of a hatchback is not in itself surprising. In fact, the question was always more about why Toyota chose to produce a compact hatchback under the Scion banner in late 2015, instead of just creating one for the Toyota roster to replace the strong-selling Matrix. In any event, since then the Scion brand has been cast aside and the iM has moved over to Toyota. Now, sluggish sales for the model have led the company to redesign it and retag it as the Corolla Hatchback.

The new hatch, which we’d say is a good bet to outsell its predecessor, gets more dynamic styling that ties neatly in with what Toyota has recently done with its new Camry and Avalon models. The hood is more muscular, the front grille larger, the headlights more imposing. Overall, the new Corolla Hatchback has been given a good dose of added character.

And lo and behold, in a bit of a departure for Toyota, the Apple CarPlay app is standard equipment here. The automaker has also indicated that it is considering expanding this technology to other models in the lineup. As for Android Auto compatibility, nothing yet.

Also included standard are Bluetooth connectivity, voice recognition and wireless connectivity. In terms of safety, buyers will find an equally impressive list of included features thanks to the first inclusion in a North American vehicle of the Toyota Safety Sense 2 system. This includes Full-Speed Range Dynamic Radar Cruise Control, Lane Departure Alert with Steering Assist and Pre-Collision System with Pedestrian Detection. According to Toyota, this last system works in darkness and will apply the brakes when it senses that impact cannot be avoided.

Toyota has revealed little about what lies under the hood of the Corolla Hatchback, although we do know the engine will be of a 2.0L 4-cylinder variety. Buyers can choose between a 6-speed manual and a CVT transmission. The latter will benefit from a new technology that helps reduce fuel consumption and the elastic effect sometimes felt when accelerating from a stop.

Pricing for the three versions (S, SE and XSE) should be announced shortly before the model goes to market this summer. 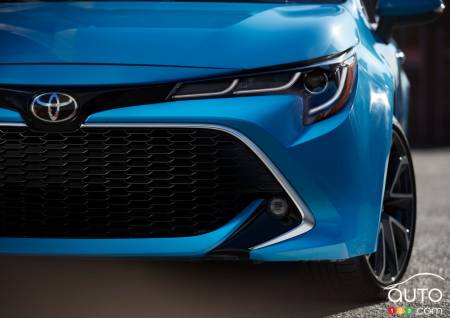 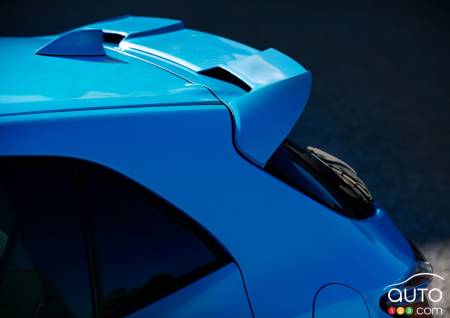 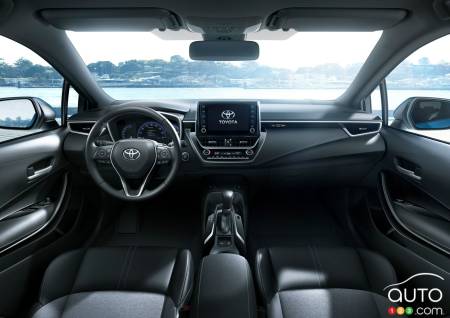 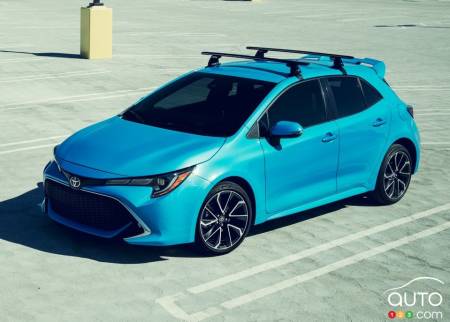 The 2019 Toyota Corolla Hatchback is an interesting proposition, there’s no doubt about that. But looking at its rivals it’s clear it’s arriving just a littl...