Auto123.com will be crowning winners of the 2019 Auto123.com Awards for best vehicles of the year on November 21 in Toronto. We’ve already unveiled the three finalists in each of the 19 categories; today we look in more detail at the Entry-Level Luxury Car of the Year finalists.

Audi’s A3 is for the moment still the entry-level model for the German automaker, and of our three finalists, it is the only one to be made in convertible format. That’s one hat in its feather. Another is the powertrains that come with it. There are the e-tron and RS3 versions at each extremity, but at the heart of the product range the A3 and S3 come with a 2.0L 4-cylinder turbo engine that, depending on the version, can be adjusted differently. This makes it almost like having an entirely different model. There’s also the Quattro all-wheel-drive system, recognized as a reference in the industry.

What hurts the model is the weight of the years it carries - the current version has been with us since 2014. That said, this Audi, particularly in its S3 configuration, still delivers an amazingly appealing driving experience. 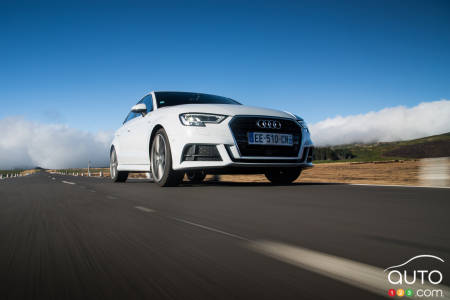 BMW’s 3 Series has been seriously dolled and beefed up over the years, to the point where the more-compact 2 Series has in affect taken the place of the old 3 Series in the carmaker’s lineup. When exactly that happened isn’t clearly defined, and doesn’t really matter either. What does matter is that the current 2 Series represents the very essence of a BMW product, particularly in terms of the driving dynamics it delivers.

Which is to say that the car, whether you go for the base model or the spicier M2, delivers adrenaline by the shovelful.

Like most of the automaker’s creations, however, its reliability track record is spotty. What’s more, the price tag attached to it is pretty harsh, though purists will say that if you want quality you have to pay for it. Regardless, the product is well-equipped, and when it comes to the powertrain that drives it, BMW is the equal of any of its rivals - including arch-enemy Audi. 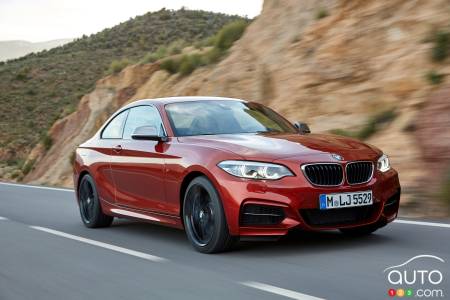 Our third finalist in the entry-level luxury car category is the Acura ILX. While the Japanese model doesn’t usually come up in the same conversations as the A3 and the 2 Series, the Acura ILX is on the same playing field as those German heavyweights.

But does it have any chance at all of besting those cars? Absolutely. Fact is the ILX has arrived at maturity as a model and represents a very solid choice in the category it competes in. Long gone are the days when it was seen as little more than a vulgar clone of the Honda Civic. It’s built to appeal to buyers who want a modicum of luxury and an element of prestige. In its A-Spec edition, it also performs marvellously on the road. The ILX is a significant player in its segment, without a doubt. 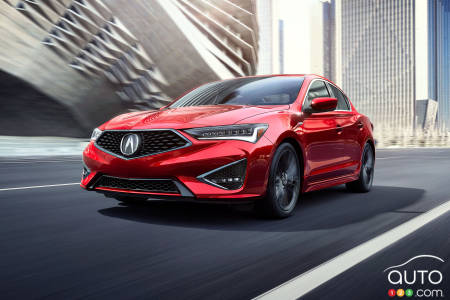 On November 21 we will be naming the winners of the 2019 Auto123.com Awards for best vehicles of the year. Here are the finalists for Luxury Compact Car of t...