Auto123.com will be crowning winners of the 2019 Auto123.com Awards for best vehicles of the year on November 21 in Toronto. We’ve already unveiled the three finalists in each of the 19 categories; today we look in more detail at the Luxury Subcompact SUV of the Year finalists.

The first-generation BMW X1, introduced at the start of the decade, was not as big a success for the automaker as the X3, for example. In revising the model in 2016, BMW corrected some of the weaker elements to do with the design and styling, and the vehicle became a more interesting product in the view of most.

Last year saw the introduction of the BMW X2, which filled out the lineup and also boosted the level of dynamism at the bottom end. Sales of the X1, meanwhile, have been increasing steadily, a trend that BMW hopes to keep going with both the versions.

Like BMWs are wont to do, the X1/X2 combo offers drivers a great driving experience, and represents a solid entry-level choice for consumers moving to a premium brand.

Every model that Volvo has revised and revamped in the past few years has gotten rave reviews from the automotive press. The models the company produces are attractive, but they’re also well-built and deliver a positive, responsive driving experience – something which recent Volvos hadn’t always done.

The XC40 fits right in with other new-generation Volvos. It’s great to look at, especially in its two-tone garb, and it’s fun to drive.

Inside, the XC40 gets a very modern environment, perhaps even too modern for some. The multimedia system is omnipresent and swallows up commands we’d just as soon have good old buttons and knobs for. Also, as with BMW, there’s the issue of long-term reliability, which has hounded the brand for years. Worth exploring as an option, but with a touch of caution. 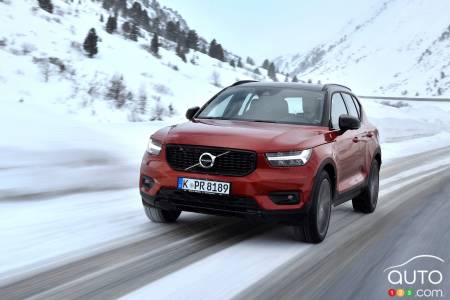 Time was that the words Jaguar and SUVs were never really spoken in the same sentence, but now utility models are multiplying like rabbits in the British automaker’s lineup. In addition to the pioneering F-PACE, this year we get the smaller E-PACE as well as the I-PACE, the electric mobility solution of the future for Jaguar SUVs. As for the E-PACE, the company has once again shown its genius for car design.

Buyers can choose from different powertrains, all using the same 2.0L 4-cylinder engine, but with increasing output (197, 246 and 296 hp). At the wheel the experience is absolutely a positive one, but the car’s agility is limited by its weight. It also, like the other two finalists, suffers from reliability issues that may make potential buyers think twice. 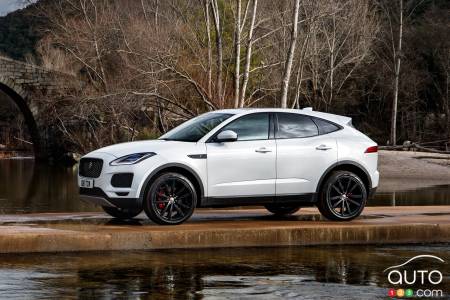 On November 21 we will be naming the winners of the 2019 Auto123.com Awards for best vehicles of the year. Here are the finalists for Full-Size SUV of the Ye...