First unveiled as a concept at the Frankfurt auto show in 2017, the BMW X7 will have made a rapid transition to production model. The biggest vehicle yet produced by the German automaker has been officially presented, a few weeks ahead of its public reveal at the Los Angeles Auto Show.

The looks
Esthetically, anyone familiar with the brand’s usual visual cues won’t have any trouble recognizing the X7, big as it may be.  There is one significant difference in front compared with the model’s siblings in the lineup, however: the new SUV’s grille has massive nostrils. In fact this constitutes the biggest double-kidney grille ever designed for a BMW.

Alpha male
In back, the styling of the lights brings to mind those of the 7 Series sedan – logical, given that the X7 takes up position at the head of the portfolio’s SUV chapter.

In profile, you see a more distinct vehicle, for starters because the X7 is over 200 inches (508 cm) long. No surprise, it can welcome seven passengers over its three rows of seats. A 6-seat configuration will be available for buyers who prefer captain’s seats in the second row. BMW pinky swears that medium-sized adults will be able to sit comfortable in the third-row seats. 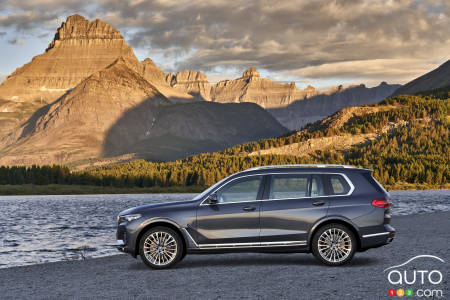 Cargo space is, just as unsurprisingly, massive. With the second-row seats folded down, 2,549 litres of space are available, and even with them up, users can fit 1,376 litres of stuff in the back.

The technologies
In this respect, the X7 is comprehensively cutting-edge. A digital screen takes the place of traditional analog dials, and a system can pilot the vehicle for the human driver in heavy traffic at speeds of up to 60 km/h. This is not a fully autonomous-driving technology, however, and cameras will monitor the driver to ensure they are alert and paying attention at all times. 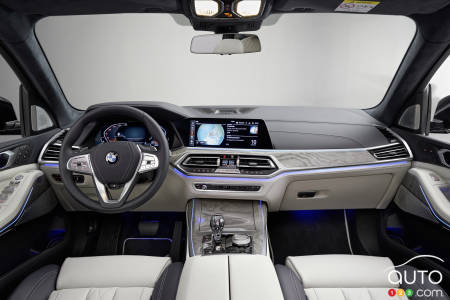 The versions
Two separate models will be offered on launch: the xDrive40i and the xDrive50i. Th former gets a 3.0L 6-cylinder turbo engine (335 hp and 330 lb-ft of torque), while the latter runs on a 4.4L twin-turbo V8, good for 456 hp and 479 lb-ft of torque. Both engines will work conjointly with an 8-speed automatic transmission.

The pricing
The X7 is expected to arrive at dealerships in March 2019. We’ll have to wait for confirmation regarding Canadian pricing for the two editions, but we do know that in the U.S. starting prices will be $73,900 USD for the xDrive40i and $92,600 USD for the xDrive50i. 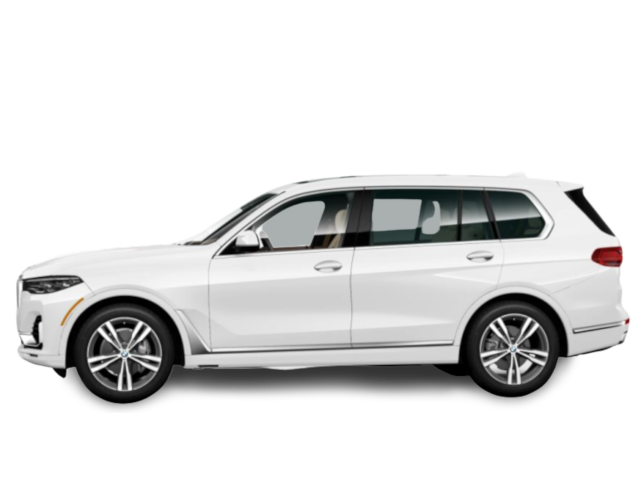 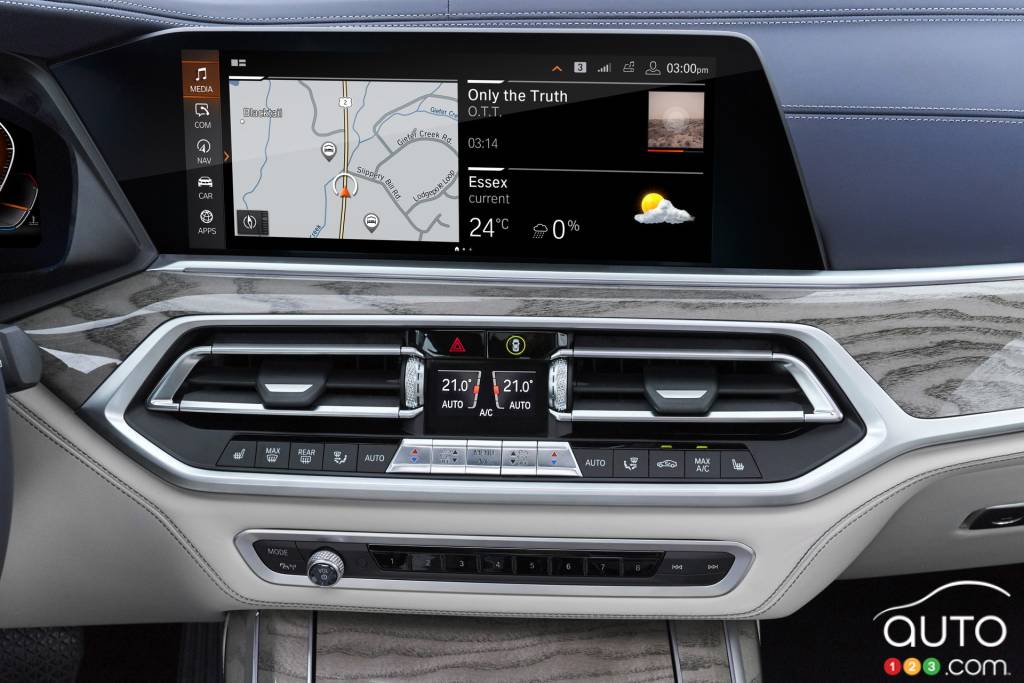 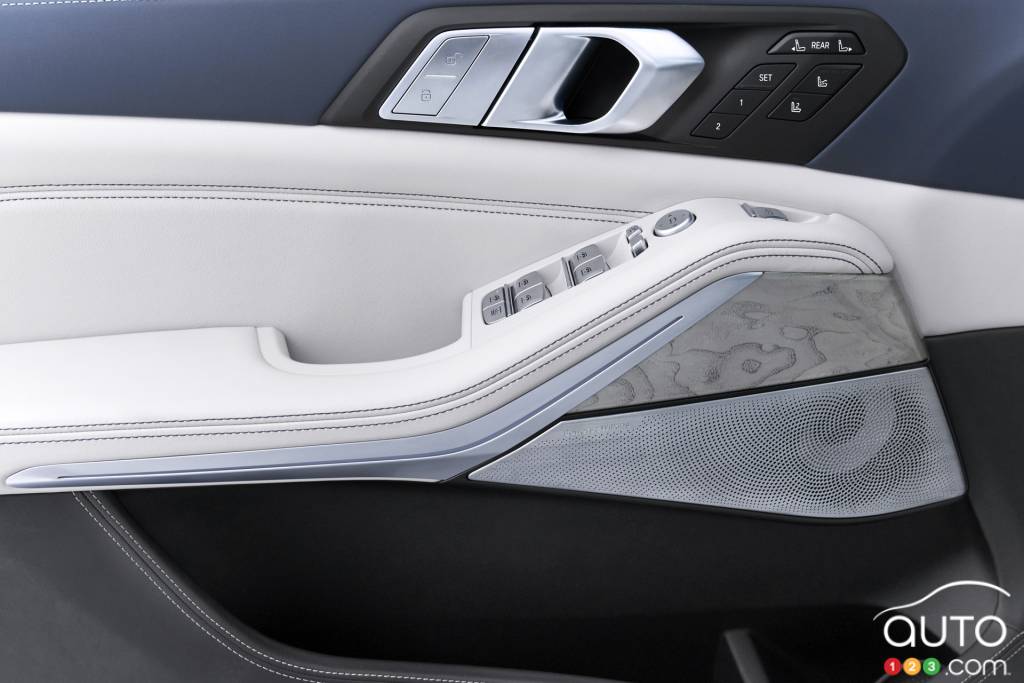 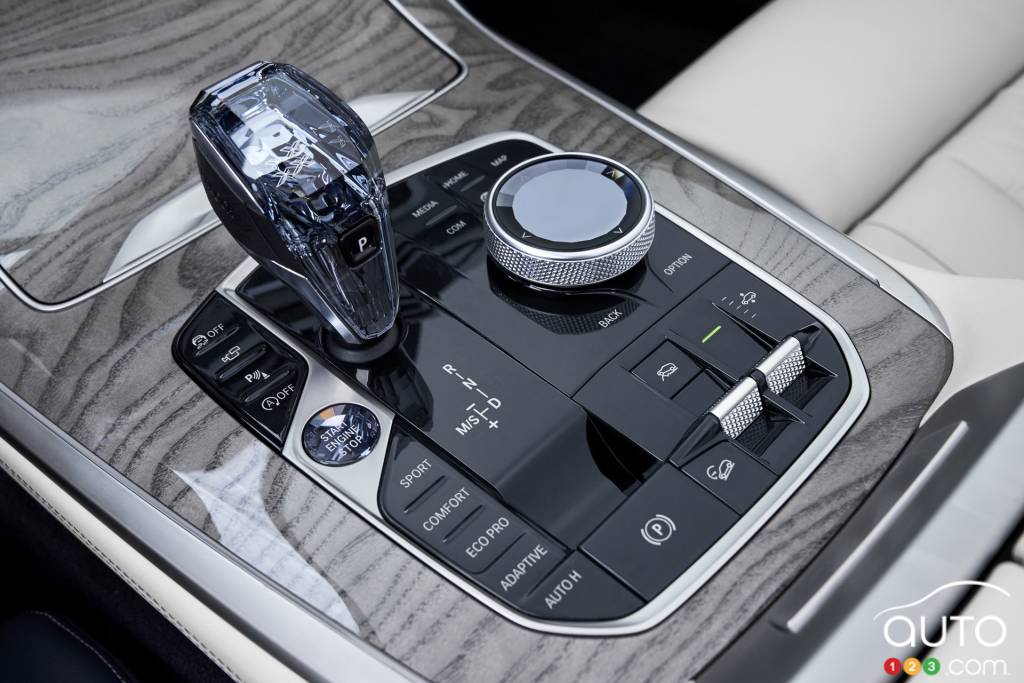 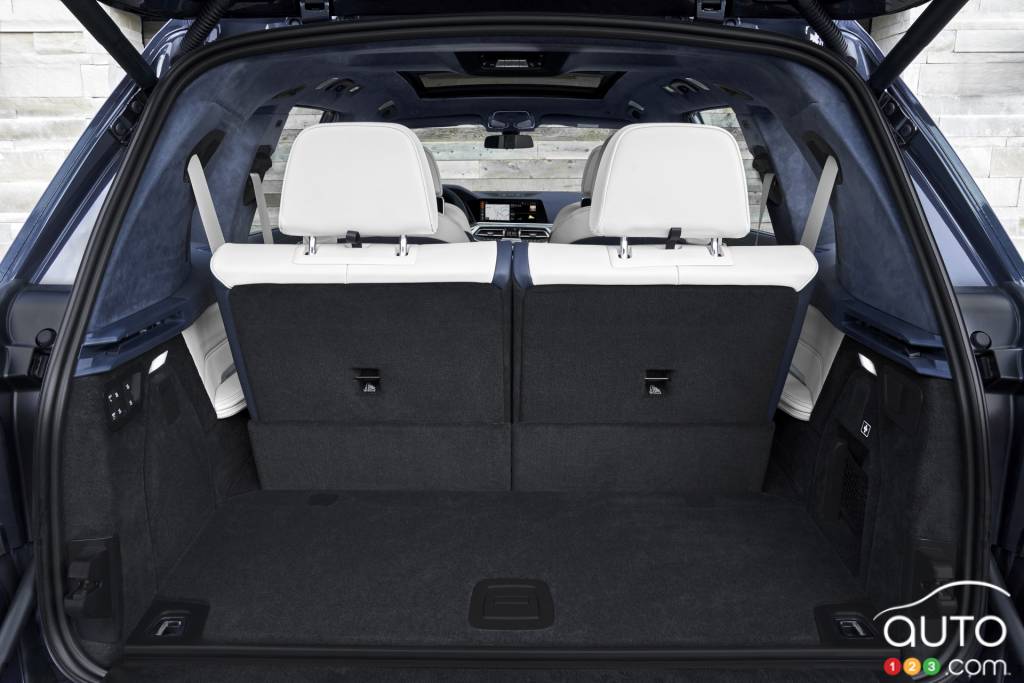 Photos:BMW
Photos of the 2019 BMW X7
See the complete Gallery