In the wake of leaks and spy shots floating around the Web, Cadillac has officially unveiled the refreshed 2020 edition of its XT5 SUV. While the version presented is destined for the Chinese market, it’s expected the version that will alight on the North American market will be the same on all major points.

There might be one significant exception to that, however, and it involves the 2.0L 4-cylinder turbo engine Chinese consumers will have access to, wedded to a 9-speed automatic transmission. The unit bears the Tripower name due to the three operational modes it offers. This includes a 2-cylinder configuration for improved fuel economy. In all, this unit delivers 237 hp and 258 lb-ft of torque.

For the moment, there’s no indication whether this engine will be part of the product offering in North America, joining the 3.6L V6 that we know will be. The SUV can be configured with front-wheel drive or all-wheels power, but that too might vary depending on the market. 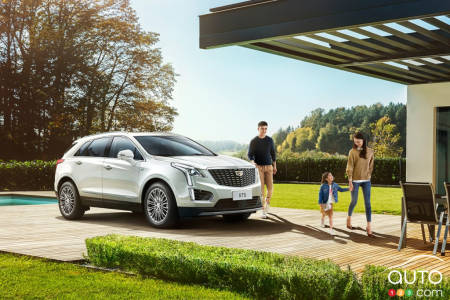 The exterior
Visually, the front grille has been redesigned to bring it into line with other Cadillac-branded SUVs, notably the XT4 and XT6 models. The rear spoiler and side-view mirrors have also been tweaked to improve aerodynamics. These changes aren’t so drastic that they change the basic look of the XT5, still easily recognizable compared to the outgoing model.

The interior
The approach is much the same inside. One way the new XT5 is being made to fit in the company’s new design signature is the Electronic Precision Shift gear selector, nearly identical to the one found in the CT4 and CT5. There’s also a new knob to manoeuvre through the upgraded CUE (Cadillac User Experience) multimedia system. The model also gets the second-generation rear-view mirror camera view function, which can, to the driver’s choosing, display a camera image of what’s behind the vehicle.

The 2020 XT5 is set to make its North American media debut next month. We’ll know more then if there any significant differences with the variants to be offered on the Canadian market. 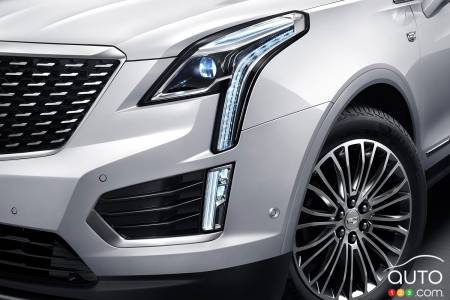 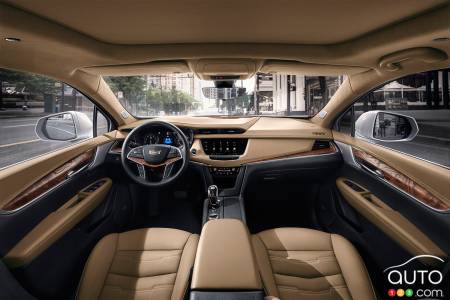 2020 Cadillac XT5 Review: Keeping up with the Teutons

The 2020 Cadillac XT5 gets a substantial refresh as it hits mid-cycle and aims to outdo, if not the German bigwigs of the category, at least the other compet...