While Cadillac has in recent years done a good job buttressing its compact SUV entry with some company, in the form of first the smaller XT4 and then the larger XT6, the XT5 remains the firm’s top-selling utility model. It is still the model on which the success of the premium brand largely depends, at least until the promised EVs start to come down the pike.

Though it’s been relieved of the burden of drawing entry-level luxury buyers into the fold – that job now falls to the XT4 – the 5 competes in a ferociously fought-over segment, populated by not just Japanese and German luxury models but also premium range-topping variants of mass-market models, like the RAV4 and, especially, the Signature edition of the CX-5. For consumers ready to compromise on status, that model fully-loaded comes pretty close to offering a comparable experience to that of a basic XT5.

There’s some apples-and-oranges comparisons going on there, of course, beyond just the extra cache you get from the Cadillac badge. But the overall point is that the XT5 faces pressure not just from left and right, in the form of German and Japanese stalwarts, but also from below. 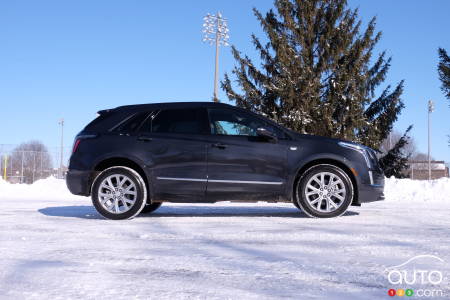 What’s new
So what has Cadillac done for its compact SUV for 2020? Given it a mid-cycle refresh, is what. And it starts with a simplification of the product offering, in part to bring the model into line with the rest of the brand lineup.  There are now just three trims on offer: Luxury, Premium Luxury and Sport. Both the comfort-focused Luxury and the livelier Sport can be had with a Platinum package for those who want to have their cake and eat it too.

Eagled-eyed shoppers will also notice new grille designs for each variant of the 2020 XT5, as well as slightly modified front and rear fascia, and 20-inch wheels for it to ride on. Luxury models get added chrome elements, while the Sport version (the model I drove) gets a retuned chassis and quicker steering ratio to ensure a nimbler feel on the road. 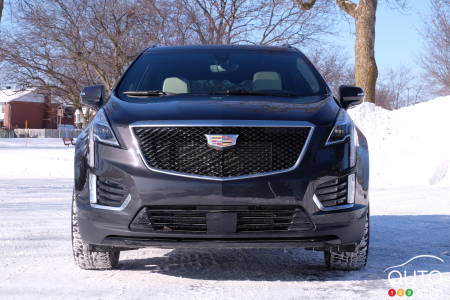 The powertrain
Also new is a 2.0L 4-cylinder turbo engine included in the base model, imported from the XT4; it delivers 237 hp and 258 lb-ft of torque. The Sport, not surprisingly, retains last year’s 2.6L V6 (naturally aspirated), which makes 310 hp. Buyers can add that unit to the Premium Luxury if they wish. Both engines work with a 9-speed automatic transmission.

Beyond that, the majority of the changes for the 2020 refresh involve tech upgrades, many of them inherited from the XT4 and XT6. Front and centre is the console in the cabin, now with a revised interface for the infotainment system. Its screen (now of higher resolution) can be accessed via voice command (still a hazardous endeavour, mind you), touch or a rotary knob. The last is a pleasure to have and was my default choice for navigating the various commands and menus.

With improved ergonomics comes a mildly upgraded cabin, though it doesn’t depart radically from what was on offer before. Navigation remains an optional add-on, but it does bring with it a premium 14-speaker Bose audio system. The rearview mirror can be switched to camera mode for a high-res, wide-angle view of what’s behind the vehicle, though that remains a love-it-or-hate-it proposition for many motorists. 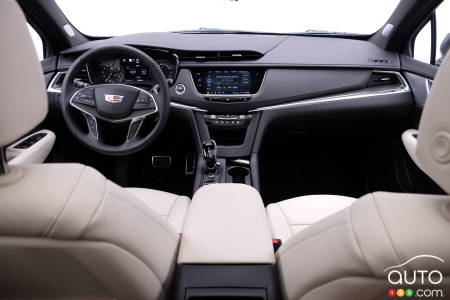 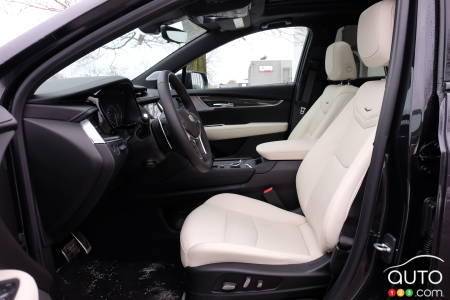 Space-wise, the XT5 continues to offer one of the better environments in the segment, with ample legroom and headroom in both rows, and 852 litres of cargo space in back (which grows to an impressive 1,784 litres with the rear seats down – that’s a lot of golf bags you can fit in there, yessiree).

The drive
But those qualities are kind of to be expected from a Cadillac-badged vehicle. If a Caddy can’t excel in terms of comfort, amenities, overall premium-ness and golf-bag-lugging capabilities, what would be the point of its existence?

A more relevant exercise to determine where the SUV stands in relation to others in what is one of the most hotly contested segments in the business, is to get in the thing and see how it performs and provides, on both short and longer trips. 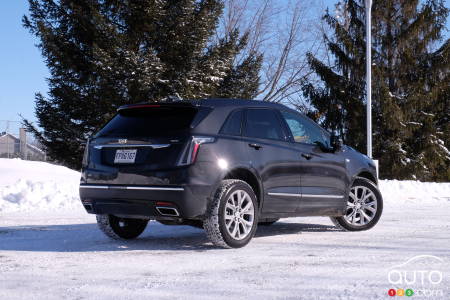 First, there’s no question the XT5 offers a comfortable, gentle ride, starting with a suspension system that’s calibrated just this side of the comfort-sport divide (and that was in the Sport mode). Steering is light but not lost-in-space light; you do feel some connection with the road, you’re just not on a first-name basis with it.

Power is plentiful, particularly from the Sport version’s V6, but it’s not delivered in such a swoop that your pulse will flutter upwards. This is no drag-racer. But merging onto highways and passing is a cinch thanks to those 310 horses, and cruising at speed is a supremely pleasant experience, where the model is as its best.

Again, that is not stunning news, and I paid more attention to how well it handles in city traffic. And it does just fine there too, with a fairly short turning radius and a nice compact feel. Where the XT6 never lets you forget you’re driving a tank, this SUV is much more reasonable in delivering, if not a dynamic driving experience, certainly a pleasant one – and in no way a soul-sapping one like you sometimes get in the utility categories. 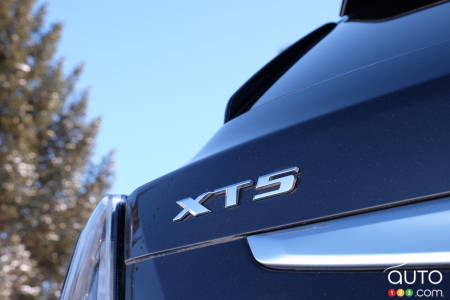 All of that’s fine and good, but the question that needs to be asked is whether the XT5 is enough improved as a product to peel away motorists who have been getting their vehicular sustenance from German suppliers. Going down an itemized list that includes criteria like comfort, refinement, tech, user experience, ergonomics, quality of construction and roominess, you might give the nod as often to the Caddy as to its rivals from BMW, Audi and Mercedes-Benz.

But then you factor in performance, driving dynamics and the fierce loyalty of those who prefer “European” to “American”, and it’s unclear if the XT5 has enough going for it to pry those buyers away.

More realistically, you could say it has everything needed to win the argument versus what’s on tap from Infiniti, Lincoln, Volvo, et al. Best of the rest?

Fuel consumption
I’ve learned to be wary of paying too much heed to my consumption totals racked up in a week of driving, mainly because the sample size is so small that one or two particular factors can totally skew the totals. So though my week in the XT5 resulted in a miserable 15.0L/100 km, the reality is that was in wintertime, almost exclusively in an urban environment. 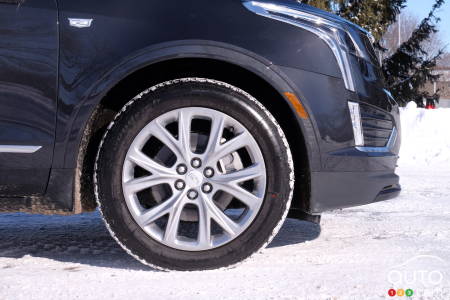 Comfort and roominess
Cargo space galore for a compact SUV
Improved infotainment system interface, graphics
Plenty of raw power
AWD can be turned off when not needed

Even the Sport is not particularly sporty
Middling fuel economy 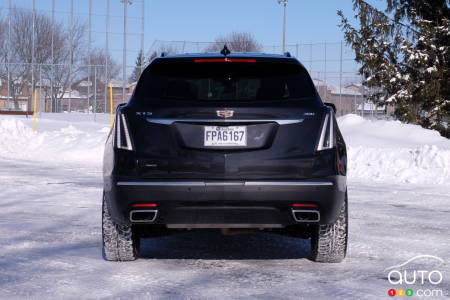 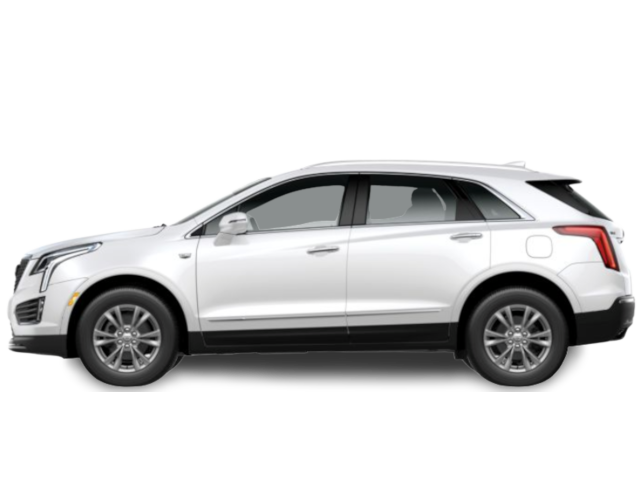 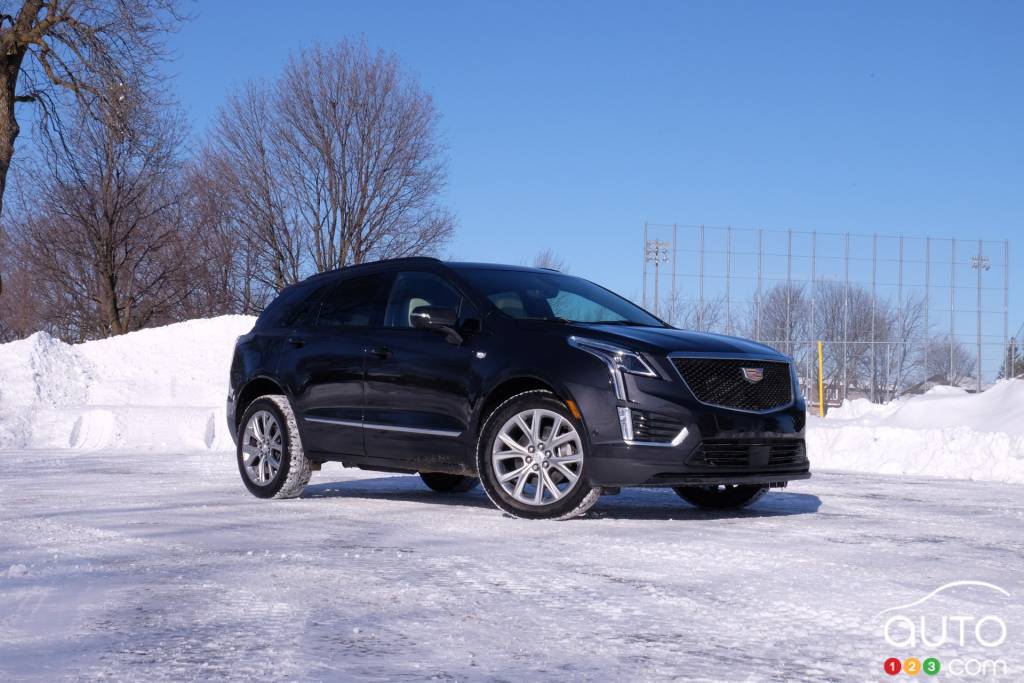 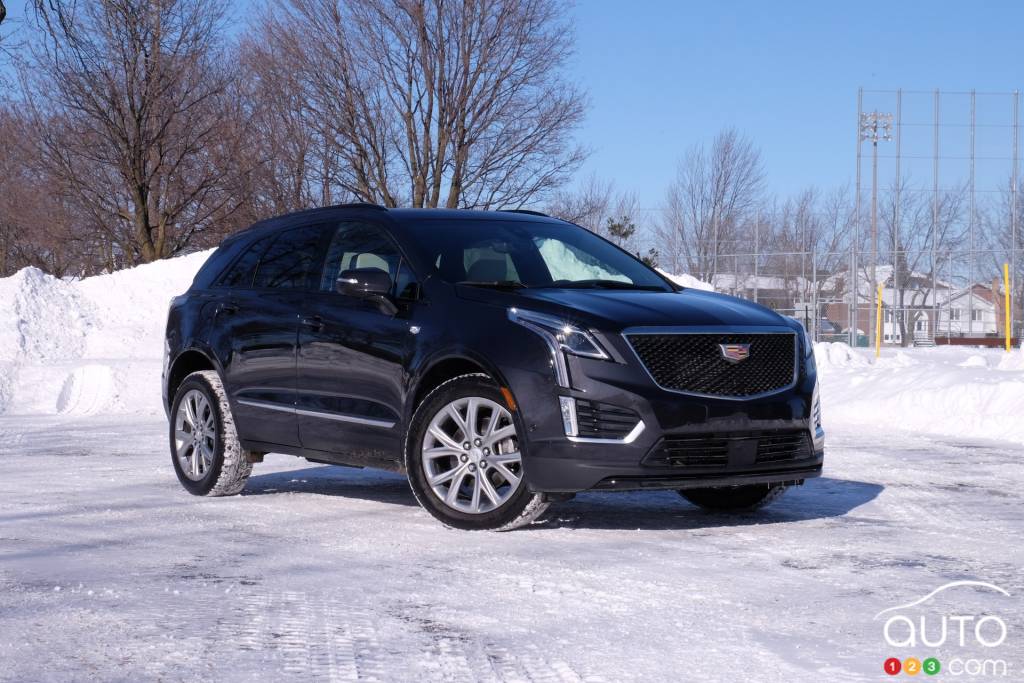 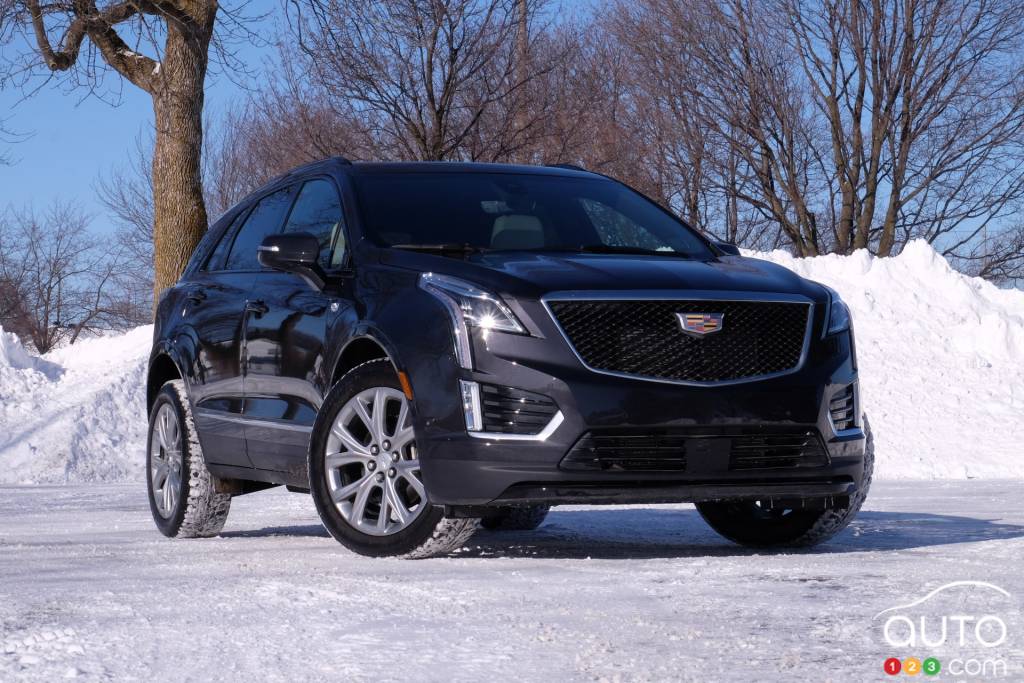 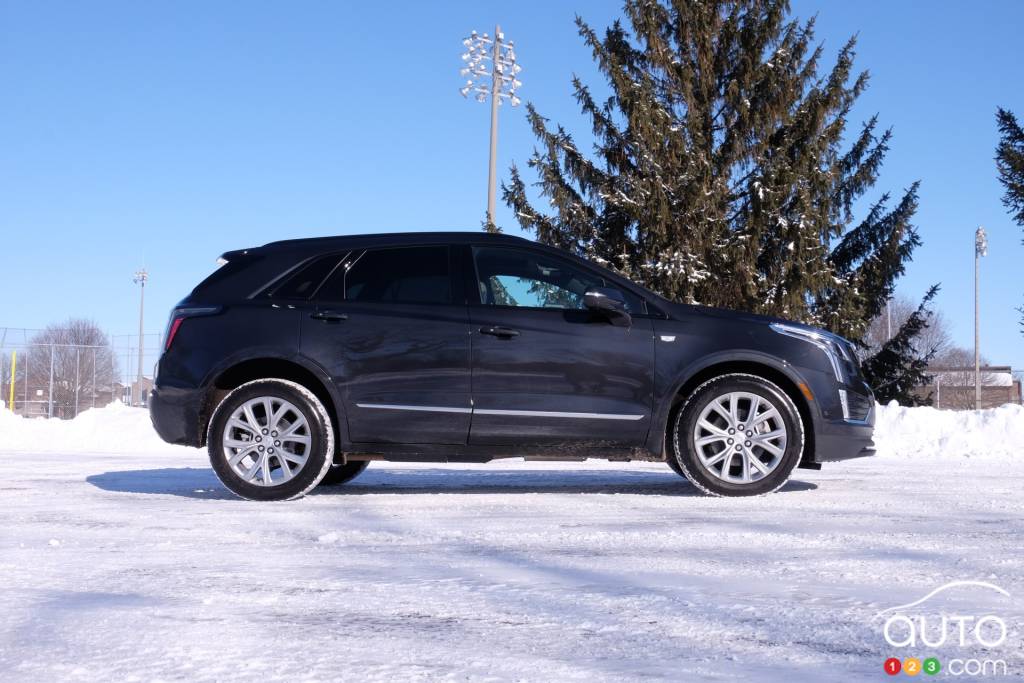 Articles By
Derek Boshouwers
Canada One of the Easiest Countries in Which ...
Article
Refreshed 2022 Ford Expedition Packs More Tec...
Article
Cadillac Taking Orders for Lyriq EV As of Now
Article
More from this author