There is little quarter given among the American Big Three manufacturers in the pickup universe. As soon as one gets a step ahead, the other two move into action to catch up or even outdo it. The latest example of that is Ford’s announcement of a new off-road package.

The Tremor package will be offered on a number of Super Duty models for the 2020 model-year. Ford hopes it will give them a weapon to do battle with the Ram Power Wagon and the new AT4 variants set to debut soon with the HD version of the next GMC Sierra.

Certainly the changes Tremor brings with it leave little doubt as to its purpose. Ts starts with 35-inch Goodyear Wrangler Duratrac tires mounted on 18-inch alloy wheels. According to Ford, they’re the most massive rubbers available for an HD truck. 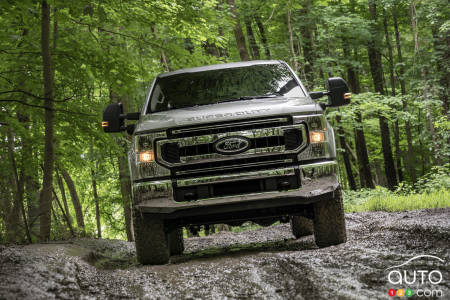 Tremor-equipped models also benefit from 2 inches more elevation in front, for an increased ground clearance of 10.8 inches. Angles of attack are 31.6 degrees in front and 24.5 degrees in back – the best ever for Ford’s Super Duty, and better than the Ram Power Wagon offers. Tremor versions can also splash safely around in 33 inches of water.

On the other hand, the package does not bring with it the ability to disengage the stabiliser bar, which gives the Ram truck the advantage in terms of driving in challenging situations. We also note that, for the moment anyways, the product offering does not include a winch.

Fans will be pleased to learn that the package will not be limited to just one variant. It can be optioned with 250 and 350 Series models, and find itself in versions like the XLT, Lariat, King Ranch and Platinum. Ford’s DieselPower Stroke engine can also be combined with it, as can the company’s new 7.3L V8.

The model will be officially presented a little later this year, just prior to its commercial launch. 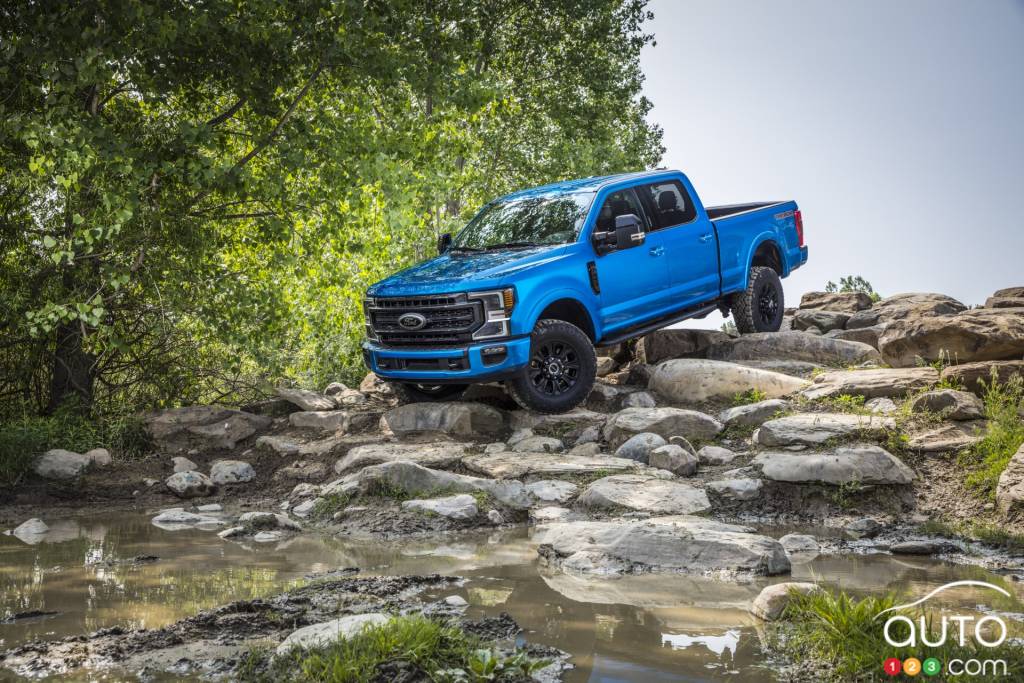 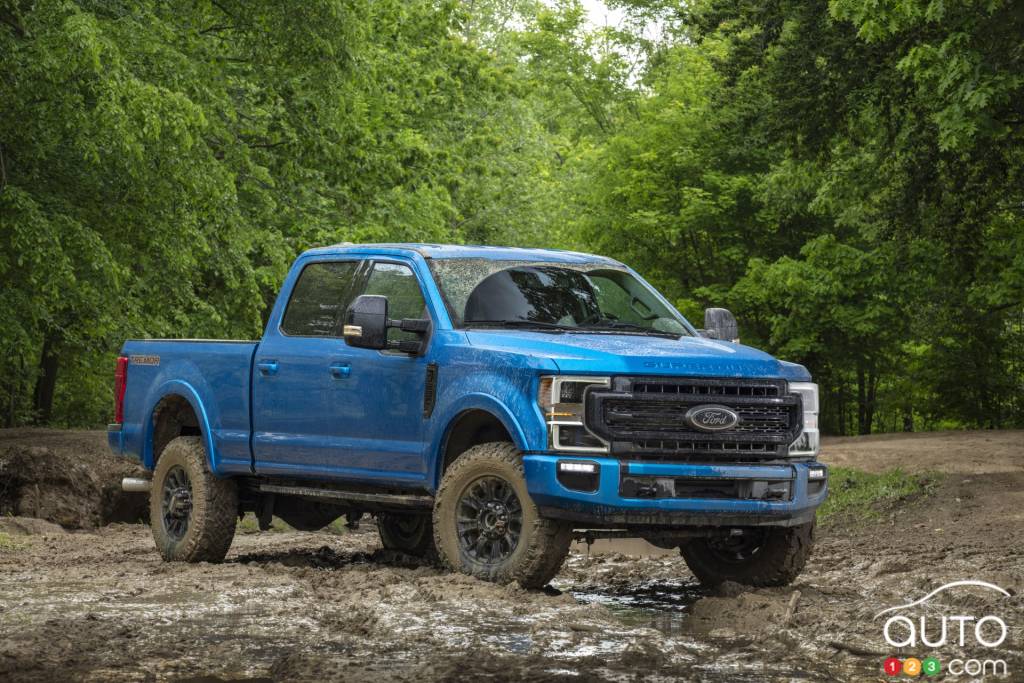 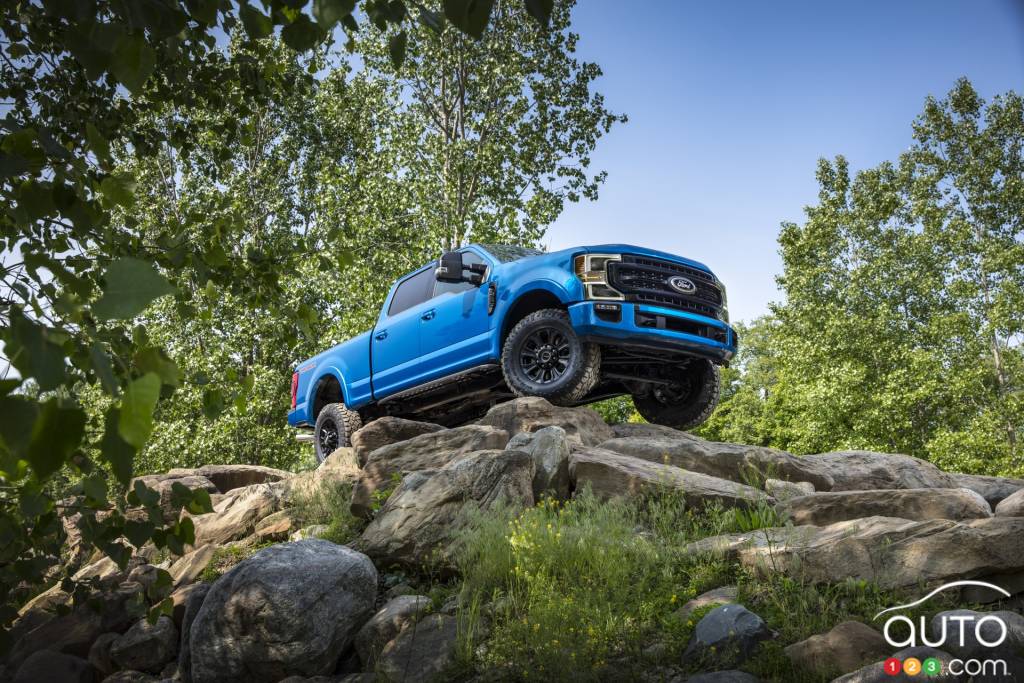 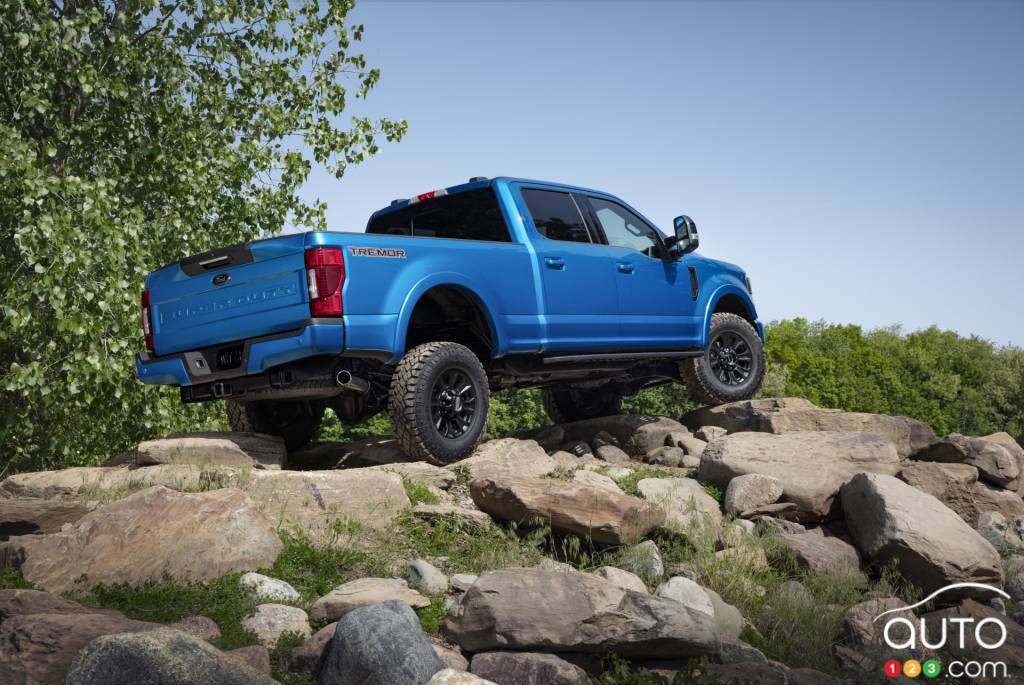 At the launch of the 2020 Ford Super Duty, Auto123 tested versions equipped with the Tremor off-road package. From our experience on the day, we can say to F...

Auto123 traveled to Arizona to test drive Ford's next generation of Super Duty pickup trucks. On the menu for the 2020 Ford Super Duty is a new engine, a new...

Ford has revealed just what kind of weights its new 2020 Ford Super Duty truck will be able to pull, and it’s little surprise that the towing capacity of the...

Articles By
Daniel Rufiange
Will the Next Mazda CX-5 Become a Full-On Lux...
Article
Hyundai, Kia Facing up to $210 Million in Fin...
Article
Don’t Feel Ready to Take on Winter Driving? Y...
Article
More from this author