We’ve said it before, things move at the speed of lightning in the electric-car segment. Introduced just three years ago, the current Hyundai IONIQ Electric has a range of 200 km that places it behind several other models it must compete against.

When it first appeared, that 200 km was enough to place it near the front of the class when compared with models like the Volkswagen e-Golf and the Nissan LEAF. Early on, though, the Chevrolet Bolt and its 383-km range overtook it handily. Since then it’s been a non-stop arms race – even within Hyundai itself. The Kona Electric just introduced has a range of 415 km.

It was but a matter of time before the IONIQ got its electric powertrain upgraded in response.

For 2020, the model will get a 38.3 kWh battery pack to replace the 28 kWh unit it currently uses. This 36% gain will translate into about 80 km more range. Take note however that the EPA (Environmental Protection Agency) has yet to announce any official figures. 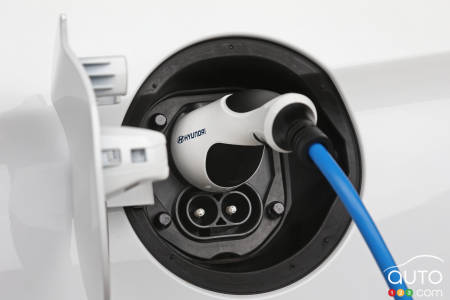 If the numbers prove accurate, the 2020 IONIQ Electric will thus have a range of 280 km. We can’t help but wish it was more than that; on the other hand it’s a step in the right direction. And in the range sweepstakes it puts the model ahead of the base-model Nissan LEAF and its 241 km.

Perhaps just as significant, the 2020 edition will get a new charging system that will allow for faster recharging times. At a 100-kW charging station, it will be possible to charge to 80% in just 54 minutes.

Since it first launched, the IONIQ’s different versions, the Electric, the hybrid and the plug-in hybrid - have sold for a total of 60,000 units. 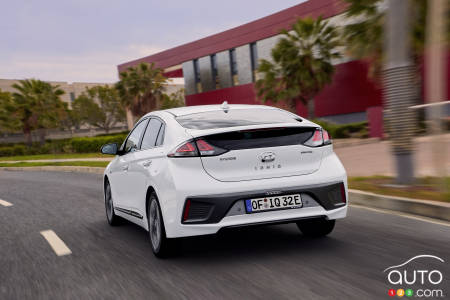 Rivian’s Electric Trucks Will Be Able to Charge Each Other

When Rivian’s all electric pickup trucks make their debut next year, they will be able to charge each other. The tag-team concept is for one truck to be able...