Culver City, CA – This week Lexus invited a small group of journalists to the unveiling of the 2020 Lexus RX at Playa Studios in Culver City, California. Auto123.com was there for the big reveal.

The current generation of the Lexus RX was introduced in 2016. Two years later, in 2018, Toyota's luxury division expanded its offering by introducing a seven-seat RX L, adding a third-row to the best-selling Lexus vehicle. For 2019, the hybrid-powered RX 450h benefits from a new set of luxury finishes that hew closely to what’s found in the gas-fed RX 350. For the 23020 model-year, the Canadian-built RX gets a medium-grade mid-cycle update, consisting of some minor brushstrokes to refresh the styling and the addition of some new technological elements.

(Subtly) rejuvenated lines
You have to be pretty familiar with the brand to notice the differences between the 2019 and 2020 RX models. Lexus retouched the front and rear fairings and redesigned the wheels, growing them from 18 to 20 inches in the process. The tapered triple-beam LED headlamps have also been redesigned for a different and more aggressive visual signature and are standard on the Luxury and Superior versions. Distinctive grilles remain in place. The end result is a tighter look with a sportier style. 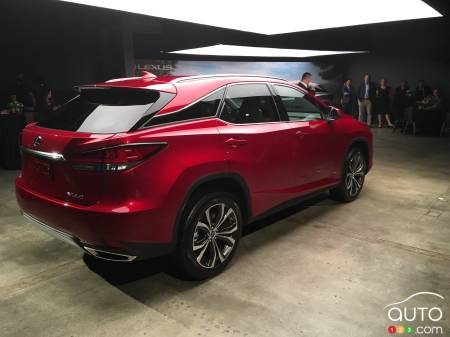 Technological updates
Like in all models in the Toyota/Lexus family, Apple CarPlay and Android Auto will be integrated for 2020, becoming, finally, part of the brand's standard fare. Lexus is also growing its touchscreen to 12.3 inches in high-end models (standard screen is 8 inches). Also of note is that the screen is now just that, a touchscreen. This means that users are no longer forced to go through the very frustrating touchpad that can run you crazy within five minutes. You can now use your fingers to operate all the commands or even use voice commands via the Google assistant and it works well, for a less-irritating user experience.

There are now six USB plugs (instead of four). Among the options, there is a navigation package as before, a luxury package (including front and rear parking sensors, sun screens on the rear doors, that bigger infotainment screen, LED taillights, premium leather trim and leather-trimmed steering wheel) and an executive package, which brings with it a 15-speaker premium audio system, hands-free power hatchback, panoramic sunroof, head-up display, wide-vision outdoor camera system, and power folding second-row seats.

F SPORT options include a sportier electric power steering and heated steering wheel, or you can opt for the red sports seats with grey stitching. 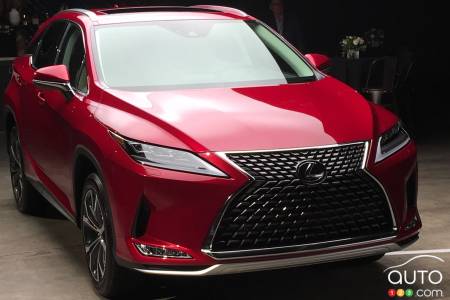 No change under the hood
The RX 350 continues to rely on the same 3.5L V6 producing 290 hp and 263 lb-ft of torque as before, paired with an 8-speed automatic transmission and all-wheel drive. The RX 450h hybrid takes the same mechanics and adds two battery-powered motors to get total output to 308 horses. In that setup the transmission becomes a CVT, AWD is still included standard, and power to the rear is supplied by one of the electric motors; the other is integrated in the transmission.

Lexus says it has refined the ride of the RX SUV for 2020. The front and rear stabilizer bars are now hollow to reduce weight, but their thicker diameter and reinforced bushings help reduce body roll and improve steering response. The dampers have been recalibrated to work in tandem with the stiffer anti-roll bars. They also incorporate a new friction reduction device that helps dampen high frequency vibrations to provide a smoother ride. 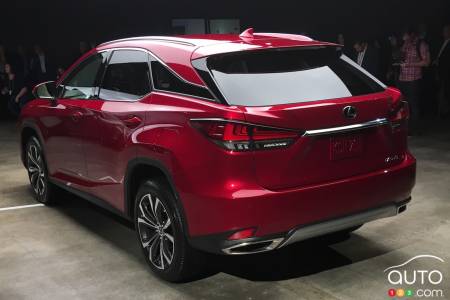 Conclusion
In the end, you have a very good RX that will be even better for 2020. Production of the new RX and RXL 2020 is set to begin begin in the third quarter of 2019, and prices will be announced shortly before the RX goes on the market.

The next evolution in the line of Lexus products will have to include a substantial push towards electrification, because in spite of all its efforts to improve its products the automaker has not yet made the jump to true electrification, and it will have to if it wants to avoid being bulldozed by the competition. BMW and Volvo, for example, have adopted PHEV technologies, while Mercedes-Benz, Audi and Tesla have or will very soon have 100% electric models. Toyota will have to develop a quick-moving strategy, otherwise it will lose ground. 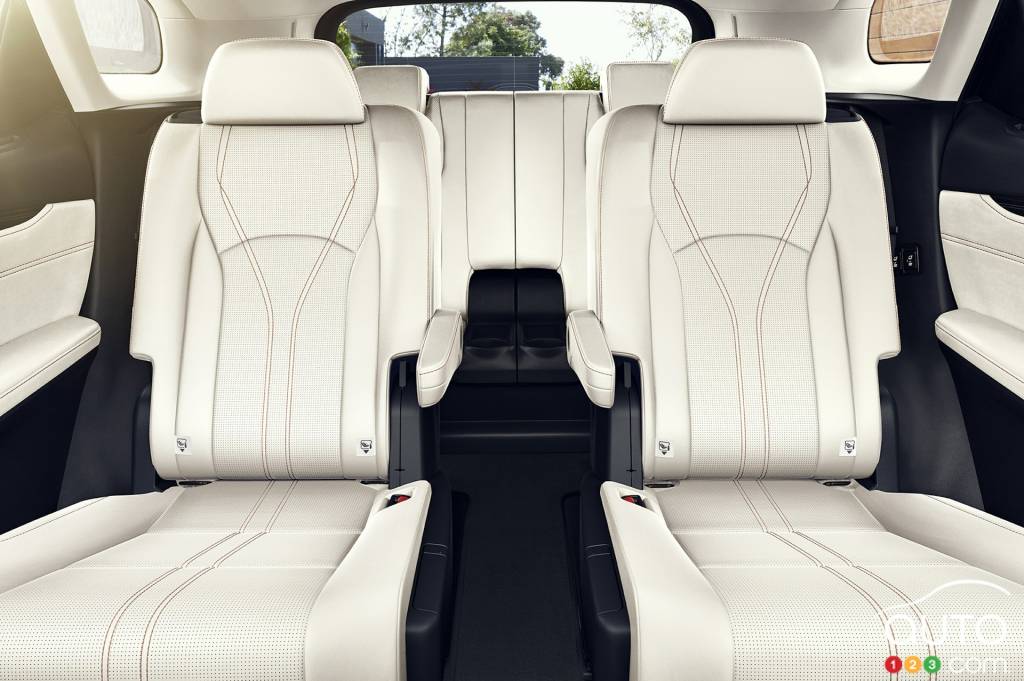 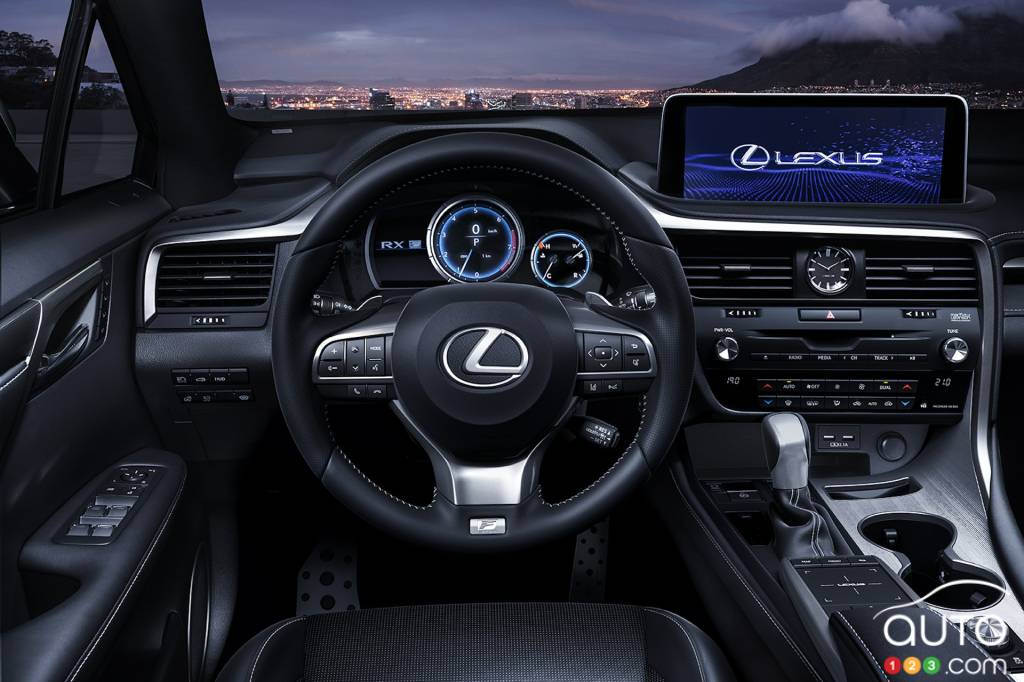 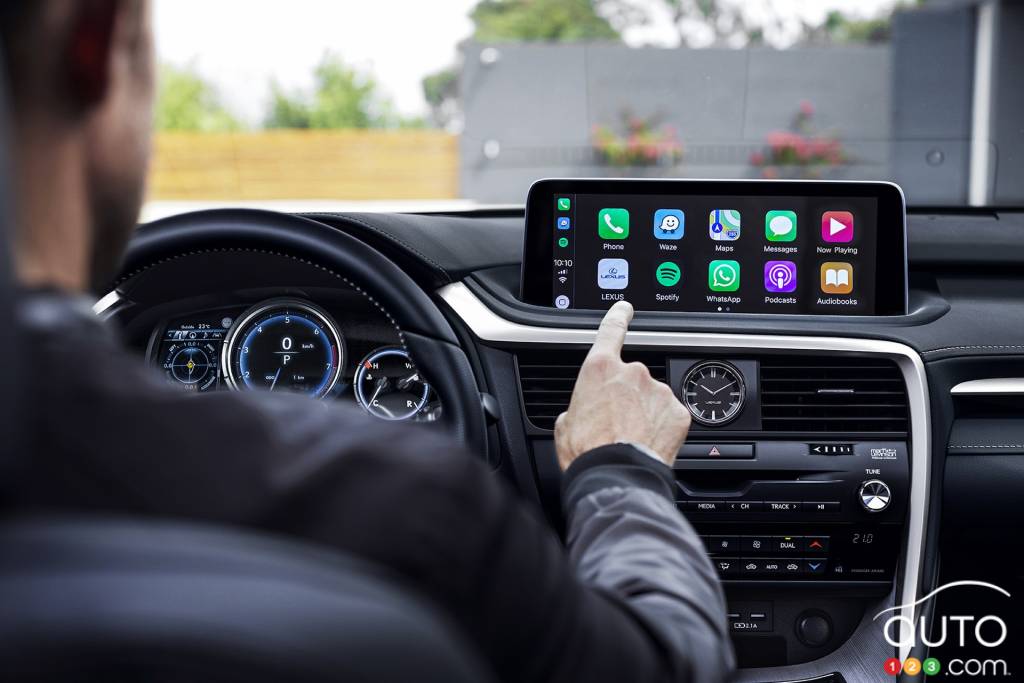 The 2020 Lexus RX 450h luxury utility vehicle is the perfect choice if you're looking for a reliable, comfortable, safe vehicle with enough room for five peo...

Lexus gave us an early first meeting with its upcoming new 2020 RX and GX models as part of its 30th-anniversary event in Costa Rica. On the one hand we disc...

The Lexus RX as Magic Carpet: A Travelogue

Current stay-at-home orders say nothing about leaving your imagination in confinement. Discover the quirks and charms of Costa Rica as our intrepid journalis...