For the Toyota brand, the Chicago Auto Show this year was defined largely by the TRD letters. Several specially decked-out versions of Toyota models are on display, including the Tacoma TRD and the Sequoia TRD. These editions feature a more dynamic appearance but are also modified to make them more capable in off-roading situations.

Now the brand’s most popular model is getting the TRD treatment. Although we’re not talking here about a TRD Pro version of the RAV4, the SUV has gotten elements that will make it a better performer on rugged terrain.

The RAV4 TRD Off Road is based on the model’s Adventure trim. It’s fitted with a four-wheel-drive system with torque vectoring control that can send 50% of the engine’s power to the rear wheels, but also distribute more torque to the left- or right-side back wheels depending on the situation. This is extremely effective for optimizing road grip in tough conditions.

The TRD Off Road also gets different shocks that provide a higher ground clearance for navigating terrain with bigger obstacles. Exclusive 18-inch wheels fitted with Falken Wildpeak A/T Trail all-terrain tires are designed to enable tackling trails too rough for the regular RAV4. 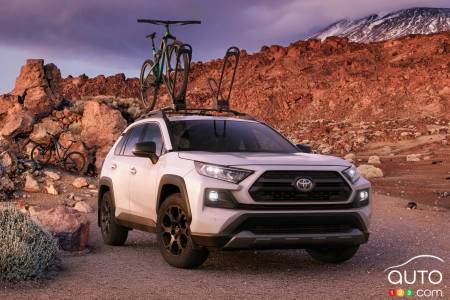 Esthetically, the appearance of the TRD Off Road edition closely tracks that of the RAV4 Adventure, except that it gets an exclusive two-tone colour scheme mixing metallic grey body colour with a white roof. Mechanically, the engine is the same 2.5L 4-cylinder unit (203 hp) as found in the regular RAV4

The TRD Off Road version of the Toyota RAV4 will be arriving at dealership in the fall of 2019 as a 2020 model. Prices will be announced closer to launch. 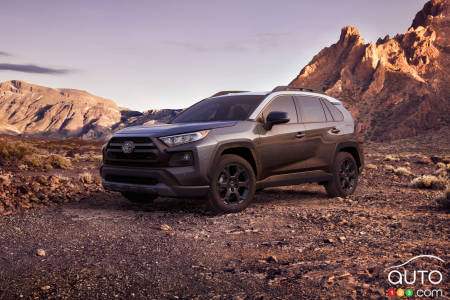 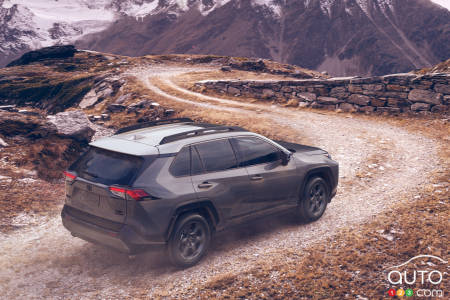 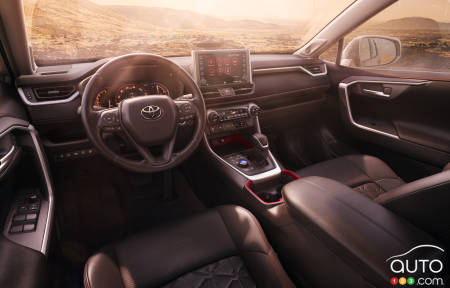 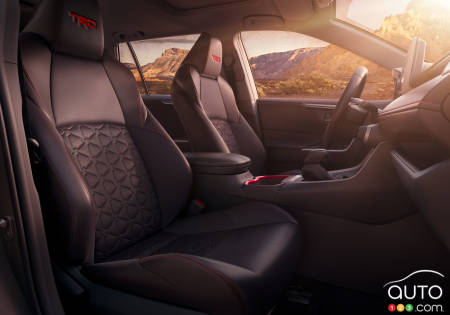 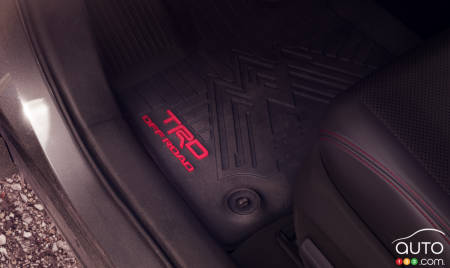 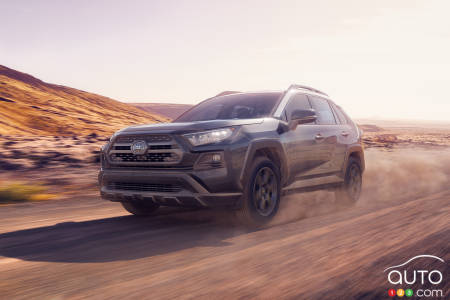 The 2020 Toyota RAV4 Trail TRD with Off Road is without a doubt the most rugged version of the SUV produced to date. Still, this edition of the 5th-generatio...