This past year Toyota has introduced what you could safely call the most rugged version of the RAV4 ever made. The RAV4 Trail with TRD Off Road package gets the full treatment you’d expect that comes with the TRD (for Toyota Racing Development) badge.

The Japanese automaker isn’t reinventing the wheel here; off-road-capable SUVs are all the rage lately, although the definition of what exactly is “off-roading” varies widely as you span the industry. For some, taking a turn off the paved road and driving a short distance on a gravel road to get to the cottage falls into the off-roading category; for others, you can’t call it off-roading unless you need to use a winch to get out of a fix at some point on the ride.

Whichever side of that fence you're on, the trend of dressing up an urban utility model to make it look ready to cross the Sahara and/or the Antarctic is a real thing, and here to stay most likely. Automakers are multiplying such offers in their SUV lineups.

Mind you, beyond its TRD get-up, this RAV4 is still a family-friendly vehicle that’s forgiving at the pump, especially when compared with its bigger sibling, the Toyota 4Runner. Here are the results of a winter spell I recently had with the 2020 Toyota RAV4 Trail TRD Off Road.

The TRD treatment
First things first, of course. The rugged 4x4 makeover makes the SUV look pretty bitching. I should point out off the bat that the TRD Off Road package (cost: $3,360) is only available with the Trail version of the RAV4, already the variant best positioned to attract fans of macho-looking vehicles. Even then, the TRD Off Road package is not available with all colour schemes the Trail comes in – Flame Blue and Ruby Red, for example, can’t be combined with the package. Which is a shame, really. Fortunately our tester was saved from blandness by the contrasting “River Ice” contrasting roof sitting atop the Metallic Magnetic Grey body – a happy marriage, in my view.

The most eye-catching visual add-on is the set of 18-inch TRD alloy wheels, exclusive to the Off Road package. (For the summer months the RAV4 TRD gets Falken tires, but for our winter test drive we rode on Bridgestone Blizzaks.) All the outside badging is black, and there’s a TRD Off Road logo on the rear hatch.

The suspension has also been reworked to offer better resistance to the beatings off-road driving can inflict.

Inside, you can't look anywhere without catching sight of a TRD badge, for example on the head-rests and the rubber carpets, while the Softex leatherette seating is there because it’s easier to clean after a long day driving around in the back country.

Note as well that the package brings with it a battery of integrated technologies like navigation, Apple CarPlay and Android Auto, larger 8-inch touchscreen, high-end 11-speaker JBL audio system and the Safety Connect and Remote Connect systems.

A more practical interior
When Toyota unveiled its redesigned RAV4 last year, the outside but also the inside of the new edition earned praise from fans of traditional 4x4s. This new cabin has made people forget all about the more-conventional older RAV4 interior.

It starts with the rubber elements on the dashboard and the red accents around the induction smartphone charger and cup-holders. Toyota’s designers wanted to give the brand’s top-selling SUV a bit of the vibe of the 4Runner by including that model’s big round buttons, and so you can change the temperature of the climate control system using two of those.

Unsurprisingly, the rest of the dash is heavily inspired by the Corolla’s, with the centre touchscreen sticking out in dead-centre position, and the steering wheel (now larger than before) with its multiple functions.

For the rest, the RAV4 Trail with Off Road package sticks to the winning formula introduced with the redesign of the model in 2019. The seating is comfortable in both rows, while the trunk harbours cargo space to match that of the biggest luggers in the category. In our TRD version, the floor of the trunk was covered with a rubber panel that reached right to the back of the second-row seating.

At the wheel
I’ve said it before, and I repeat: the RAV4 is now more fun to drive than previously. Toyota’s TNGA platform has a lot to do with that, but there are other factors like the steering, now more precise, and the suspension, slightly stiffer than before; both these elements contribute to a more positive drive.

I should add, however, that the firmer TRD suspension is maybe not ideal for the rough-and-tumble roads of a place like Quebec, where I drove this version for the test drive. I also noted that the wheel arches let in noise from the tires moving on (or off) the pavement; sound insulation is a potential area for improvement, I’d say. Summertime driving will doubtless offer another perspective on that, and I expect there would be improvement. Perhaps the Blizzak tires accentuated the noise coming from the wheels.

As comprehensively as it was redesigned, the fifth-generation RAV4 doesn’t waver from its general mandate: to be reliable and provide a comfortable ride instead of focusing on delivering exhilaration when taking curves at high speed, for instance.

The 2.5L 4-cylinder engine is more than adequate for the task at hand with its 203 hp and maximum torque of 184 lb-ft, while the 8-speed automatic transmission that manages it is a model of transparency. That said, forget about the manual mode, which brings little to the table. You’re unlikely to get the gears changing as quickly as you would with a dual-clutch transmission, for example.

Overall, the 2020 Trail TRD Hors Route delivers few hiccups, it’s reliable and it’s very well put-together. There’s a reason why the resale value of the RAV4 on the used-vehicle market is so sky high.

The last word
2019 was a highly successful year for the RAV4, which managed the extraordinary feat of relegating the Honda Civic to second place for sales of non-pickup vehicles in Canada (the overall sales leaders continue to be the Ford F-150 and the Ram 1500).

The revision for the fifth generation had a lot to do with that, as did the variety of versions available to the consumer. There are several trims, plus the hybrid version and now this off-road-focused model. Then there’s the upcoming RAV4 Prime plug-in hybrid version, which will probably make a lot of noise on its own when it debuts on the market this coming spring. 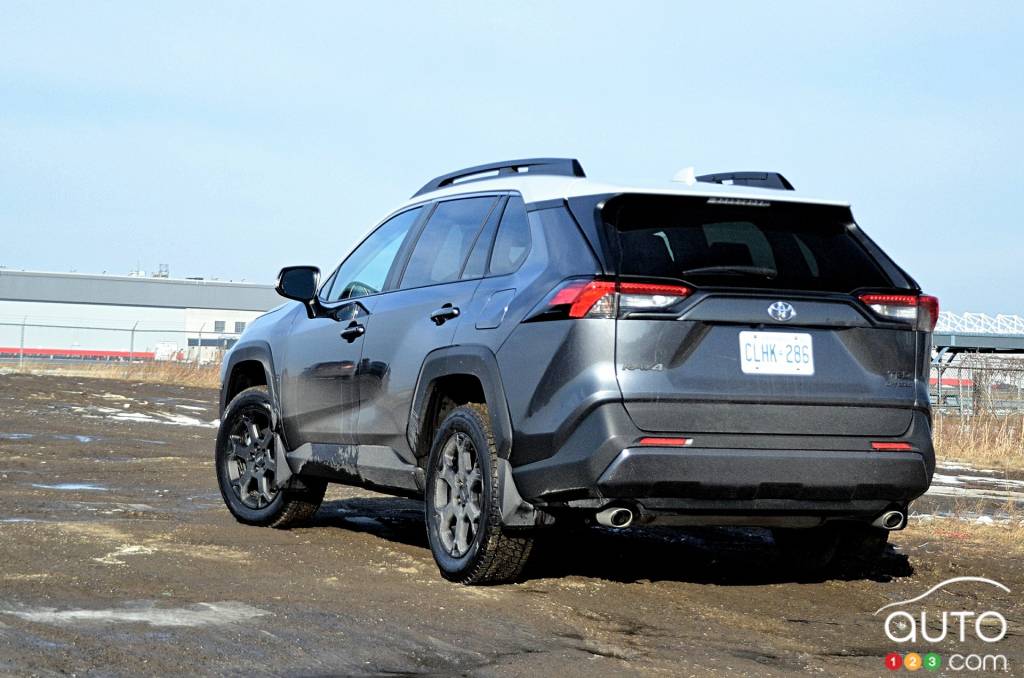 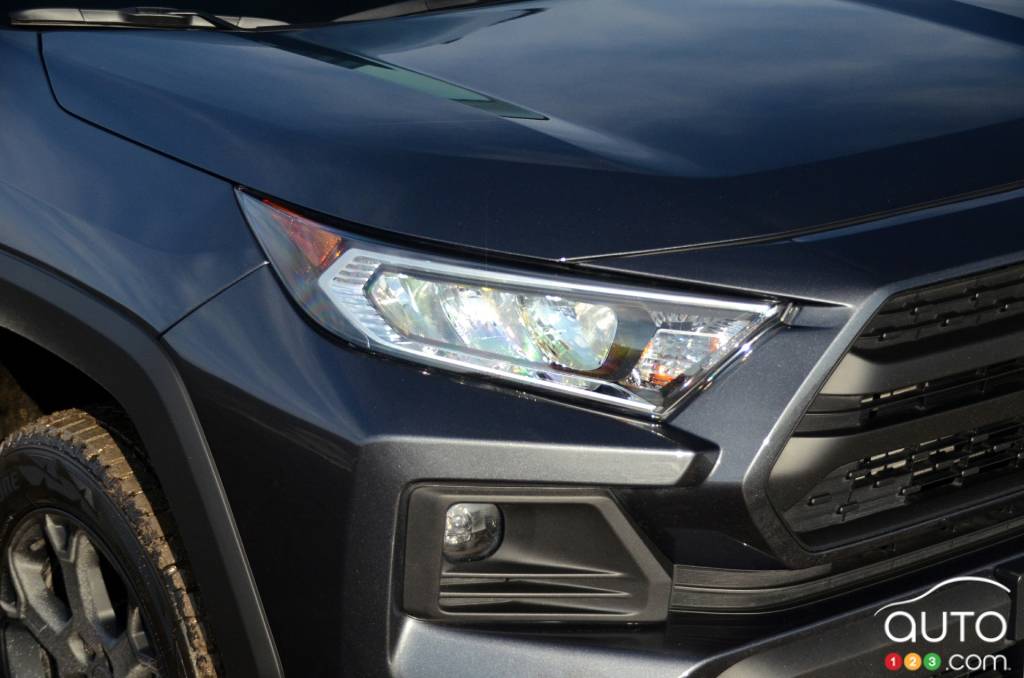 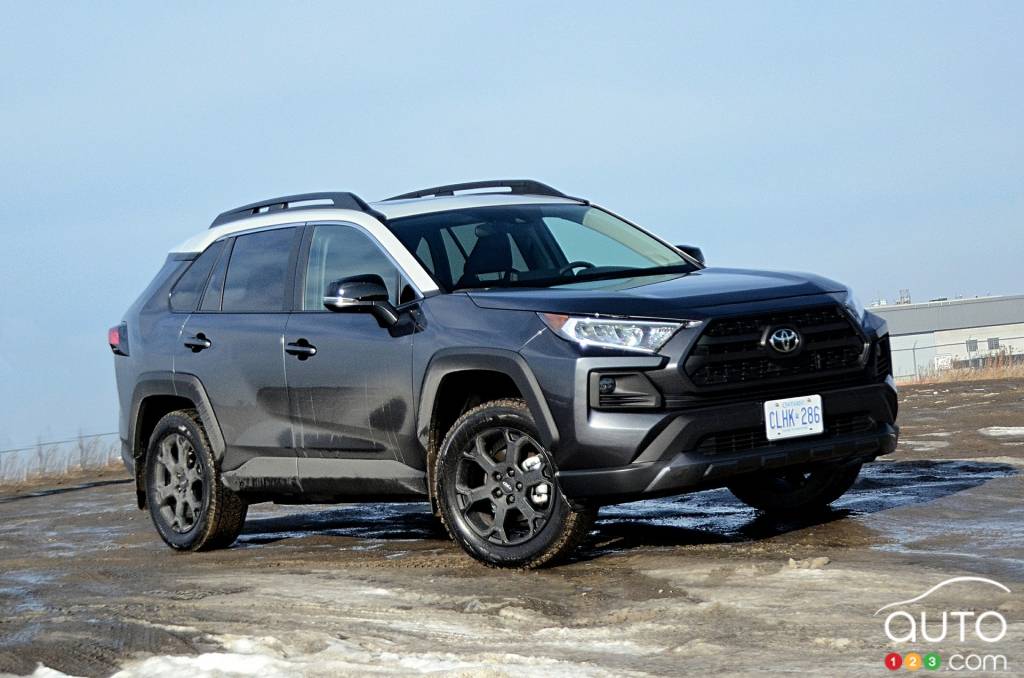 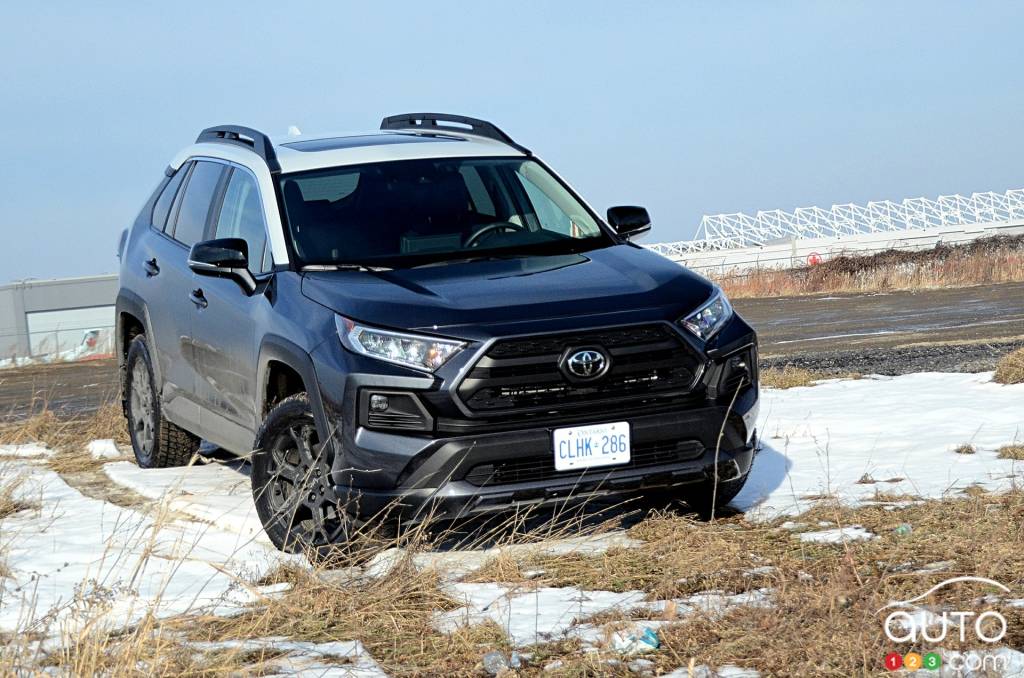 Toyota presented a TRD Off Road edition of its popular RAV SUV at the Chicago Auto Show this week. The 2020 RAV4 gets some distinct mechanical components to ...