You’ve heard the rumours, you’ve seen the teasers and by now, you’ve probably caught sight of the first photos that were leaked days ago. Now it’s official: the 2021 Ford Mustang Mach-E all-electric crossover is among us after its big premiere in Los Angeles.

So, why take the famous Mustang name – always associated with two-door, rear-wheel-drive sports cars and attach it to something like an EV CUV? Would “Mock” E be a more appropriate title?

Well, according to Ford, no. In its view, by taking that name and pairing it with an EV platform, the company wants to make it accessible to a much larger buying group, and preferably one that includes young, active families.

While clearly a five-door crossover-coupe fit for five, it has its share of classic Mustang styling touches, such as sequential three-bar taillamps, wheels with hints of classic muscle car and headlamps with nods to the “hawkeye” styling the Mustang coupe received when it got redesigned for 2018. And of course, the classic Mustang emblem both on the tailgate and snout. Long hood, too, which is nice. 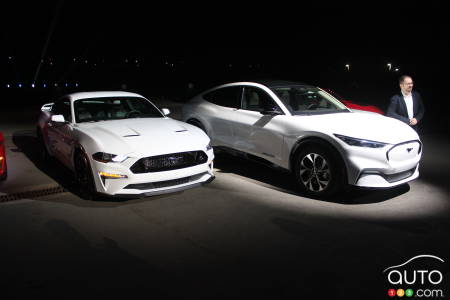 The reason for the difference is that the AWD/larger battery combination is more a performance option as opposed to a long-range cruiser. The top-spec GT Performance version, for example, makes a claimed 459 hp and 612 lb-ft of torque, good enough for a 0-100 km/h sprint in the mid three-second range, roughly the same as what’s offered by the Porsche 911 GTS.

That’s some pretty heady company and it’s an indication that while folks may have been thinking efficiency above all when the rumblings of an EV crossover started, it shows that Ford has bigger plans for the Mach-E, plans that will make it so using the Mustang nameplate is not completely off target. Other trims, meanwhile, make 332 hp and 417 lb-ft of torque. 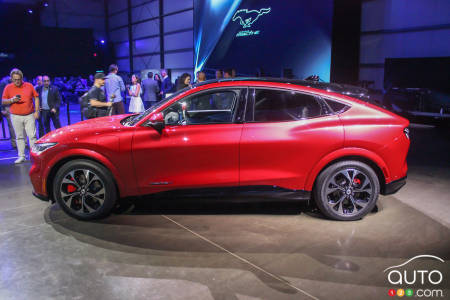 From compliance model to crucial performance EV
Indeed, in talking with Ford representatives at the event, the gestation of the Mach-E was interesting in that the project initially started as a “compliance” vehicle, meaning a vehicle Ford would need to meet ever more stringent emissions standards the world over. Gradually, however, it became clear to the team (called codename “Edison” – get it?) of about 60-odd employees tasked with developing the Mach-E that they had more than just that on their hands.

“55 years ago, the Mustang arrived as an emotional product that had power and could do burnouts but it looked great, too, and we thought if you want to modernize Ford, what’s a better product to start with than the Mustang?”

So, a little more than a “compliance” car, then; this was a vehicle tasked with bringing the whole company up to speed with a rapidly evolving automotive and mobility landscape. 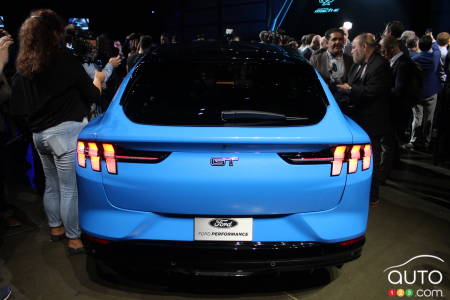 Trims
Of these, there will be five: Select ($50,495 CAD), Premium ($59,495), the limited-run First Edition ($71,995, and requiring a $3,000 deposit to order), California Route 1 ($64,495) and the aforementioned GT Performance version, topping the list at $82,995. Yes, those are Tesla Model X dollar figures but with power and range figures like that, you can see where they’re coming from. Even the trim nomenclature – GT, California, etc. – recalls trims that have been available on Mustang Coupes for quite some time.

“We’ve reimagined how customers interact with their vehicles. One thing we know is that customers want their technology to be familiar and easy to use. So our goal was for a visually appealing modern interface, but also intuitive.”

To achieve this, Ford has gone with a very – here comes that name again – Tesla-esque 15.5-inch central touchscreen display featuring a new application of Ford’s SYNC infotainment. In a nod to the traditionalists, however, they’ve left a knob at the bottom of the screen for commands like volume control and so forth. In addition to the screen, there’s a digital dash display behind the wheel, installed to ensure it moves closer to the driver’s line of sight. There are no analog dials here no matter which trim you choose. 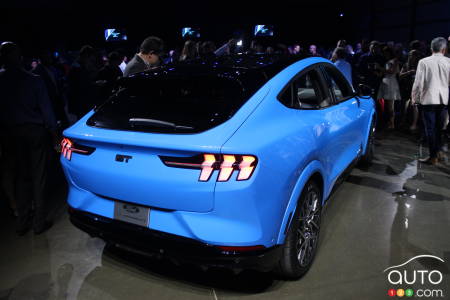 All that is new and good, but certain more traditional Ford elements remain, for instance the steering wheel buttons, similar to what’s seen on current Fords. And the Mach-E’s gear-change dial is similar to what we’ve seen in the Ford Edge, F-150 and a handful of others.

While the aggressively-sloped roofline suggested a somewhat cramped rear seat when I first laid eyes on it, since there’s no driveline (AWD is achieved by having a motor on each axle) and the batteries are mounted low in the floor, the seats are mounted fairly low and that allows for enough headroom, even for taller folks. Even with the optional full-length moonroof in place, the room in the back seat is startlingly good.

The drive
We were given the chance to take a ride in the Mach-E just after the reveal event (which featured appearances from actor Idris Elba and the award-winning Detroit Children’s Choir) so we could see what Ford has been up to over these last few years. We were taken through a slalom run at speed, and an acceleration test from 0-50 mph.

What did we learn? The Mach-E is definitely quick off the line just like you’d expect an instant-torque EV vehicle to be. Handling-wise, the battery placement means a lowered centre of gravity so body roll is reduced. I did feel some sitting in the back seat, but you can only defeat physics to a point. Plus, the cars we were in didn’t have the magnetic dampers that the top-spec GT Performance model gets, so if you want an even more athletic feel, we expect you’ll find it there. 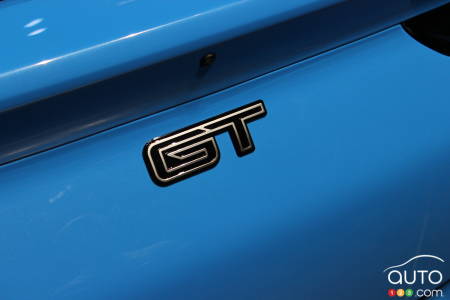 Charging
Of course, the final piece of this puzzle is charge times and access to a charge network. The Mach-E comes with fast charge capability but beyond that, it has a portable charger that’s able to hook into a level two charger for a 22-mile-per-hour charge rate. That means an overnight charge will get you to full as long as you have a 240V hookup. If you want even more than that, Ford will be offering wall-mounted charge stations that will return 32 miles of charge per hour.

Charging, range, interior space – not exactly hot button topics when you typically discuss the Mustang, but there you go. It’s a new age and while we will reserve judgement on the car until we drive it, if you forget about the badging on it what you find is an EV that, according to its manufacturer’s claims, ticks many boxes with good range, charge times, performance, and interior room. 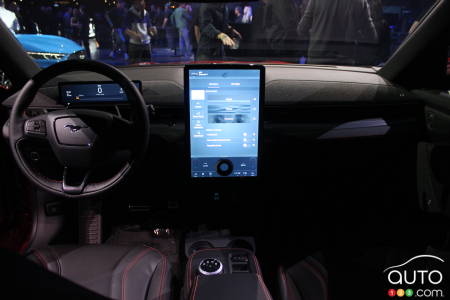 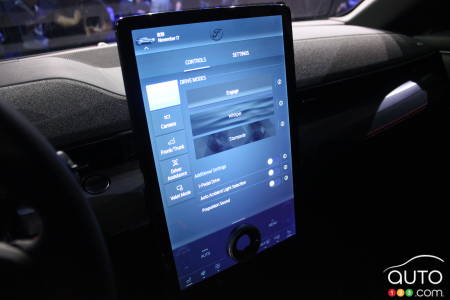 Questions, of course, remain. Such as, will a legion of fans as deep-seated as that of the Mustang sports car be able/willing to make the leap? And that’s not the most interesting question. That would involve whether or not that first question even matters. Ford continues to build the Mustang Coupe and Convertible, after all, and this new variant is aimed at markets that don’t have quite the same brand recognition when it comes to Mustang – namely, China. They love their electric SUV/CUVs over there, so why shouldn’t they gobble this one up in droves? But will they?

Order books for the 2021 Mustang Mach-E are open as of now at Ford dealers, and the vehicles should start arriving in November 2020. 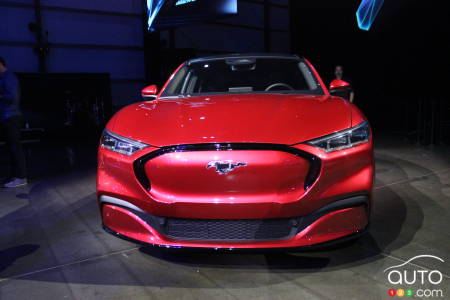 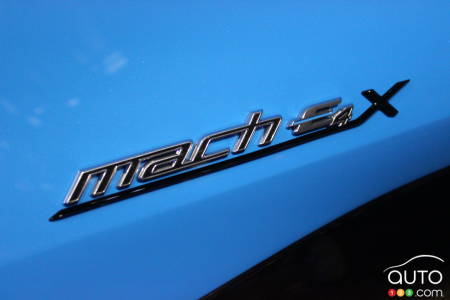 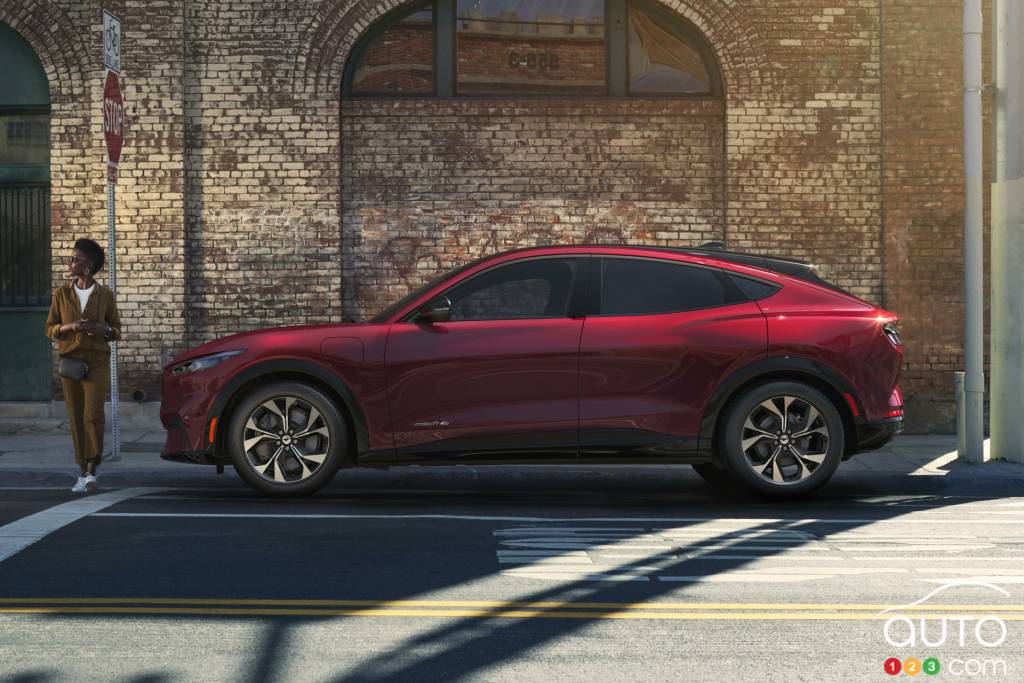 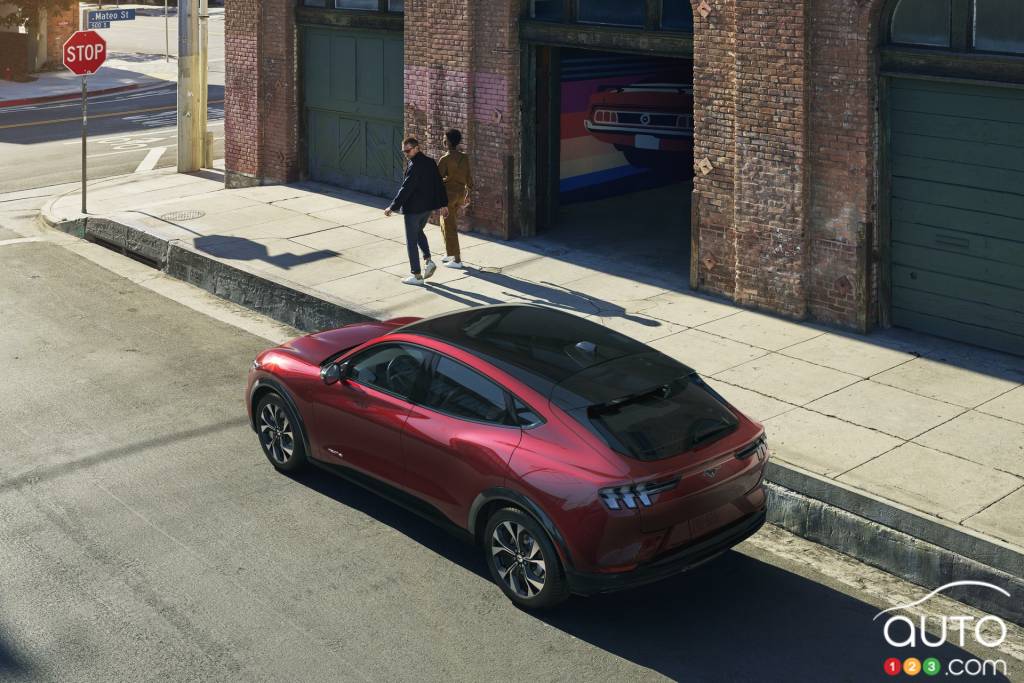 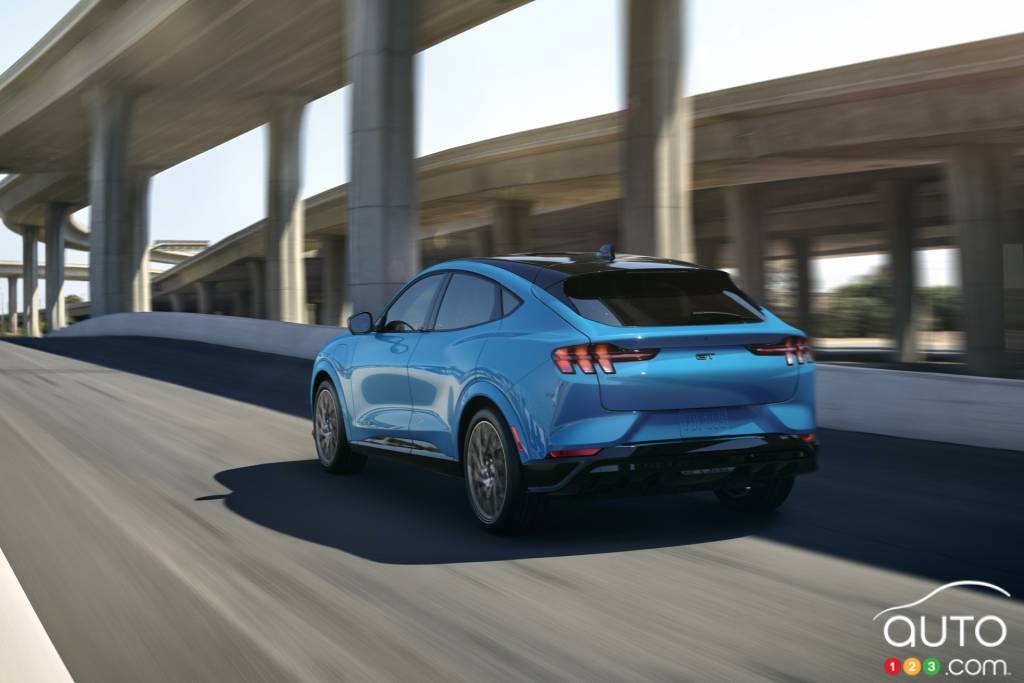 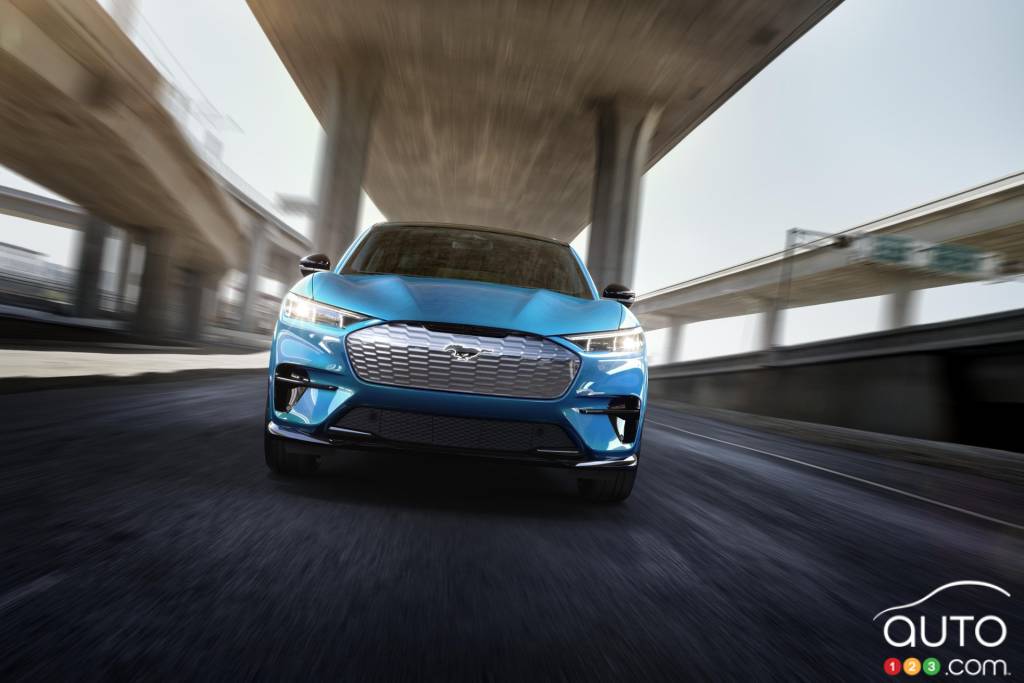