The Accord sedan benefits from a few notable changes for the year 2021, Honda Canada announced this week.

The highlights include several styling changes, an update to the hybrid version and the arrival of an exclusive Canadian variant, as well as wireless integration of the Apple CarPlay and Android Auto applications.

The styling
2021 introduces a larger front grille to the front end of the Accord versions, which will allow for better integration of the radar sensors, used, among other things, to ensure the safety features of the Honda Sensing system work properly. New headlights and LED daytime running lights are also on the menu. The EX-L and Touring variants feature new alloy wheels. A new colour has also been added to the palette; it goes by the name Sonic Grey Pearl. 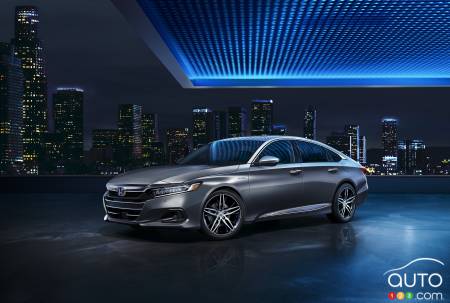 On board, as mentioned, it will be possible to connect wirelessly to use Google and Apple applications with each of the model's variants. The USB ports have also been repositioned for easier access. A rear seat reminder system is now standard everywhere – another example of how incredibly quickly this feature has made its way through the industry since its debut with the GMC Acadia a mere four or five years ago. 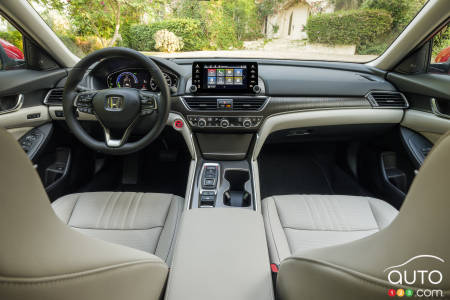 SE Version
A rookie in the lineup for 2021 is the SE model, in fact a replacement for the LX variant. The SE is now the model’s entry-level trim, but in Canada exclusively; it borrows the styling of the Sport version. The model features 19-inch wheels, LED headlights and fog lights, a spoiler integrated into the trunk, a chrome grille and exhaust tips that also use chrome. Onboard equipment includes leather-and-cloth seats, leather-covered steering wheel and 12-way power driver's seat.

Accord Hybrid
As for the Accord Hybrid, its system has been refined for a more immediate and linear response during acceleration, primarily to give the driver a more natural feel.

Note that the turbocharged versions also see their mechanics updated, all with the same objective in mind: faster and more gradual acceleration.

In short, if the Accord is on your shopping list for 2021, know that it's an improved model that Honda’s bringing to dealerships. 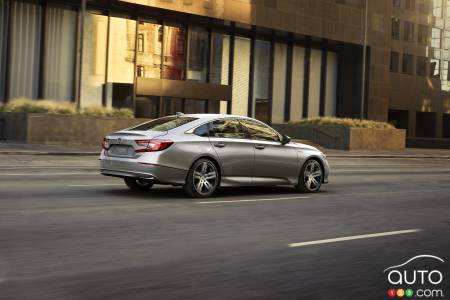 The 2021 Honda Accord Hybrid dares you to call it boring. Go ahead, just try. It’s got distinctive, almost futuristic looks and it sets out to prove that a m...

Honda Accord Losing its Manual Gearbox

Honda has announced it will no longer produce a manual gearbox-equipped Accord sedan as of 2021. With the Fit model disappearing form the lineup, that leaves...