The Hyundai Kona having debuted in 2018, it follows logically in the automaker’s schedule to see it get some esthetic updates for the 2021 model-year. Ahead of the new Kona’s big reveal upcoming in the next few weeks, Hyundai has teased a few images of its popular small SUV.

At the same time, it provided a first glimpse of the new N Line variant that will debut in the near-future.

The company’s announcement makes mention of the model’s elegant, shark-inspired exterior design, with a particular focus on the more-aerodynamic approach of the N Line version. 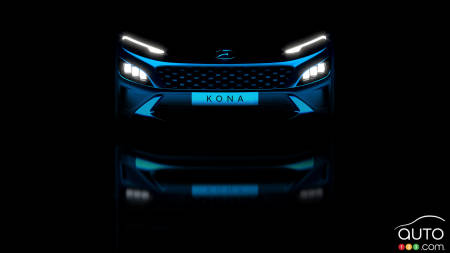 In the case of the regular Kona, Hyundai says the 2021 edition is getting improved headlights – sure to help its cause in the next round of safety testing. For its part, the Kona N Line arrives with a lower air intake and a more-aggressive bumper design.

For the moment, that’s about all we know. The spec sheet of the the N Line, which should be divulged when the model is presented, will tell us a lot more about the variant. Mechanically, we expect it to get a powertrain delivering more than the 147 hp of the regular version (175 in the case of the turbo variant) and fewer than the future N version’s predicted 275 hp.

Recall that at Hyundai, the N Line designation is situated in the lineup between the base editions and the N performance models.

For Hyundai, a refreshed version and new variant can only mean great things given the popularity of the Kona since its debut. 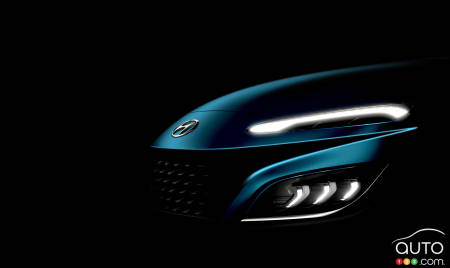