Time flies when you’re having fun. All of a sudden, Jaguar’ F-Type has been with us for five years. Its maker is planning the next generation of the model, and Autocar website has reported that the British automaker is considering producing an electric variant of its sports model.

This is not imminent, of course, as the next generation is scheduled to hit the market only in 2021. Plus, it appears any electric version would not be launched at the same time as the regular model, but rather later on in the production cycle. This means potentially a 2022 or 2023 launch date.

Still, the idea is intriguing. One interesting thing to watch has to with the engineering challenge of maintaining the car’s weight balance even while integrating a battery pack. The use of aluminum will likely be part of the solution to that challenge. 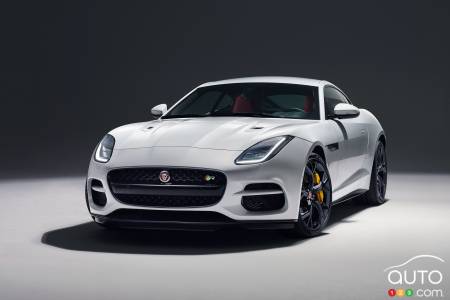 The possibility that we may see an electrified F-Type adds weight to the rumours that have been circulating about Jaguar gradually becoming an all-electric brand. In regards to the structure of the F-Type 2.0, it could well get larger to accommodate a 2+2 configuration, which put a stop to the talk going around that the model might become a mid-engine car.

We should of course take a lot of the hearsay with a grain of salt. This early in the development process for the new generation, it’s to be expected that many ideas get bandied about, and trial balloons floated. Many of the possibilities being advanced will never make it even to the drawing board.

What does seem more certain is that Jaguar is abandoning its 5.0L V8 to borrow BMW’s 4.4L twin-turbo V8. It’s also fairly likely that each variant of the new F-Type would come with some form or other of electric power. Jaguar head Ralf Speth said in 2017 that this would be the approach for each new model introduced as of 2020.

We think an electric version of the F-Type would get a positive welcome on the market. A handy parallel is the reaction of sports-car fans to Porsche’s upcoming new Taycan model. There is genuine interest for electric powertrains among buyers in this segment.

A mid-engined hybrid car from Jaguar by 2022?

Jaguar is said to be working on a mid-engined hybrid car designed to compete against models like the McLaren 570S and Mercedes-AMG GT. The so-called J-Type c...

Jaguar has announced a new Checkered Flag variant for its 2020 F-Type sports model, a nod to the automaker’s glorious history in auto racing. But the announc...

Prince Harry’s one-off electric E-Type will be produced commercially. Jaguar has announced it will produce a limited quantity of the E-Type Zero, though it w...