The Jeep Grand Cherokee hasn't been redesigned in 10 years, so it was a welcome development yesterday as its maker finally presented a new version. Specifically, we got to meet the 2021 Jeep Grand Cherokee L, a three-row, seven-seat version. It will be followed later this year by the regular version, as well as a hybrid variant.

The next-generation Grand Cherokee is built on a new platform, different from the one that will serve the future Grand Wagoneer, currently under development. The model is still based on a monocoque structure made of 60 percent high-strength steel, while the hood, tailgate and front subframe, in particular, are made of aluminum to keep the vehicle as light on its toes as possible.

The interior
For the first time in the model's history, the Grand Cherokee will feature, at least in the L, three rows of seats. Buyers will have a choice of either a bench seat or second-row bucket seats (which reduces capacity to six occupants).

The dashboard design is similar to the one the Grand Wagoneer will receive, except that there are fewer screens. Still, the new Grand Cherokee will benefit from a larger (10.1-inch) multimedia screen, as well as another 10.25-inch screen in front of the driver. As an option, Jeep offers a 10-inch head-up display. Unsurprisingly, the driver can highly customize the display in front of them. The new UConnect 5 multimedia system (five times faster than Uconnect 4) is accessible through the centre console unit. 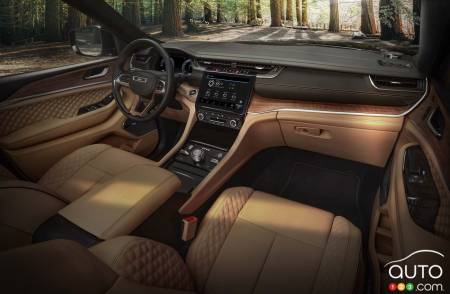 Under the hood
Mechanically, we find well-known engines, namely the 3.6L Pentastar V6 that generates 290 hp and 257 lb-ft of torque; it comes standard with the base model. Otherwise, there's the 5.7L Hemi V8 making 357 hp and 390 lb-ft of torque. With the smaller engine, the new Grand Cherokee can tow up to 6,200 lb (2,812 kg); with the larger, 7,200 lb (3,266 kg). In both cases that’s unchanged compared to before. Also in both cases, power is channeled through an 8-speed automatic transmission.

The Grand Cherokee is once again available with various all-wheel-drive systems. The basic one is an automatic system named Quadra-Trac I. The Quadra-Trac II is also automatic, but it adds a low range (low rpm). As for the Quadra-Drive II, it adds an electronically controlled limited-slip rear differential. In each case, the system can automatically disconnect the front axle to improve fuel economy.

Jeep has confirmed the eventual addition of a plug-in hybrid version, as well as various performance-oriented variants. Expect those later on this year.

The new L version presented overnight will be positioned between the Grand Cherokee and the future Grand Wagoneer. 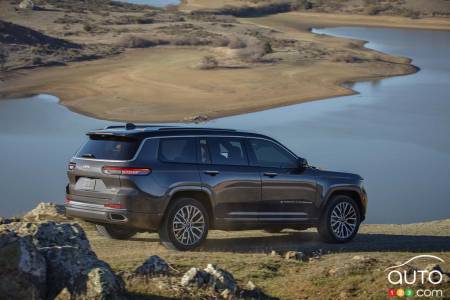 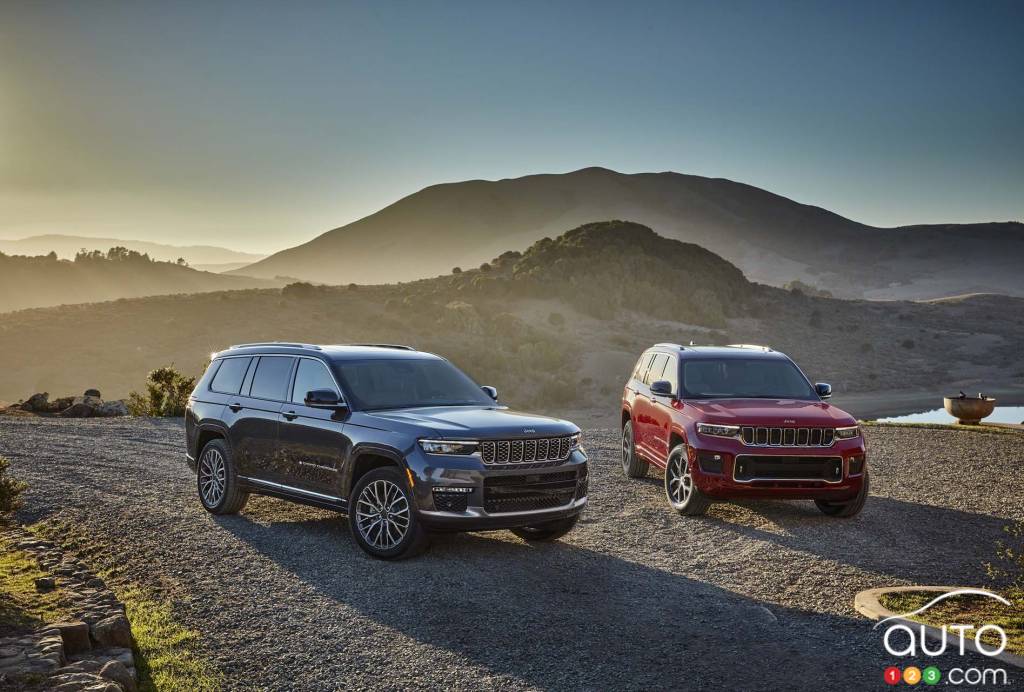 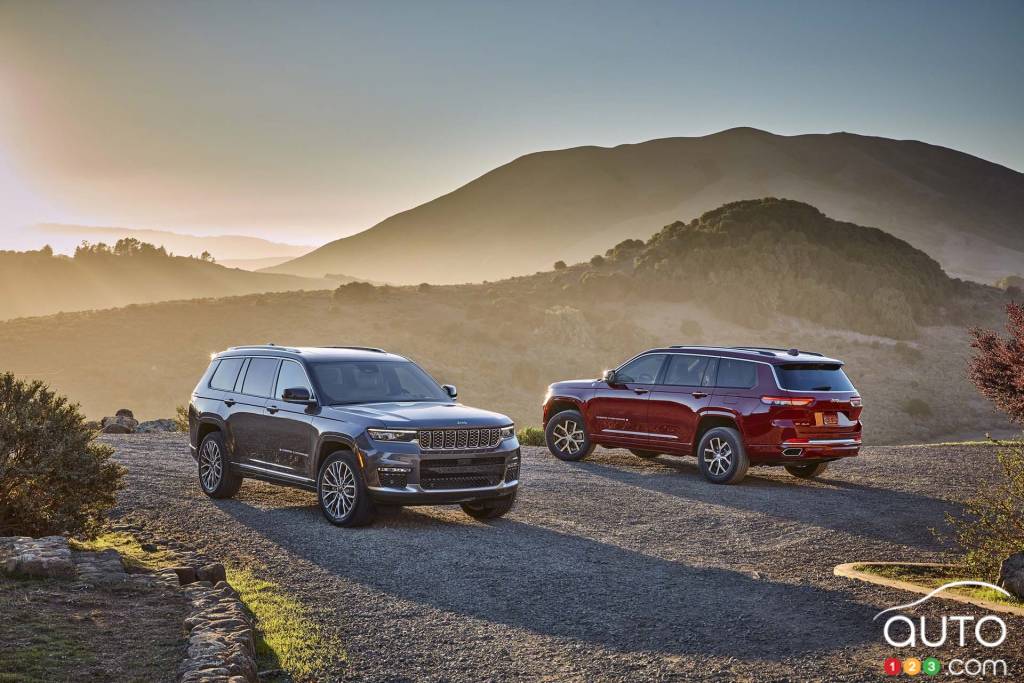 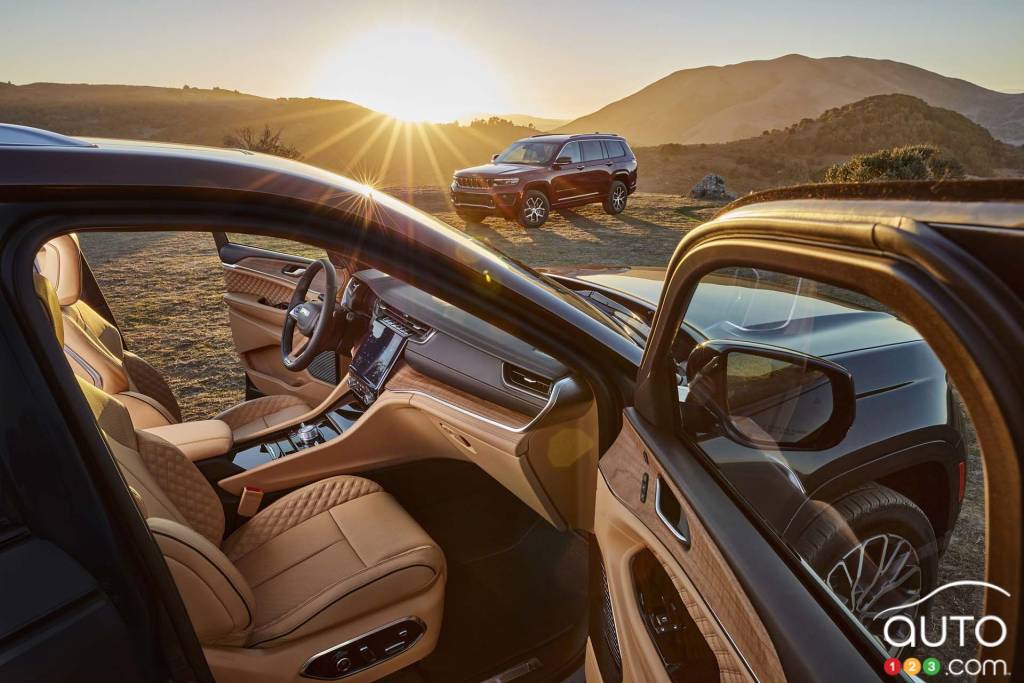 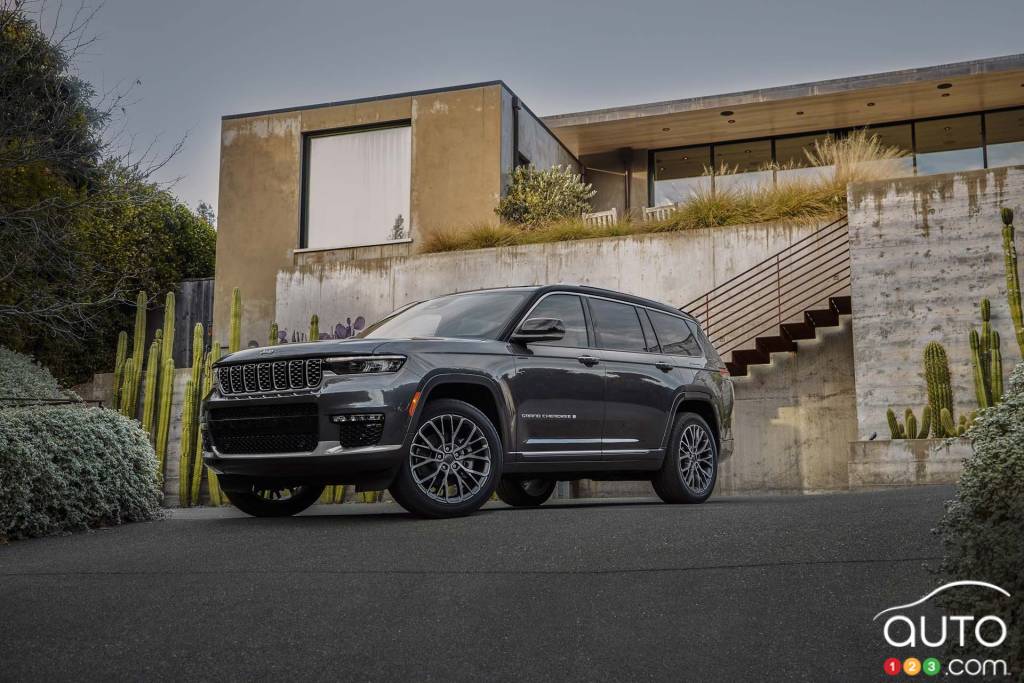 Jeep has announced pricing for the various versions of its 2021 Grand Cherokee L. Buyers will have a rich selection of options and equipment to choose from a...

Jeep Working on Another New SUV, Smaller than Wagoneer

Jeep is working on another new three-row SUV that will fit into the lineup between the Grand Cherokee and the new Wagoneer. As yet unnamed, the new model wil...