I think it’s safe to say that the Toyota RAV4 Prime is one of the more-anticipated arrivals on the new-car market in the last few years. When the plug-in variant of the SUV was introduced last year, dealers were quickly overwhelmed with requests and questions about its availability and arrival in dealerships – nowhere more so than in RAV4-loving Canada.

The wait for the model is now over, and since 2020 is, you probably realized by now, a year not like the others, everything surrounding the debut of the plug-in RAV4 has been a bit messy. Normally, we go out to test drive a vehicle BEFORE it’s available commercially to give you an early first-hand description and appraisal of it. Thanks to Covid-19, we had an online presentation a few weeks ago. Then, the vehicle showed up at dealerships, and only now were we able test drive it.

Which means of course that if you've been keenly following news about the model, you won't be too surprised by what's next, because it’s already on the road. You might think everything has been said about it. Rest assured, we still have some information to offer you regarding the driving experience and Toyota's distribution strategy.

While we have some good things to say about the former, the latter leaves room for criticism. 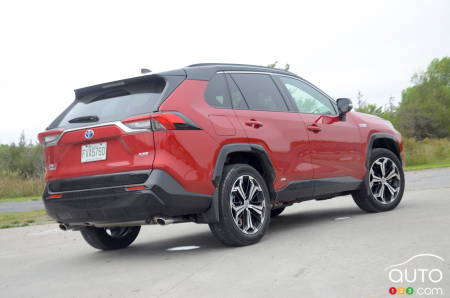 What you may already know
A lot is already known about the Toyota RAV4 Prime, including its powertrain, a 2.5L 4-cylinder engine with 302 hp. This unit is accompanied by two electric motors that support it and provide all-wheel drive; one 134 kW motor is found in the rear while the other, 40 kW unit sits in the front.

The power of the Prime version is 83 hp higher than the straight-hybrid variant. Natural Resources Canada estimates the all-electric range at 68 km. Combine that with the vehicle's hybrid capability, and you get a RAV4 Prime that can travel a distance of 979 km before refueling.

The battery size is 18.1 kWh and consists of 96 cells. The battery is mounted under the rear seat, which keeps the interior volume identical to that of the hybrid version. An air-conditioning refrigerant is at the heart of its cooling system. 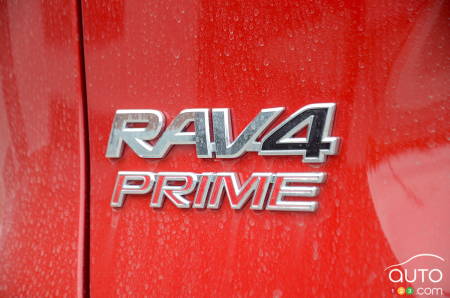 What you may not know
Due to the arrangement of the battery pack under the floor, ground clearance is slightly affected. The difference is negligible, however, and of course this being a primarily urban SUV, few owners are likely to haul their RAV4 Prime on extreme off-road adventures. What's more interesting is that this configuration has lowered the model's centre of gravity, planting the vehicle more firmly on the ground. The floating feeling you get when driving a hybrid on the road is greatly diminished.

Toyota also says specific mechanical adjustments were made for this Prime model. While they avoided going into technical details, we were told the way the torque is applied has been revised to make it available a little earlier in the engine speed range. It remains imperceptible, because this Prime variant is the most powerful in the model range anyway. To wit, the company promises 0-100 km/h in 6 seconds.

And the towing capacity? This you may or may not already know, but just in case, it's 2,500 lb. 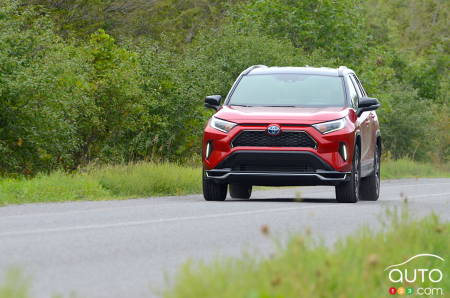 Finally, as for the equipment of the three variants in the lineup, we won’t go into full detail here since we outlined the specs when the model was unveiled. You’ll also find there details on the applicable government incentives in Canada. More on that in a bit.

How many kilometres?
Whenever I get behind the wheel of a vehicle that offers any kind of electric-power range, I take it as a personal challenge to do better than what the company’s promising. I also like to do the opposite, i.e. drive while mistreating the gas pedal to eat up as much energy as possible, so that I can see what the limits of the vehicle’s powertrain are.

Here, this being a single-day first drive event, only one chance (meaning, one refill) was offered to us, so I took the stingy approach. At the moment I set off in my RAV4 Prime, the range indicated on the screen was 64 km.

By using boulevards with little traffic and country roads, on which speeds maximize fuel efficiency, I managed to drive 80.5 km in pure electric mode. It's easy to imagine, thus, making 85 km with an initial range of 68 km. Now, you may wonder how precisely I drove the RAV4 Prime to get this result. Let's just say that I respected the allowable limits, perhaps going over a little bit. Above all, though, I carefully measured the pressure on the throttle to avoid unnecessary energy demands. 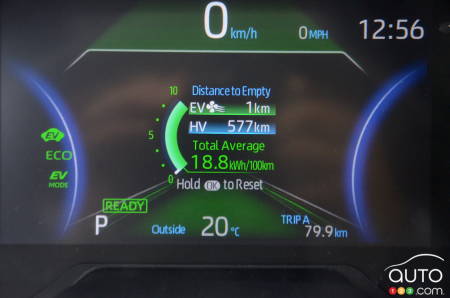 Of course, it will be worth testing the RAV4 Prime in other circumstances, for example using a more-aggressive driving style, strictly on the highway, or in the middle of winter when a cold snap hits and we’ll be pining for the heat of this past summer.

Nonetheless, these initial results are promising. And as for the fuel consumption rating in hybrid mode, it's 6.0L/100 km.

The drive
As mentioned, the lowered centre of gravity has a beneficial effect on vehicle stability and poise. Also, in hybrid mode, accelerations are as vigorous as one could wish for. The last time I spun the wheels of a Toyota RAV4 was in 2007 with a V6-powered version.

Market distribution
Now, in terms of the way Toyota is rolling its new PHEV out on to the market, there are questions that need asking. 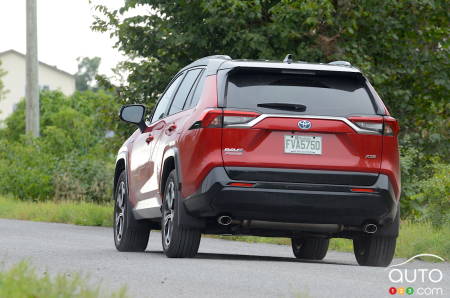 First of all, we can understand there will be some delays in delivering the model to buyers and dealers due to the high demand. However, we’re less willing to cut Toyota slack in terms of what versions are being prioritized. Specifically, of the first 1,000 units being delivered to market, only 3% are basic SE versions, offered at $44,990. All the rest – a whopping 97% - are XSE variants priced at $51,590. A third of those will be equipped with the Technology Group, which further raises the bill to $56,990.

If this breakdown were a reflection of customer demand, it wouldn't be a big deal. But that's not the case. Toyota decided on these percentages. In other words, the company clearly doesn't want to sell you basic models at more attractive prices; it sees profits in its crystal ball and does everything it can to capitalize on the enthusiasm for the model.

So, if you order an SE version, expect a call from Toyota offering you an XSE variant. You want a Toyota RAV4 Prime? Pay up! We understand the strategy, but it's disappointing; the brand's loyal customers deserve more respect.

To justify its decision, the company explains that it based its decision on past experiences where customers turn to more loaded variants at the launch of a model. While this practice is a reflection of industry reality, one might have expected an allocation of 15% to 20% for the SE model, not 3%. 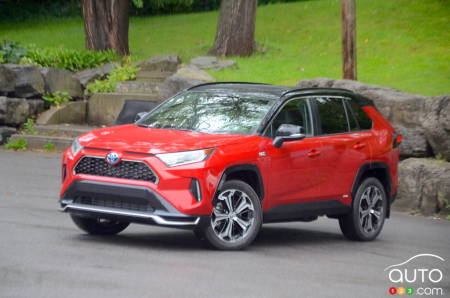 Conclusion
The way the vehicle is being introduced to the Canadian market leaves a bitter taste. Let's hope production issues are resolved quickly and that supply meets demand eye-to-eye by the end of this year.

By the way, the product itself is a high-quality proposition is very interesting and guaranteed to please those who choose it.

How the percentage of variants is distributed
Hefty price tag bill, even with the incentives 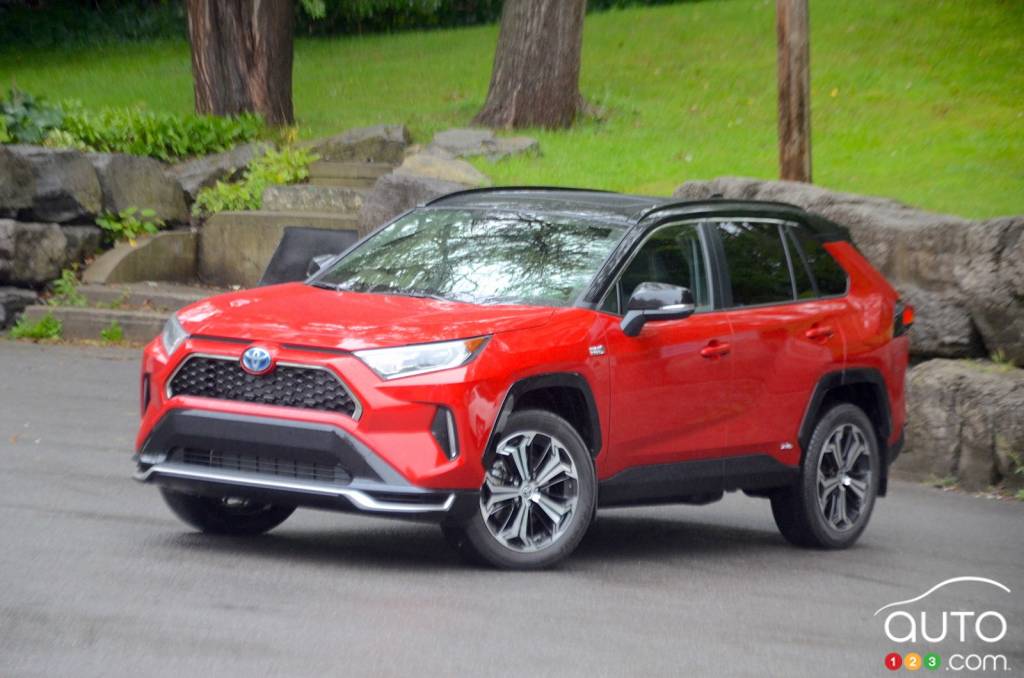 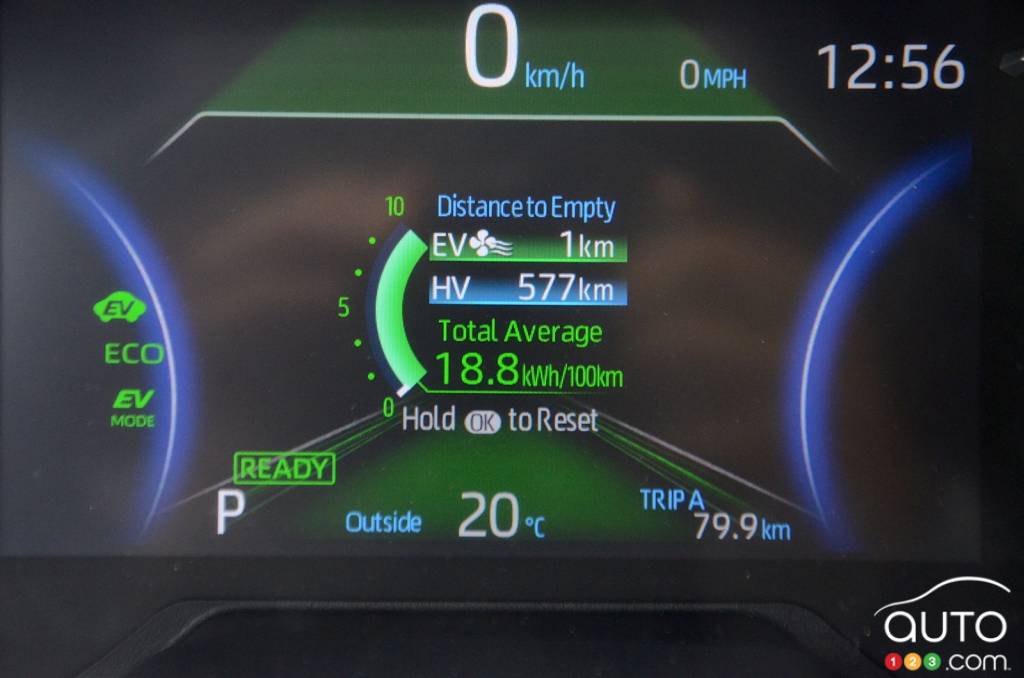 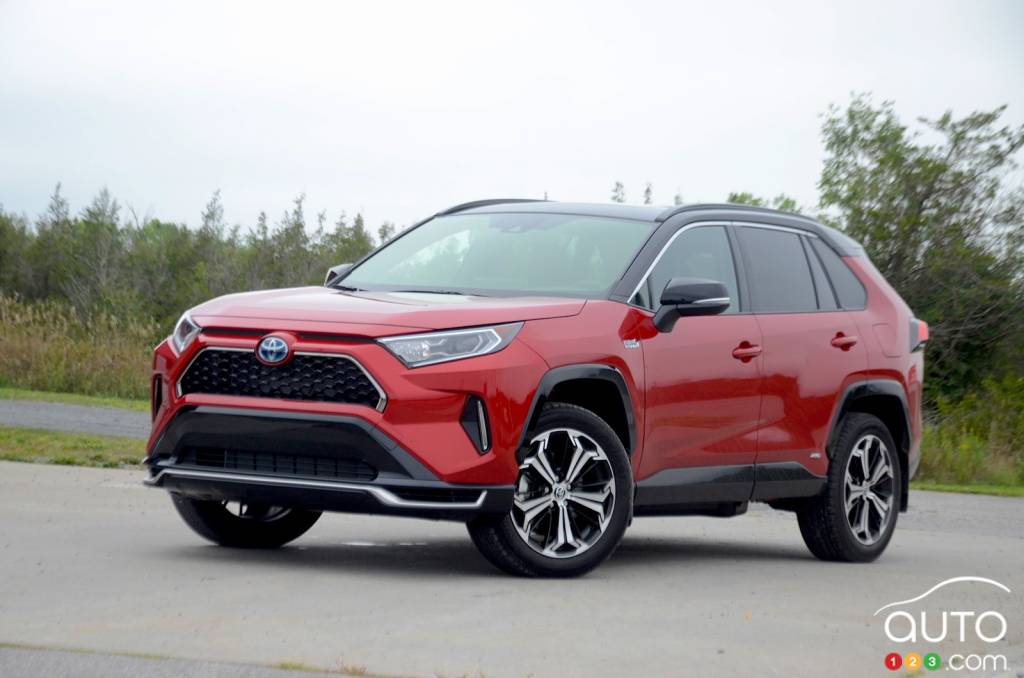 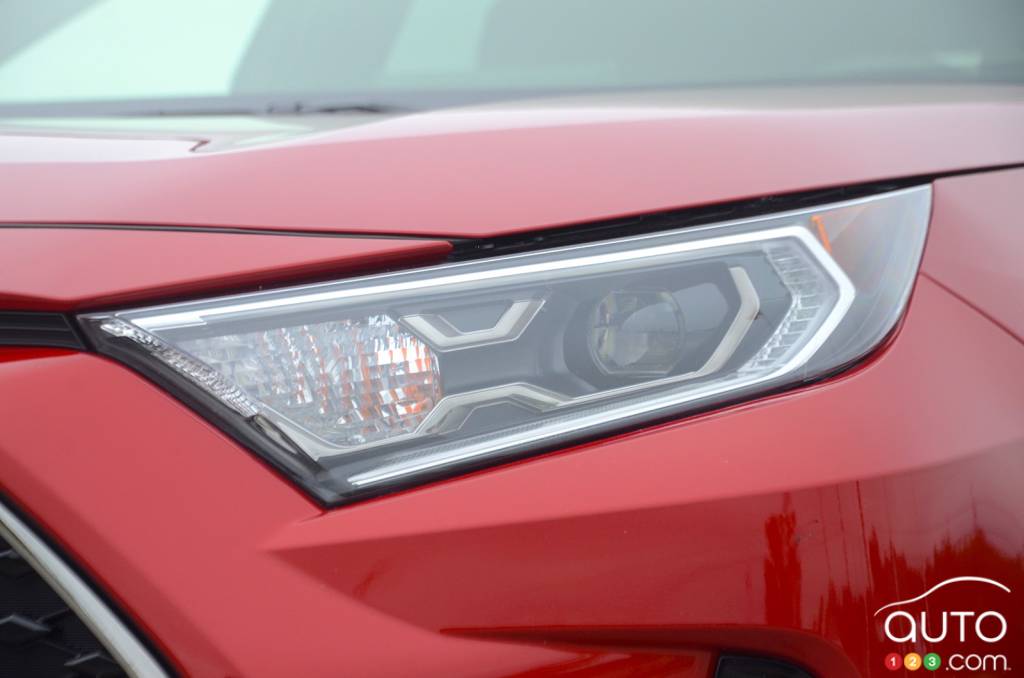