Toyota lights up the Los Angeles Auto Show with the debut of the 2021 Toyota RAV4 Prime, the plug-in hybrid version of the popular SUV

Los Angeles, CA – It was barely a year ago that Toyota introduced the 5th generation of its newest RAV4. Now manufactured in Canada, the compact SUV is so popular with consumers that Toyota struggles to keep up with demand. Now Toyota is introducing the new version of its RAV4 model, one using a plug-in hybrid formula.

302 horses from a 4-cylinder
The RAV4 Prime uses a modified version of the 2.5L 4-cylinder Atkinson cycle gasoline engine found in the hybrid version. It develops 176 hp and produces 168 lb-ft of torque at 2,800 RPM. Supplementing this gasoline engine are two more-powerful generators, a new 17.8 kWh high-capacity lithium-ion battery and a backup converter.

The 2021 RAV4 Prime gains 83 hp over the RAV4 hybrid and offers a combined 302 hp, making it the most powerful vehicle in its segment.

Projected acceleration from 0 to 100 km/h is 6 seconds, faster than that of the RAV4 hybrid (7.8 seconds). As for fuel efficiency, it’s far superior to that of all other luxury/high performance SUV models currently out there. Interesting fact, the RAV4 Prime runs on regular gasoline.

More than 60 km of range
Just as interesting, Toyota announces a range of 62 km in electric mode. As well, the RAV4 Prime uses the same version of the on-demand electronic AWD as the RAV4 hybrid. On both models, a separate rear-mounted electric motor powers the rear wheels when needed.

The system also minimizes understeer and improves steering stability. In off-road driving, the AWD translates into powerful uphill performance. A driver-selectable Trail mode allows you to escape from difficult situations by applying the brake to the spinning wheel and sending the torque to the wheel with the best grip.

SE and XSE versions
The SE version is new for the fifth-generation RAV4 Prime, while the XSE was until now exclusive to the RAV4 hybrid.

The SE displays a sporty personality with painted, machined alloy wheels, an exclusive design grille and a lower front bumper deflector. The exterior style is completed by black piano trim and a black grille and spoiler.

The XSE version of the RAV4 Prime is differentiated via its two-tone exterior paint with a black roof that includes a choice of colours, including the spectacular Supersonic Red, available for the first time on the RAV4. The exclusive 19-inch alloy wheels, the largest ever on a hybrid RAV4, feature two-tone paint.

Vertical LED strip lights give the XSE a distinctive look, while the optional auto-leveling adaptive front lighting system automatically adjusts the orientation of the headlamps according to the vehicle's path, especially when cornering.

Inside
The XSE comes with SofTex synthetic leather seating surfaces, wireless charging for smartphones, mood lighting, an auto-dimming rearview mirror with integrated garage door opener and the largest screen multimedia ever installed in a RAV4.

No price yet but nice discounts for Canadians
The 2021 RAV4 Prime is expected at dealers in the summer of 2020. Toyota has not yet announced pricing, but we can already tell you that the 17.8 kWh battery will give you the full $8,000 EV rebate in Quebec. If the price starts under the $45,000 mark, you can add the $5,000 from the federal government’s incentives program.

Thus arrives a model that brings together power, fuel economy, sufficient range and renowned reliability. It will be hard to beat. 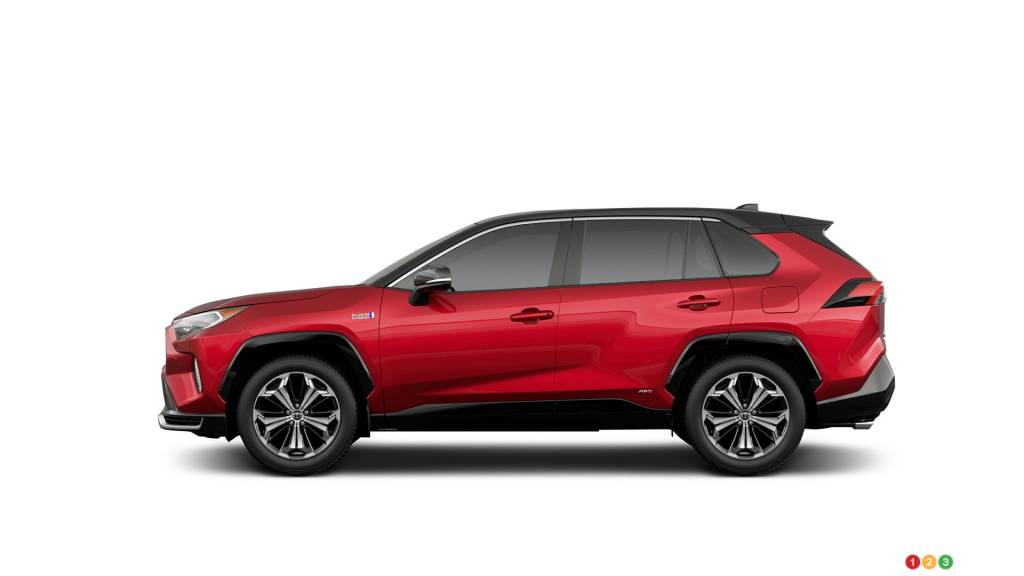 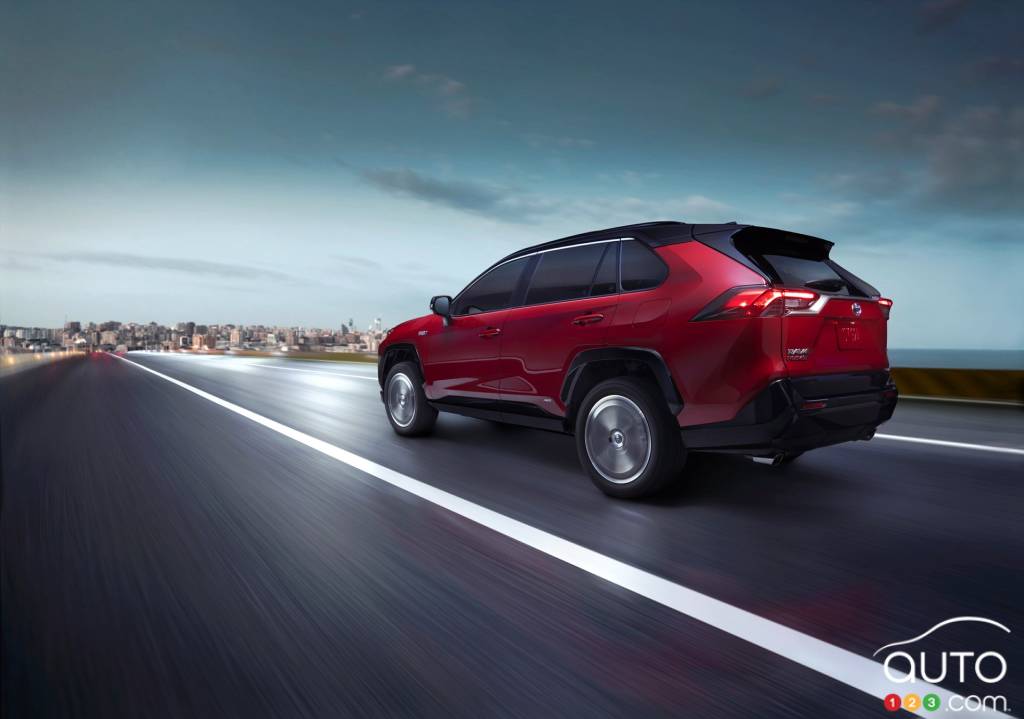 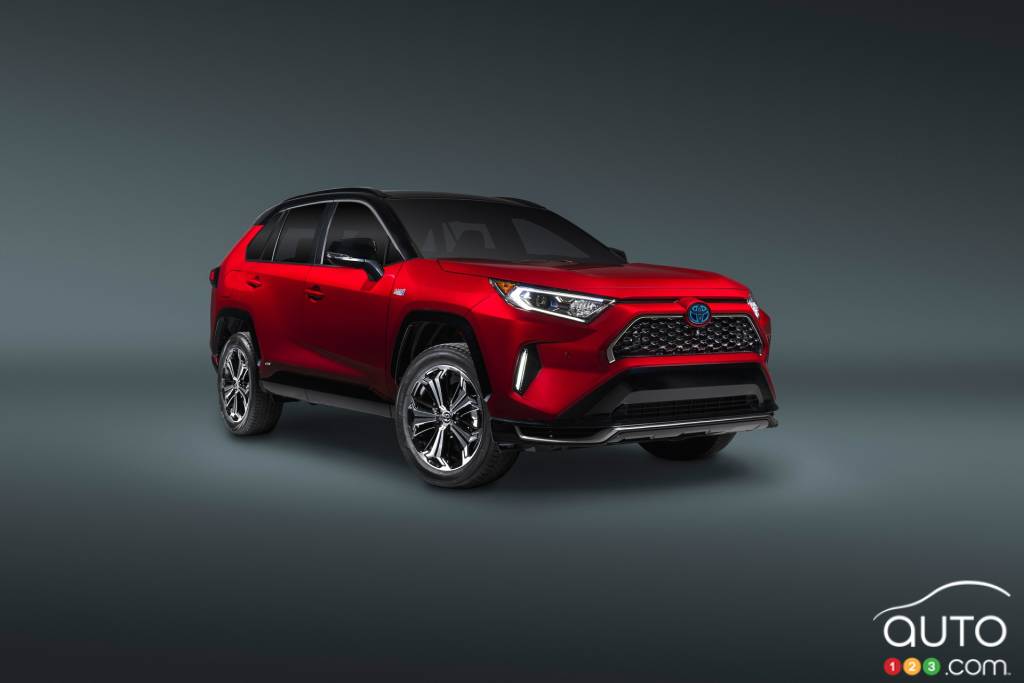