Some 2020 Toyota Supra owners will probably find this news to be not so much music as discordant noise in their ears. Toyota has announced that the 2021 version of its revived sports model will benefit from a more-powerful 6-cylinder engine, and that a 4-cylinder turbocharged engine has been added to the family as well. In addition, the level of standard equipment has been improved and the chassis has been revised for the Supra’s second year on the market.

The pricing also promises to be lower, but most likely only as it applies to the 4-cylinder engine version.

We think we can already hear some current Supra owners grinding their teeth.

4-cylinder
The new base version of the Supra will be powered by a 2.0L, 4-cylinder turbocharged engine making 255 hp and 295 lb-ft of torque. All of that power is sent to the rear wheels via an 8-speed automatic transmission. There's no manual transmission in the lineup. 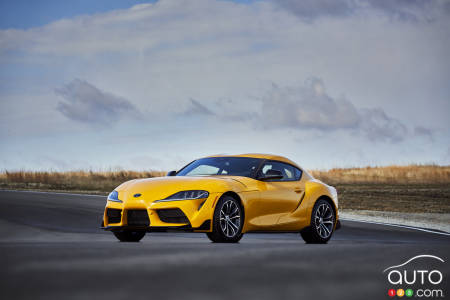 The model loses 200 lb with this mechanical configuration. In addition to the reduced weight of the engine block, gains were made with the presence of smaller 13-inch brake discs with single-piston calipers, as well as the absence of an active rear differential and adaptive suspension. On board, the audio system has 4 speakers instead of 10, and seat adjustments are manual rather than electric.

6-cylinder
As for the 6-cylinder engine, it now produces 382 hp instead of 335 with last year’s powertrain. As for torque, the gain is more modest, with 368 lb-ft compared to 365 last year. Toyota explains that the power gain is attributable to a new six-port, two-branch exhaust manifold (last year's model had two ports), revised thermal management and a new piston design that reduced engine compression from 11:1 to 10.2:1.

The gain takes performance to a new level, with a 0.2-second gain at 0-97 km/h acceleration. The official time is now 3.9 seconds. 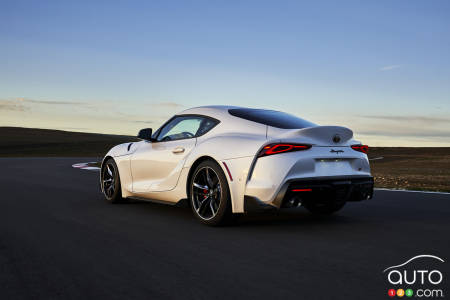 Toyota also modified the chassis of the 6-cylinder models with aluminum reinforcements from the radiator to the struts, new front and rear stops and updated shocks. The electric power steering, adaptive suspension, stability control and active rear differential have all received revised programming to work with the improved reinforcements and suspension.

Toyota has not announced a price for the model. We're guessing that the promised reduction will be in effect only on the 4-cylinder engine version only, but we'll have to see if the 6-cylinder variant also benefits from an adjustment.

One thing's for sure: while the changes are welcome, they're already fueling debate. 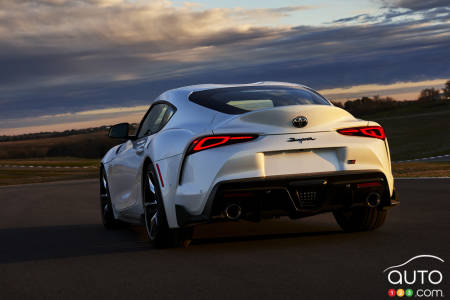 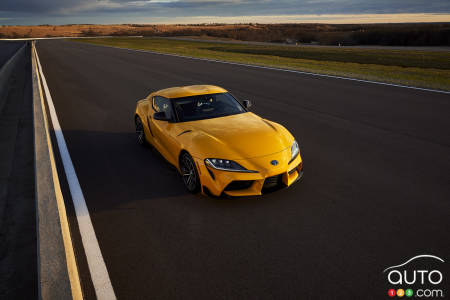 Confirmation of a 4-cylinder Toyota Supra Rumoured to Be ...

A new report indicates that Toyota will announce the arrival of a 4-cylinder Supra within the next week. Confirmation could come as part of the events surrou...