BMW has rolled out its revised 2022 BMW 2 Series model, and along with the absence of the famous/infamous oversized double-kidney grille seen on the 4 Series, the biggest news is the new 2’s greater power and increased dimensions.

Normal-sized grille it might have, but the new 2 Series still has distinctive elements, for instance its sharp-toother headlights, big fenders and longer nose. Both the 230i and M240i variants are longer overall (by 8.9 cm and 10.9 cm, respectively) and wider overall (by 6.6 cm) than the previous 2 Series and have a longer wheelbase (by 5.1 cm). Year and year out, BMW’s cars continue to get longer and bigger. 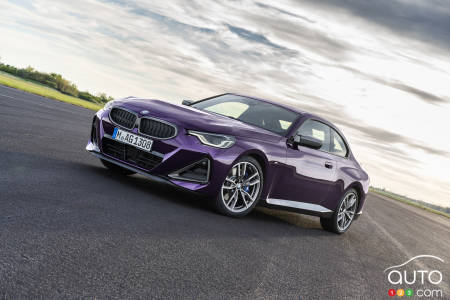 The powertrains
As mentioned, there are 230i and M240i variants of the 2022 2 Series in the product offering. The base models get a turbocharged 2.0L 4-cylinder good for 255 hp and 295 lb-ft of torque; this represents an increase of 7 hp and 37 lb-ft of torque. The M240i models are fitted with a turbocharged 3.0L six-cylinder turbo engine delivering 382 hp and 369 lb-ft of torque, a boost of 47 horses over last year, but virtually the same torque-wise.

Both RWD and AWD configurations are possible, and in all cases the transmission is an 8speed automatic – which means, of course, the manual gearbox is no longer an option. Weight distribution in the model is close to 50-50, the front getting just a touch more than half the weight. 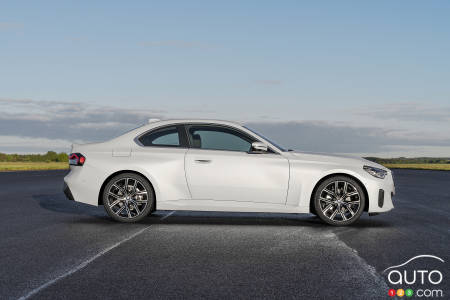 The first two versions available at launch will be the 230i RWD the M240i xDrive AWD, with the 230i AWD and M240i xDrive RWD following later. No pricing as been announced, but we can expect that this fall as the model’s November launch approaches. 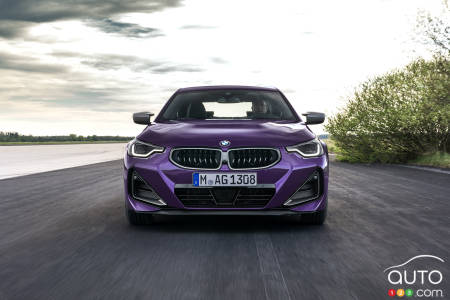 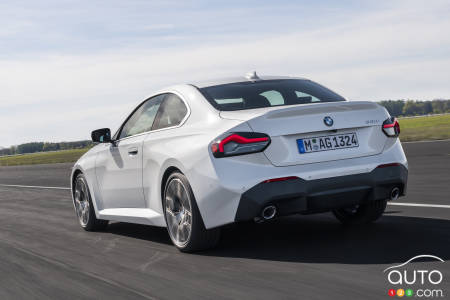 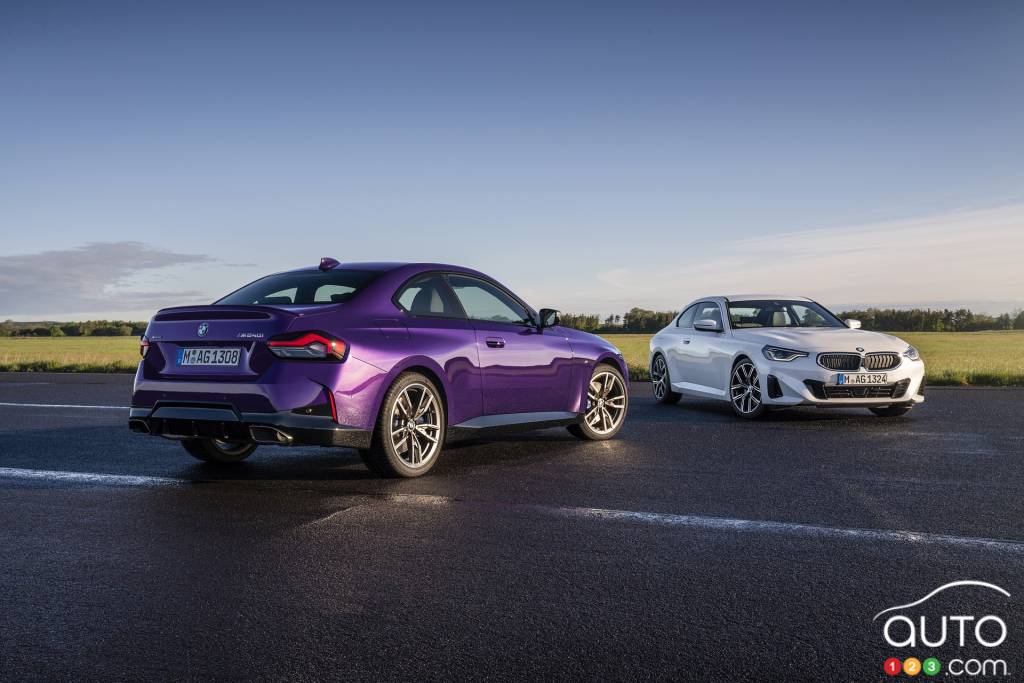 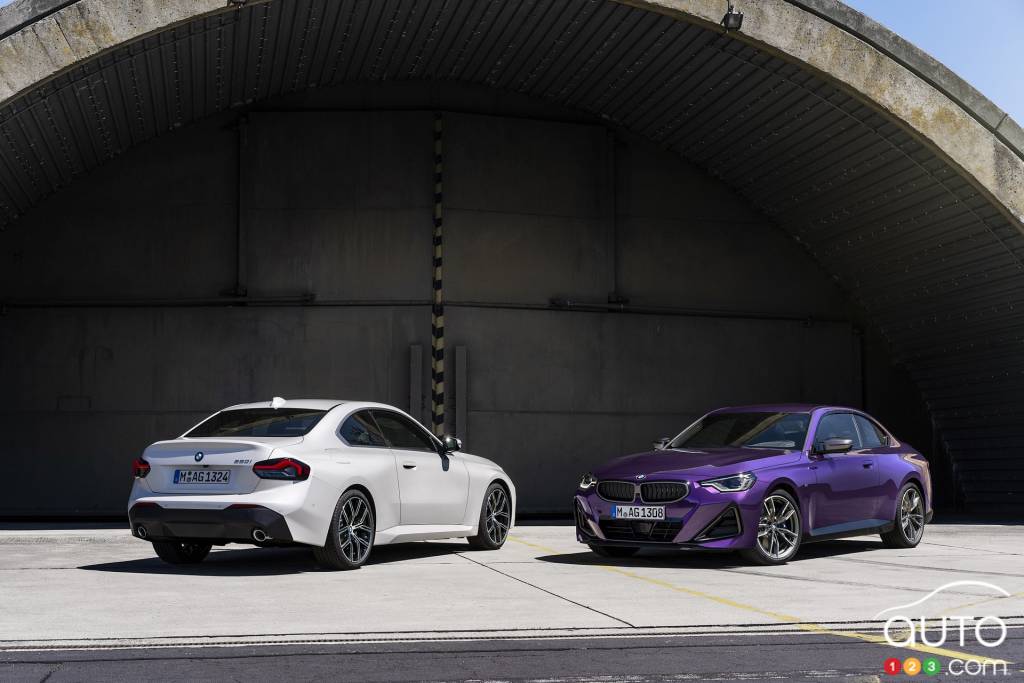 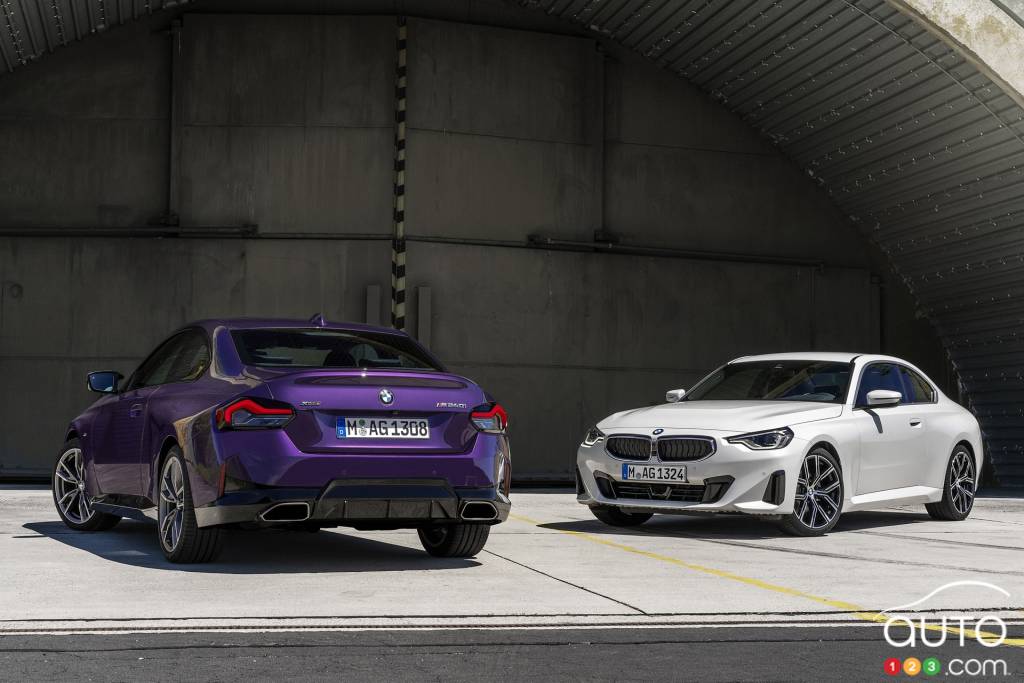 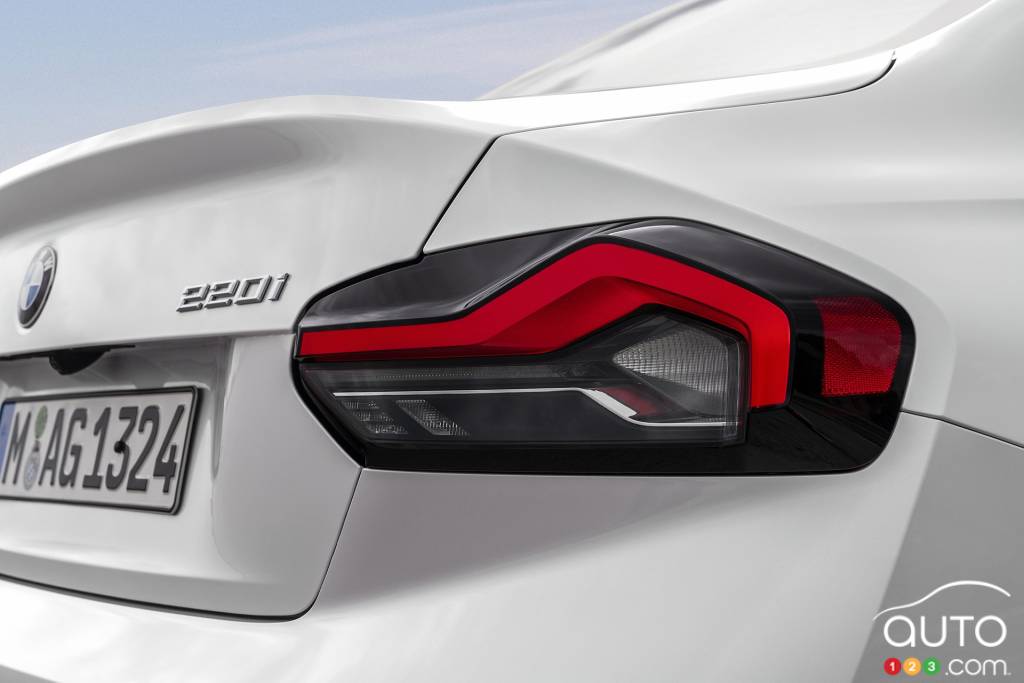 More Power, Other Improvements for the Porsche Macan for ...

Porsche is offering a revised and improved Macan for 2022. Among the changes are an increase in power for each of the three variants on offer, as well as twe...