Just as Genesis' first SUV, the GV80, gets set to make its commercial debut, its smaller sibling got its unveiling today. Hyundai's luxury brand has just unveiled the next utility model to join the family: the 2022 Genesis GV70.

Considering its more compact size, odds are that this new SUV could quickly become the brand’s top-selling model. At the same time, the GV70 will have its work cut out for it, as it will compete head on with heavyweights like the Audi Q5, BMW X3 and Mercedes GLC.

No decision has been made regarding its debut date, but it’s likely well see the GV70 in dealerships at some point in 2021. Remember that Genesis Canada announced this summer that the brand plans to introduce at least two new models annually over the next three years. The GV70 is the first of them. 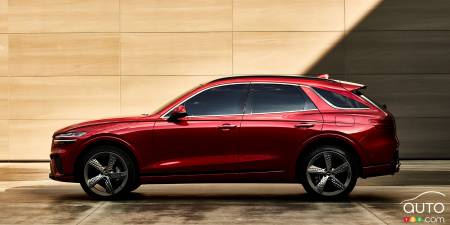 At first glance, the model is truly spectacular. It bears the same stylistic traits seen on the company’s other new models and the design signature, it must be said, pretty beguiling. The headlights and lights are similar to those of the G80 and GV80. The GV70 should also use the same platform as the G70, which means that the same engine and mechanical configurations can be expected.

Inside, the presentation is welcoming and plush, and of particular note is the inclusion of many oval shapes, which creates a remarkable visual environment. We love it. A huge multimedia screen is mounted on the dashboard and its menus are accessible via a thumbwheel located on the centre console. The GV70 will be limited to five seats, leaving the seven-seat format exclusively to the new GV80. 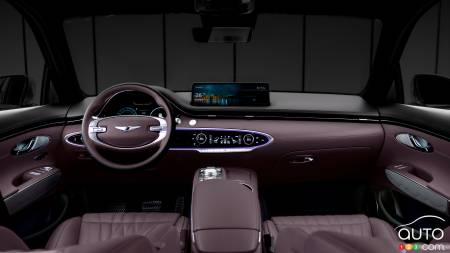 The first photos released show a regular version of the GV70 dressed in brown and in silver, as well as a red Sport model with different wheels and exterior and interior trim. Details about the powertrain are not yet known, but a 2.5L turbocharged 4-cylinder good for about 300 hp is expected to be available in the base version, while the Sport variant could benefit from the company's 3.5L twin-turbo V6 that delivers around 375 hp.

Of course, we'll have more information on model specifications and pricing for the versions that will be offered here in the coming months. We can expect the model to take on the German kings of the category head-on, starting with an aggressive price range. 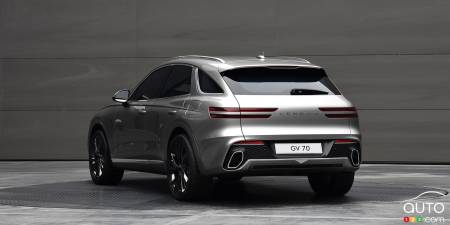 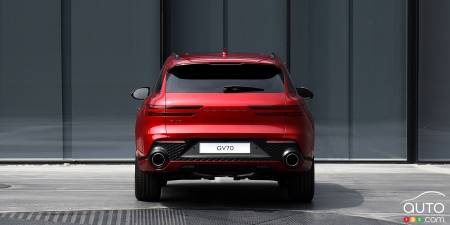 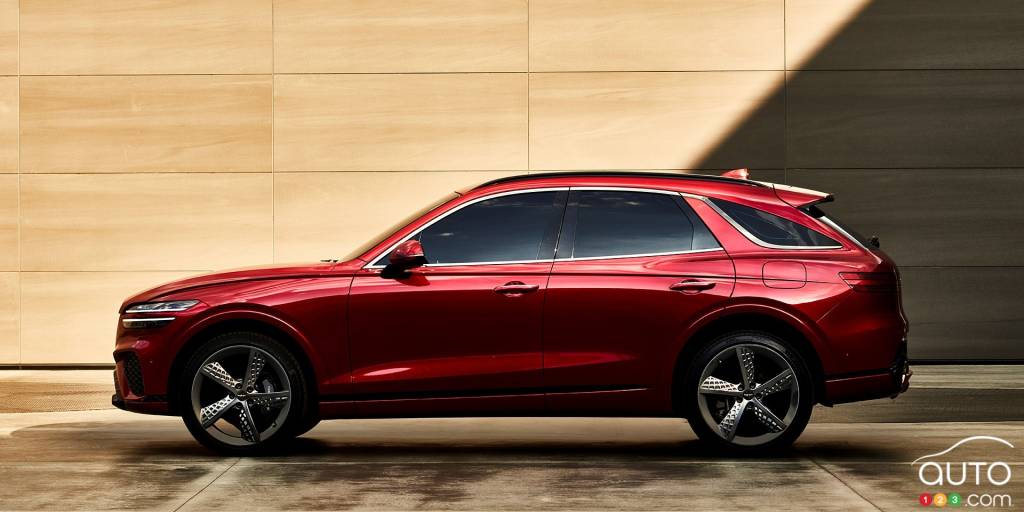 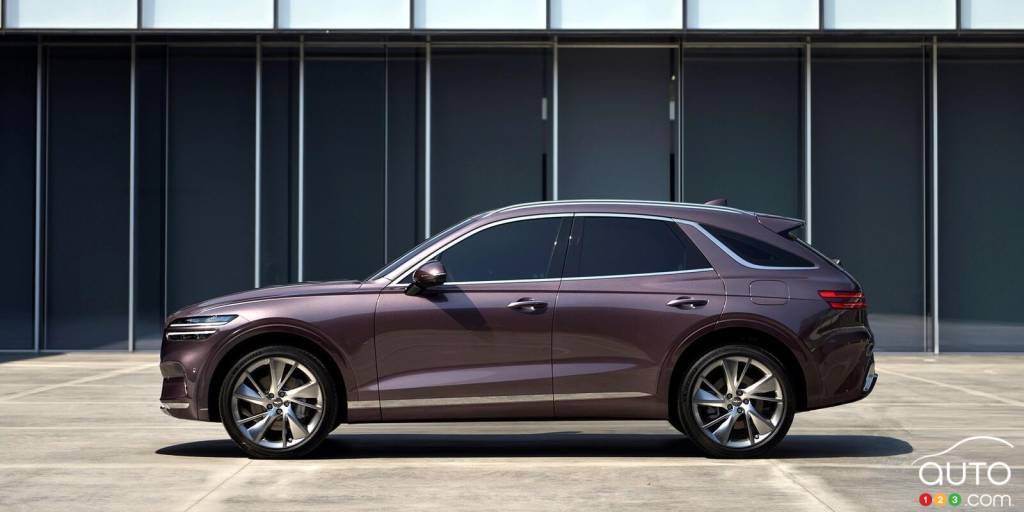 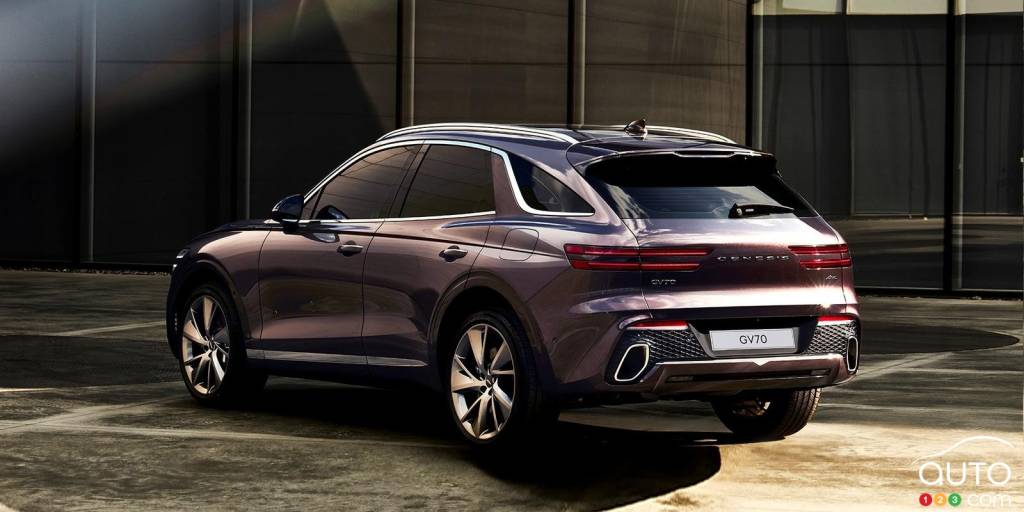 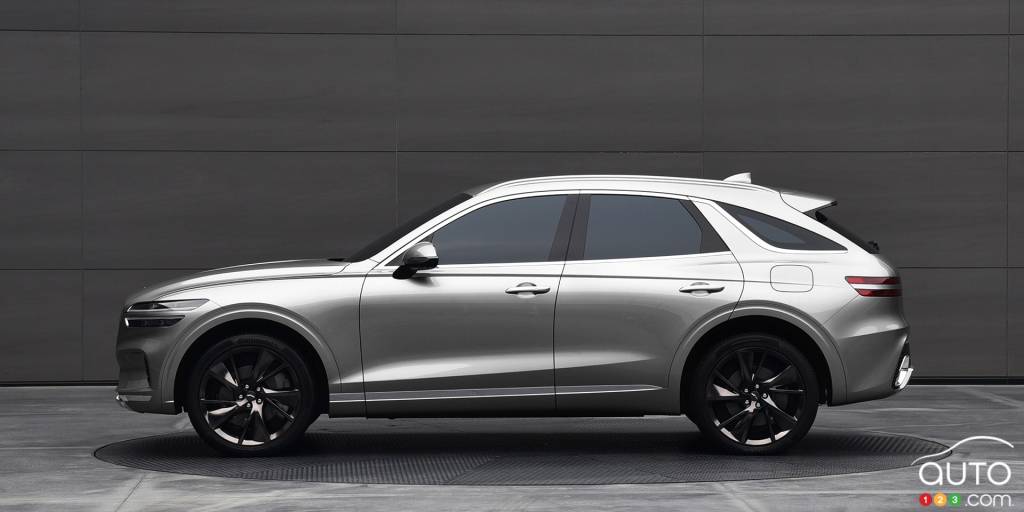 Genesis Previews its Next Project: The 2022 GV70 Compact SUV

The 2022 Genesis GV70 compact SUV has just been previewed on its Korean maker’s native soil. Images of the camouflaged model show a smaller, rounder compleme...