For all its troubles in recent years, the compact car segment is not dead. With a stronger-than-ever Toyota Corolla, a redesigned Honda Civic and a no-nonsense Hyundai Elantra duking it out in the category, there's still plenty to satisfy customers who are still looking for an affordable transportation solution.

Add to this list the 2022 Kia Forte. For the new year, the model benefits from several improvements to help keep it relevant in its segment. This is a mid-cycle revision for the Forte, the current generation of which dates to 2019.

Note that the information Kia provided for the new model-year Forte comes out of the U.S., and so small differences are possible for Canada in terms of the equipment. 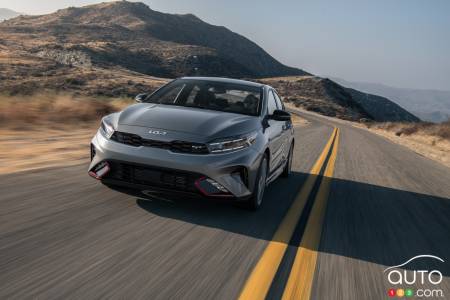 The exterior
The changes do include re-touches of the styling, which is updated and brought into line with the designs of other recent Kia models. That means, for instance, a redesigned grille that's narrower than before, adjustments to the exterior lighting, reworked front and rear bumpers and new wheel designs.

Also, a trunk-mounted spoiler is now available. On GT versions, the Forte will wear new LED fog lights, which are recessed into the lower part of the grille. New lights also mark the style of these variants. 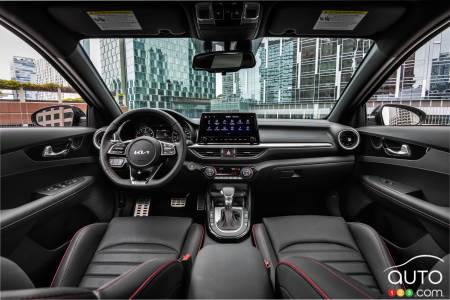 The interior
A new centre console sits between the seats and you can say goodbye to the good old hand-brake, now replaced by an electronic unit. Less fun in winter driving, to be sure, but the change does deliver more storage space. Leatherette upholstery is now an option, as is a USB port in the back for charging smartphones. The standard multimedia system still has an 8-inch screen, but it now includes wireless connectivity for Apple CarPlay and Android Auto apps. A larger 10.3-inch screen is optional and includes navigation.

Safety
There are improvements to several driver assistance features. Basics like automatic emergency braking and lane keeping assist were already standard, but a lane keeping assist feature also joins the spec sheet this year. The automatic emergency braking system has been upgraded to watch for pedestrians and cyclists, and the rear cross-traffic alert system can now apply the brakes if the driver appears to be backing up while an obstacle is present.

New adaptive cruise control is now available. It uses navigation data to anticipate upcoming turns and automatically slows down accordingly. This feature is already used on some Kia and Hyundai models and also monitors posted speed limits. In addition to this new feature, the Forte can also be ordered with a system that can warn the driver if it is unsafe to exit the vehicle, for example if a cyclist is approaching quickly. 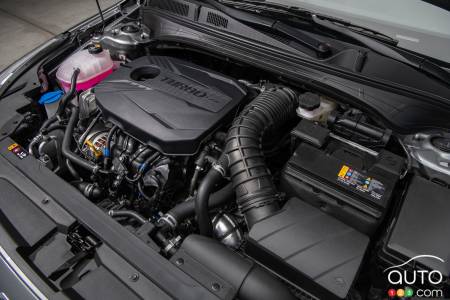 The mechanics
Here, the offering is unchanged. Most models are powered by the 2.0L 4-cylinder engine good for 147 hp and 132 lb-ft of torque. The engine's work is combined with that of a continuously variable automatic transmission (CVT). For more pep, GT versions are still offered with the 1.6L turbocharged 4-cylinder, this time capable of 201 hp and 195 lb-ft of torque. A 7-speed dual-clutch automatic transmission and a 6-speed manual transmission are the two choices. 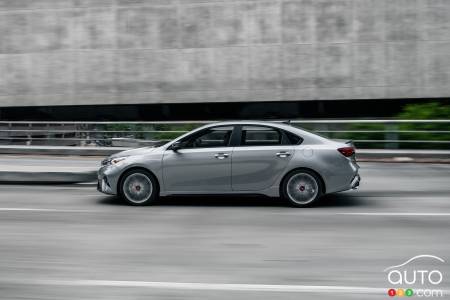 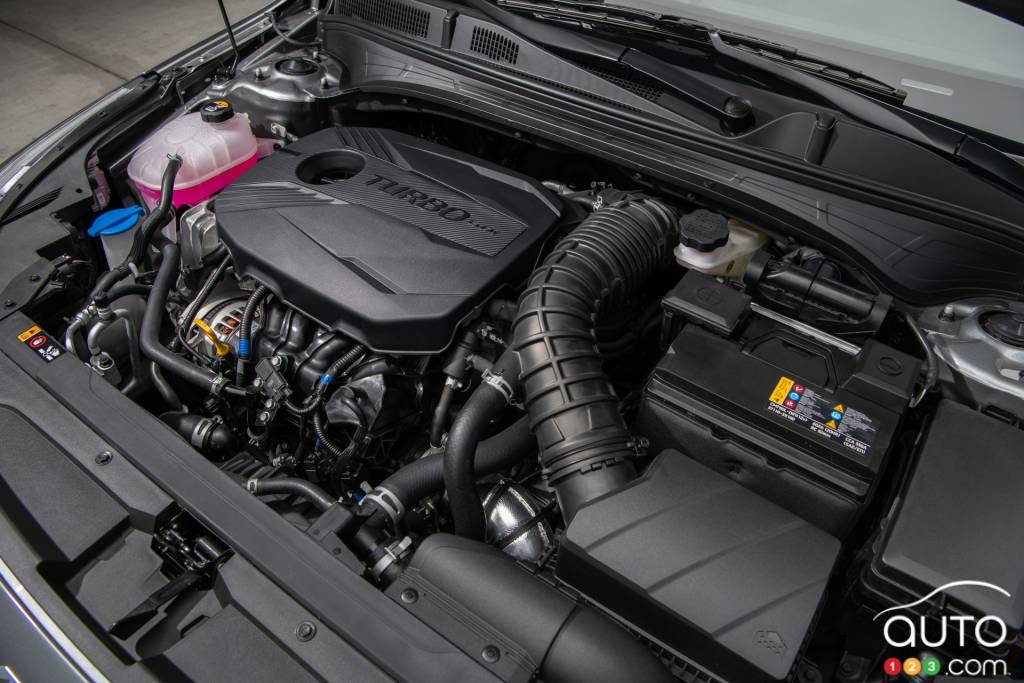 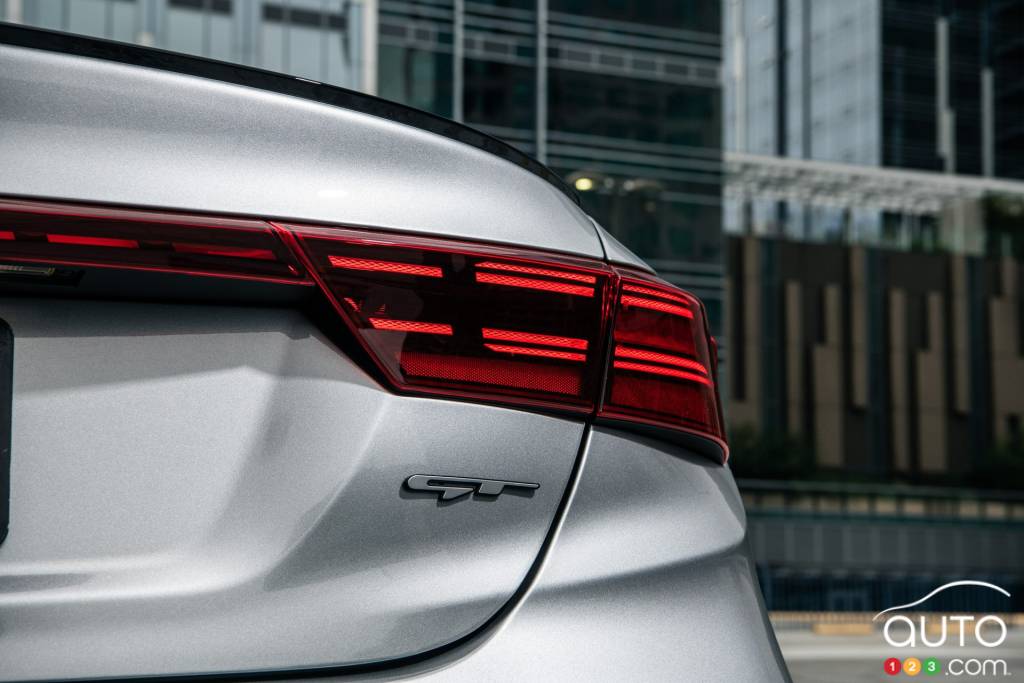 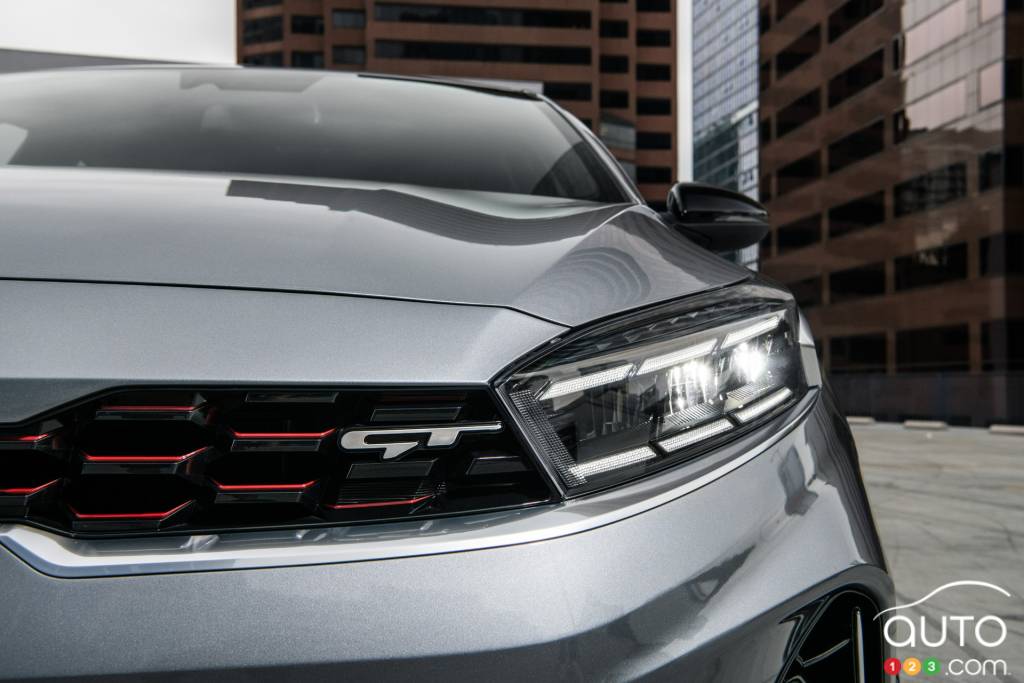 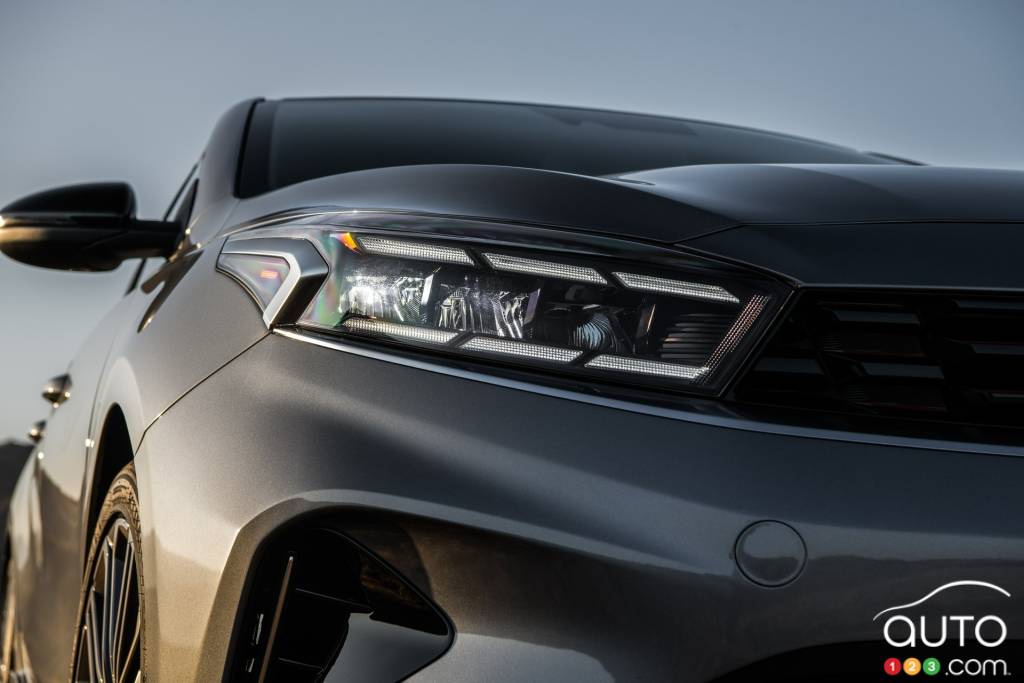