Do you remember when was the last time the Nissan Frontier was completely redesigned? No? Well, neither could I. I had to go have a look, and it was in 2005. 16 years ago. Which in today's automotive world represents three or even four generations of vehicles. It was time, as they say.

Everything’s different
The ancestor of the Frontier is a small Datsun truck that arrived in 1959. So you can say that Nissan has 60 years of truck-manufacturing experience under its belt. The new Frontier, arriving this summer as a 2022 model, is a beneficiary of that. The general style is more massive, more square. We can see that the wings are more vertical and the truck benefits from a new headlight design. The Frontier is still built on a fully boxed ladder frame that gives a towing capacity of 2,944 kg.

A new engine
The old 4.0L V6 that used to guzzle like a V8 is finally retired and makes way for a 3.8-litre V6. While this engine is a little smaller, it delivers; the 261 horsepower of the old 4.0-litre is increased to 310 horsepower with this new engine, which becomes de facto the most powerful in the segment. You also get 281 lb-ft of torque. The engine s mated to a modern 9-speed automatic transmission. For those who might be wondering, there's no manual transmission.

However, if you want to play in the sand or mud, this Frontier offers standard all-wheel drive for all models in Canada. The US market gets a Pro 4X 2WD model that we won't, but in revenge, we have a King Cab Pro 4X model with all-wheel drive that will not be sold south of the border. So there.

A promise of better handling
To be honest, it's no big feat for the new Frontier to drive better then the old one. That said, let's be realistic, most of owners' time behind the wheel will be spent on the road, not off it. And so, Nissan has readjusted the hydraulic rack-and-pinion steering for 2022 to give a better feeling of centering, thus reducing driver fatigue on long trips. The steering transmission ratio has been increased by 16 percent, allowing faster response with less steering effort.

If you choose the Pro 4X version, you get an electronically locked differential, Bilstein off-road shock absorbers and underbody skid plates for the toughest off-road adventures. Nissan has also added new hydraulic cab mounts that reduce road vibration by up to 80 percent, while new class-leading urethane bumpers provide better damping for a smoother ride.

There are four fixed tie-down hooks to secure equipment of all shapes and sizes. Also for the first time ever is a tailgate assist function, standard on all models, that gently lowers the gate. On the back of the bed are two standard rear-mounted stop lights and two new optional LED cargo box lights.

Another new feature is the Trailer Sway Control System, also standard. It detects sway and automatically applies the brakes to eliminate it, allowing you to tow with confidence.

A transformed interior
The cabin is just as new as the outside. A 9-inch colour touchscreen with Apple CarPlay and Android Auto, available as standard on all models, sets the table and sits in a new centre console that is simplified and intuitive. You also get a configurable 7-inch screen in front of the driver.

Even the choice of versions is straight-forward. All Frontiers come in 4WD; then you have the King Cab models in S, SV and PRO 4X versions and the Crew Cab in SV and PRO 4X versions with a 5- or 6-foot bed. Nissan has also made an effort to offer more storage in the passenger compartment with 4 litres of space in the centre console as well as 5.7 litres of storage in the rear door pocket and 6.5 litres in the front door pocket. Storage is also provided at the top of the dashboard.

And let's not forget the tech
Like it or not, it's 2021 and technology is now an integral part of every new vehicle; and the Frontier was way behind in that regard. So it's a big catch-up session for the 2022 model.

Without going into too much detail, there are a few exciting new features, such as wireless smartphone charging and the NissanConnect system with WiFi access point, standard on PRO-4X models, that keep the driver and passengers as connected a they want to be. To help with that, two front USB ports (one A-type and one C-type), two 12V outlets at the front and the Siri Eyes Free system are standard on all models. Two 110V outlets with a 400-watt capacity - one in the rear, the other in the bed - are available on SV models and standard on PRO-4X models, allowing users to easily power a wide variety of indoor and outdoor devices.

A Fender audio system with 9 speakers is available on the PRO-4X Crew Cab model. You also get the first application of the Nissan Intelligent Around View monitor with Moving Object Detection and Off-Road mode. Nissan was the first automaker to offer the Around View Monitor, which creates a bird's eye view by assembling views from four cameras mounted outside the vehicle. You can see where you're going at low speed in narrow trails - pretty convenient.

All you have left to do is choose your colour from Ice White, Green Metallic, Black, Alert Red, Cardinal Red Metallic Tri-Coat, Deep Blue Pearl, Storm Blue, Tactical Green Metallic and Block Grey Pearl. You even get optional colours that include: Charcoal and the PRO-4X Charcoal with Lava Red. 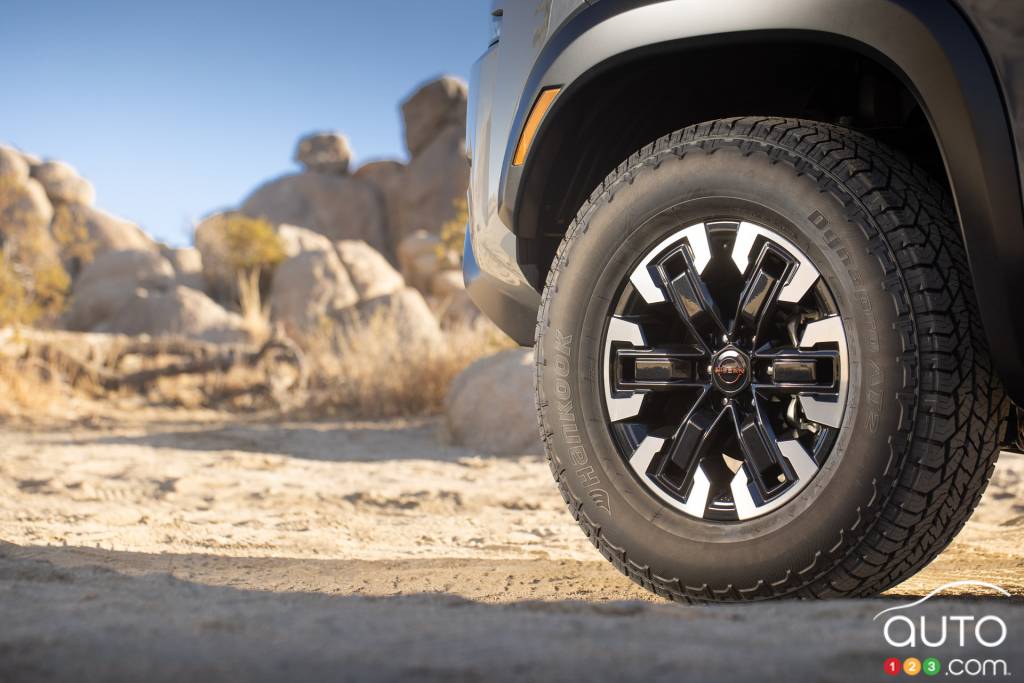 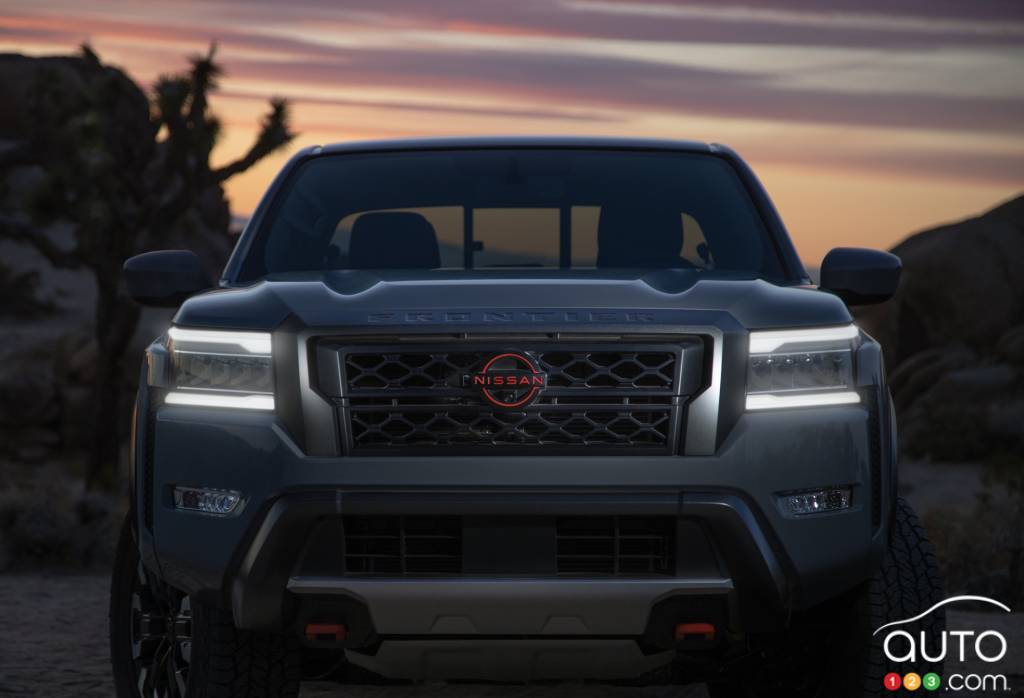 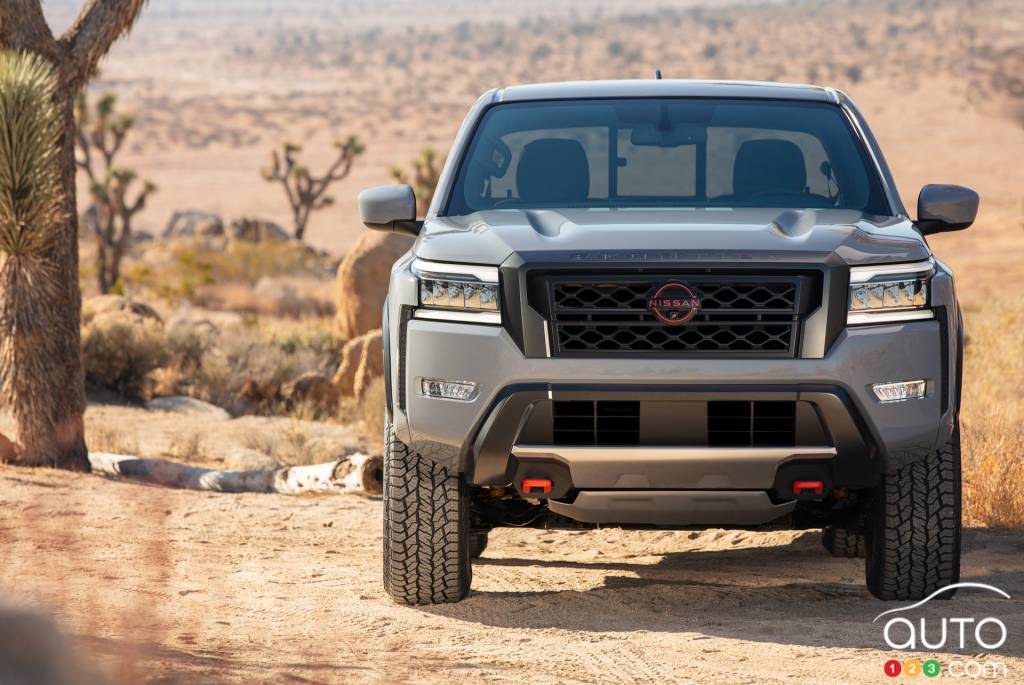 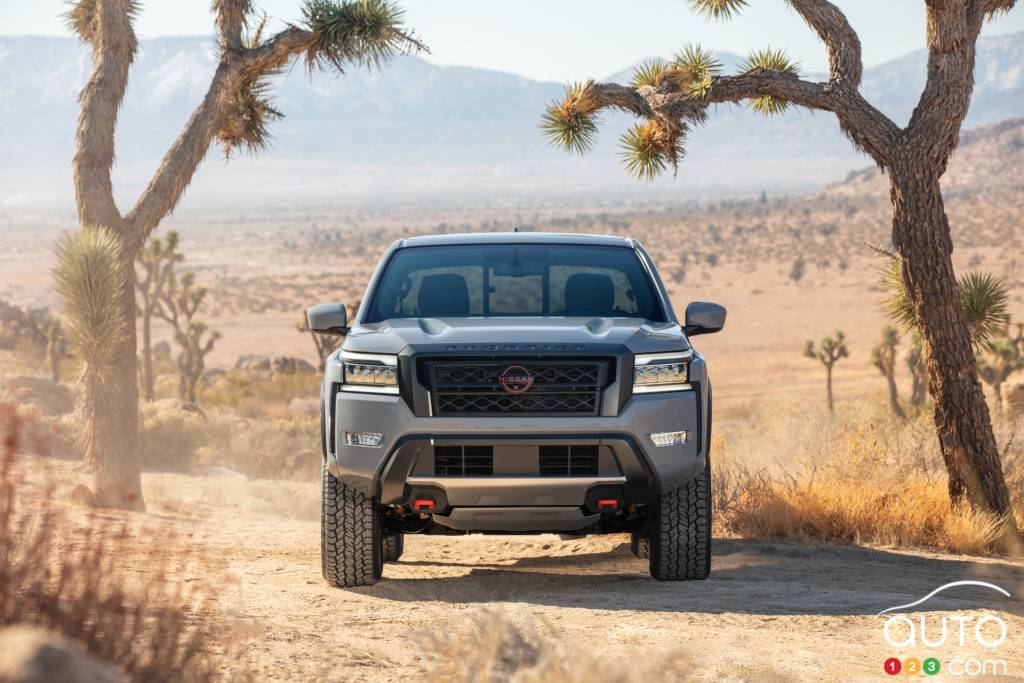