Long an alternative option for working folks for whom a big pickup was more than they wanted or needed, midsize light-duty trucks have over the years become vehicle to be used for recreation, for instance for high-tailing it to a favoured campsite and getting a tent draped over the cargo bed, or for hauling the gear needed for a weekend of outdoorsing.

In service since the 2005 model year, the outgoing Nissan Frontier was the doyen of this increasingly adventure-focused segment. Yes, 2005. Which meant the Japanese pickup was having an increasingly hard go of it hiding its wrinkles. Nissan's decision-makers made a no-brainer of a decision and gave the Frontier a well-deserved overhaul.

That said, we're not talking about a revolutionary transformation for the 2022 Frontier. But it’s enough that the model can at least boast of being equal or even superior to some members of its category.

Finally, a worthy design
Compared with cars and SUVs, pickups can often live longer with their wrinkles when it comes to design, but the problem for the Frontier was that it wasn’t really in the game, and hadn’t been for a while. Those little annual tweaks just weren't fooling anyone anymore.

Water under the bridge, as they say. The new model is much more muscular-looking, leading with a bumper that has no relation to what sat there before. The massive front grille looks like it might belong on a piece of heavy machinery, an impression helped along by its matte black colour, while the brand's crest and those red painted rescue hooks add a bit of jazz to the snout. It’s all more dramatic and in-your-face. I like the new signature headlights up front with LED daytime running lights, and the hood that sends an extra message that this Frontier can go anywhere. Same goes for the square fenders.

The cab portion is more restrained, but fortunately, the design of the running lights, with their LED lighting, is a conscious nod to the headlights up front. Dressed like this, the new Frontier is ready to travel the next few years with confidence.

In PRO-4X version - the best dressed of the lineup, and the model we drove - the new Nissan Frontier can be equipped with either a long bed (72.6-inch) and King Cab or a short bed (58.9-inch). Note also that the interior space costs more than the cargo space, with the Frontier PRO-4X King Cab being almost $2,000 less to buy.

What about the interior?
As good as the evolution of the exterior styling is, things are even better inside. The new dashboard likely won’t win any design awards, it’s true, but the improved ergonomics and the presence of several traditional buttons will please many. There are a few controls from the past still lurking here and there, but the centre screen alone adds some life - and colour - to grey cabin’s environment.

Nissan's infotainment system isn't a first-rate performer yet, but the latest evolution of it is pleasing enough to experience on a daily basis, while the availability of Apple CarPlay and Android Auto ensures a modicum of connectivity between smart devices, the vehicle and its driver.

For the rest, those used to midsize pickup trucks won't be too disoriented, as Nissan's designers have focused on simplicity for this new version.

Behind the wheel of a real pickup
I heartily cheer the recent arrival of the Ford Maverick and Hyundai Santa Cruz, two “unibody” trucks that should, in principle, meet the needs of many motorists and finally provide some competition to the Honda Ridgeline that’s been out there on its lonesome since 2006. But for most fans of pickup trucks, nothing beats a good old-fashioned ladder chassis. For tougher off-road manoeuvres, this architecture is ideal, especially with the short version of the pickup, which is a little more maneuverable than the long-box, crew-cab versions.

One of the elements that caught my attention very quickly after taking the wheel of the 2022 Frontier was the soundproofing. The much quieter ride the new edition delivers is thanks in part to a new “acoustic” windshield. Also impossible to ignore are Nissan’s “zero gravity’ front row seats, much lauded and with reason. They are impressively comfortable and, in combination with the soundproofing, go a long way to making longer road trips quiet AND comfortable. Or at least, more than before.

Because rest assured, the Frontier still handles like a “slightly rough” pickup. That said, the presence of Bilstein shocks softens the absorption of our road's irregularities somewhat. The new stabilizer bars also contribute to the rigidity of this soon-to-be 20-year-old chassis.

Besides, some will argue that it’s precisely this "archaic" ride the Frontier offers that makes it so attractive. Amidst a slew of unibody pickups and SUVs and crossovers offering gentle-as-lamb rides, the Frontier is almost exotic with its bouncy suspension (when the cargo box is empty) or its steering, heavier than the Rogue's.

But while some elements have retained most of their DNA, others are simply brand-new. The biggest change is under the hood, as the Frontier is no longer powered by the old 4.0L V6, but rather by a more powerful and fuel-efficient 3.8L V6. With 310 hp and 281 lb-ft of torque, the new mill easily eclipses its predecessor (261 hp and 281 lb-ft) when the right foot sinks to the floor, and its musicality is far from unpleasant. As for the performance of the new transmission, a 9-speed automatic unit, it's sportier than in the past, with the transmission shifting more smoothly. In the end, the Frontier hasn't changed much, but its ride has been refined with this major redesign.

The last word
And that redesign was necessary. The manufacturer managed to transform its pickup enough to call it a generation change. The new engine is more fuel-efficient and the additional power is more than welcome, while the off-road capabilities of this PRO-4X version are on par with the competition.

It's true that the Frontier still offers a pickup truck-like ride, but that's exactly what some folks want. For those who don’t, this Nissan might not be for you; the more logical option is one of those three unibody trucks now on the market. 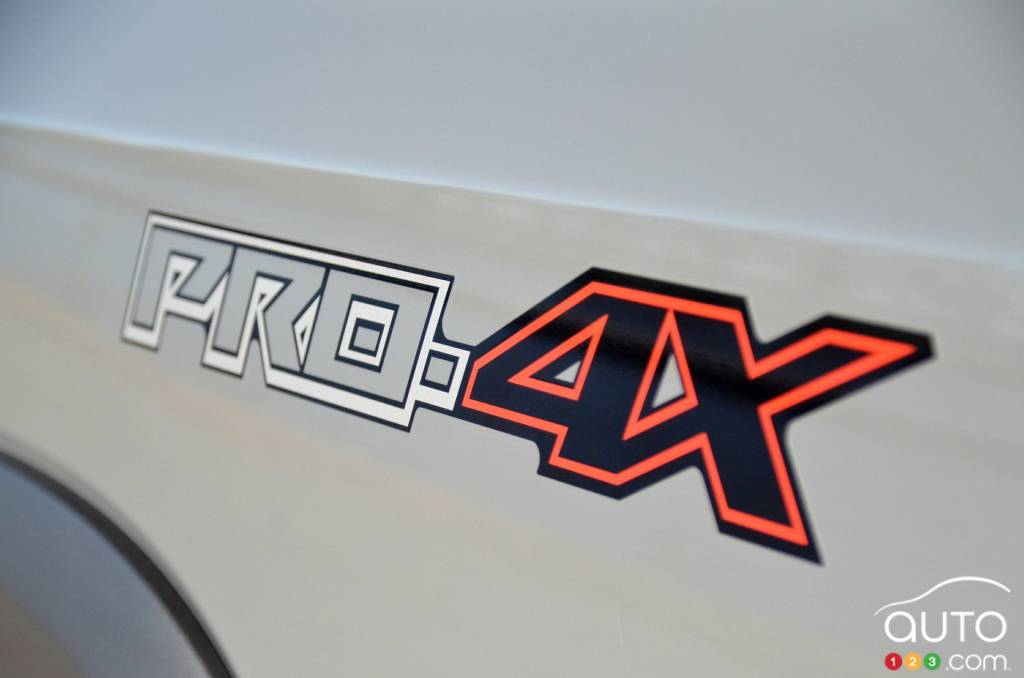 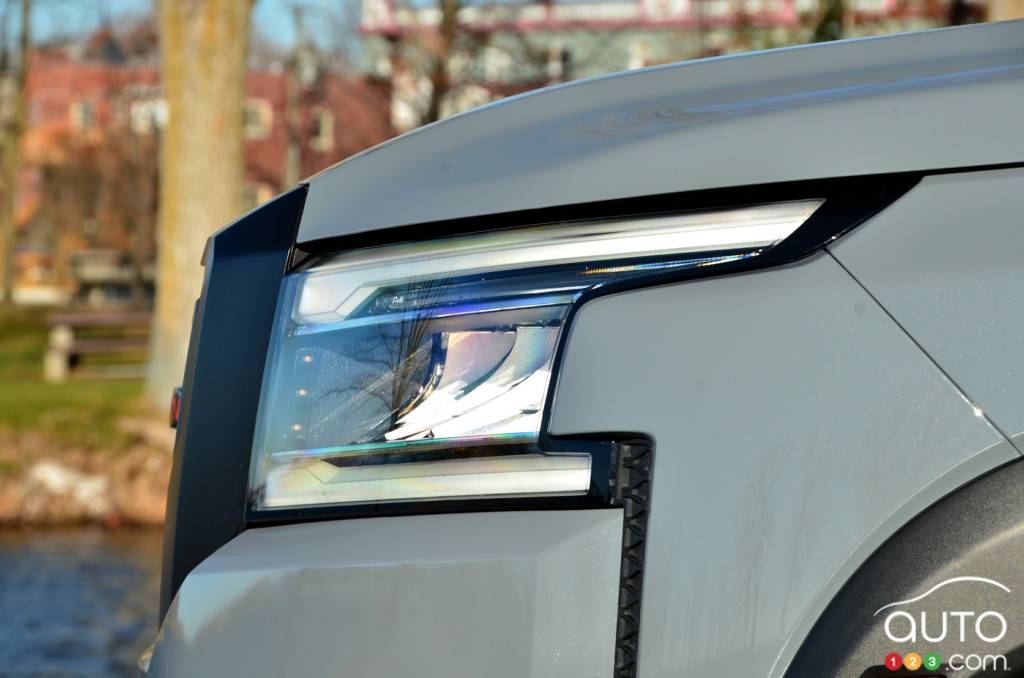 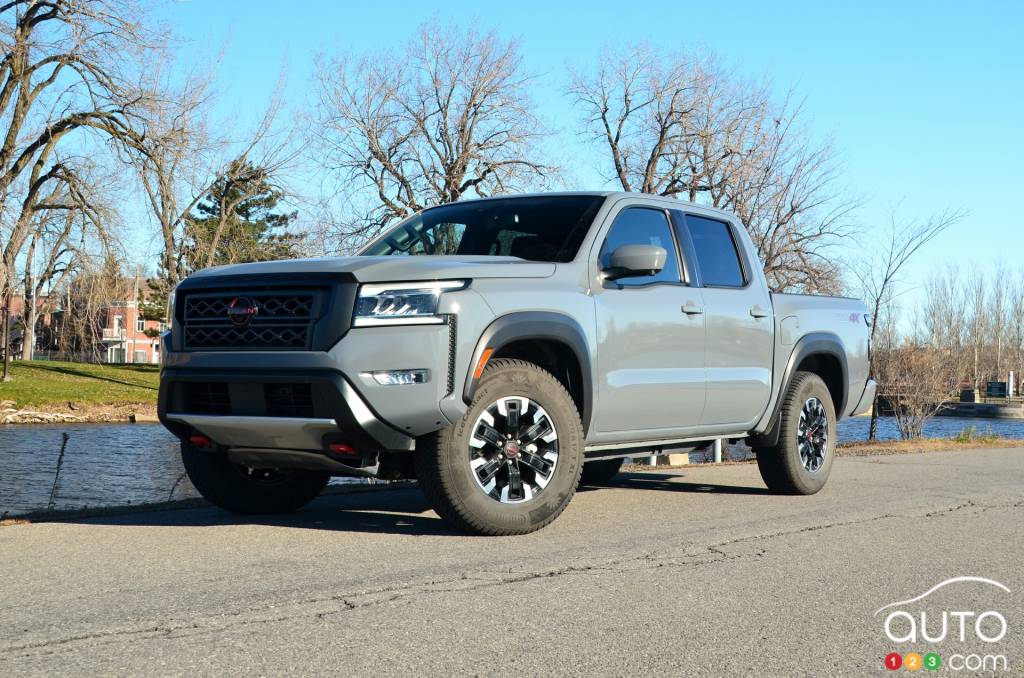 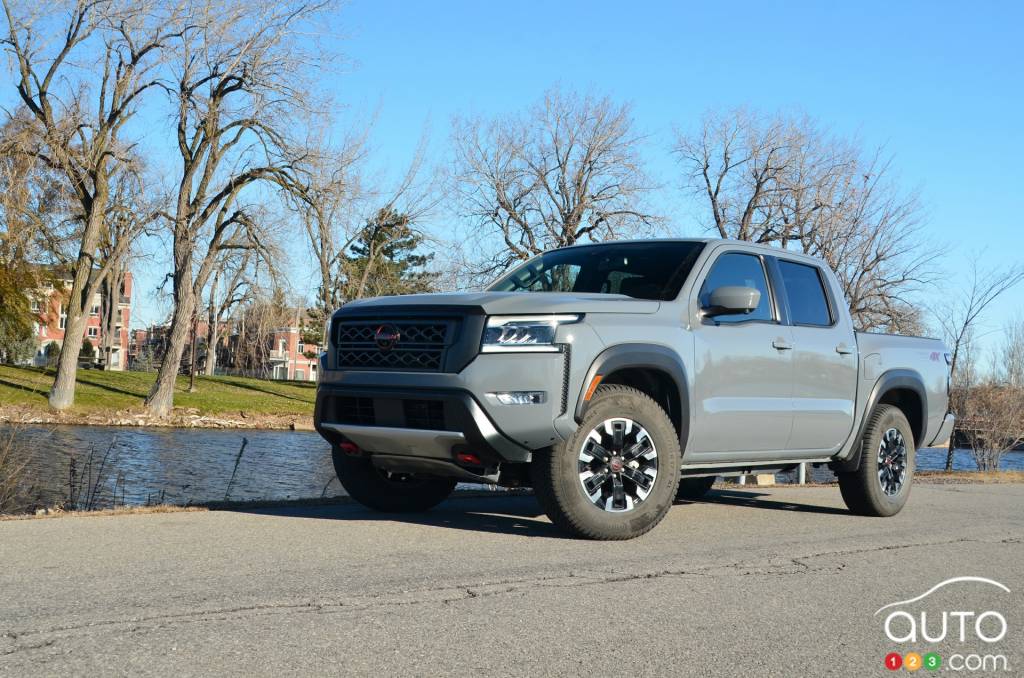 Nissan Takes Us to a New Frontier for 2022

Nissan has unveiled the 2022 Frontier, an updated and greatly improved version of the pickup truck that was aging on all fronts. Here are the pictures and al...