It was supposed to debut at the New York Auto Show at the end of August, but the cancellation of that event due to the pandemic put an end to that. Now it's done, however: the next-generation WRX has been introduced by Subaru.

As per Subaru tradition, those expecting a revolutionary change in terms of design will be disappointed The lines of the new model are very recognizable, which will please some of course.

More interesting is that this new generation is a little more powerful; but above all, it is based on a new platform. A "sportier" GT variant has even been announced, but so far that’s for the U.S. - we'll have to see what the equipment looks like on this side of the border. Sometimes manufacturers have little surprises in store for us, good or bad. 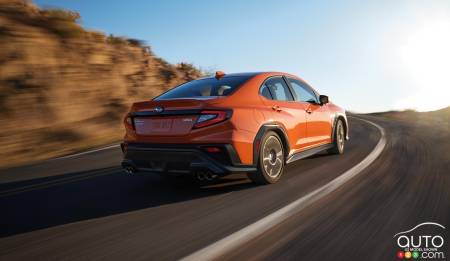 The new WRX is assembled on Subaru's global platform that currently underpins all of the brand's vehicles except the BRZ coupe, which is developed jointly with Toyota. Subaru says the new structure is stiffer and stronger and has lowered the model's centre of gravity. And, of course, all-wheel drive with torque vectoring is standard. Subaru also claims to have reduced roll by mounting the stabilizer bar directly on the body rather than on the subframe. The adoption of dual-pinion electric power steering should improve steering feel.

Either 17- or 18-inch wheels will be available, shod with Dunlop SP Sport Maxx summer tires.

As for the modest power gain we were referring to, it's only 3 hp. The 2.4L flat-4 (turbo) produces 271 hp instead of 268. Torque is unchanged at 258 lb-ft of torque. The difference is that the previous WRX was powered by a 2.0L turbo 4-cylinder. The car will of course be available with a 6-speed manual transmission, but also with a continuously variable transmission (CVT). 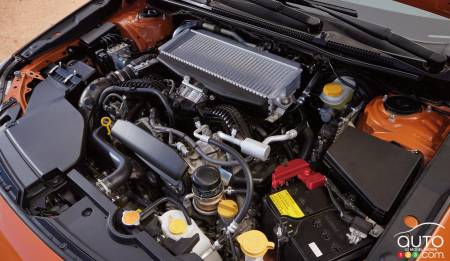 The new GT version will be delivered with adaptive shocks offering comfort, normal and sport driving modes. It will be fitted with Recaro suede seats with red stitching and distinctive 18-inch matte gray wheels.

Of course, an STI version, expected to be rated at around 400 hp, is also expected to join the lineup soon.

Inside, we're on familiar ground as well. The dominant feature is a 11.6-inch centre touchscreen, compatible with Apple CarPlay and Android Auto apps. With the outgoing generation, the screen sizes ranged from 6.5 inches to 7.0 inches, depending on the version, so that’s a major upgrade. The interior of the new WRX still relies on black, red stitching and carbon fiber accents, as well as an available 11-speaker Harman-Kardon audio system.

The 2022 Subaru WRX will go on sale early next year. For now, the model is only offered in sedan configuration.

More information will follow regarding Canadian equipment and pricing, and of course that STI variant. 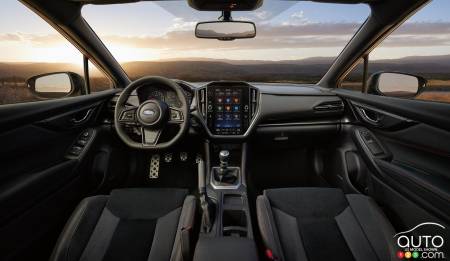 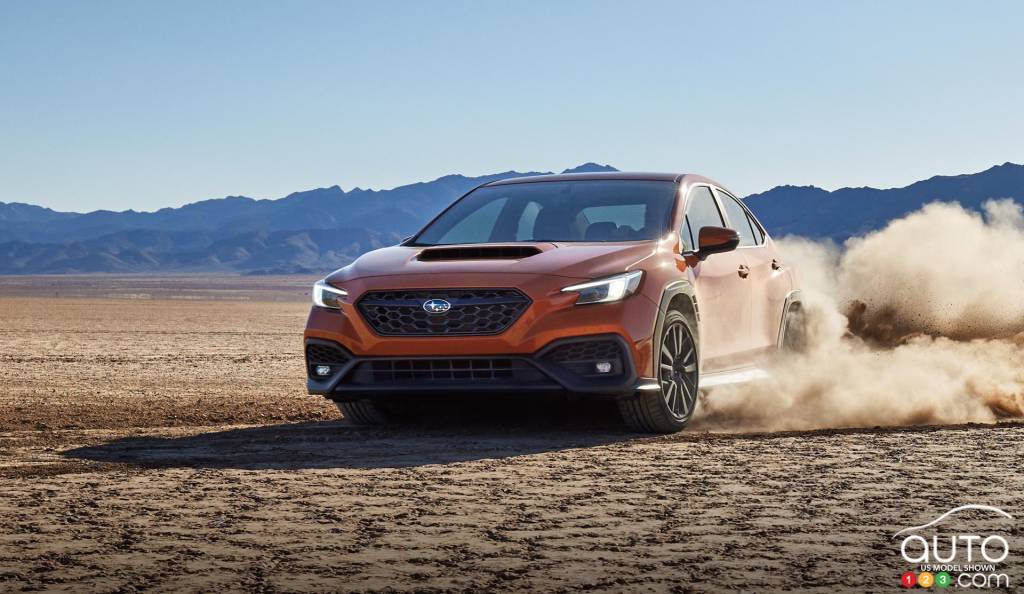 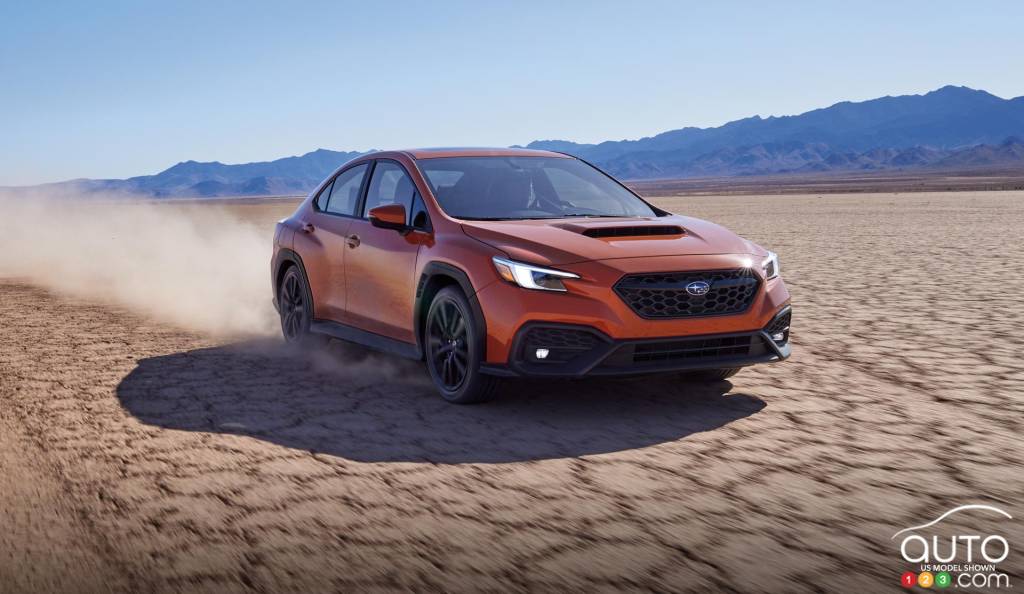 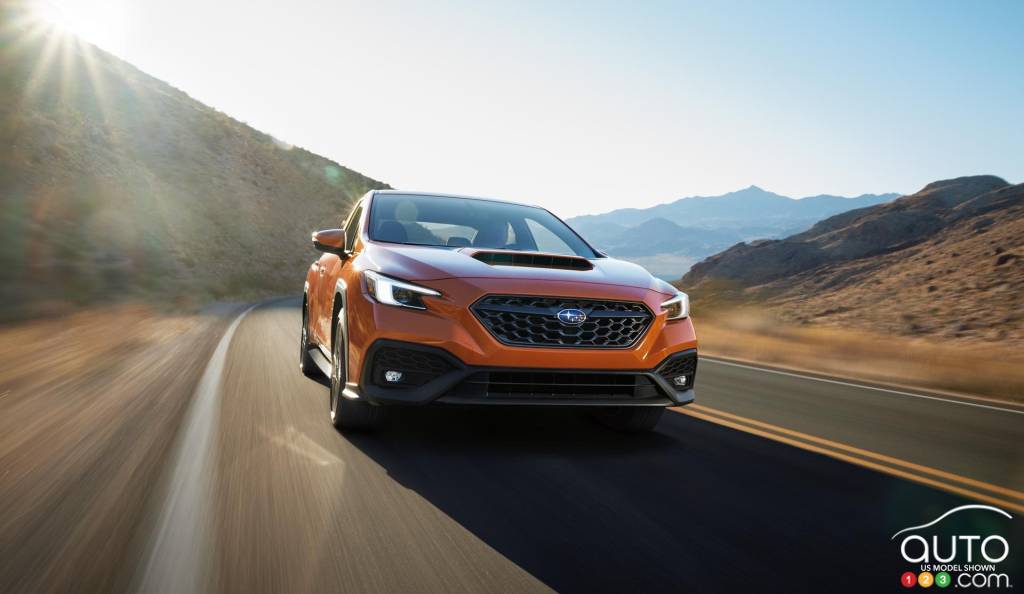 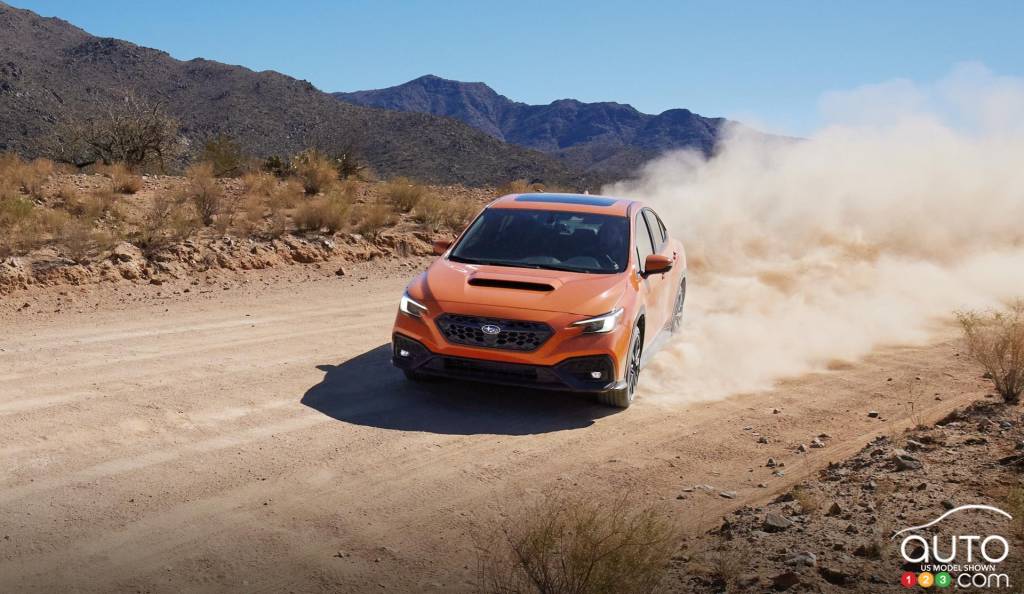 From its aggressive looks and body cladding to its exhaust report and everything in-between, the 2022 Hyundai Elantra N is a compact car that’s an event like...