It was supposed to make its debut at the New York Auto Show last week, but with the cancellation of the show was cancelled due to the increase in coronavirus cases in the U.S., the next-generation WRX remains veiled, for now.

Subaru had to rethink its strategy, and the result of that rethink is that the new generation of the WRX will now be officially unveiled on September 10.  To whet appetites, the automaker released another image of the model, which shows the car in a controlled skid; of course, the dust cloud caused by the exercise hides most of the details.

A video posted on the Subaru website is more revealing, showing black wheels, a dual exhaust system and a rear diffuser. It's also possible to hear the mechanics at work. 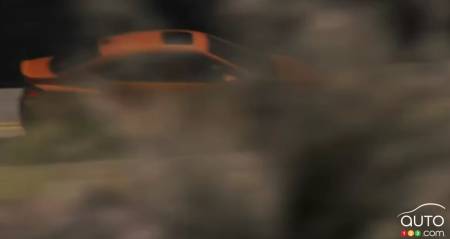 As for the origin of the WRX’s sound,  we expect it to be a 2.4L turbocharged flat-4 engine. Very likely that unit will deliver more power than the 2.0L, 268-hp turbocharged 4-cylinder of the current version, in fact speculation is it will produce 300 horsepower, though that remains unconfirmed. A more-powerful STI version with an even more sporty suspension setup and a more expressive exterior will follow.

See you on September 10 for all the details on the new WRX.

Subaru Canada has released the price range for its 2022 WRX model. The Japanese automaker’s resident sports car receives a makeover this year and is eagerly ...