Toyota Canada has announced a $45,490 price point to gain access to the much-anticipated 2023 GR Corolla performance bug, finally coming to market this fall (though the two limited-edition sportier variants won’t debut until spring 2023).

Many of the details regarding the GR Corolla were announced previously, and many of them can be found here. But here are the highlights:

- Also included is the GR-Four AWD system (Toyota’s first such system in over 20 years) with customizable front-rear power settings. 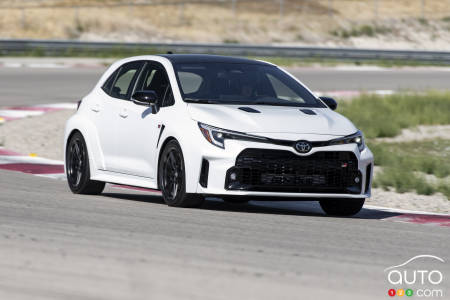 Above that sits the GR Corolla MORIZO Edition ($59,990), also to be produced in limited quantities and the most track-focused of the three versions. It gets a re-tuned engine that boosts maximum torque to 295 lb-ft. This model loses its rear seats to save weight, while in front there are Brin-Naub and synthetic leather-trimmed GR sport seats with red stitching and red mesh inserts. Other features include a close-ratio 6-speed manual transmission with an Ultrasuede-clad MORIZO signed shift knob, forged 1-inch alloy wheels, carbon-fibre roof, rear lip spoiler, vented hood bulge and a suede-clad steering wheel.

“The GR Corolla is rooted in rally. It was developed under the scrutiny of Toyota’s master driver, Akio Toyoda, and inspired by our legendary history in racing and rallying events. With a core model plus two limited editions on offer, this hot hatch is ready to rocket to the top of driver wish lists when it debuts at Toyota Dealers this year.”

Take note that we will have the opportunity to test-drive the new 2023 Toyota GR Corolla on the road AND on the track in early November, so stay tuned! 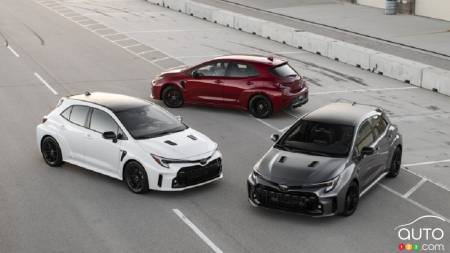 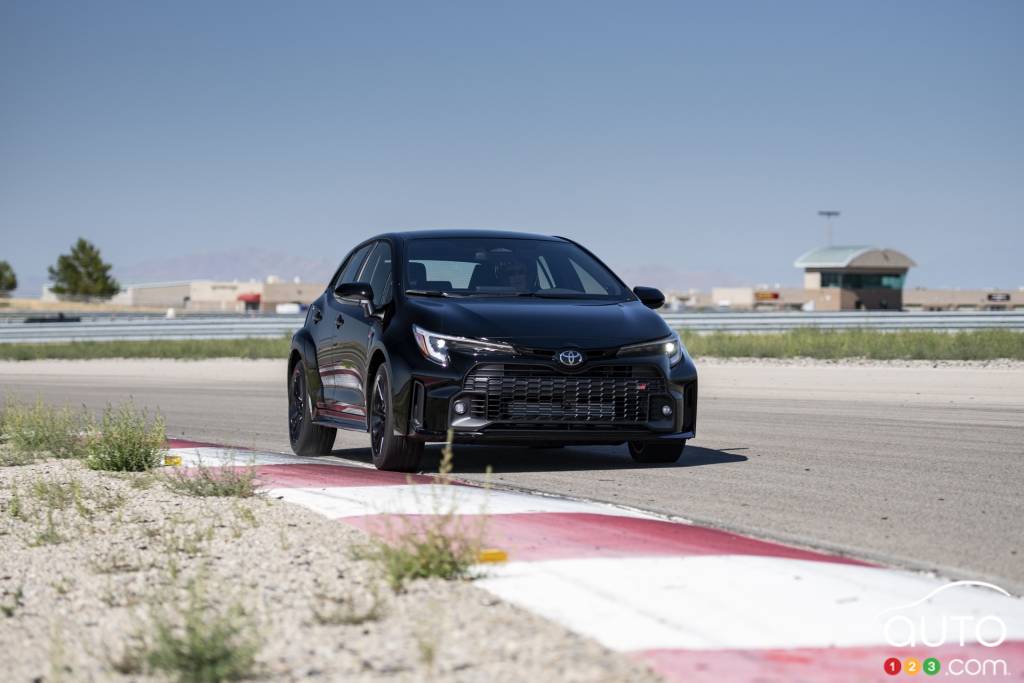 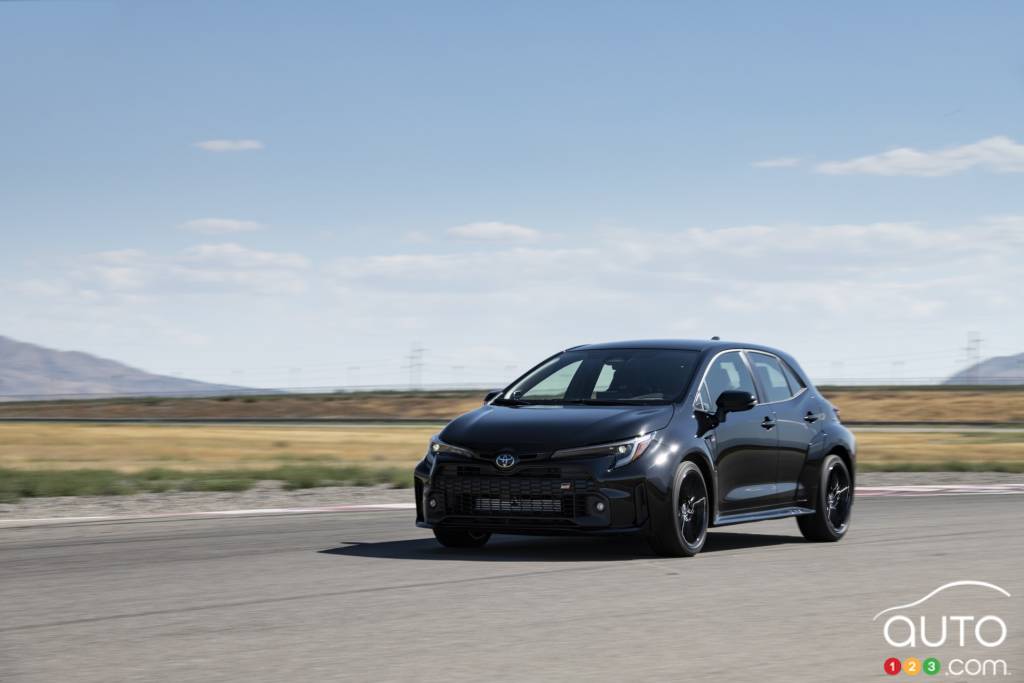 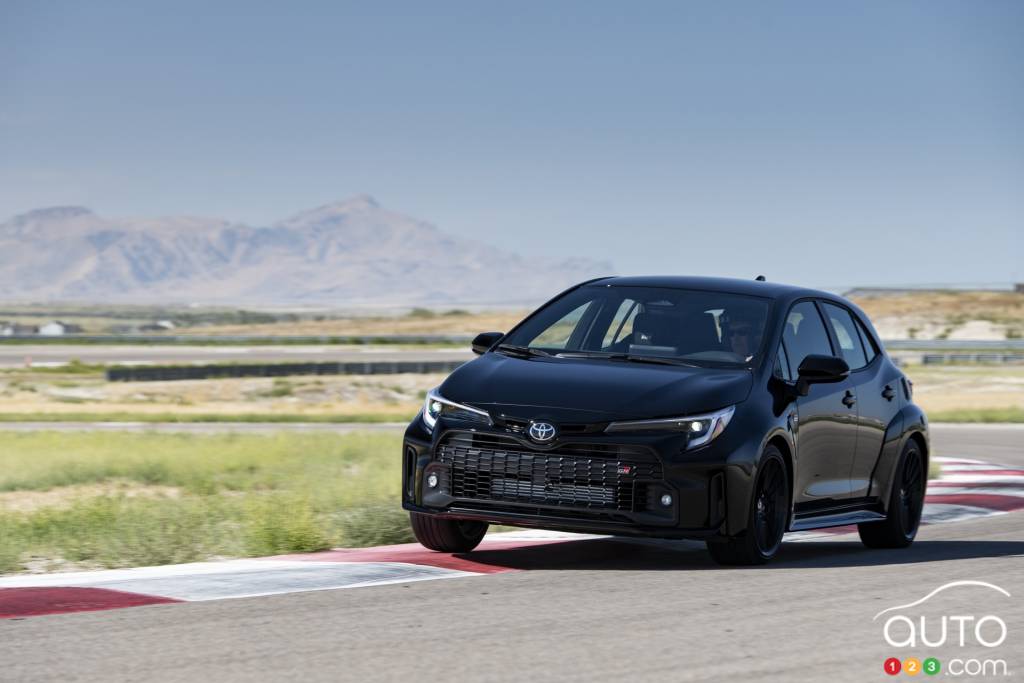 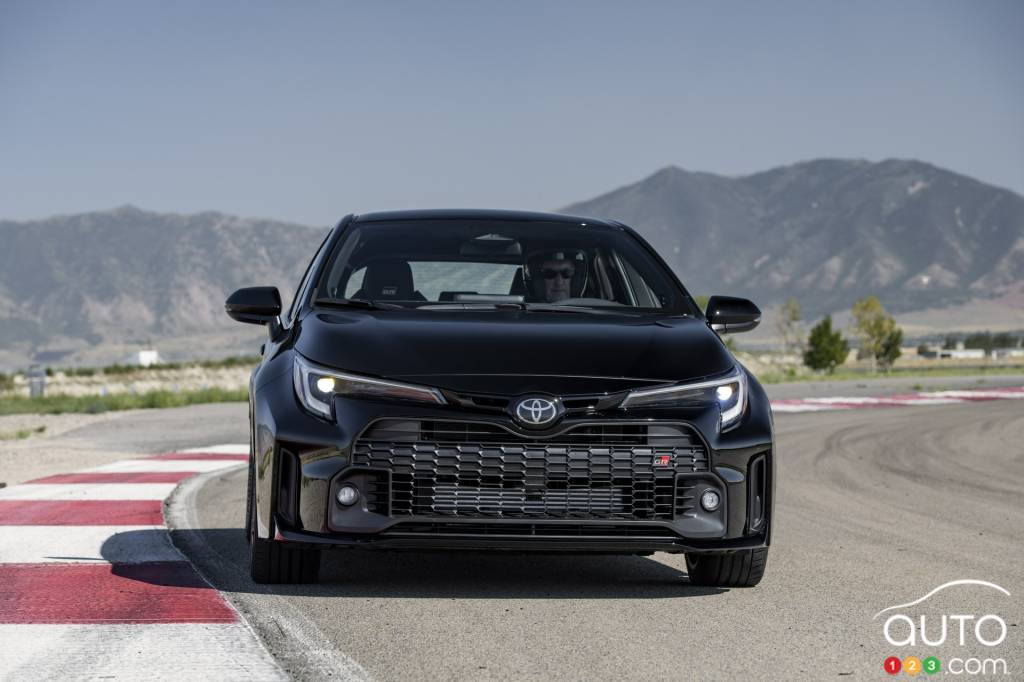 Toyota’s GR Corolla Makes its Debut: A Home Run for the A...

Toyota tonight unveiled the world’s newest pocket rocket. The 2023 GR Corolla is, of course, the highly anticipated ultra-sporty variant of a car we know wel...

Leaked images and details have delivered not just the identity of the newest GR model from Toyota but also some of its performance specs ahead of the officia...